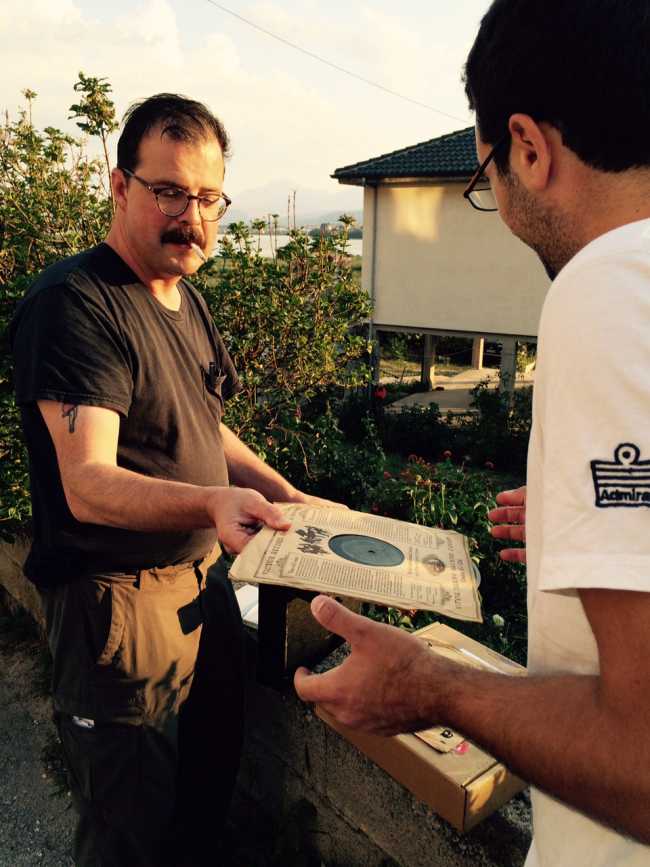 Third Man Records, rock star Jack White’s label, released a 2-disc compilation of “primeval Greek village music” called “Why the Mountains are Black”. Remastered from Grammy-award-winning producer Christopher King's expansive archive of 78rpm recordings, this compilation traces the lineage of “demotika” (rural folk music) through the mountains and across the sea, covering the time period 1907-1960. Eerie and dissonant even for Greek natives, these fascinating sounds might turn out be the world’s most beguiling folk music for the western listener.

The man who curated the collection, Chris King, is a music enthusiast and collector of older recordings, who after discovering a stack of 78s of music from the northern Greek region of Epiros, felt driven to re-release and preserve this music. Today, King boasts the largest collection of old Epirotic 78 r.p.m. discs in the world. He loves Epiros, its music and its people so much, that the residents of a tiny village called Vitsa, have named him an official citizen. “Why the Mountains Are Black” is actually the fourth in an eight-issue series of compilations of Greek/Balkan music. Previous releases are: “Vitsa:By Takimi of Epirus”; “Parakalamos:Songs by Yiannis Chaldoupis & Moukliomos”; and “Alexis Zoumbas:A Lament for Epirus, 1926-1928”.

According to review site Pitchfork, the 28 tracks King’s assembled for 'Why the Mountains Are Black' sound closer to free jazz or even drone music: “The instantly-recognizable bouzouki is largely absent, as is any distinguishable melodic patterns, with fiddles, lutes, and thunderous drums kicking up a maelstrom in its stead. The pipiza (a blaring, needle-sharp wind instrument) takes on a role akin to a jazz saxophone, screeching stream-of-consciousness phrases above the din like a furious harpy. And yet—these are celebratory songs with clear form and purpose, defined dances that continue to be performed to this day, if not on a national scale, then on a local one”. 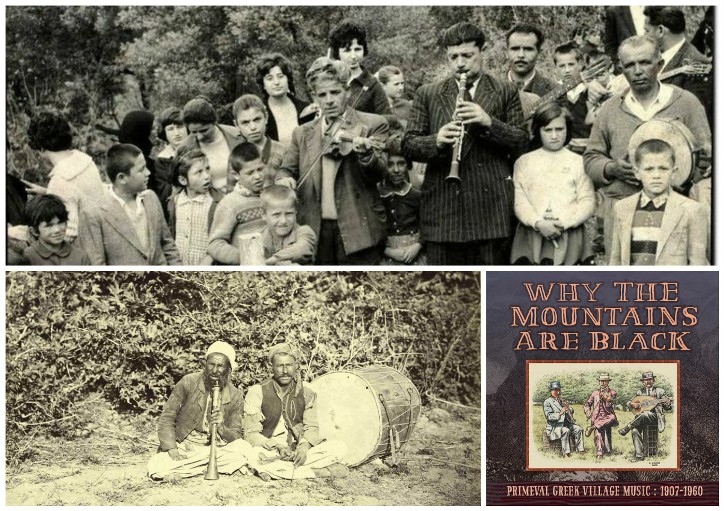 As King explains: “The central purpose of many of the sides collected here is not to be understood as simple entertainment but rather as profoundly existential — the function of music among the countryside dwelling Greeks was both to ameliorate an often short, hard and somewhat isolated life but also to protect against…the times of crisis, danger, uncertainty, pain, longing and death that faced rural Greeks for millennia.”

Chris King is currently writing a book on the music of Epirus (to be published by W.W. Norton & Co. in New York), that according his recent interview in ‘Neos Kosmos’, “it is essentially a music travelogue, where I combine philosophical inquiry, anthropological investigation and historical research to tell the story of the ancient music of northern Greece”.

Below you can listen to the song "Alimbeis" from one of King's previous collections “Alexis Zoumbas: A Lament for Epirus, 1926-1928”: