A Hopeful Comeback for Endangered Sea Turtles and Seals in Greece

Long term protection pays off in Greece and this year marked a preservation status improvement of the Caretta Caretta Sea Turtle and the Mediterranean Monk Seal in the global Red List of Threatened Species of the International Union for the Conservation of Nature (IUCN).

The nesting season of marine turtles has already started in the Mediterranean and the world’s largest hard-shelled turtle, the endangered loggerhead, also known as the Caretta caretta, is enjoying a new lease on life in Greece’s shores, which are among the most popular nesting sites along the Mediterranean, with more than 3,000 nests per year.

More than 500 nests were already identified on the Ionian island of Zakynthos, the largest nesting ground in the Mediterranean, during an survey carried out early last month by the Sea Turtle Protection Society of Greece (Archelon) on the beaches of the National Marine Park of Zakynthos, making 2016 one of the best years in a decade. A following survey by Archelon found that the number of nests in Southern Kyparissiakos Bay in the western Peloponnese, the second largest nesting area in the Mediterranean, already surpassed the 1.000 mark for 2016. 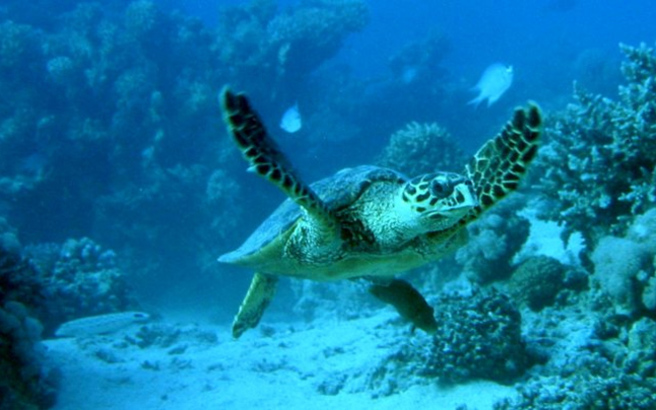 Caretta caretta recently changed category in the IUCN’s Red List of threatened species, from “endangered” which had been assigned since 1996, to “Vulnerable” and its Mediterranean population is listed now as of “Least Concern”. However, species assigned to the “LC-Least Concern” category are not necessarily safer nor does it mean that these species are of no conservation concern and their protection must stop. It mostly indicates that they are of lesser concern than species in other threat categories and are not in danger of extinction in the near future on the condition that their current status remains the same.

The new listing of Caretta caretta in the Mediterranean actually reflects the success of all the important conservation actions that take place all these years in Greece, which must continue on by international and local groups. As Archelon puts it “all loggerhead subpopulations are still in need of intensive conservation measures to improve or to maintain their current conservation status”. “Apart from the good feelings this news has been to all of us concerning the survival of the protected sea turtle Caretta caretta, it also creates the need for more attention on the part of visitors vacationing on nesting beaches and of professionals working in these areas,” said the National Marine Park of Zakynthos in a statement.

After 25 years of systematic efforts to preserve the species, the first results are now starting to show and the IUCN preservation status for the Mediterranean monk seal  dropped down one category in the endangered species list, from “critically endangered” to “endangered”, according to a Hellenic Society for the Study & Protection of the Monk Seal (MOm) announcement last February. 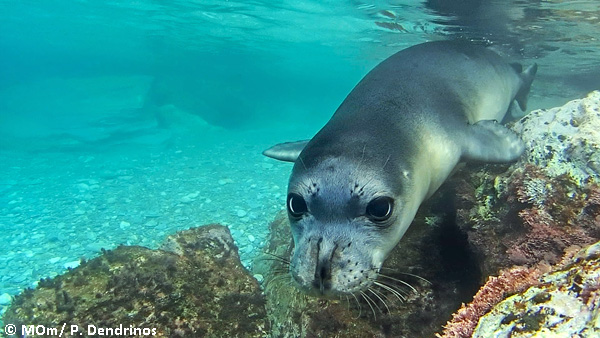 This unexpected positive outcome was based on the scientific reassessment of the species requested by IUCN from the special investigators of MOm, who, in cooperation with experts from around the world gathered and evaluated the most recent data and found positive developments in at least three of the four main regions of the monk seal's range, among them Greece. What seems to be playing a significant role in the betterment of the species’ status is the now positive attitude by the majority of the citizens, as a result of information, environmental education and general awareness. However, the danger of the species’ extinction has not been eliminated as the populations remain small and fragile while most of the main threats for the species remain substantial, such as the habitat degradation and competition with human fishing. 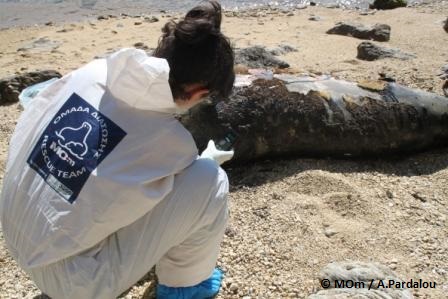 "The Mediterranean seal is still at risk of extinction but a step has been made in the right direction for its protection and we are seeing signs of recovery," MOm scientific coordinator Alexandros Karamanlidis told Greece’s news agency, noting that Greece hosted the largest and most important monk seal colony at present.

Mediterranean monk seals are considered one of the world’s most threatened marine mammals. Once widespread throughout the Mediterranean, the Black Sea and the northern coast of Africa, their numbers have declined dramatically for most of the twentieth century. This is due to major threats from adverse fishing interactions, often leading to conflict over fish stocks, displacement, entanglement in fishing nets and persecution, as well as human invasion of habitat leading to habitat loss and deterioration. The number of mature individuals in the eastern Mediterranean (the largest subpopulation) is likely fewer than 250, and 100-200 occurring in the other known subpopulations.