Athens commemorates the 72nd anniversary of its Liberation from the Nazi Occupation with a series of events taking place throughout the month of October in several venues across the city under the title “12 October - Free Athens”.

Athens was liberated on 12 October 1944, an event that has only recently been marked, largely due to the efforts of Greek historians. 2015 saw the first official commemoration of the city’s liberation.

The programme of festivities, held under the auspices of the President of the Republic Prokopis Pavlopoulos, includes historical walking tours, concerts, documentaries, history lectures, various tributes and seminars for secondary school teachers.

In this context, the General Secretariat for Media and Communication is organizing a Colloquium on "Press & Propaganda during the Occupation and Liberation", Thursday, October 13, 2016, at 12:00. The Secretariat is also hosting the “Athens 1940-1944. The city and its people. War, occupation, resistance, liberation” exhibition of archival and photographic material.

Greek News Agenda spoke* with one of the events’ organizers, the historian Yannis Skalidakis about the significance of this anniversary, its particularities as well as the importance of the Greek 40s for the Greek and European history:

Most European countries celebrate the day of their liberation from the Nazi rule as their World War ΙΙ Memorial Day. What is the case in Greece?

In Greece, the national holiday related to the country's participation in World War II is on 28 October, when, in 1940, the country entered the war against the attack of fascist Italy. Unlike other countries, Greece celebrates the beginning and not the end of the war. This is related to the fact that the liberation of Greece - under a national unity government - was followed by a bloody civil war, which has its roots in the period of the Second World War.

What is the significance of the Greek 40’s for Greek and European history?

For Greece, the 1940s is probably the most important decade of the last century, since during the Occupation, there was formed the National Liberation Front (EAM), a unprecedented mass resistance movement which has prevailed in most of the country during the Liberation. Then, in the second half of the decade, a very violent civil war took place (1945-49), with the aim to beat down the dominance of the Left. The consequences of these events - political, social as well as economic - still weigh heavily on today’s Greece.

At a European level, the Greek resistance movement has been among the largest in the continent, and the Greek Civil War is a very special event, which determined but was also determined by the Cold War in Europe. 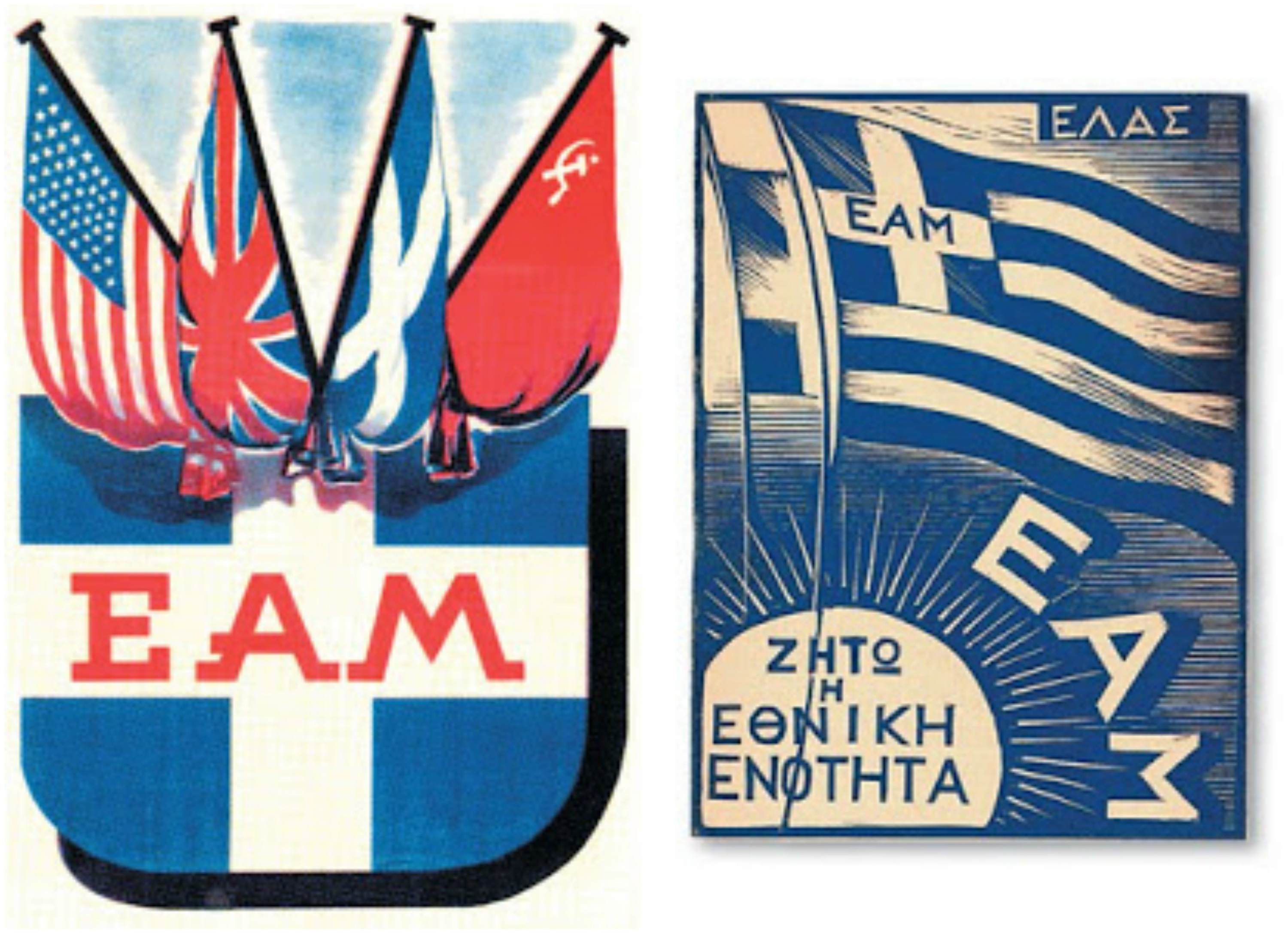 Can you tell us more about the Greek society and social / class relations during the liberation period? What is the importance of popular support towards the Greek resistance forces?

Greece was at the time a country with a destroyed economy and with huge social inequalities between the majority of people, who were extremely destitute, and a minority - certainly not negligible - which have made profits during the occupation period and feared for their fortune and their property.

Toward the end of the occupation, EAM was an enormous movement with millions of members and a Political Committee of National Liberation, which in most of the country, played the role of a de facto government. The people’s expectations for a better future, after the experience of the dictatorship of the years 1936-1941, and the Nazi occupation that followed, were very high as were the demand to punish the collaborators: Social inequalities during this period were very acute.

What is the scope and the main goals of the “Athens 1940-1944. The city and its people. War, occupation, resistance, liberation” photographic exhibition?  What has been the public’s response so far?

The series of events "Free Athens" taking place during the month of October throughout the city, aim to establish 12 October as a day of memory and celebration for Athens. The response of the public last year, was enthusiastic. In this context, the exhibition of photographs and archives of the time is an important part the celebration.

What is the level of public awareness as to what happened during World War II? How has the public history of this period influenced the public sphere and politics in Greece?

The 1940s are a turning point in Greek history, and almost every family still retains memories of that period. And the knowledge about this period - even if it is subjective - is very rich compared to other historical periods. Moreover, during the current politically unstable times of crisis, there is certainly a renewed interest for this period.

Thanks to the British Pathé archives, footage exists from the day the Greek People’s Liberation Army (ELAS) and British troops entered Athens: