The workshop, taking place during October 26-28 & 30, brings together urban practitioners and members of co-housing projects from Zurich, Leipzig and Athens to share their expertise, collaborate and examine the prospect of a realistic implementation of co-ownership models in Athens. 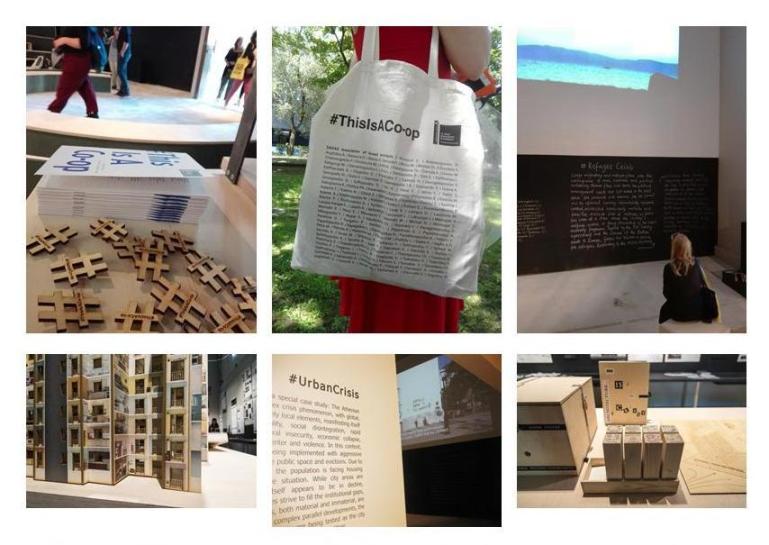 The aim of the workshop is to address the issues currently at stake in Athens, such as the transforming housing needs, the degradation of urban fabric, the social protection of the new middle-low class and their right to the city; to explore ways of urban resistance to massive speculative real-estate development in the center of the city through paradigms already tested abroad.

The workshop is organized by Co-Hab Athens, NetHood (Zurich), & INURA Athens and supported by the Association of Greek Architects (curator of the Greek Pavilion) & MAZI project.

The MAZI project, funded under the H2020 CAPS initiative started in January 2016 and will run until December 2018. MAZI means “together” in Greek and the goal of the project is to create an alternative technology, what called Do-It-Yourself networking, a combination of wireless technology, low-cost hardware, and free/libre/open source software (FLOSS) applications, for building local networks, known ascommunity wireless networks. The MAZI project includes four pilot studies, in Germany, Greece, Switzerland and the UK.

#ThisIsACo-op, Greek Pavilion in the Biennale

The Greek Pavilion in the Biennale, named #ThisIsACo-op (a play of words on the hashtag  #thisisacoup) is a collaborative experiment, an open, bottom-up workshop, made up of the Association members that responded to the Association of Greek Architects’ open call. The pavilion revolves around five thematic categories / fronts of the crisis: Urban Crisis, Refugee Crisis, The Crisis of Architectural Profession, Space as Commons and On collectivity. In addition to the exhibition of 29 projects, the Greek Pavilion hosts a series of participatory workshops and site-specific events and has produced a large number of theoretical texts.