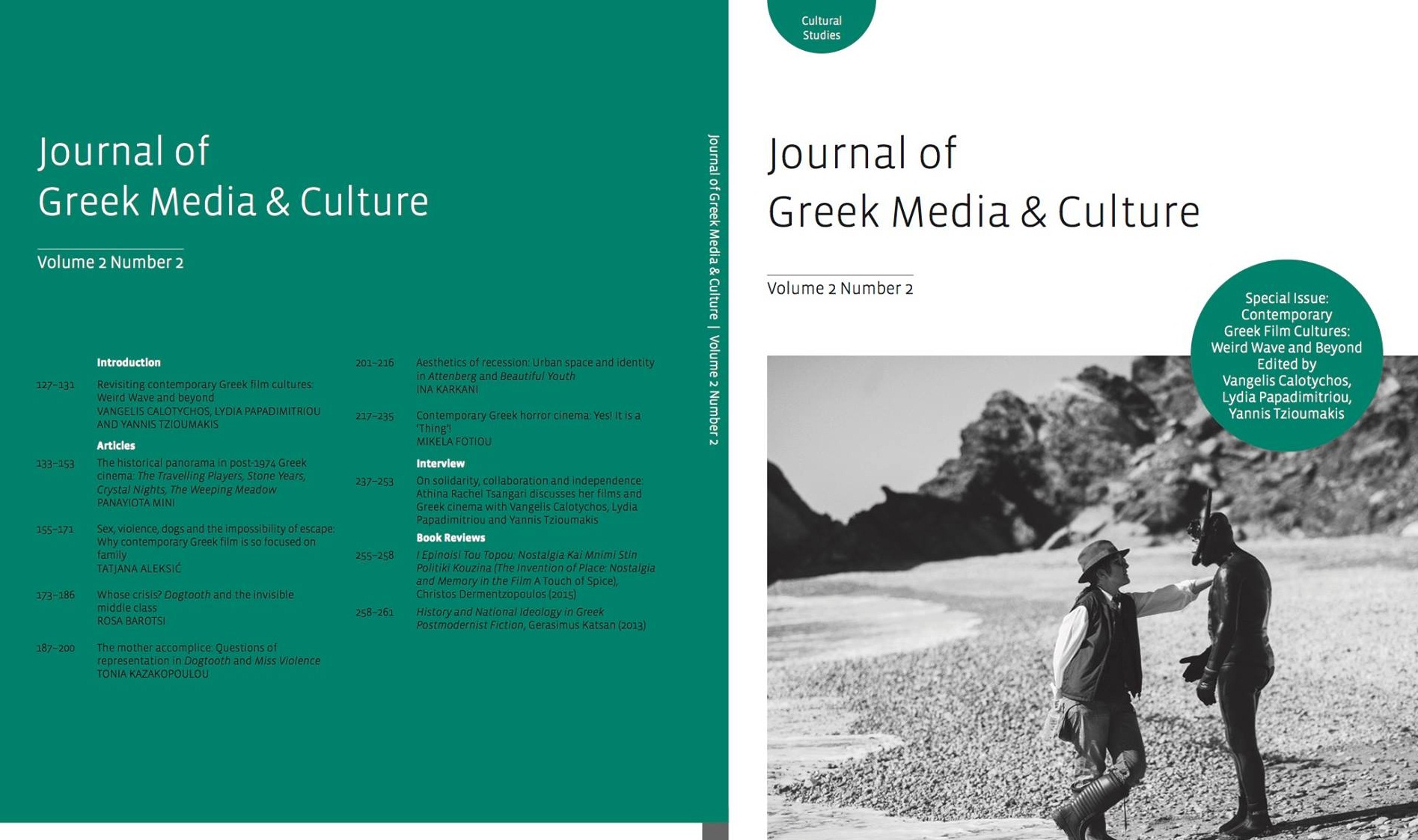 The Journal of Greek Media and Culture is a new interdisciplinary peer-reviewed journal that aims to provide a platform for debate and exploration of a wide range of manifestations of media and culture in and about Greece. The journal adopts a broad and inclusive approach to media and culture with reference to film, photography, literature, the visual arts, music, theatre, performance, as well as all forms of electronic media and expressions of popular culture. While providing a forum for the close analysis of cultural formations specific to Greece, it aims “to engage with broader methodological and theoretical debates, and situate the Greek case in global, diasporic and transnational contexts”.

The new Journal is published two times a year and is released both in print and digital form. The principal editor is Lydia Papadimitriou, a Reader in Film Studies at Liverpool John Moores University, together with some distinguished academics in UK universities in the editorial board, such as Dimitris Eleftheriotis, Vassiliki Kolocotroni, Dimitris Papanikolaou, Eleni Papargyriou, Yannis Tzioumakis.

The editors have stressed that "The main aim of this interdisciplinary journal is to enable productive dialogue on and about Greek media and culture at an international scale. The gradually increasing publication in English on topics related to Greek media and culture shows that such dialogue has already begun; however, the dispersed nature of the sites of publication, and the difficulties in reaching relevant readership, intensified the need for a periodic platform that would act as a hub for such exchanges. The Journal of Greek Media and Culture aims to fill that gap."

Weird Wave and Beyond

In order to acknowledge and assess the importance of contemporary Greek cinema for Greek society and culture as well as in relation to European and global frames of cultural reference, the Hellenic Studies Programme at the University of Washington hosted the International Conference, Contemporary Greek Film Cultures 2015, on 8–9 May 2015. Held for the first time by a North American Hellenic Studies Programme, this two day conference was a continuation of the International Conference Contemporary Greek Film Cultures 2013 that took place at the Hellenic Centre in London on 5–6 July 2013.

In their introduction (Revisiting contemporary Greek film cultures: Weird Wave and beyond) the editors explain:

“The financial crisis since 2009 has devastated Greece, led to unprecedented political fragmentation and social turmoil, and cast a long, dark shadow over the cohesion of the European Union. It has also coincided with a number of acclaimed, international prize-winning films by a generation of Greek filmmakers who have responded to the effects of the crisis in resourceful, compelling and unexpected ways.

Capturing the tumult of the current precarity, these films offer surprising, innovative and subtle commentaries on the complex social, political and economic problems faced by Greece. They also reassert the centrality of film at a time when the Greek film industry is itself undergoing profound changes and serious challenges on account of the crisis…”

In her interview Athina Rachel Tsangari discusses her formative influences in American indie cinema, and links them to her role as educator, as well as her approach to film-making. After providing some insights into her working practices and her collaboration with Yorgos Lanthimos upon her return to Greece, she discusses extensively her latest work, and especially her highly acclaimed film, Chevalier (2015).

The interview is preceded by six articles that reflect the emphasis placed at the conference on the more recent Greek cinema, aspects of which have been popularized under labels such as the ‘New Greek Current’ or the ‘Greek Weird Wave’, although “There remain legitimate debates as to whether these new trends (and the economic debt crisis in Greece itself) emerged at an earlier time in the decade, not only in the work of filmmakers who have since been identified with these trends, but also in the work of other Greek directors working in film”.

Thus, the first article in the volume by Panayiota Mini focuses on a prior current or wave in Greek film-making that also caught international attention at a time of intense political strife surrounding Greece. ‘The New Greek Cinema of the 1970s’ emerged at around the time of the military dictatorship in Greece and gave impetus to a heavily politicized, interpretative form of historical auteur film-making that marked Greek film abroad in subsequent decades.

In her article (Sex, violence, dogs and the impossibility of escape: Why contemporary Greek film is so focused on family), Tatjana Aleksic´ focuses on two recent Greek films, Kinodontas/Dogtooth (Lanthimos, 2009) and Miss Violence (Avranas, 2013), as offering a critique of the model of family repression. It argues that the films in their seemingly different aesthetic choices make similar points about the familiy that does not merely reflect social pathologies but likely also produces them. The families in both films are exposed to forms of control by a fatherly figure who dominates and almost entirely determines the content of the families’ daily lives. They inhabit lives and living spaces that visually, as well as narratively, offer no space for dissent or escape. However, the family members themselves, and especially their mother figures, are likewise perceived as semi-willing accomplices in the repressive scheme, as afraid of the male tyrants, as of the idea of their own liberation.

In her contribution to the volume (Whose crisis? Dogtooth and the invisible middle class), Rosa Barotsi  focuses on Lanthimos’s Kynodontas/Dogtooth (2009) that has been viewed by audiences, journalists, critics and the Greek political class alike as tapping into the issues that stand at the heart of the contemporary political moment. Reception of the film has often focused on the allegorical family in relation to the malaises of neo-liberalism, austerity and the crisis. One of the most crucial aspects of this type of account, the economic well-being and class identity of the family, has strangely failed to be taken into consideration. This article shows that the upper middle class status of the fictional family is one of the premises of the dystopian world of Dogtooth, and demonstrates the various ways in which the omission of the family’s financial prosperity has been central in the rhetoric used to discuss the film’s ostensible political import. 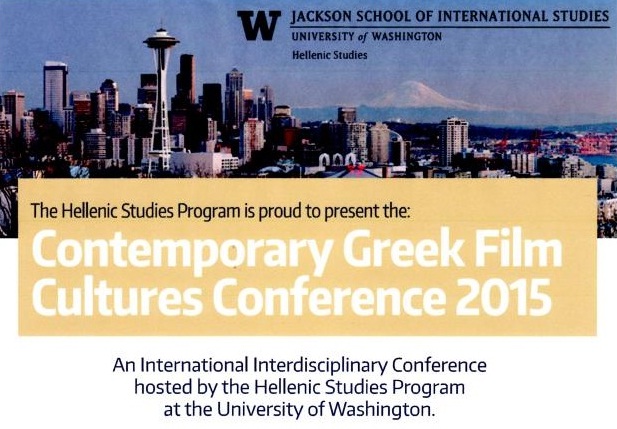