A Hotel Room with a View

This weekend (2-4 December) is your last chance to visit Room18, an entire exhibition dedicated to the design of urban hotel rooms in Greece and featuring three  life-size award-winning room designs at the Benaki Museum on Pireos Street. Room18 is a project organized by International Architecture Review DOMES that aims at opening a dialogue between tourism and architecture, as well as exploring the relation of the modern traveler to her temporary accommodations. The rooms built for the exposition are the winners of a pan-European design competition for the design of a typical Greek hotel room (18–24m2) based on the specifications set by the Greek tourism ministry for a four-star hotel.

Greek architect Leonidas Papalampropoulos won the first prize for the competition for his design "Elyseum & the politics of the golf course" inspired by the Champs-Elysées: his park-like room,  with landscape grass flooring and walls entirely covered in mirrors, creating a sense of the countryside. According to the architect the room works “as a vast landscape, a rest point of leisure”.

Talking to newpaper "Athens Voice" the architect, who has also won an award for the ocnstruction of the Leivatho Hotel, said that his design "is a comment on a future state. We have already developed technology that mimics sunlight. So the distinction between indoors and outdoors, inside and outside becomes less apparent. It is also a political structure, a comment towards who is considered virtuous and who not...". Commenting on the concept of leisure, Papalampropoulos said that "whether the traveler actually rests remains a question, posed by the project itself. As for the sense of escape from the urban landscape, I would say that there is a need to redefine our living conditions." 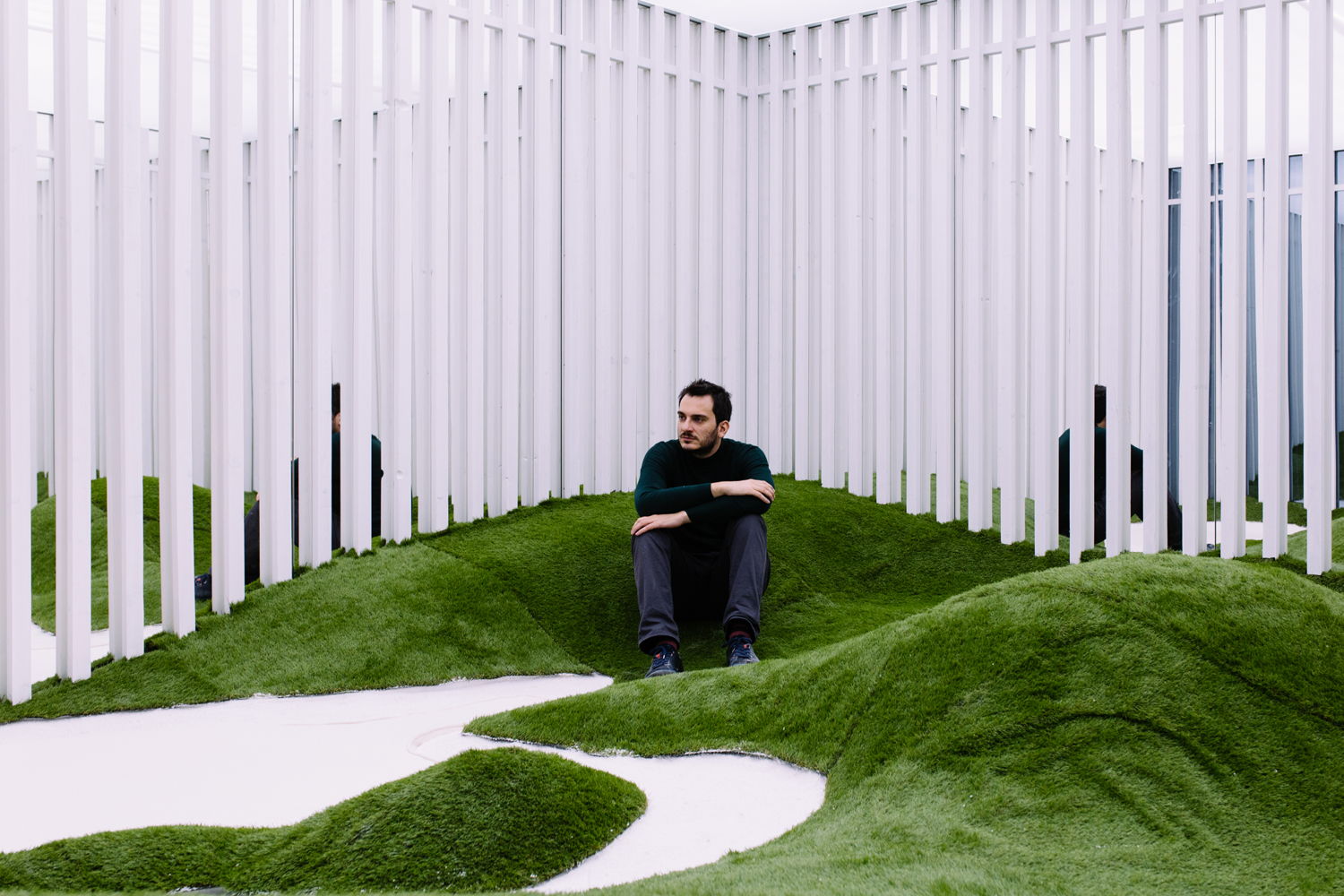 Also built in real-life size for the exhibition are João Prates Ruivo’s (2nd Prize - Portugal) "room-corridor" where the height of all the furniture can be adjusted and changed and  Sara Navazo Saez De Arregui & Edorta Larizgoitia Andueza’s (3rd Prize - Spain) "sleep area in a floating dream box." The exhibition is held in a space of 500 square metres, where the visitors will have the opportunity to wander through the rooms and experience a space that, according to the organisers, "defies the conventional boundaries, focusing on the concept of residence, as a separate structure that creates new feelings and perceptions."

"This exhibition is not of a utopian nature. It aims at tangible results, at influencing the way of thinking of all those involved in tourism (architects, hoteliers and others), and perhaps at stimulating the minds of potential residents, so that they seek out not just the experience of the hotel but also of the room that they will occupy," said architecture professor Dr. Georgios Panetsos. This was the first time that an attempt was made to actually implement the results of an architectural competition in Greece, he added, while noting that the entries in the competition had exceeded expectations, both in terms of their number and their quality. The exhibition will also present, in the form of A1 signs, all of 262 designs submitted to the Room18 competition, by 582 participants from 17 countries. 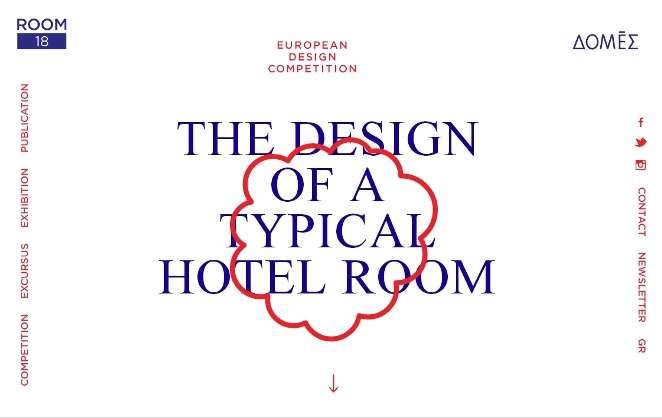