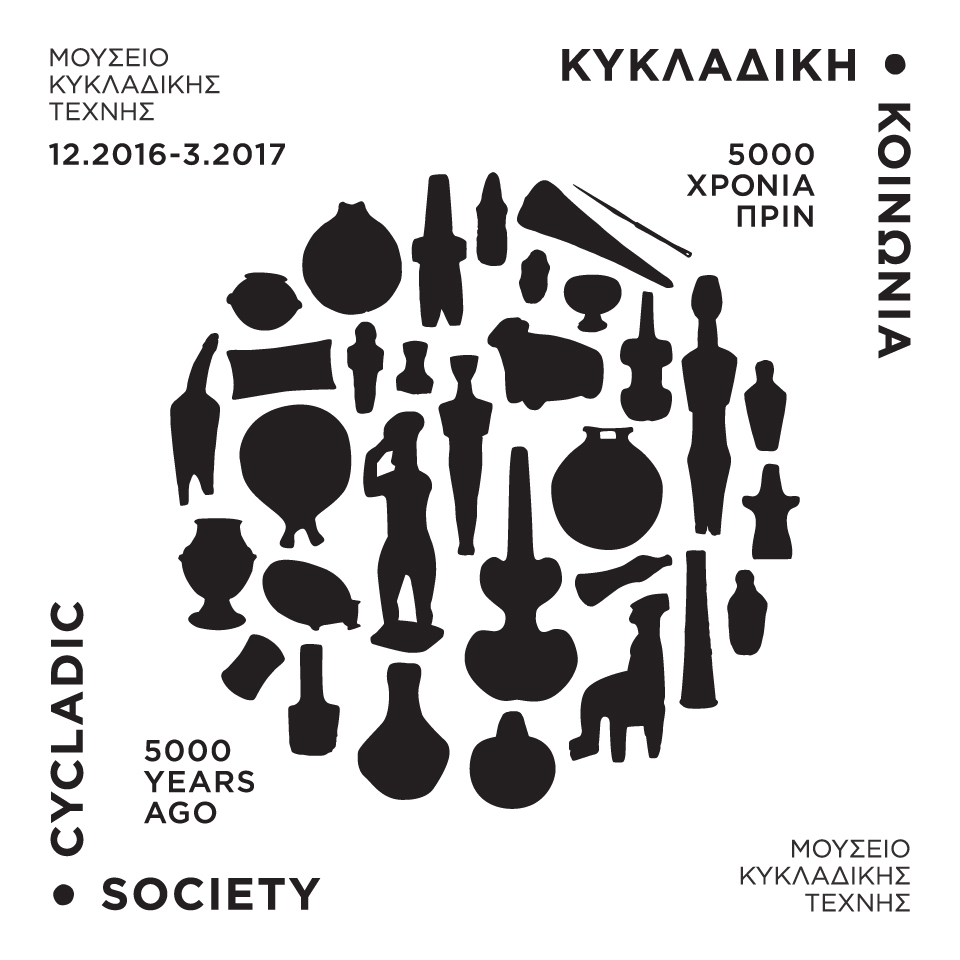 What was everyday life like in the Cyclades five millennia ago? The Museum of Cycladic Art celebrates 30 years of creative presence with a unique exhibition entitled “Cycladic Society 5,000 Years Ago” running until March 31, 2017.

The aim of the exhibition is to open a window to the past and give visitors an opportunity to immerse themselves in the daily existence of Protocycladic societies, by uncovering aspects of their beliefs, occupations, hierarchy and natural environment.

Cycladic figurines, in their present form, with their simple shape and clean outline, became popular through their association with the abstract art of modern artists like Modigliani, Brancusi, Matisse, and Picasso. Viewed primarily as works of art, they were often presented in a strictly typological manner, without reference to their creators’ cultural sphere. Moreover, a great deal of mystery still remains about life across the Cycladic Archipelago, due to the absence of written records from that time.

But the exhibition “Cycladic Society 5,000 Years Ago” aspires to fill that void and explore the daily life and undertakings of Cycladic islanders 5,000 ago. As Professor Nikos Stampolidis, the Museum’s director, explains: "For the museum's 30th anniversary, I proposed a teaching exhibition that shows what Protocycladic society was really like; it has been misunderstood because its art has been associated mainly with artists of the 20th and 21st century. This happens because until now we have no written reports, not from inscriptions, nor in documents. Only the Cycladic art stands as a silent witness, helping us read a writing that did not exist for their society”. 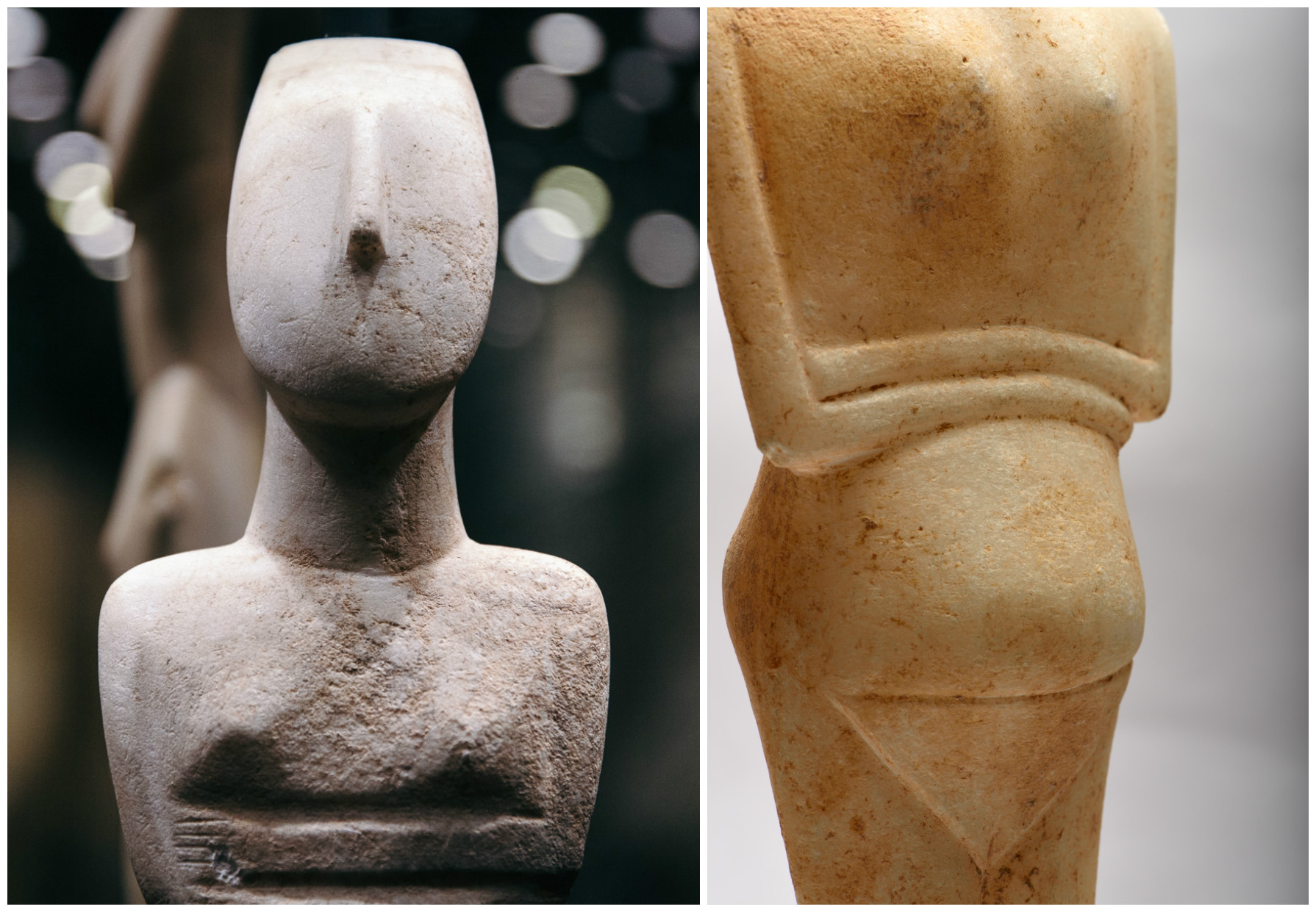 Specifically, the exhibition is divided into five thematic sections: a) social nuclei, b) activities, arts and crafts c) social life, d) social hierarchy and e) life and death – beliefs and cults, attempting to explore and give answers to the following questions:

Organized in collaboration with the Hellenic Ministry of Culture and Sports, the exhibition showcases around 200 ancient artifacts from the collections of the Cycladic Art Museum, the National Archaeological Museum, the Archaeological Museums of Naxos, Syros, Apeiranthos and Paros, as well as the Paul and Alexandra Kanellopoulos Museum. Among the artifacts are a mother and child, a round-bellied pregnant woman, a woman with exaggerated buttocks, fragments of sculptures depicting embraced forms - all of them expressing a small community's emphasis on fertility and family.

In addition to the many Cycladic idols reflecting all periods and expressions of art in prehistoric island society, the Apeiranthos Museum has also contributed two rock paintings, one depicting a ceremonial dance and the second a hunt, while the exhibition is further enriched by ceramic and ceremonial vessels, animal figurines, pyxis (jewelry boxes), jewelry, bronze hooks, bone pins, shells and pottery spindles. 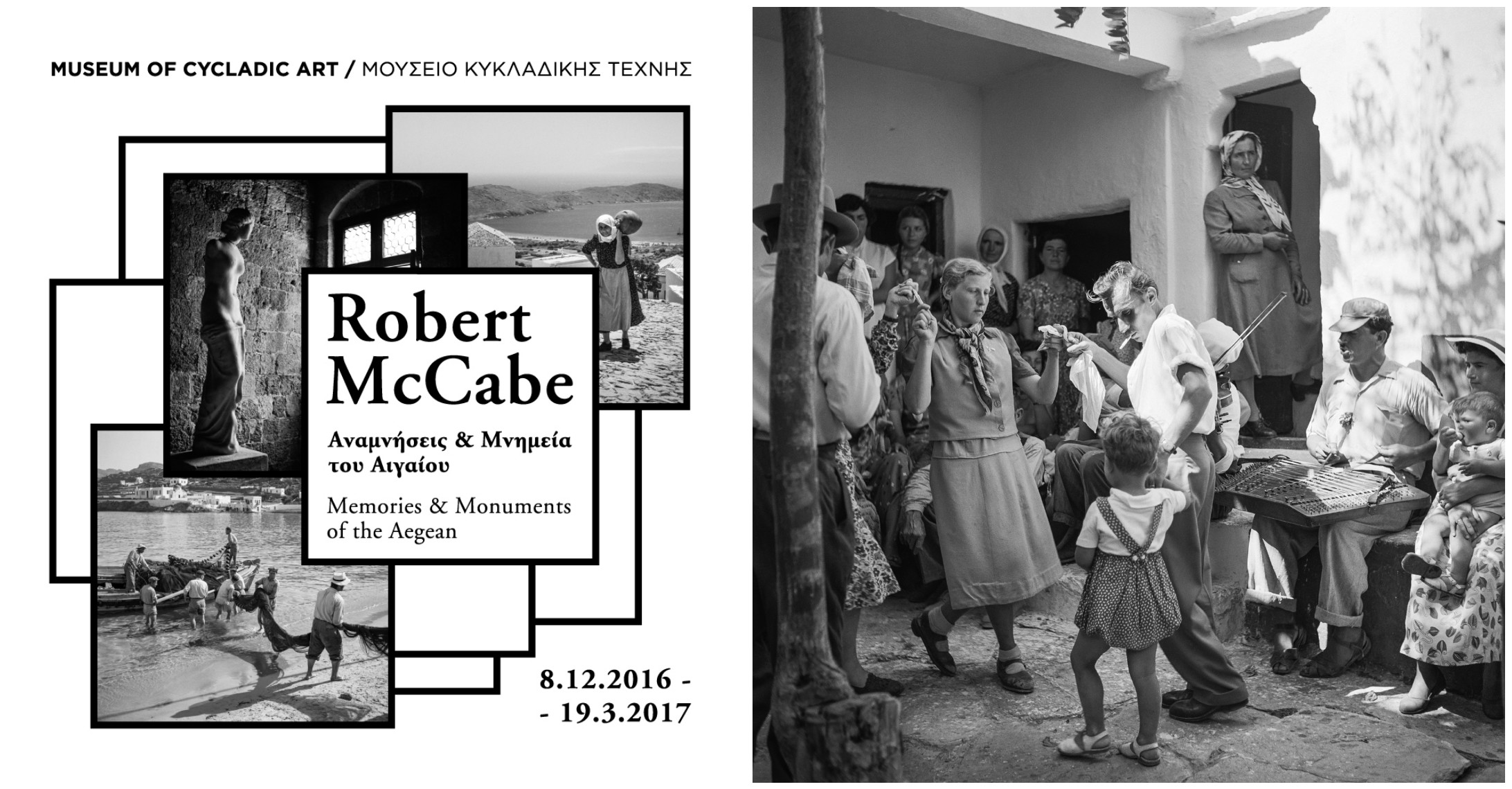 In parallel with the main exhibition, the Museum of Cycladic Art also presents the photo exhibition "Robert McCabe - Memories and monuments of the Aegean" (December 8, 2016- March 19, 2017). The exhibition of the renowned photographer, Robert McCabe, includes two sections with a different theme, linked by the Greek seas and the critical role they played in human societies in the Aegean over the centuries.

The first section consists of 40 photos illustrating important aspects of life in the Aegean in the 1950s and 60s. At that time, everyday life flowed without electricity, roads, motor vehicles, telephones, running water and ferries. The infrastructures that were available to people in the '60s, had changed little compared to 5000 years ago, making an interesting “dialogue” with the Museum’s main exhibition.

As far as the second section is concerned, it showcases 33 photos of archaeological sites by the sea; most of them were taken in 1954 and 1955, when these areas were very much as they had been described by travelers who’d visited Greece in the 19th century.