Ancient aqueduct in Samos island, restored and open to visitors

The Eupalinos tunnel, built approximately 2500 years ago, is considered as the first underground project excavated with a contemporary geometry-based approach and for that reason considered one of the most significant technical achievements of Greek antiquity. The tunnel will be very soon accessible by visitors and Minister for Culture Lydia Koniordou, while visiting the tunnel after its recent restoration, stated that "The acquaintance with the Eupaline tunnel is a life experience". 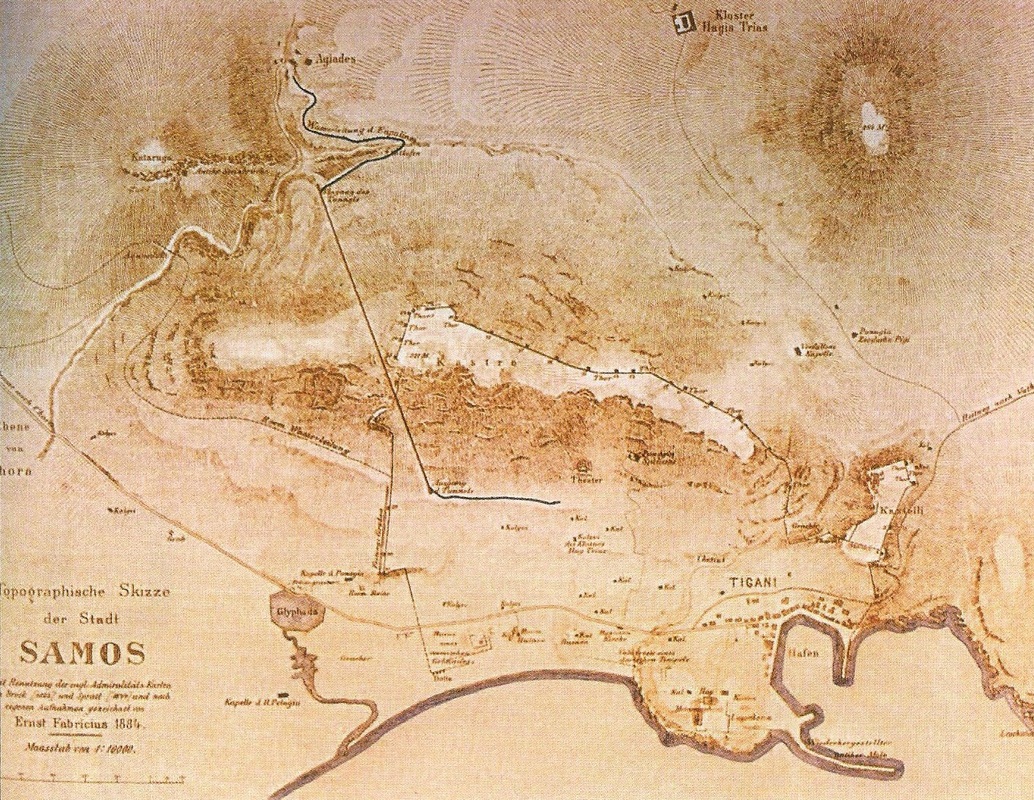 The aqueduct of the ancient capital of Samos (modern Pythagorion) is a tunnel of 1036 m. long. According to Herodotus* thanks to the “two-mouthed tunnel”, “the water is conducted and comes by the pipes to the city, brought from an abundant spring” (Agiades Spring). The water was collected in a rectangular reservoir and was transferred from the reservoir through an underground clay pipe to the northern entrance of the tunnel. It was carried from the tunnel’s southern exit to reservoirs and fountains in the ancient city via a pointed underground built channel with manholes at intervals.

The Eupalinian subterranean aqueduct: one of the masterpieces of ancient engineering

The Eupalinian aqueduct was designed and built by the engineer Eupalinos from Megara when Samos was ruled by tyrant Polycrates.At that time, Samos was a leading maritime and mercantile power in the Greek world, and this importance is now reflected in the extent and richness of the archaeological remains. The aquecuct is located 55 m. above sea level and 180 m. below the top of the mountain. The dimensions of the tunnel are 1.80 x 1.80 m. Inside, at a depth of 2-9 m., a channel carried the water to the city through clay pipes. Its construction started in 550 B.C. and lasted for ten years.For the completion of the work many Lesbian prisoners were used by the Samians. The aqueduct continued to supply the ancient town of Pythagorio with fresh water for 1,100 years. 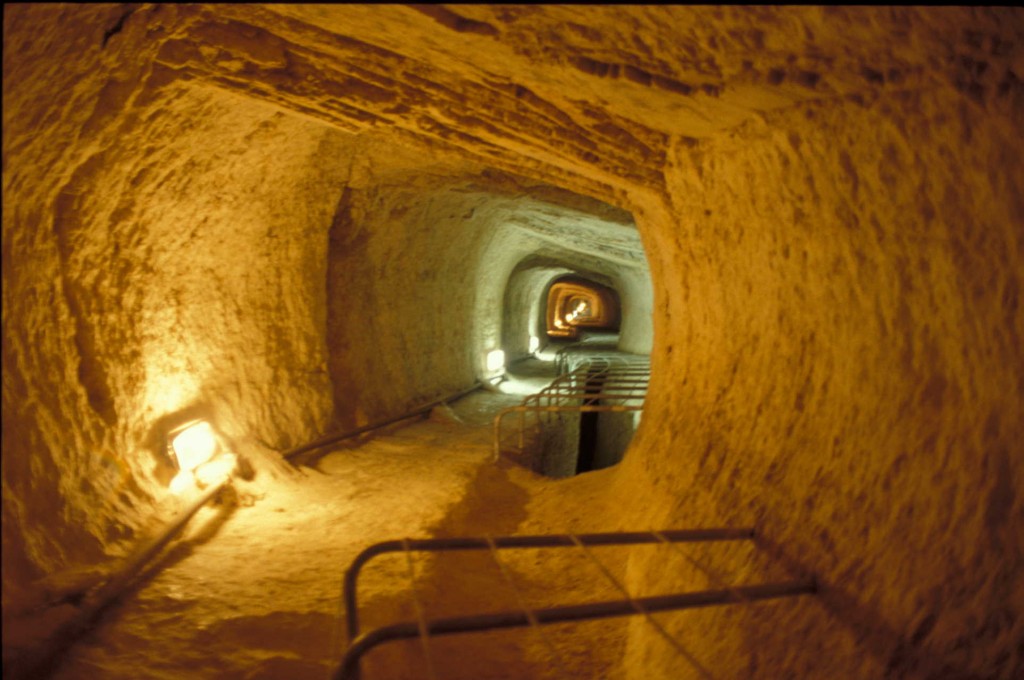 Eupalinos aqueduct seen from inside

Eupalinos used mathematics and geometry not only to align the excavations before they met, but also to “manipulate” the alignment of the tunnel in order to avoid adverse geological conditions. Mutatis mutandis, the basic principle behind the method of Eupalinos, has been used again long after the Renaissance of Europe (early 18th century), and it is still in use in modern tunnelling.

Victor Guerin, a French archaeologist who searched for the “great spring” of Herodotus, was the first person who discovered the first 400m of the aqueduct, from the Agiades spring, in 1853. However, it was the monk Kyrillos Moninas, in 1882, from the nearby Agia Triada monastery who succedded to discover the south and north entrances of the main tunnel. In 1884, E. Fabricius, an archaeologist of the German Archaeological Institute in Athens (DAI), visited the island and surveyed the tunnel up to the point that could be visited at the time. In 1971 U. Jantzen, Director of the DAI, succeeded after long preparations to excavate and research the tunnel (1971-1973).

In 1992, the Eupalinian tunnel, as part of the Pythagoreion, was included in UNESCO's world cultural heritage list.

Click and watch “Maths bring water to Samos” an animated presentation of the construction of the project and of the processes used was prepared by the Association of Ancient Greek Technology Studies (EMAET) under the supervision of Prof. T. Tassios.

*The Eupalinian aqueduct is cited by Herodotus (Histories 3.60): And about the Samians I have spoken at greater length, because they have three works which are greater than any others that have been made by Hellenes: first a passage beginning from below and open at both ends, dug through a mountain not less than a hundred and fifty orguia in height; the length of the passage is seven stadia and the height and breadth each eight feet, and throughout the whole of it another passage has been dug twenty cubits in depth and three feet in breadth, through which the water is conducted and comes by the pipes to the city, brought from an abundant spring: and the designer of this work was a Megarian, Eupalinos the son of Naustrophos.