National Library of Greece: Summer Campaign of Reading and Creating

The National Library of Greece in cooperation with the Greek Libraries Network (GLN) is organizing its Summer Campaign of Reading and Creating 2017, titled “Spot to Spot Adventures”. From 15 June to 8 September 2017, more than 150 Public Libraries all over Greece are joining hands in order to offer more than 3,000 creative workshops for children ages 6 to 12. The opening ceremony will take place on the 15th June 2017, at 6 pm, in its new house, the Stavros Niarchos Foundation Cultural Centre.

Libraries are the ideal spots where stories are made, children are raised, communities are formed. They are meeting spots, where all libraries interconnect and form networks. The Greek Libraries Network after two years of operation, has placed its members to the spotlight of their communities. The coordination of the network is achieved by the National Library of Greece, which, in 2017, is moving also from one spot to the another, as it is relocating from the emblematic Vallianeio building to the Stavros Niarchos Foundation Cultural Centre.

During the Summer Campaign of Reading and Creating 2017, parents and children take part in a national game of synthesis around various points like boiling, balancing, drawing around dots, listening to stories of monsters and travelling around the world.

The Summer Campaign of Reading and Creating is the first national campaign of public opinion survey of the National Library in its process of relocating to the SNFCC. The campaign is supported by the Ministry of Education, Research and Religious Affairs and it is actually realized thanks to the cooperation of hundreds of librarians, education professionals and volunteers in Greece. 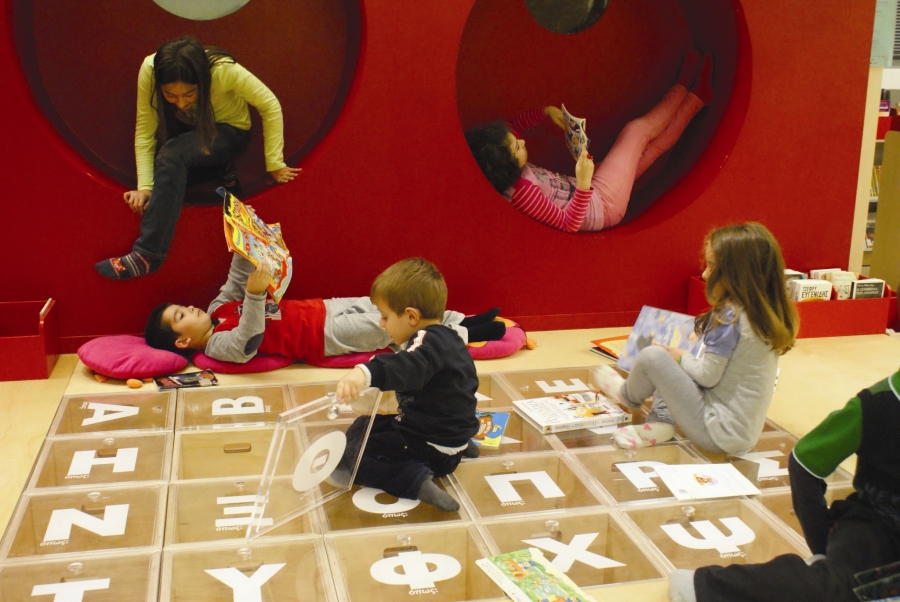 See also: Reading Greece: The Vision of Filippos Tsimpoglou for the National Library of Greece