Nikos Engonopoulos: The Colours of the word and the word of Colours 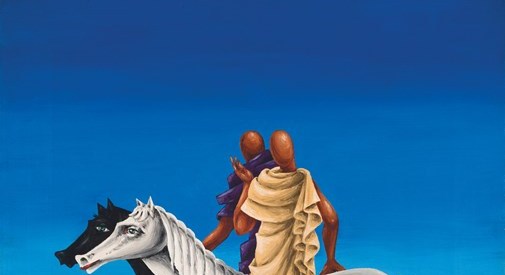 The Museum of Contemporary Art on the island of Andros is hosting a tribute to Nikos Engonopoulos (1907-85). More than 100 of his paintings are on show (“The Colours of  the word and the word of Colours”, 25 June - 1 October 2017) with a selection of his poems, drawing attention to both the sensitivity of his writing and his inherent visual perspective.

Nikos Engonopoulos, a genuine surrealist, who also loved Greek tradition and one of the most iconic members of the Generation of the 30’s, lived by Horace’s maxim Ut pictura poesis: “as is painting so is poetry” or, more freely translated: “Painting and poetry must be based on the same principle”. He was a painter, a poet, he was also a professor at the National Technical University. Three inter-related paths for a single man, who followed them unceasingly and tirelessly for almost fifty years. Three areas of activity separated to some extent which, however, enriched one another thanks to a prevailing common denominator: Engonopoulos’ immense, diverse and insatiable - over time - broad and wide-ranging education.

The exhibition is structured around 7 interconnected, thematic units: The first is made up by both religious and non-religious paintings, influenced by Byzantine painting, focusing particularly on the technique of egg tempera on wood.  The second unit relates to historical heroes and the artistic architypes that influenced Engonopoulos and to which he dedicated one or more compositions.  The third unit is dominated by the female form, the unequivocally recognisable as being created by Engonopoulos’ hand woman, who is also so unattainable, so enigmatic, that she runs through the entirety of her creator’s work without revealing her secrets.  Greek mythology is the subject of the fourth unit which, like its heroes and archetypes, offers viewers the opportunity to appreciate both the breadth of the painter’s knowledge and their own cultural heritage. Fifth unit, the couple, the entity with the two heads so loved by Engonopoulos that it was the basis of numerous and important compositions. The sixth part focuses on the artist’s interest in architecture and his ability to depict the charm of numerous buildings through the gaze of a painter with knowledge of the details of perspective. The last unit presents his activity as costume designer for the theatre.

The “Generation of the Thirties” was established as a term in the field of literature and referred to a group of young writers, poets mainly, who are related with the introduction of avant garde currents into Greece and their conscious endeavour to naturalize them. Giorgos Seferis, Odysseus Elytis, Nikos Engonopoulos and Andreas Embeirikos are examples of Greek modernism. In the visual arts, the first Greek plein air painting was succeeded by a painting which tended to become anthropocentric. Its basic hallmark was the predominance of intellect over the senses, expressed through a powerful schematization in composition and drawing, while colour distanced itself from nature and became more spiritual. 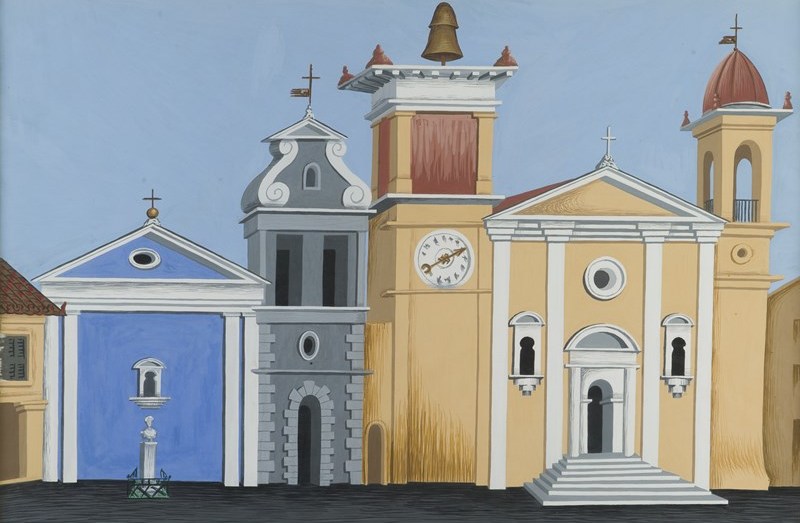