Arts in Greece | Konstantinos Volanakis: the Father of Greek Seascapes 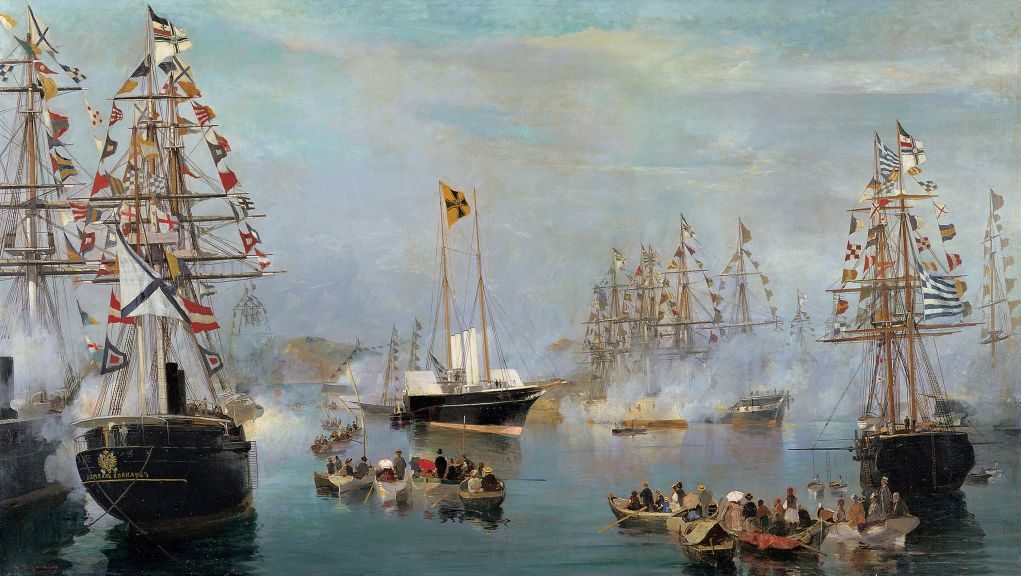 The Theocharakis Foundation presents more than 70 of Konstantinos Volanakis’s emblematic works, in an exhibition honoring this master of Greek seascapes, and tracing the evolution of his art. The exhibition under the title “Konstantinos Volanakis: The Father of the Greek Seascape,” opens on Wednesday, February 7, at 8 pm, and is set to run until May 13.

Konstantinos Volanakis (1837 - 1907) was a Greek painter who became known as the "father of Greek seascape painting". He  is one of the most important representatives of the famous "Munich School". Overcoming the moralistic themes and portraiture, which constitute the dominant traits in this School, Volanakis used his brushes to depict a profound love for the sea and the ships. Sailboats, steamboats, dinghies and ships, each painted in his distinct personal style, establish the world of Volanakis’s painting, as it is recreated for the exhibition through works from private collections, museums, foundations and many others.

Exhibition curator, Takis Mavrotas, notes how Volanakis “set his sight on depicting the sea as if he sought to reveal its secrets, the authentic truth resisting time’s relentless flow, and finding eternity.” “We have brought together works of Volanakis from the National Gallery, the National Bank of Greece, Alpha Bank, the Hellenic Maritime Museum, the Averoff Gallery, the Alexander S. Onassis Foundation, the Municipal Art Gallery of Piraeus, the Museum of Cycladic Art, and many more collections,” says Mavrotas.

Among the exhibition's most outstanding pieces is the “Naval Battle of Salamis”, which depicts the famous ancient naval battle between an alliance of Greek city states and the Persian Empire. It belongs to the Hellenic Navy and traditionally hangs in the office of the prime minister.