One more reason to film in Greece: A new legal framework of economic incentives 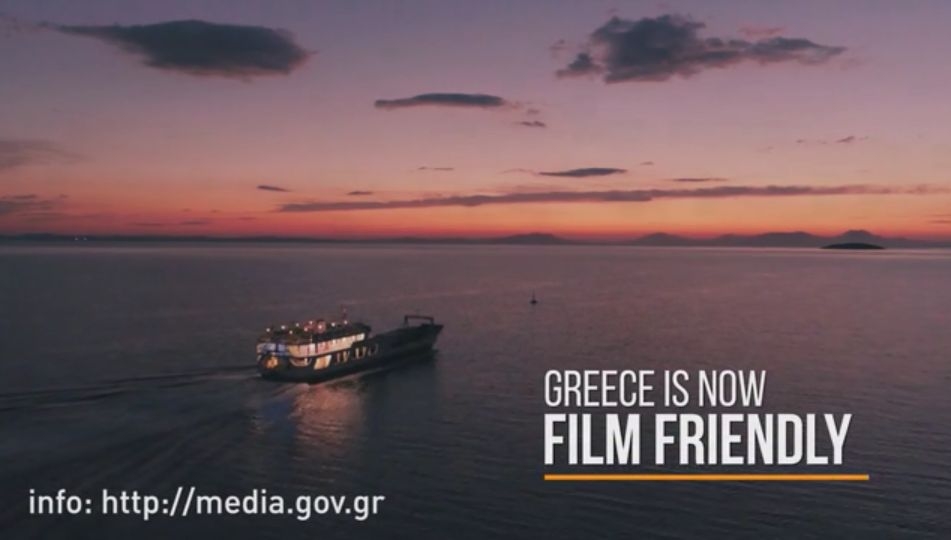 Greece, boasting one of the oldest cinematic traditions in Europe, is for more than one reasons a film friendly country; its unique light and locations as well as its versatile architecture have attracted many Hollywood productions with “Mama Mia” and “Captain Corelli’s Mandolin” being among the most widely known and “Loving Vincent” animation film one of the most recent and interesting ones.

The General Secretariat for Media and Communication of the Ministry of Digital Policy, Telecommunications and Media has embarked on a series of initiatives for the enhancement of audiovisual production in Greece as well as the attraction of foreign investment in this sector.

Greece’s brand new economic incentive for the support of audiovisual productions makes the country a top choice for filmmakers: Law 4487, voted by the Greek Parliament in August 2017, sets the new legal framework for the development of the country's audiovisual sector by implementing a 25% cash rebate to cover part of the eligible production costs of national and international audio-visual productions in the country. Based on a sound and resilient business model according to the EU's practical and ethical standards, it covers the whole audiovisual media sector including fiction and documentary films, TV shows, animation films and video games -either created for traditional or interactive platforms (both online and on demand.)

By entering the scheme, producers can apply for a refund of up to 25% of the selected maximum expenditure of production expenses realised in Greek territory, thus qualifying for a cash rebate of up to 80% on the aforementioned costs. A minimum of €100,000 has been set for eligible expenses incurred in Greece, while the maximum amount of funding via cash rebate has been set at €5,000,000. Any production company can apply by setting up a branch in Greece or by recruiting a Greek company to execute production. Applicants will have to pass a cultural test using a point-based system that values the project’s relevancy to the cultural, historical, geographical and touristic singularity of Greece.

Greece is a natural stage set for audio-visual productions and provides a vast range of landscapes...

The incentive can be combined with other member-state aid schemes as long as the overall aid amount does not exceed 50% of the total production costs. In case of co-productions, however, the overall aid amount can be extended up to 60%, and with productions that fall under the category of ‘difficult’ audiovisual works (i.e. a first or second-time director's or producer's work, an independent low-budget production or projects that are for any reason deemed commercially difficult) it can go up to 70%. Furthermore, any funding coming by the European Union such as Eurimages of Media is not included towards the maximum rules described above.

Yes, but how long will it take?

The process will be smooth and fast: The National Centre of Audiovisual Media and Communication (N.C.A.M.C.) will be processing the applications for entering the scheme and then issue the decision within no longer than 45 days. The aid will be repaid in full in 6 months (max.) after production is completed and the relevant production costs have been incurred.

Download full text of Law 4487 in English here; For more information: This email address is being protected from spambots. You need JavaScript enabled to view it.

Find out more about film locations in Greece via Hellenic Film Commission of the Greek Film Centre.