The tradition of the Epitaphios procession 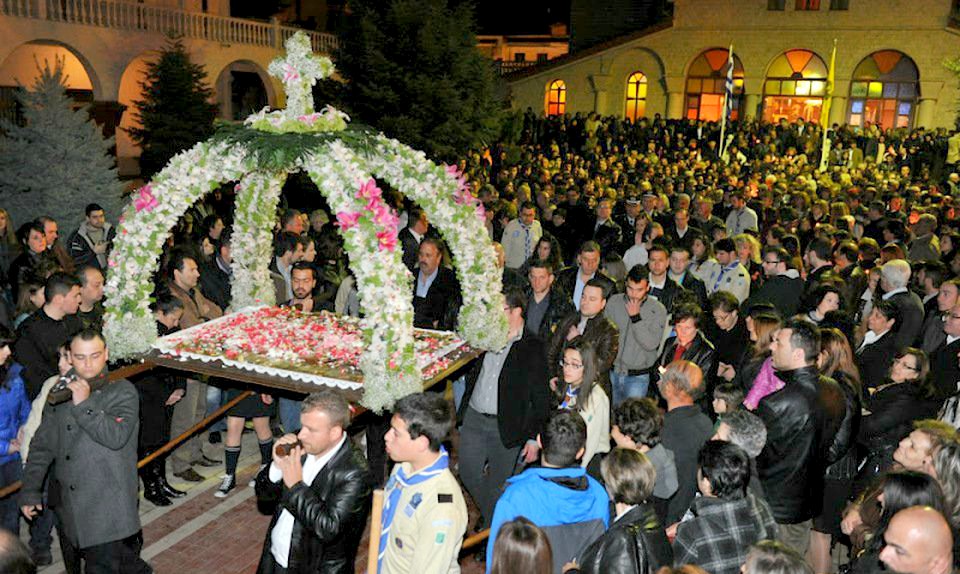 In Greece, and in the Greek Orthodox world in general, Easter holds great importance. Customs and practices are more closely linked with the religious aspect of the holiday, compared to Christmas, and are usually observed even by the less devout. For Christians, the Holy Week, preceding Easter Sunday, is a time to ponder on Jesus’ Passion and Crucifixion. For non-believers, it is often regarded as an opportunity for body cleansing through fasting, visiting their town of origin and embracing local traditions. One of the most characteristic, widely attended rites is the Epitaphios, the Good Friday procession.

Epitaphios threnos (funerary lamentation) is the name of the matins of Holy Saturday, served in Good Friday evening. The word epitaphios is an adjective meaning “funerary, happening on a grave”; it is the Greek title for Thucydides’ famous “Pericles’ Funeral Oration”, and the origin of the word epitaph. Within a liturgical context, this is also the name of an icon, usually made of cloth and richly embroidered, depicting the body of Christ being laid in the grave, often by the Virgin Mary and some disciples.

On Good Friday morning, the icon is placed on a platform, resembling a bier, typically topped with a kouvouklion, an elaborately carved wood canopy. In most cases, the canopy is heavily decorated with ornate flower arrangements, ribbons and sometimes candles. Throughout the day, people can come into the church and venerate it. In the evening the service begins; near the end of the ceremony, the canopied platform bearing the icon is lifted on the shoulders of priests or churchgoers (usually four to six people) and carried through the streets. The word Epitaphios often metonymically denotes the bier and canopy containing the icon, but also the entire procession, with many people saying they “go to the Epitaphios”.

The clergy lead the solemn procession, chanting hymns such as “Oh my sweet springtime”- the Virgin Mary’s lament- while the bells ring the funeral toll. The faithful follow carrying candles; small children usually carry small paper lanterns (fanarakia), lit up by candles or tea lights. The crowd usually chants along with the priests. In towns with more than one parish, the processions starting from different churches may converge to a single spot, where they temporarily stop and a common hymn is sung before they resume their routes. In large towns, the chants are often performed by a marching band. 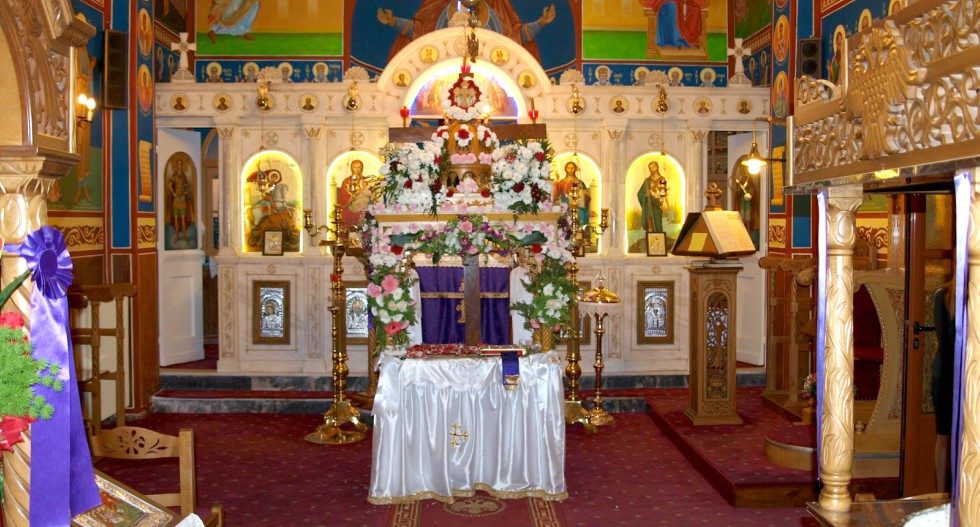 These practices have numerous variations according to regional traditions. For instance, on the island of Zakynthos in the Ionian, instead of an embroidered cloth, an amnos (lamb) is used: this is a figure of the dead body of Christ, cut out from board and painted from both sides, placed vertically so that it can be seen from either side of the bier. Another famous custom, the “burning of Judas”, where an effigy of Judas is set aflame on a bonfire, is usually regarded as an Easter Sunday ritual; in some parts of Thrace and Macedonia, however, it takes place on Good Friday, after the procession.

Perhaps the most impressive case is that of some coastal towns, most notably on the islands of Hydra and Tinos, where the men carrying the Epitaphios reach the beach and march right into the sea, until they are at least waist-deep in water, where they may remain for several minutes, often holding the platform high to protect it. During this time, prayers are said for the welfare and safe return of the many seafarers coming from those communities.