"The return of Dionysus": A tribute to Theodoros Terzopoulos 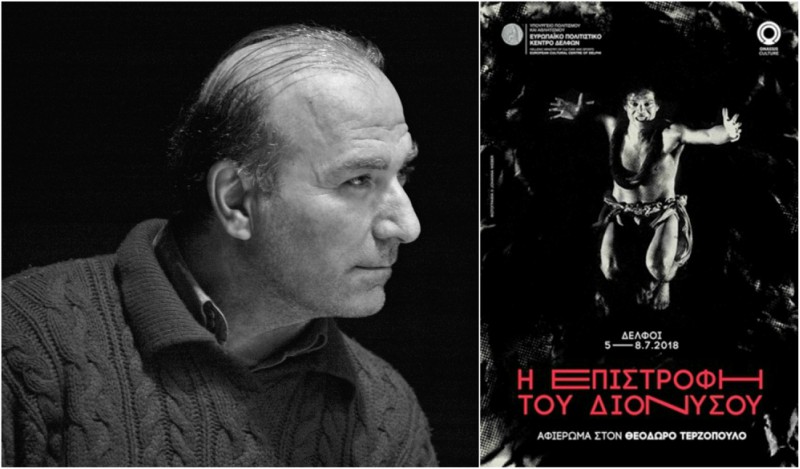 Theodoros Terzopoulos is one of the most renowned directors of contemporary Greece; he has gained international acclaim for his productions as well as his acting method. The European Cultural Centre of Delphi (ECCD) organises “The Return of Dionysus”, a tribute to Terzopoulos, powered by the Onassis Cultural Centre, on July 5-8. This includes a symposium, featuring lectures, exhibitions and a demonstration by the director himself, as well as performances of some of his most celebrated works in theatre.

In his long career (counting more than 30 years) he has directed 2,100 theatre productions, many of them outside of Greece, for illustrious theatres and international festivals worldwide, working with prominent actors. He has directed tragedies by Aeschylus, Sophocles and Euripides, as well as contemporary plays by prominent European and contemporary Greek writers, and has been awarded many theatre prizes. He runs an International Workshop series organised yearly by Attis Theatre, gives lectures around the globe, demonstrating his training method for actors, and is an emeritus professor at a number of international academies and universities.

Theodoros Terzopoulos’ internationally acclaimed method and approach to the interpretation and performance ancient Greek tragedy is being taught in many drama academies and classical studies departments all over the world. A book describing his acting method, under the title The Return of Dionysus, was published in 2015 first in Russian, then in Greek and other languages like German. Terzopoulos’ method aims to reinstate the human body at the centre of theatrical creation; performers undertake an intense psychophysical training based on breath control, techniques of concentration and energy centre activation.

On July 5-8 2018, the European Cultural Centre of Delphi organises the “The Return of Dionysus", an international meeting in honour of Terzopoulos, who has been the Artistic Director of the International Meetings on Ancient Drama, organised by the ECCD in the past. The Tribute to Theodoros Terzopoulos focuses on the director's work and method as these have evolved over the 33 years since the founding of the Attis Theatre at Delphi. It will give participants the opportunity to revisit some of his most acclaimed works, from the emblematic production of Bacchae, which premiered in 1986 at the Ancient Stadium of Delphi, to Euripides’ Trojan Women, shown on 7 July 2017 at the Pafos Ancient Odeon as a production of "Pafos 2017-European Capital of Culture".

The Tribute also includes an International Symposium, featuring a presentation of Terzopoulos’ acting method by the director himself as well as lectures and discussions by academics, theatre directors, performers, and acting teachers. Artists and intellectuals from around the globe -such as Anatoly Vasiliev (director, Russia) and Eugenio Barba (director, Denmark)- will be present in Delphi to honour Terzopoulos. The event also features audio-visual installations and film screenings. Those who won’t be able to make it to Delphi can watch the performance of Trojan Women at the Ancient Theatre of Delphi on live streaming from the Onassis Cultural Centre website on Saturday, July 7 at 19:00 (Greek time).

Read also via Greek news Agenda: Athens & Epidaurus Festival 2018: A magical curtain rising; Theatre director Thanos Papakonstantinou on his production of Sophocles’ Electra; Thomas Tsalapatis on the Debunking of Stereotypes and the Role of Poetry in Times of Crisis 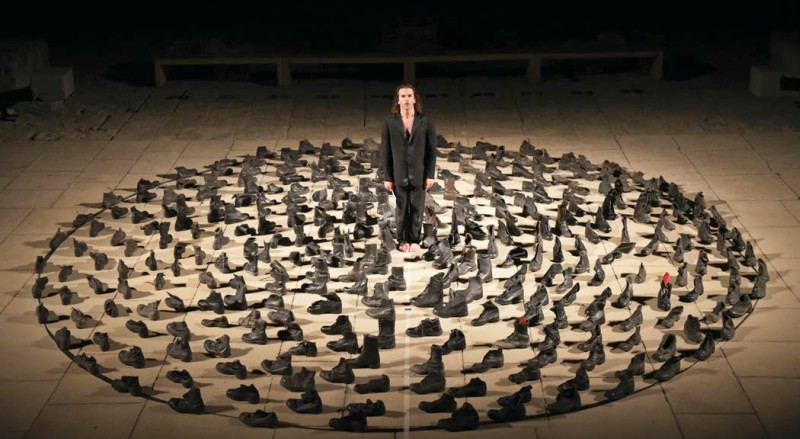