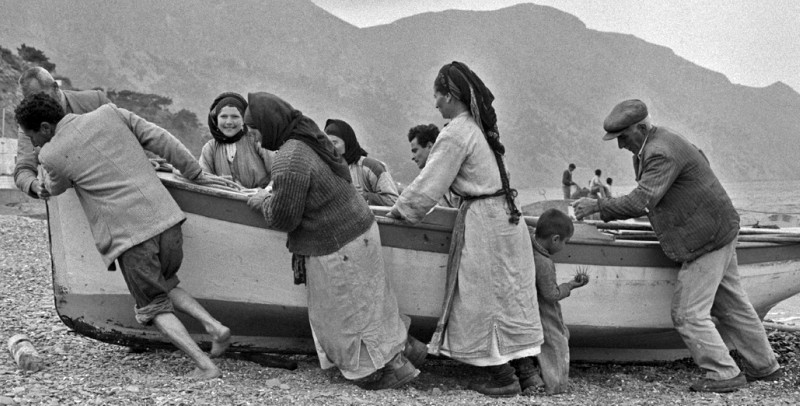 The Benaki Museum Photographic Archives organise the exhibition “Greek Seas. A photographic journey in time”, hosted at the Athens International Airport until the end of December 2018. The photographs presented are divided into four chronological sections and they investigate the way in which Greek photographers and their foreign colleagues who visited or lived in the country for long periods of time, approached and interpreted the Greek seas from the mid-19th century until the late 1970s. Admission is free.

The exhibition is dedicated to the notion of the sea as an integral part of everyday life in a large portion of Greece, as well as an infinite source of inspiration for artists, both local and foreign. Since the invention of photography around the middle of the 19th century and to this day, countless photographs of the Greek sea have been added to the representations of the same subject in painting. Ports, islands, coastal areas, seascapes and scenes from the life of sailors and fishermen have been captured, either as a part of social or scientific documentation, or with artistic intentions.

The photographs presented in the exhibition are divided into four sections, based on chronological criteria, from mid-19th century until the late 1970s. Their juxtaposition helps the viewer to examine the way in which Greek photographers and their foreign colleagues -who either visited Greece or lived here for long periods of time- approached and interpreted the theme of the Greek seas. The exhibition is accompanied by the publication Greek Seas. A photographic journey in time, featuring almost 300 photographs, accompanied by an introductory text, a historical “portrait” of the Greek islands, and extensive texts by exhibition curators.

The Benaki Museum’s Photographic Archives Department was established in 1973, with the aim of collecting, preserving and documenting photographs of Early Christian, Byzantine and post-Byzantine art and architecture. Since then its purpose has gradually been extended to include the preservation of the work of important Greek photographers, as well as images capturing the essence of Greek culture, scenery, history and society.

The Department now includes photographs documenting old trades and aspects of rural life and traditions, as well as life during periods like the German Occupation and the Civil War. Other pictures immortalise social and cultural events, antiquities, Byzantine churches, neo-classical and traditional architecture and urban settlements. 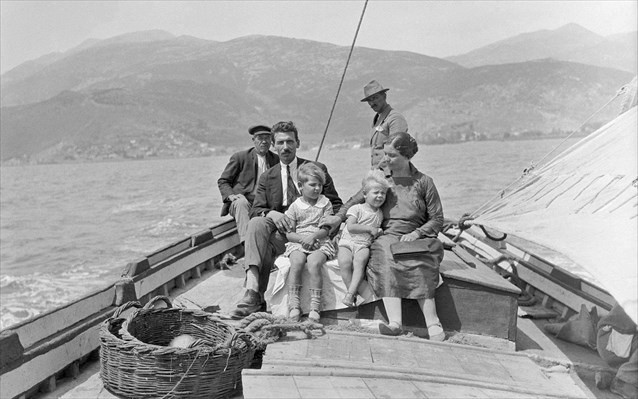 The Photographic Archives Department comprises 300,000 negatives and 25,000 original prints dating from the 19th and 20th centuries. It was created through the purchase or donation of important collections, including those of the professional photographers Nelly's, Voula Papaioannou, Pericles Papachatzidakis, Dimitris Harissiadis, Nikolaos Tombazis, amateur photographers like Rena Andreadi and Stephanos Malikopoulos, and other professionals like the Byzantinologist Laskarina Boura and the architect Maria Zagorisiou.

All researchers have open access to the Photographic Archives Department; a card catalogue of 50,000 prints is available for their assistance, while the creation of a complete electronic catalogue of the entire collection is planned for the near future.

In addition to its central purpose, the department also takes up various initiatives like organising photography exhibitions in Greece and abroad, publishing books and catalogues and arranging seminars, conferences, and other events devoted to photography. It also commissions photographers to create photographic collections of historic or aesthetic value, related to Greek subject matter.