At least 1,000 Greek books from the recent production of more than 40 publishing houses will be displayed at the Greek Pavilion at the Frankfurt Book Fair taking place on 10-14 October 2018. Greek novelist Maro Douka is the guest of honour of the Greek participation, which is organised by the Hellenic Foundation for Culture with the official support of the Hellenic Ministry of Culture and Sports.

Greece’s official participation is also supported by the Hellenic Parliament Foundation for Parliamentarism and Democracy, in cooperation with the Directory of Greek Publishers, the Consulate General of Greece in Frankfurt and the Frankfurt office of the Greek National Tourism Organisation. The Greek presence this year is expected to be the richest and most pluralistic one since 2001, when Greece was the Book Fair’s guest of honour.

The 16th Thessaloniki International Book Fair (set to take place on 9-12 May 2019), the project Athens 2018 World Book Capital (which will continue running until 22 April 2019) and the Hellenic Authors’ Society are also participating in the official Greek Pavilion, while 18 Greek publishing houses (including Agra Publications, Aiora Press, Volatilium, Cube Art Editions and Romiosini Editions/CeMoG) are participating with their own stands. 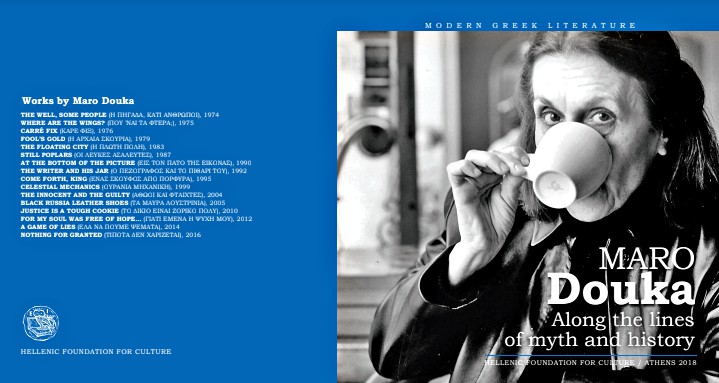 The works of 60 Greek writers will be featured in a complete “Catalogue of Greek books translated for 2017-2018”, including books of all kinds (fiction, non-fiction, children’s books) that have been translated in various languages. Also, visitors will have the opportunity to meet the famous writer Maro Douka, and attend two discussions where she will participate.

The Greek participation will focus on a three-pillar tribute-intervention to the issue of migration in Europe, as a follow-up to the latest editions of the Thessaloniki International Book Fair, which was dedicated to the situation of the refugees. This is also in line with the “On the same page” campaign launched by this year’s Frankfurt Book Fair, in an effort to raise awareness of the Universal Declaration of Human Rightswhich was proclaimed by the United Nations General Assembly 70 years ago.

The tribute will feature: the thematic library “Imagine All the People” at the Greek Pavilion with selected books on immigration and the refugees; the discussion "Alternating Homelands: Democracy in the 21st century and the Challenge of Migration Flows" with the participation of the guest of honour, Maro Douka, human rights advocate Kostis Papaioannou and Syrian refugees; the photographic exhibition "Roads of Survival" -depicting the plight of Syrian refugees along the Balkan route to Europe- organised by the Hellenic Parliament Foundation, which has also been presented at the European Parliament. 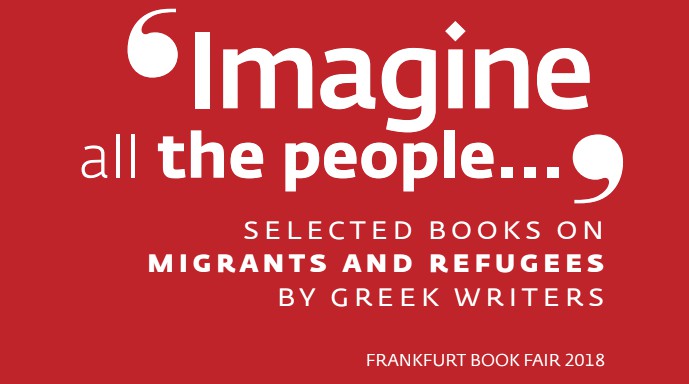 The Greek programme will also feature various other events on topics such as contemporary trends of noir fiction in the Balkans, the “Faces of Greek Wine”, Greek-German relations through literature and the Greek poets’ anthology “Stubborn poetry”, put together by Maria Topali and translated into German by Torsten Israel.

For the complete programme of events (in Greek) see here