The 59th Thessaloniki International Film Festival, the major South Eastern European film festival and annual platform for Greek productions, is setting sail at Thessaloniki port and its other venues, celebrating independent cinema from 1 to 11 November. Its rich programme of films and events focuses on the concepts of charity and alterity, two notions that influenced the festival’s international competition section and key event.

As happens every year, the annual Thessaloniki International Film Festival presents Greek Films of the year, which include 20 feature films. In the “First Run” section, 12 films produced in Greece and co-produced with other countries will have their Greek premiere in Thessaloniki. “Meltem” by Basile Doganis, “Smuggling Hendrix” by Marios Piperides, and “Still River” by Angelos Frantzis are among those of the “First Run” section.

Three films by directors who live abroad (“Night Out” by Stratos Tzitzis, “Pause” by Tonia Mishiali and “Sunrise in Kimmeria” by Simon Farmakas) will also be screened for the first time in this year’s edition “Beyond Borders”.

Five films that have already had their Greek premiere will be presented as well in the “Second Viewing” section, including docudrama “1968” by Tassos Boulmetis and “In this land nobody knew how to cry” by George Panousopoulos.

Greek films Screenings include 10 short films as part of the festival’s tribute to celebrated Greek animator Jordan Ananiadis, 6 short films by young Greek filmmakers, selected by the Greek Directors’ Guild, including “Patission Avenue” by Thanasis Neofotistos, and one new short film, Acrobatics, directed by all of them, and the 17 award-winning films of the 2018 International Short Film Festival in Drama

The opening film of the Festival on Thursday, 1 November, is “Shoplifters”by Hirokazu Kore-Eda, Japan (2018), while the closing film on Sunday, 11 November, is “Girl”by Lukas Dhont, Belgium (2018). Both films were awarded at the Cannes Film Festival. 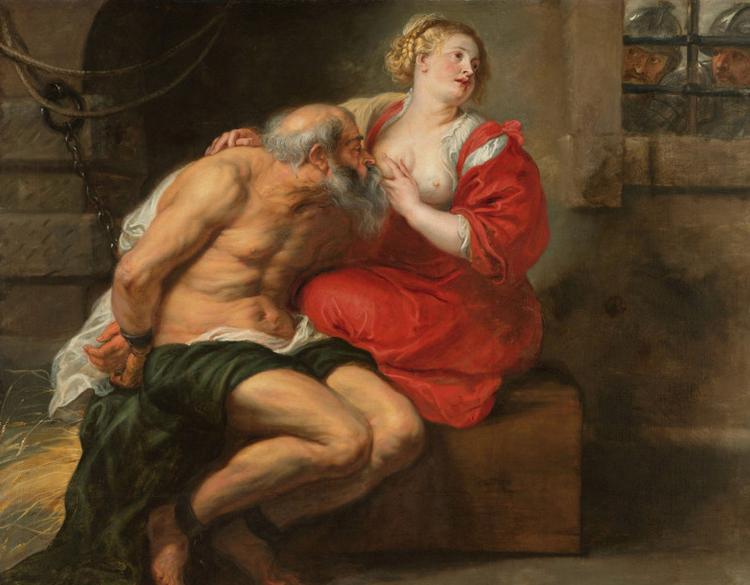 Roman Charity guides the selection of this year’s IC films

The festival selected the IC films guided by caritas romana / roman charity, a classical yet lesser-known art theme that has inspired numerous artists over time. It is the story of a woman, Pero, who secretly breastfeeds her aging father Cimon, who is sentenced to die by starvation, and thus restores his strength. With this noble deed, Pero goes beyond herself, her body and her social role as mother and daughter. This special transition and role variability is common ground in the films of the International Competition section, in different ways.

“Pero’s charity reflects not only family solidarity, but also a brave political act that establishes new social relations and cultural symbols," notes TIFF’s Artistic Director Orestis Andreadakis, adding: “Today we can reexamine this story in the light of recent theories about woman’s role, the decline of patriarchy, the heteronormativity of gender roles and the performativity of the social gender”.

A side event for the IC is “Caritas Romana: 15 Acts of Devotion”. Based on the “caritas romana” concept of this year’s International Competition section, TIFF invited 15 young Greek artists to watch the IC films and create 15 original works for each one of them. These will be presented for the first time at the festival’s main exhibition, organized by TIFF in collaboration with the Contemporary Art Centre of Thessaloniki. The event curator is TIFF director Orestis Andreadakis. 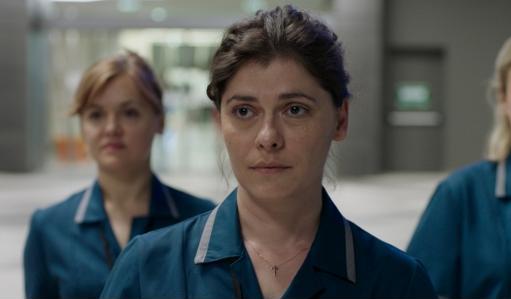 The 59th Thessaloniki International Film Festival also holds a large tribute to the Greek queer cinema, with a selection of 38 short and feature films dating from the late 1960s to the present day which showcase a lesser-known chapter in the history of Greek cinema, with the contribution of the Greek Film Centre and the Greek Film Archive.

The line-up includes rare films that laid the foundations of the genre, others that were unable to reach the public in conservative times, but also films that contributed to people coming out of the closet, as well as the works that established the New Greek queer cinema and introduced it to audiences abroad.

This is the first time that these films are presented as an extended tribute in Greece. The tribute is curated by Konstantinos Kyriakos, Associate Professor of Theatre and Film Studies at the Department of Theatre Studies, School of Humanities and Social Sciences, University of Patras, Greece. As he notes: “What is even more important is the radical gesture to organize a retrospective tribute to queer/gay Greek cinema at the annual Greek film festival (…) A tribute that, on the basis of selective criteria, features a combination of films that are undoubtedly part of the gay/queer trend of Greek cinema: some pioneering and unique, others justifiably honored and awarded in Greece and abroad, and others unjustly unacknowledged; all, however, representative”. 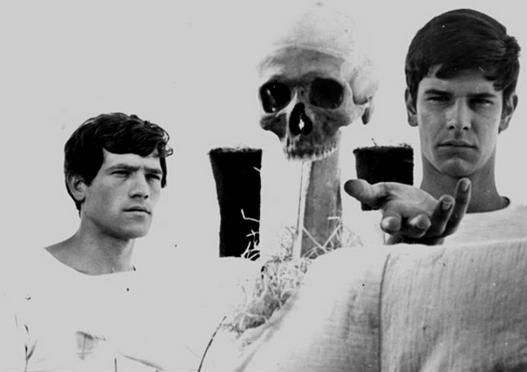 Vortex or The Face of Medusa (1967), dir. Nikos Koundouros

For 25 years the Thessaloniki International Film Festival’s Balkan Survey section, curated by Dimitris Kerkinos, has been showcasing the best samples of Balkan film production. Well-known directors, as well as promising newcomers, tackle a variety of challenging themes in the core program of this year’s edition that consists of 15 films, both shorts and features. Balkan Survey also presents the tribute “Before the Wave Breaks” with 8 iconic films directed by pioneers of New Romanian cinema.

TIFF’s AGORA event (November 3-10, 2018), supported by Creative Europe-MEDIA, is an industry event offering various networking opportunities for the global film industry in an informal, welcoming and professional atmosphere. As an international meeting and trading event, AGORA runs parallel to the Thessaloniki International Film Festival and offers to its visiting industry professionals a variety of industry activities which focus on the countries of Southeastern Europe and the Mediterranean region.

The 59th Thessaloniki International Film Festival presents a new initiative that aims to further enrich its well-established Agora section. Celebrated Greek singer-songwriter and film buff Foivos Delivorias becomes the first Agora ambassador that will promote the section’s events and goals, collaborating with film professionals who will attend this year’s edition. He will also present the Agora awards ceremony that will take place Friday, 9 November, 2018.