Between a “glorious past” and an “authentic present”: a brief overview of tourism in modern Greece 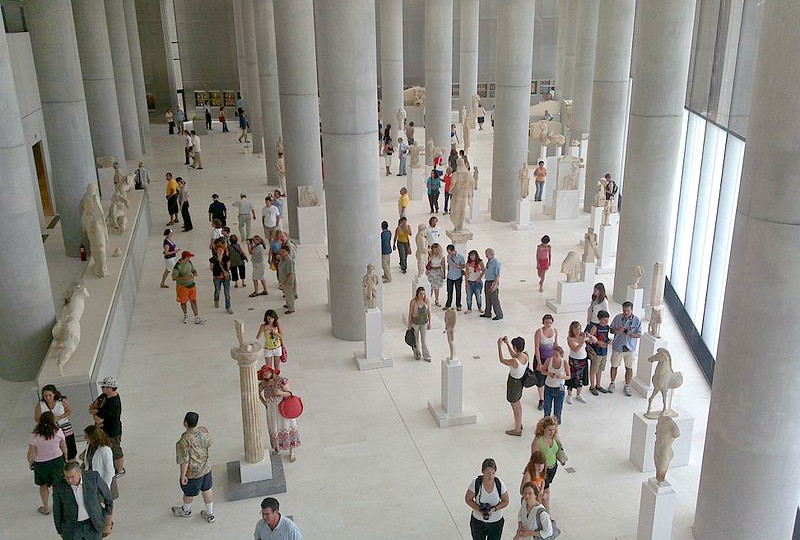 The history of tourism has been a burgeoning field of scholarly study in recent decades. It deals with the social construction of tourism as a field of practices related to the management of leisure time and mobility, as well as the development of the tourist economy, dating back to the 19th century. One needs to distinguish the long tradition of personal itineraries of well-off individuals (e.g. the famous “Grand Tours” of western European aristocrats in Southern Europe in the 18th century) from the mass social phenomenon of modern-day tourism (Vlachos in Iereidis and Vlachos 2016, also Vlachos 2013). Indeed, modern tourism has to be understood first and foremost in the sense of an “industry” (Vergopoulos 2018). Greece seems to exemplify both cases: on the one hand, it had constituted a preferred travel destination for erudite individuals throughout various historical periods - from Antiquity to modernity (Andriotis 2009 ). At the same time, starting from the early 20th century, tourism became a significant sector of the Greek economy. This historical course is not linear, nor exempt of symbolic implications for the continuous negotiation of Greek national identity, which fluctuates between a glorious ancient past and a vibrant, though often complex, reality.

Angelos Vlachos traces the early foundations of Greek tourism in the interwar period, acknowledging at the same time the importance of previous infrastructural works that had improved Greece’s connection with Western European “markets” in the late 19th century. It was actually under the second Venizelos government that the term “tourism” was explicitly introduced in economic planning, along with the official creation of the Greek National Tourism Organisation EOT in 1929 (Vlachos in Iereidis and Vlachos 2016, also Vlachos 2013). Regardless of different aesthetic choices, tourism would thus become an indispensable field of governance under different political regimes in the years to come (parliamentary democracy, dictatorship, even Axis occupation). In any case, Greece’s entry into the international tourist market in the interwar period introduced the question as to the type of imagery that would be promoted to foreign audiences.

In her study on French tourism in Greece, Mathilde Chèze (2016) has provided a detailed picture of the gradual transition from small numbers of erudite French tourists to mass tourism in Greece along with changing working and consumption conditions throughout Europe. The paid leaves (congés payés) and the relative “democratisation” of leisure activities under the government of the Front Populaire in the late 1930s was a first sign of the participation of middle-class and working-class strata in the tourist phenomenon. On the other side of Europe, the 1930s signaled a slow process of infrastructural developments that improved transportation from/to and within Greece, and eventually created opportunities for private ventures (e.g. specialised tourist ventures for French tourists to Greece). Chèze also illustrates the gradual change in the ways Greece (and travel to Greece) was perceived and popularised in France, from a highly-symbolic destination defined by its ancient Greek heritage to a vibrant destination offering less intricate present-day pleasures. 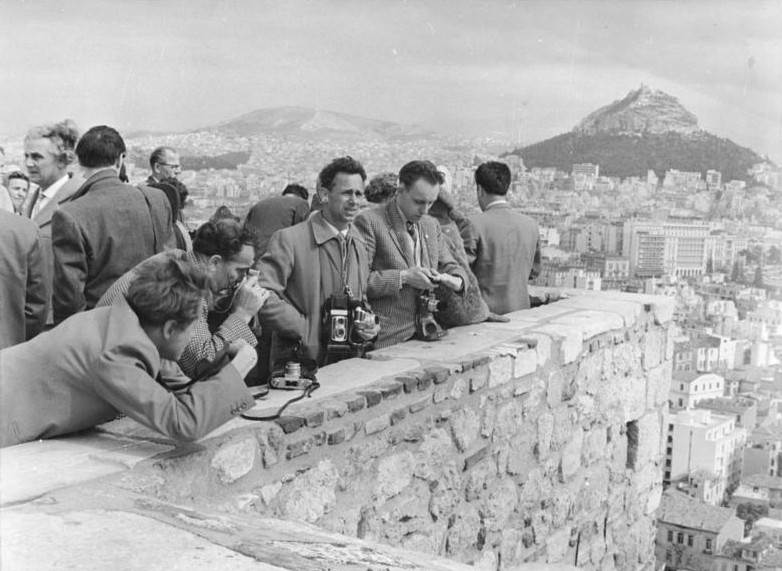 This ideological conflict between ancient heritage, modern-day realities and the goal of establishing Greece as a mass-tourist destination never subsided and, in fact, became an unavoidable topic of confrontation and compromise among different actors throughout the post-war period. More specifically, Despina Lalaki (2012, 2013) has retraced the impact of American archaeologists on the inclusion of ancient Greek heritage in post-war economic planning, a process that resonated both the developmental and ideological priorities of the Greek state and the USA in the Cold-War period. According to Angelos Vlachos, the immediate post-war period might have defined the heavy reliance of the Greek economy on the tertiary sector (Vlachos in Iereidis and Vlachos 2016). Perhaps in this rather unorthodox way, archaeological and monumental tourism persisted as a core element in Greek tourist policy.

It thus seems that Greek tourist policy and its quest for international audiences have divided their attention equally between the mythic ancient motif and the precepts of standardised mass-tourism. This duality has also been manifest in Greek tourist campaigns in recent decades, along with the rapid growth of the Greek tourist sector and the expansion of its services. Next to the increase of the typical tourist population one would also need to mention the particular form of “diasporic” tourism practiced by Greek migrants or persons of Greek descent, who often combine vacations, seasonal work and family ties-building, since the 1960s (Papadogiannis 2014). The 1981 inclusion of Greece in the EEC (and later the EU) brought new forms of transnationality and mobility, while also introducing programs for new tourist practices (Chèze 2016): “four seasons”, urban, religious, ecological and agro-tourism. On another note, the recent economic crisis affected the symbolic construction of Greece as a tourist destination; in fact, new forms of “romanticised” tourist practices have relied on the image of crisis-ridden Greece as mediated by global news corporations and international institutions (Tzanelli and Krostanje 2016, also Vergopoulos 2018). 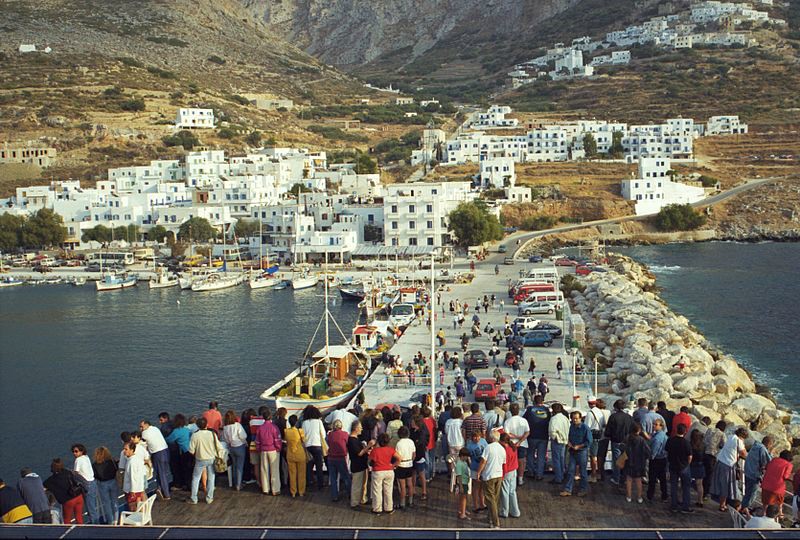 Despite occasional changes, Greek tourism remains a pillar of the Greek economy and it recently achieved significant growth (INSETE 2017). The year 2018 saw a further increase in the number of tourist arrivals, while at the same time policy initiatives are promoting the diversification of tourist services and the eventual transition of Greek tourism into an integrated model (Kountoura 2018).