H.E. Krister Kumlin: "The return of the Parthenon Marbles to Athens is a question of moral principle" 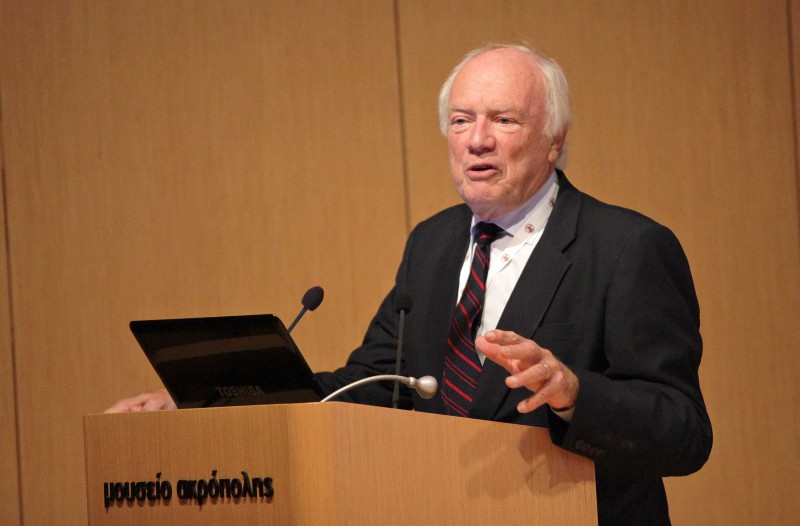 Krister Kumlin, retired Ambassador, is Chair of the Swedish Parthenon Committee. He received his law degree at Stockholm University in 1962 after which he entered the Swedish Foreign service. He has served at the Swedish embassies in Washington, Guatemala City, Bangkok, Paris and at the Permanent Swedish Delegation to the UN in New York. He was Sweden’s Ambassador to Brazil on 1987-90 and in 1990 became Head of the Press and Information Department and Spokesman of the Foreign Ministry. He served as Sweden’s Ambassador to Greece on 1993-1997, and to Japan on 1997-2002.

After returning to Stockholm, Ambassador Kumlin worked at the Prime Minister’s Office, where he served as Secretary General of the Stockholm International Forum. He was the Executive Secretary of the Euro-Atlantic Partnership Council Security Forum in 2005, and has organized several other major international political Conferences in Stockholm. He was appointed Marshal of the Diplomatic Corps in September 2005 and served as Ambassador and Sweden′s chargé d′affaires in Paris in 2007. Between 2005 and 2012, when retired, he was Senior Advisor to the Swedish Emergency Management Agency.

Ambassador Kumlin was in Athens on 15 April 2019, to speak at the International Conference for the Reunification of the Parthenon Sculptures that was co-organised by the Presidency of the Hellenic Republic, the Ministry of Culture and Sports, the International Association for the Reunification of the Parthenon Sculptures and the Acropolis Museum, where it was also hosted. The event was addressed by the President of the Hellenic Republic, Prokopios Pavlopoulos, the Minister of Culture and Sports, Myrsini Zorba, and the President of the museum, Prof. Dim. Pandermalis, as well as numerous academics, archaeologists, historians and representatives of cultural organisations. 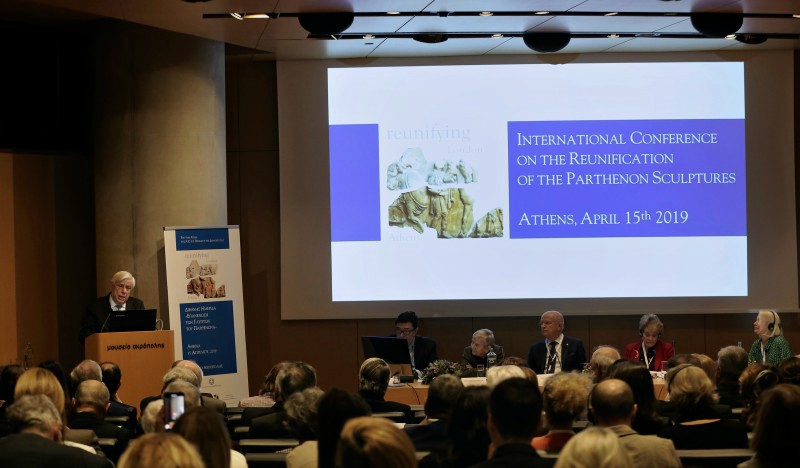 On the occasion of the Conference, Greek News Agenda spoke* with Ambassador Kumlin, a tireless advocate for the return of the Parthenon Marbles to Greece, regarding the aims and extensive work of the Swedish Parthenon Committee and his own special bonds with Greece.

The Swedish Parthenon Committee, as a member ofthe International Association for the Reunification of the Parthenon Sculptures, has a key role in underlining the importance of the repatriation of the Parthenon Marbles to Greece -an issue that touches upon fundamental cultural values common to Sweden and Greece- and supporting the work of the Hellenic Ministry of Culture and Sports on this issue. Could you elaborate?

During my time as Sweden’s ambassador to Athens in 1993-97, the minister of culture, the great Melina Mercouri, asked me what Sweden could do to support her quest for the return of the Parthenon Marbles from London to Athens.

Consequently, a group of friends of Greece led by Professor Sture Linnér, a great Swedish Intellectual,  decided to  establish a Swedish Parthenon Committee . Today, the Swedish committee is one of 14 national Committees that constitute the IARPS, the International Association for the Return of the Parthenon Marbles.

The role of the National Committees is to do whatever they can to support the Greek Governments efforts to reach an agreement with London on the return of the Marbles.

What is the aim of the Swedish Parthenon Committee?

The Swedish Parthenon Committee is a non-profit organisation that aims to use verbal, pictorial and written information to spread knowledge of Ancient Greece, emphasising the historical account of how the Parthenon Sculptures were transferred to the UK and the British Museum. In spreading this knowledge the committee specifically aims to promote the reunification of the sculptures in their original location, Athens.

In May 2018, the Swedish Parthenon Committee, in cooperation with the National Theatre of Stockholm/Dramaten and the Embassy of Greece in Sweden organised an event for the Parthenon and the return of its Sculptures to Greece titled "Ett levande Parthenon/A living Parthenon". Tell us about it.

"Ett Levande Parthenon" - "A living Parthenon" was the latest major Swedish Parthenon event in support of the return of the Marbles.

Organised in May 2018 by the Swedish Parthenon Committee, the Greek embassy, and the

Royal Dramatic Theatre, some prominent Swedish actors and intellectuals contributed actively in a joint call for the return of the Marbles.

The venue was the stage of the Royal Dramatic Theatre in Stockholm.

Some 300 supporters of the cause witnessed a highly successful event, which included the reading of classical Greek poets.

The Greek Minister of Culture, Mrs. Lydia Koniordou, had sent a message to the conference encouraging us to continue our support. 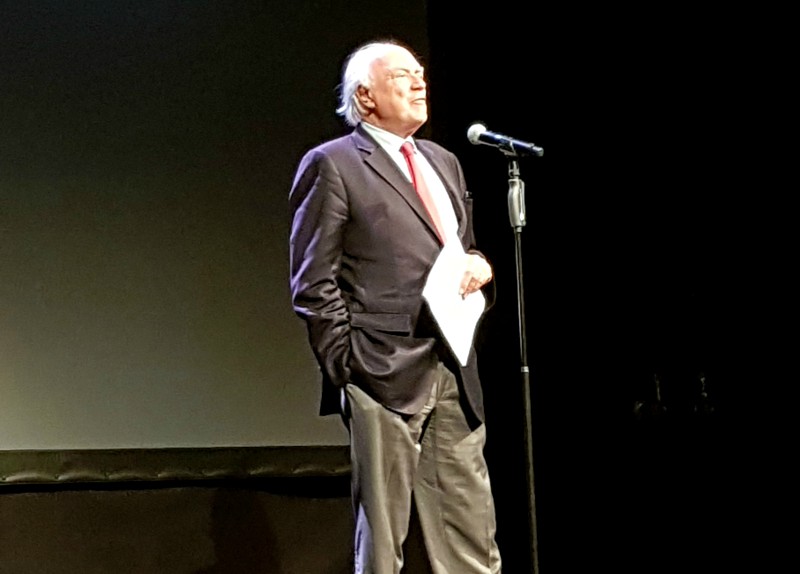 During the event you called for the return of the Parthenon Sculptures to Greece, noting that the reunification of the Marbles is a moral issue. Could you please elaborate?

It is important to stress that the circumstances surrounding the appropriation of the Marbles and their transfer to London are truly unique and lack any foundation in international law. Their return to Athens is a question of moral principle and respect for our common past.

Sweden has already returned to Greece a fragment from the Erechtheion.

Earlier, in 2006, the Swedish committee had the honour to return a well preserved fragment from the Erechteion temple. This piece was brought back to Athens by a Swedish lady, Mrs. Birgit Wiger-Agner, and had been in her family’s possession for over 110 years. It is now exhibited at the Acropolis museum. 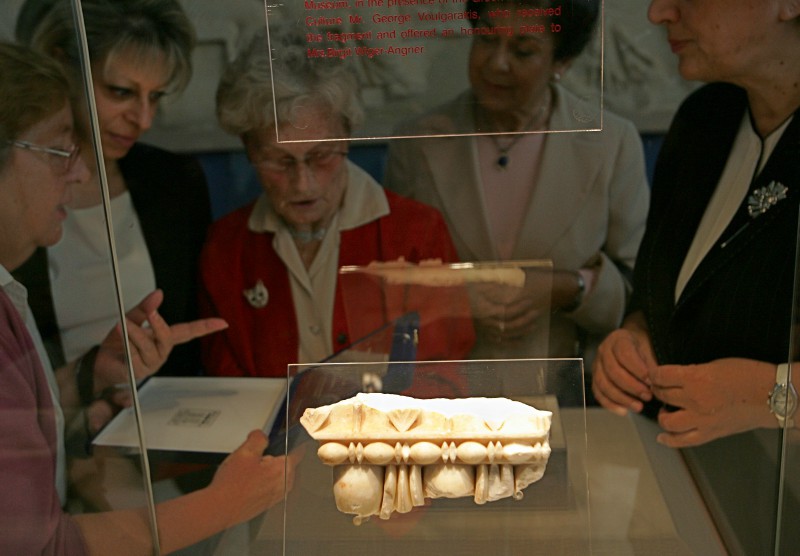 Ιn April 15th 2019, the Swedish Parthenon Committee participated in the "International Conference for the Reunification of the Parthenon Sculptures" held at the Acropolis Museum, under the Auspices of H.E. the President of the Hellenic Republic Mr. Prokopis Pavlopoulos.

The latest one, and one of the largest events ever in support of the return of the Parthenon Marbles to Greece, took place in Athens on April 15, 2019, under the Auspices of H.E. the President of the Hellenic Republic.

The Greek minister of culture, Mrs. Myrsini Zorba, the Director of the Acropolis museum, professor Dimitris Pandermanlis, and some 300 experts including members of 14 of the 17 national Parthenon Committees, had gathered at the Acropolis Museum, to discuss the issue from all possible angles.

For me, it was a true honour to enjoy Greek hospitality at its best: magnificent setting, great weather, and great speakers.

In his inaugural address, President Pavloupoulos underlined the importance Greece attaches to the Parthenon sculptures. He stressed that the case of the Parthenon Marbles is truly unique, and underlined that diplomacy, a common agreement on a mutually acceptable basis, is the only way it can be resolved.

Participants on their part were unanimous in expressing their continued support for the return of the Parthenon Marbles to its rightful owners.

In short, it was a highly successful conference. 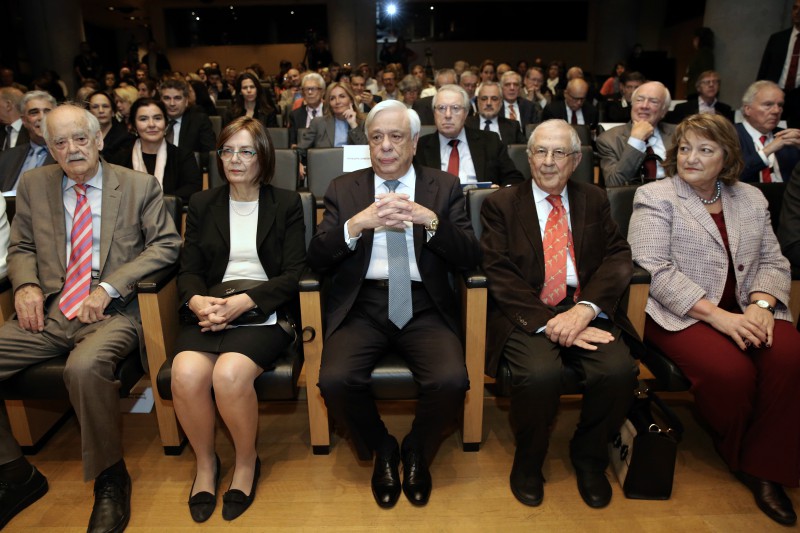 From the left: Former Speaker of the Parliament Ap. Kaklamanis, Culture Minister M. Zorba, President of the Republic P. Pavlopoulos and President of the Acropolis Museum, Prof. Dimitrios Pandermalis. Ambassador Kumlin is pictured in the second row, on the right of Pandermalis. (Photo by Symela Pantzartzi for ANA-MPA)

The Swedish Parthenon Committee has also participated in several major events concerning the issue of the Parthenon Marbles. Tell us about them.

For the last twenty years I have had the privilege of participating in a number of international Parthenon events, in Sweden, in Brussels, in England and in Greece, all intended to highlight the importance of the issue and keeping it alive. One has to realise that the friendly resolution of the Parthenon Marbles dispute is a long-term proposition:  Questions involving history and national pride are always complicated, but I firmly hope that the Parthenon issue can be resolved during my lifetime.

You served as the Swedish Ambassador to Greece. What do you remember from your posting in Athens?

Serving as Sweden’s ambassador to Athens, was sheer delight!

As always, relations between Sweden and Greece were excellent. The Papandreou family had lived in Sweden during the Junta years. Giorgos Papandreou went to school in Sweden and welcomed us to Athens in perfect Swedish.

Needless to say, my family truly enjoyed our four years in Greece! 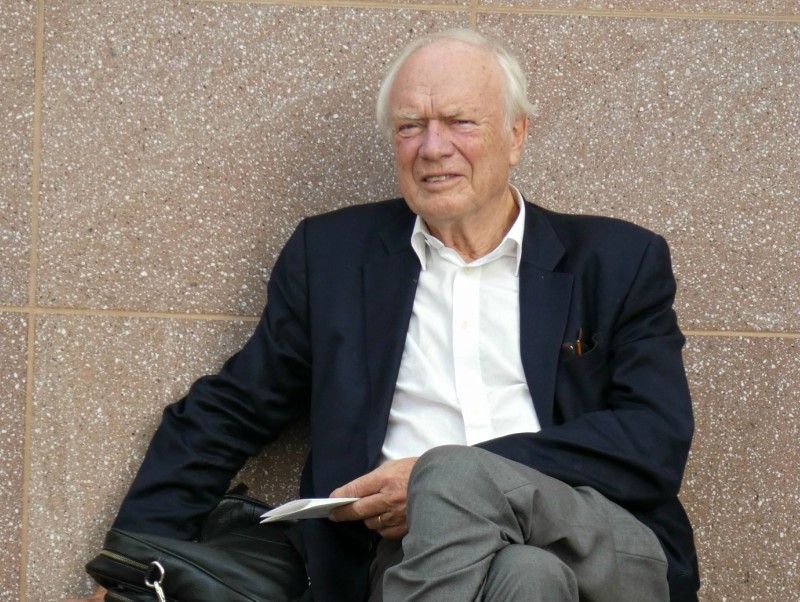 Would you like to highlight some of the major events you experienced during your posting in Greece?

My stay in Greece was filled with memorable events: A clear highlight was the signing, in June 1994, of Sweden’s entry agreement with the European Union.  As it happened, at the time Greece had the EU presidency and was thus responsible for membership negotiations with candidate countries.

As ambassador to Athens I could follow the talks closely, but above all, I was present at the signing of the final agreement on the island of Corfu.

The Greeks had chosen Corfu, a truly beautiful island with a broad European past, as venue for the signature ceremonies with the so called candidate countries, Sweden, Austria, Finland and Norway.

For me this was a highly memorable experience, a historic European event enveloped in Greek hospitality.

*Interview by Nicky Psychari, Head of Press and Communication Office of the Embassy of Greece in Stockholm (Intro photo: Ambassador Kumlin addressing the Conference, courtesy of the Athenians’ Association)

Read also via Greek News Agenda: Dr Stephen Miller on uncovering the Sanctuary of Zeus and the revival of the Nemean Games; Professor Michael Scott: By studying the ancient Greeks we learn more about ourselves; Sharon Gerstel: "Byzantine History opened my eyes to a culture that has long been marginalized in our studies"; Remembering Melina – 25 Years After