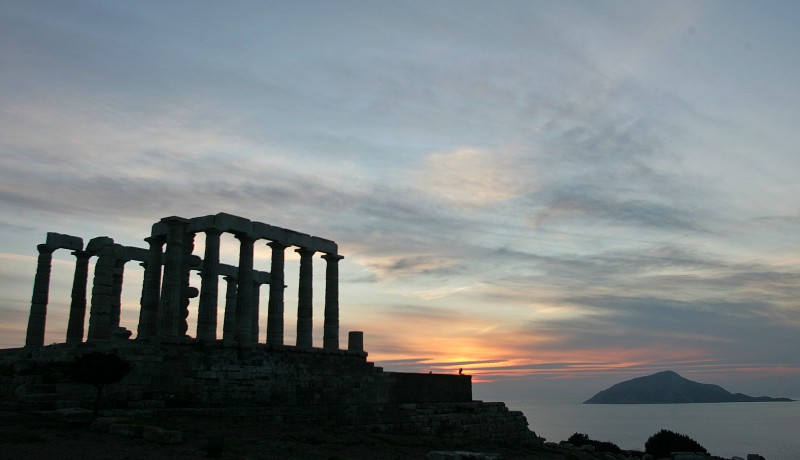 If you wish to feel as if you're on a Greek island without leaving Attica, we suggest a visit to Sounion, a must-see archaeological site close to Athens, overlooking the Aegean. The site has a rich history, featuring the spectacular Temple of Poseidon, as well as a National Park, and is famous for its view on a glorious sunset.

Cape Sounion, the southernmost tip of Attica, about 60 kilometers from Athens, was a significant strategic point in ancient times, as the city-state of Athens controlled the sea passage to the Aegean Sea and Piraeus, the central port, as well as the Lavrion peninsula, comprising the rich silver mines thanks to which Athens emerged as a leading power in the 5th century BC. Homer was the first to refer to Sounion, in Odyssey, as “the sacred cape of the Athenians”. According to Herodotus, the Athenians celebrated a great four-yearly festival there. Poseidon’s sanctuary is mentioned by the tragedians Euripides and Sophocles and the comic playwright Aristophanes. 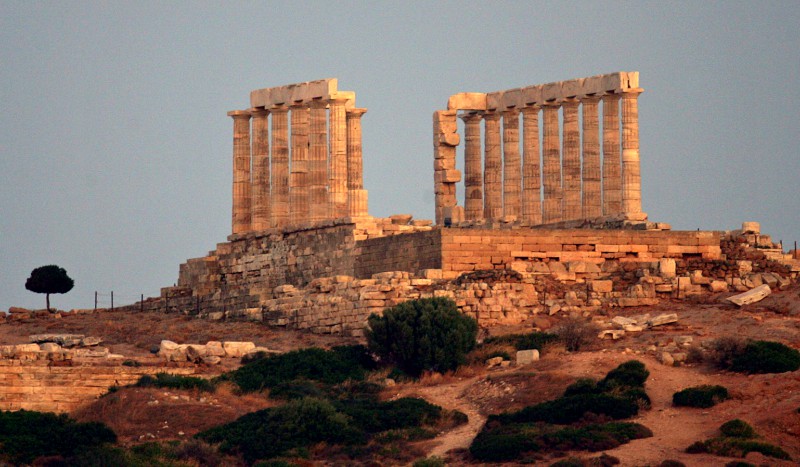 According to the Greek Ministry of Culture, the fortress and sanctuaries belonged to the deme of Sounion, formed through the state reorganisation by Cleisthenes in 510 BC. The settlement in the fortress probably forms the centre of the deme. In the surroundings of the fortress, another settlement is located over the port and a cemetery of the classical period on the shore.

The port and the ship shed

The port of Sounion is located in sandy cove north of the fortress, protected from the northern winds. It was used as an advanced naval base of the Athenians, as well as a commercial station. Commercial ships could be hauled on the beach, while for the maintenance and keeping of warships sheds had been built.

The sanctuary and the Temple of Poseidon

In the region where today are the ruins of the Temple of Poseidon, there was, during the Archaic period, an altar dedicated to the god, surrounded by two large Kouroi (male statues), but there was no temple. The first temple was constructed in the early 5th century BCE but was destroyed before completion, by the Persians in 480 BCE. Its design was similar to the temple which followed. It was of Doric order, in antis, 6 x 13 columns. The second temple‘s (the one that exists today) construction began in 449/8 BCE by order of Pericles. Local marble (Agrileza) was used and parts from the previous temple too. In order to lay the foundations, the hilltop was flattened. The construction was completed in 440 BCE. 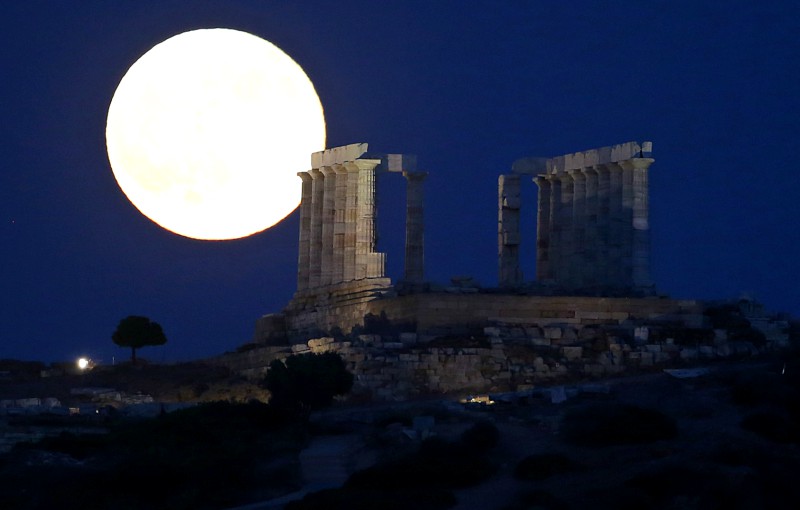 According to archeologists, the dimensions were 31.12 × 13.47 m. The columns had a height of 6.1 meters and are 1 meter in diameter at the base and 79 cm at the top. The architect is unknown but probably is the one who also designed the Temple of Hephaestus in the Agora of Athens, the Temple of Ares (which in Roman times was moved to the Agora) and the Temple of Nemesis at Rhamnous, as these four temples were almost identical to each other.

Sailors in ancient times knew they were nearly home when they saw the first glimpse of the white columns of the Temple. The view from the temple is equally impressive. British romantic poet Lord Byron was one of many who was fascinated by the spot, wrote poetry about it and had his name carved on one of the marble pillars.

The National Park of Sounio was founded in 1971. It is situated in the area of Lavreotiki and stretches into Cape Sounion. It is comprised of about 4,000 hectares, of which 500 are the nucleus of the park. The decision for its establishment was taken after having assessed that the ecological, historical, geological and paleontological value of the area. The pine forest of pinus halepensis was the most extensive and well-preserved pine forest of eastern Attica. 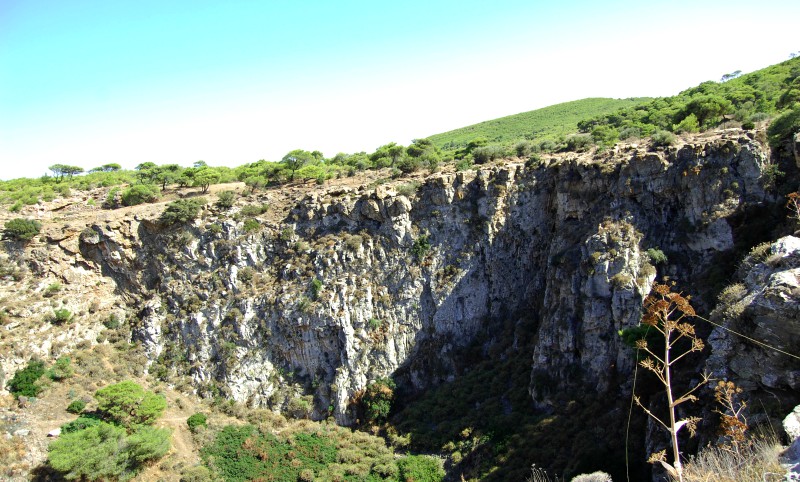 The flora of the park also features herbaceous plants, many of them endemic to Greece including two types precinctive to the area: the Centaurea laureotica and the Centaurea attica. Also, more than 260 minerals have been collected in the area. This exact variety of minerals favored the development of a unique mining “industry” during ancient times.

The area of the national park is interspersed with caves and other karstic formations. These formations functioned as traps for a variety of organisms in different geological ages, resulting in the creation of fossils at a high frequency which have been discovered mainly in the north of park. These include both plant fossils and animal fossils of species that do no longer exist or are extinct from the area, such as types of Spalax and Cervus elaphus that we can no longer find in Attica or Greece. Apart from the national park, a larger area, which includes the park, has been designated as a region of singular natural beauty and cultural heritage.

read also via greek News Agenda: Lavrion, the first company town in Greece: foreign capital, industrial experience and multiethnicity at the turn of the century