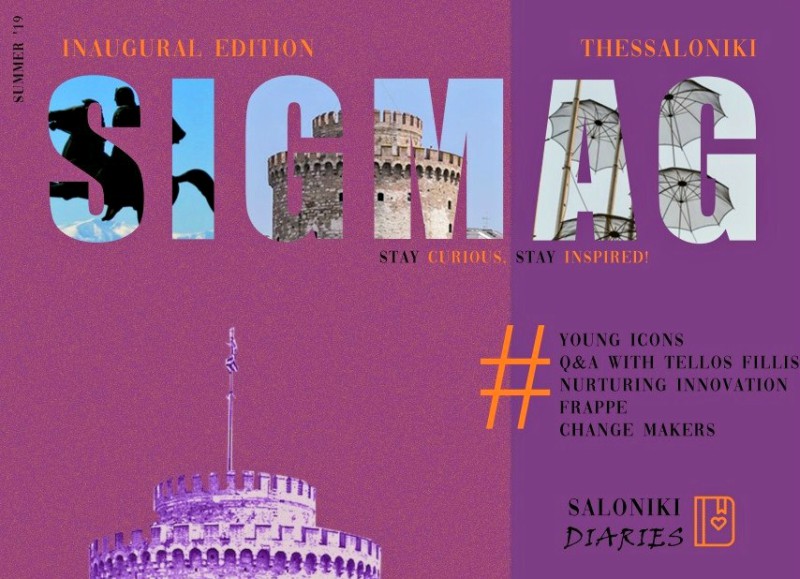 An international student shares his love of for the city of Thessaloniki with readers from around the world: Kushal S Mehta from Jaisalmer, India, has founded the magazine SIGMag, and dedicated its inaugural issue to Thessaloniki, a place with many attractions that he thinks doesn’t get all the attention it deserves.

SIGMag is described as a biannual digital free press publication promoting “lesser known second tier cities which are full of inspirations, initiatives, liveliness, creativity and diversity”. Thessaloniki is particularly worthy of such a description since, according to Kushal, it is a "beautiful and vibrant city with a relaxed pace of life and people who are always eager to help others".

The 26-year-old has come to know the city since he moved there 2 years ago to do an MSc in Hospitality and Tourism Management at the International Hellenic University. He loved living there but, as he said in his interview with ANA-MPA, he found out that most foreigners ignore its existence, and are only familiar with Athens and some islands like Mykonos and Santorini.

With the help of friends and volunteers from Greece, India and other countries, Kushal decided to start a publication that would help readers discover cities of great importance but lesser international fame, such as Thessaloniki. As he says, he hopes people introduced to the unique merits of the city will be inspired to visit it. Among it positive features he cites the great cuisine and its relatively small size which makes it easier for visitors to move around by foot, getting to know the place.

In the introduction of this Thessaloniki Special, writers point out their interest in people and organisations of the city which “kept the creative spark ignited” at a difficult time for Greece, shaping identities and communities in this place “full of beauty, chaos, history, culture, youth, energy, cuisine, diversity”.

Its contents include interviews with founders of nonprofit organizations, publishers of free-press magazines, architects, poets and art curators. “Tucked between relics of Byzantine and Ottoman antiquity are art galleries, bohemian nightclubs, and culinary hot spots, all part of a grassroots vision turned reality by Thessaloniki’s large do-it-yourself youth culture.”

Kushal S Meta aspires to build a "bridge between Greece and Asia", and is now preparing the second issue of his magazine, inviting those who wish to contribute, either as volunteers or through crowdfunding. The team has also started another project called “1000 reasons to Love Thessaloniki”. In it they aim to collect 1000 video testimonials of people and personalities stating their top three reasons why they love Thessaloniki.