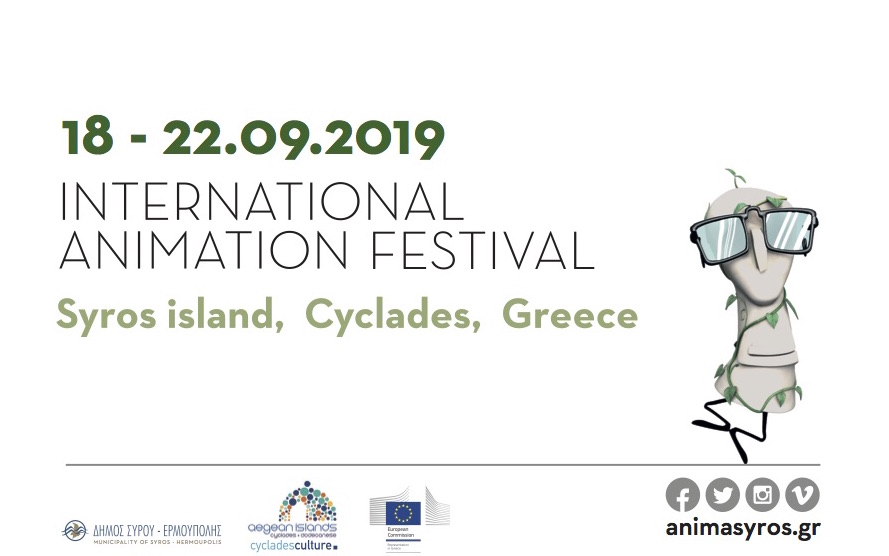 Animasyros 12 is here with animation films from around the world, four competition sections, panoramas and tributes, imaginative collaborations, educational workshops for young and old, exhibitions and parties. In its 12th edition, renowned Animasyros International Animation Festival  focuses on society and the environment presenting animation films, created by both acclaimed professionals and a new generation of animators from around the world, inviting the public to a fantastic journey into the art of animation. The Festival will take place on the island of Syros, Greece (September 18-22) at the historic Apollon Theater in Hermoupolis which has become the festival’s flagship venue. Other venues which will host screenings, exhibitions, workshops, parties and other events of the festival are: Pallas Cinema, the Hermoupolis Cultural Center, the Cyclades Art Gallery, Kyveli Institute, the Municipal Library, Miaouli Square, Ano Syros, Posidonia and Finikas.

With more than 250 films in four consistent, competitive sections (International & Student Short and Feature, TV & Commissioned Films Competition), Panoramas (International, Student & Greek Panorama, LGBTQI+, films for the family, films made by kids), special screenings and tributes, Animasyros 12 aspires for yet another year to attract the interest of established animators from Greece and the rest of the world.

The public will have the opportunity to vote for the best animated feature film, choosing among some of this year’s greatest international animation productions. With an emphasis on films for children but also on films with a strong socio-political message, the films selected this year deal with pressing issues such as immigration, war crimes and child slavery. 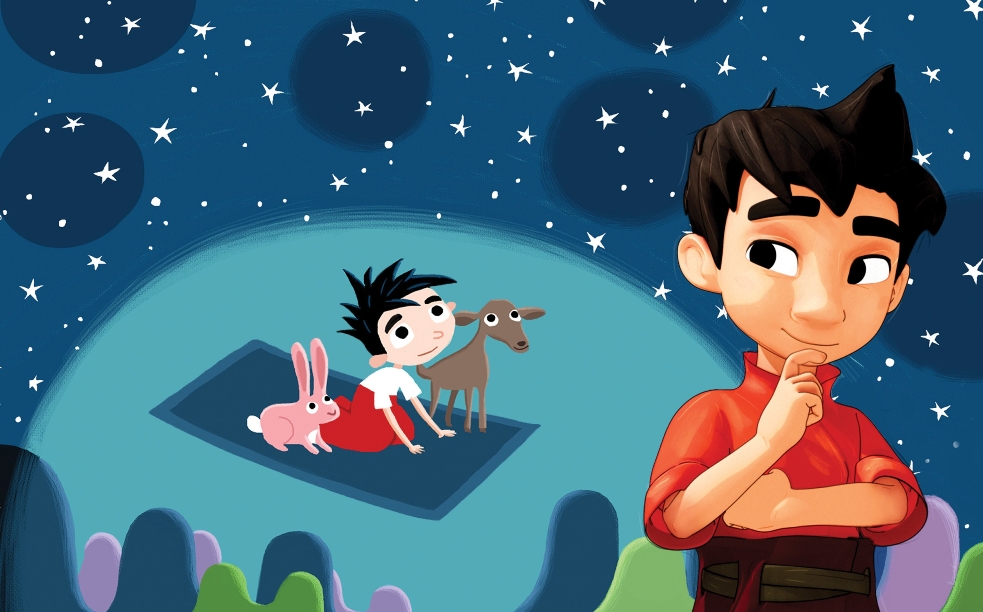 “Iqbal, a Tale of a Fearless Child”, dir. Michel Fuzellier and Babak Payami (2015)

Among them, the animated documentary “Zero Impunity” by Nicolas Blies, Stéphane Hueber-Blies and Denis Lambert, which has raised a global movement (www.zeroimpunity.org) around ​​sex-crimes during war, through a series of animated shocking testimonies of victims and activists. Its director, Stephane Blies will present the film during the festival in Syros and talk about its course around world, as well as about how they film helped change the legislation in Ukraine! In the same category, the Polish-Spanish production and GOYA Award winner “Another Day of Life” by Raúl de la Fuente and Damian Nenow's, captures the real events of Polish journalist Ryszard Kapuscinski when he went to cover the Angolan Civil War in 1975. The much-anticipated Italian children's film “Iqbal, a Tale of a Fearless Child” by Michel Fuzellier and Babak Payami, which is based on the popular children's book series translated also in Greek, follows Iqbal's brave story and how he was sold as a slave for $16, as well as how he eventually led the other children to a revolution. Mats Grorud's “The Tower” recounts the story of Wardy, an 11-year-old Palestinian girl   born and raised in a refugee camp with her family. The selection also features an array of acclaimed films, such as the recently awarded at Annecy Festival “Away”, by Gints Zilbalodis, a film fully-created by a single man (!), as well as Sébastien Laudenbach's “The Girl without Hands”, based on the Grimm Brothers' same-titled tale which was already showcased at Cannes Film Festival, as well as Carlos FerFer's “Memoirs of a Man in Pajamas”, an animated romantic comedy for bachelors, couples and friends, based on the graphic novel of the same title. 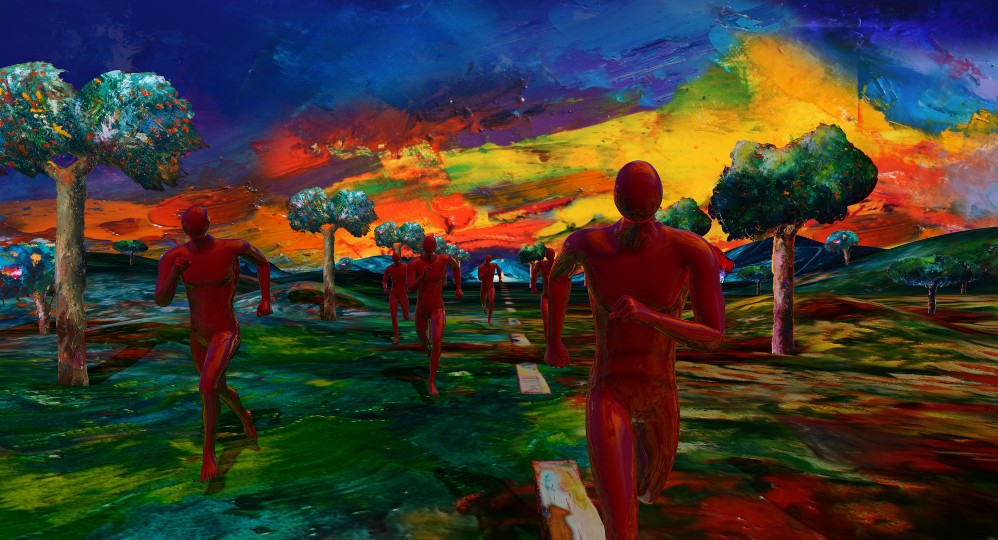 A total of 22 films will compete this year at the Animasyros International Competition section, which has become the festival’s flagship section, showcasing the top productions of the global animation scene. Among the films selected to claim the prize this year is Antonis Doussia's “Violent Equations”, a film inspired by the work of painter and sculptor Costis Georgiou, which is already making rounds at international festivals. Among other notable participations is the multi-awarded “Selfies” by Claudius Gentinetta -a record of thousands of stylized selfies that make up the abyss of modern human existence-, as well as the new film-protest of acclaimed animator Patrick Smith “Gun Shop”, which features 2,328 weapons (from the 393 million existing in the US!) under the sounds of jazz served with a great dose of cultural irony. 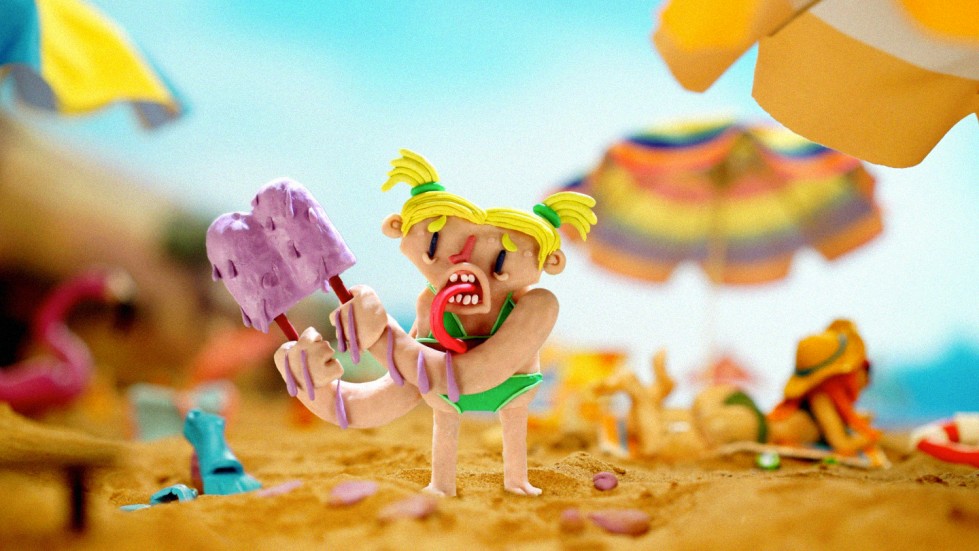 With comic, social, experimental and ecological films from France all the way to Peru, created with all sorts of styles and techniques, this year’s Student Competition Section showcases the future of animation through the best examples of up-and-coming animators worldwide. Among the 24 films selected, Anna Mantzaris’ new film “Good Intentions”, a short thriller about people who are not always good at making decisions, as well as the new promising Greek talent Fokion Xenos who has showcased his film “Heatwave” in many international festivals, earning the best impression. Fokion Xenos will conduct a workshop for high school students, titled “A Microplastic Journey”, in collaboration with Aegean Rebreath. 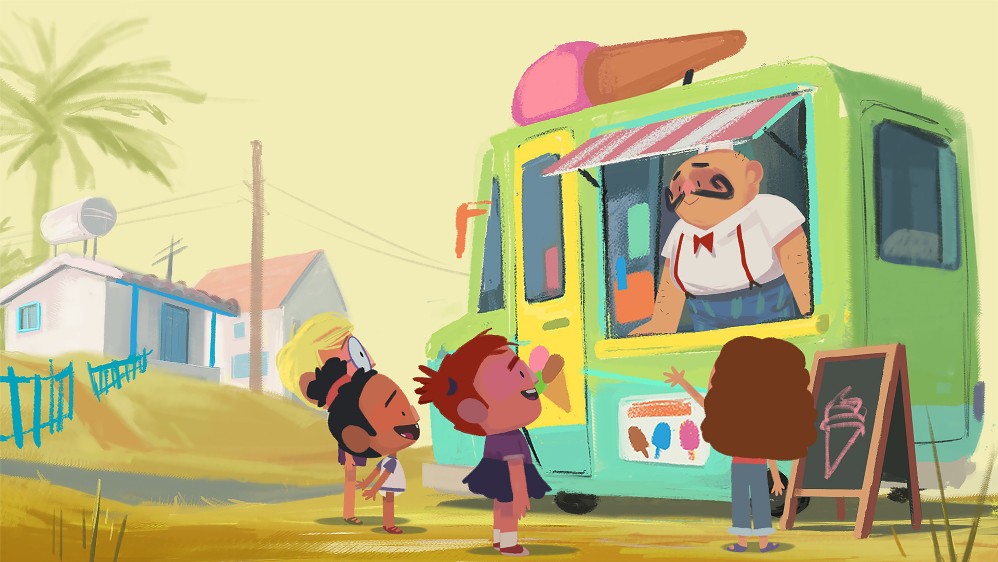 TV episodes, music videos, commercials, public service announcements and more comprise this year's Commissioned Films section animations. Among them, Kleopatra Korai's “Ariel”, an ode to the spirits accompanying the lost refugees, Manos Gerogiannis and Yiannis Zoumakis' “Digitized 2018”, as well as “The Ice Cream Man” by Katerina Pantela, a film that guides us through the unique ephemeral moments of children's innocence. French series “ATHLETICUS” by Nicolas Deveaux will also be screened, with four comic episodes where hippos and ostriches compete in sports games!

The international competition jury will also award the best movie of this section. 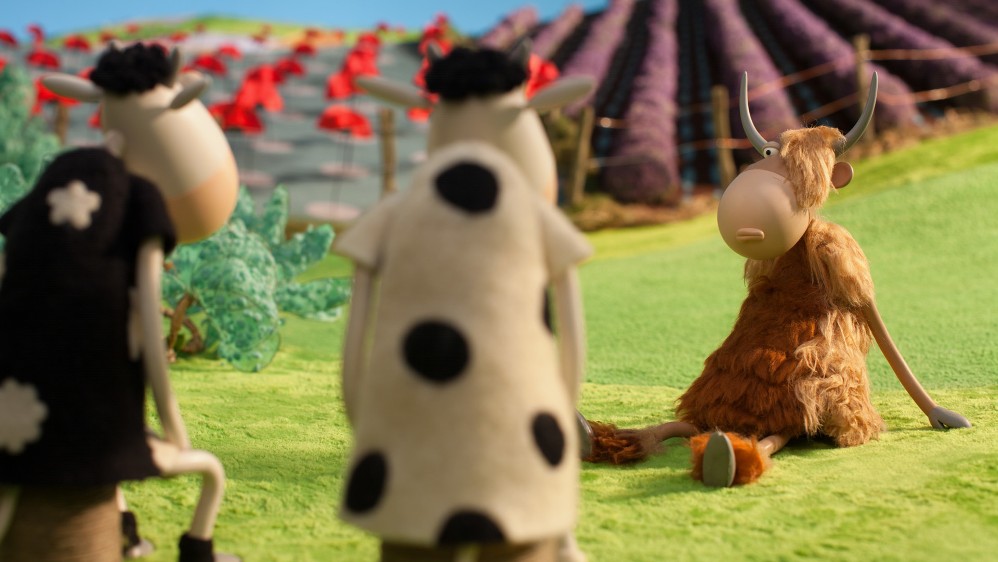 This year, a new prize will be awarded during Animasyros. Αwarded for the first time this year by the Representation of the European Commission in Greece, as a co-organizer of the festival, to a film selected by the festival’s International Jury. Eligible for the award are films which will be screened during the various competition sections of Animasyros12. Films that stand from any part of the world -not exclusively EU productions or coproductions- underpinning the values of the European Union: respect for human dignity, freedom, democracy, equality, the rule of law and respect for human rights (Article 2 of the European Union Treaty). 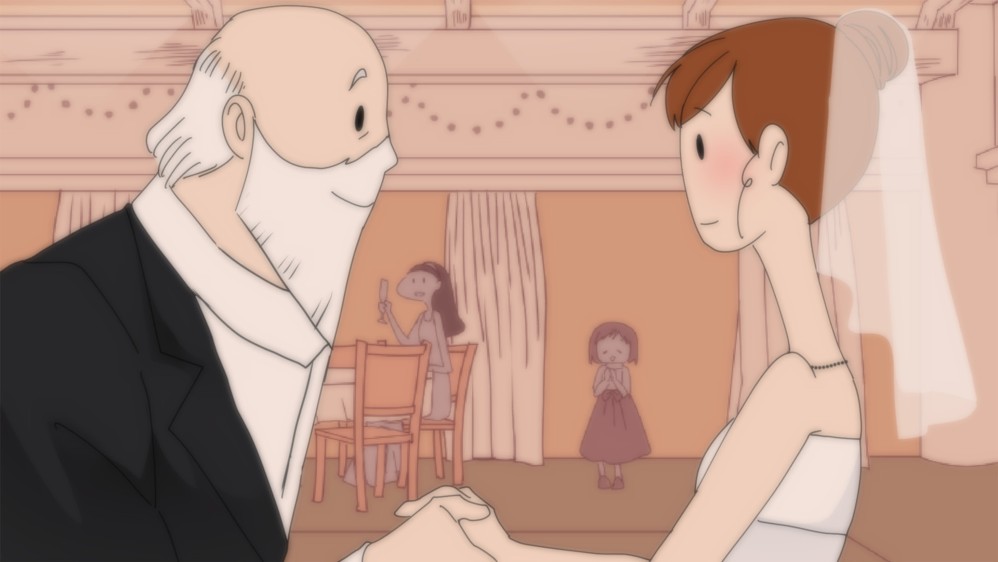 Aside its great competition sections, Animasyros 12 honors with two retrospectives the countries of Sweden, in collaboration with the Swedish Embassy in Greece, and Azerbaijan, in a panorama for the 50th Anniversary of Azerbaijani Animation, curated by the director of Baku’s Animafilm Festival, Rashid Aghamaliy. Additionally, the International Animation Festival of Portugal, CINANIMA has chosen a programme especially for Animasyros 12 that intends to be a sample of which will be known as the new Portuguese Αnimated Cinema. For the first time, Animasyros will host a selection of the best of nominees and winners of the Emile Awards 2018 of the European Animation Association.

Animasyros collaborates for the 4th consecutive year with Athens Pride Festival, and introduces six films selected by the program team, bringing together the international queer animation scene with the greek audience. 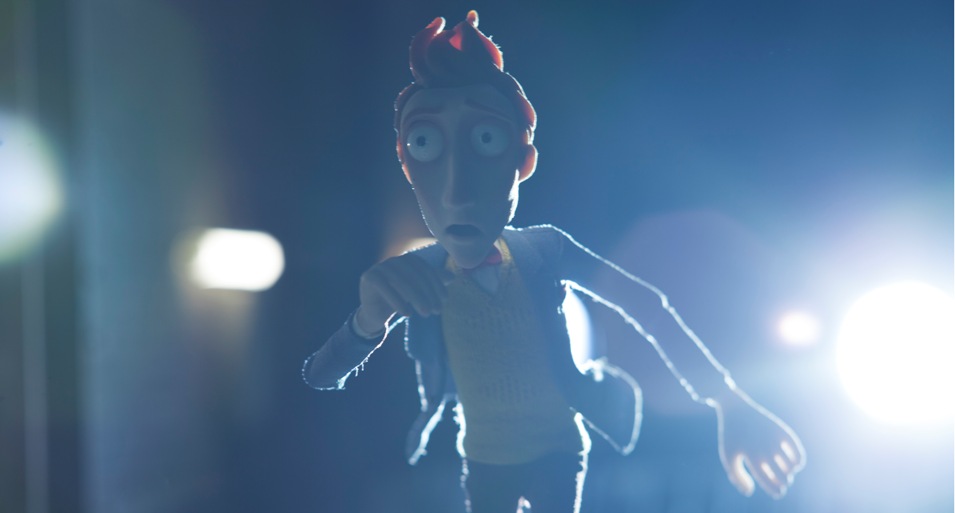 On its 5th year, Agora (the Agora section of Animasyros – International Animation Festival) has already become a hub of creative professional networking, targeting the development of partnerships and synergies among animation professionals around the world and aims to reinforce intercultural dialogue through animation, and create an open space where vibrant encounters will shape an international creative network of professionals.

Within this edition, the Agora will include an integrated videotheque (digital library) of completed and in- progress animation films, accessible to accredited professionals. Moreover, lectures and presentations of professionals and representatives of organizations and institutions will take place tackling current issues and topics of the related animation market and more widely on the entrepreneurial culture, under the direction of Marineta Mak Kritikou.

In addition, an intensive workshop on pitching & supporting a media project within the film market context entitled “How to Pitch – One to One meetings” will take place for 5 ongoing projects, from Iran, Brazil, Italy, Russia and Greece, coordinated by Nancy Denney Plelps, creator, animation historian, journalist, and owner of AWN (Animation World Network), as well as coaching tutor. Finally there will be a Work in Progress presentation of Irida Zhonga’s short stop motion animation film “Man Wanted” (a Greek/Estonian/Serbian/Albanian coproduction) in the presence of the director. 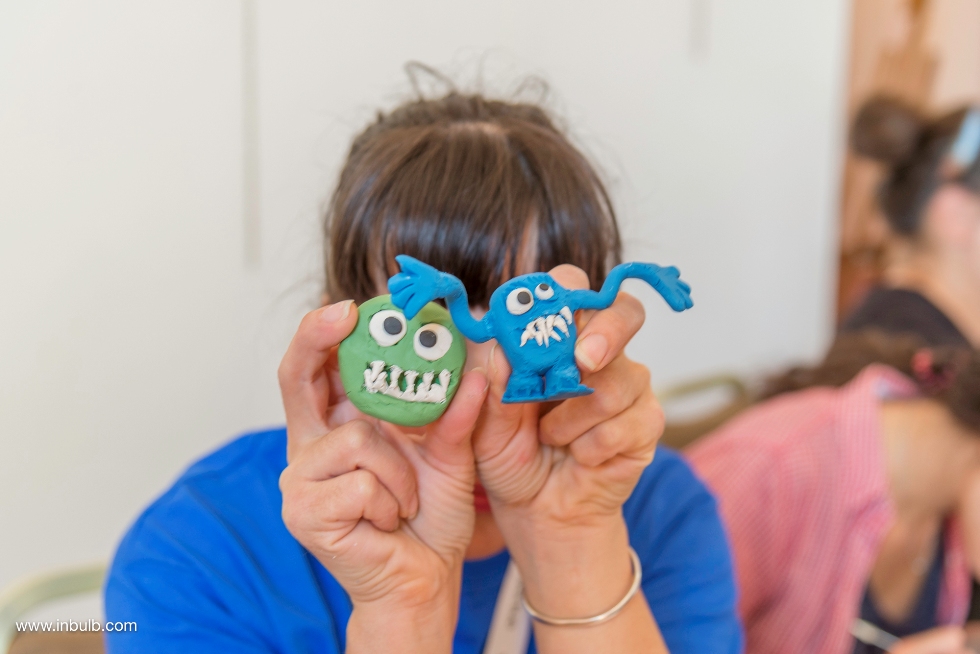 Animasyros is not all about screenings! Every year a series of media literacy activities takes place during the festival engaging children, youth and adults, professionals as well as amateurs. During those workshops participants create moving images, fun visual toys, short animation films and whatever else comes up! In its 12th edition, six (6) different workshops will take place during the festival:

“AMicroplasticjourney” for high school students, with the animator Fokion Xenos and in collaboration with Aegean Rebreath,

“AnimatingtheartofAlexisAkrithakis” for adults / students, with the animator Dan Richards,

“It's moving” for elementary students, with the animator Giannis Xagorakis,

“Rebeticats” for elementary students, with the animator Tomas Kunstler,

“Animating the cookies” for aged people, with the animator Margarita Simopoulou,

“Carefortheenvironment” for people with disabilities, with the animator Elena Pavlaki.

At the end of each workshop, an animated movie will be produced and presented at the festival. Stay tuned!