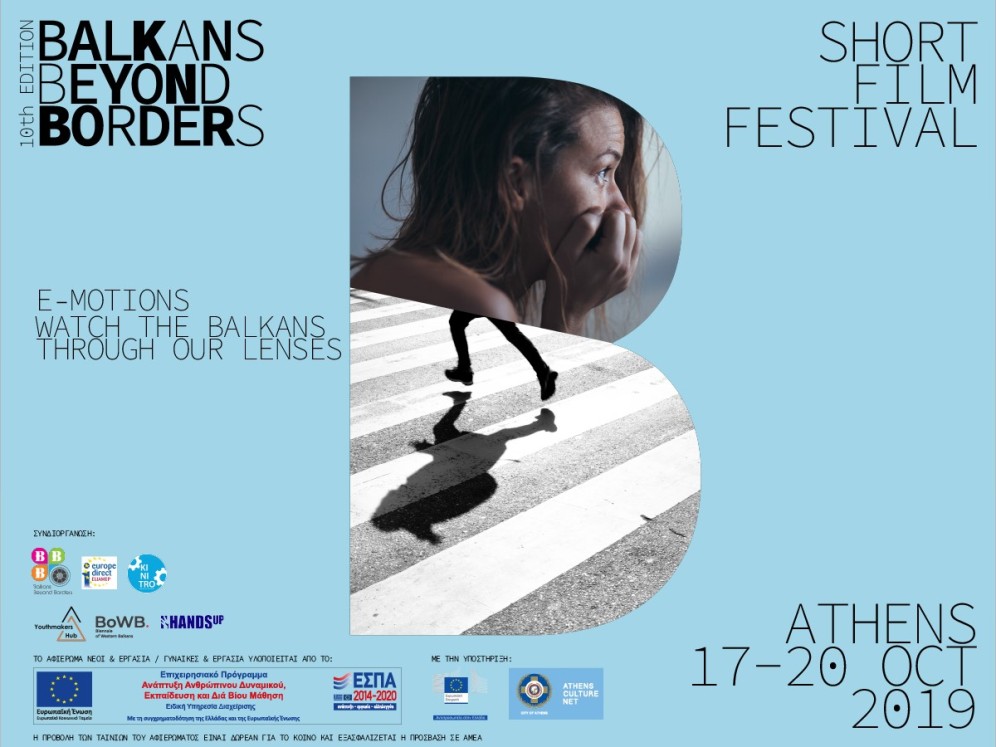 The Festival is supported by a team of partners: the Biennale of Western Balkans, Youthmakers Hub, AMK KINITRO, HANDS UP and Europe Direct ELIAMEP. It also enjoys the support of Athens Culture Net and the Delegation of the European Commission to Greece.The jury consists of: 1. Ismet Sijarina, Director and Scriptwriter, Professor at the University of Pristina, 2. Sunčica Fradelić, member of the Cine Club Split, and 3. Konstantinos Aivaliotis, Director of Promotion at the Greek Film Center. The jury will award the BBB BEST FILM, BBB FIRST ENTRY and SPECIAL MENTIONS awards. 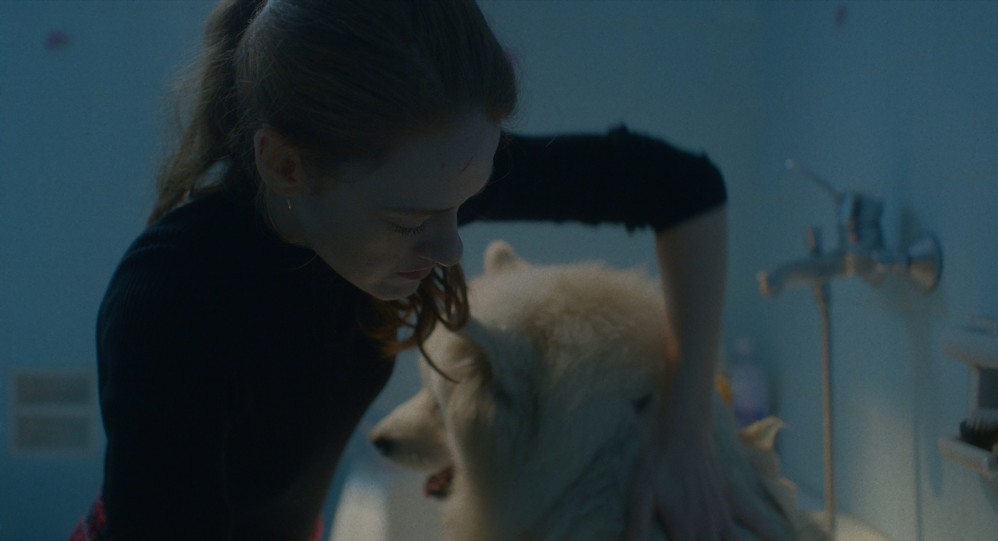 The COMPETITION Section of the Festival includes 30 Balkan productions and co-productions with the awarded “Hector Malot : The last day of the year” by Jacqueline Lentzou and "Fourth Wall" by Thanasis Gotsis among them, Q&A sessions with guest directors. (Check out the full schedule of the screenings here). The Opening ceremony will take place on Thursday, 17/10 at 20:00 followed by the Competition Programme Screening titled Crossing Borders, while the Festival winners will be announced at the Closing Ceremony on Sunday, 20/10 21.30 followed by the winning film screening

The NON COMPETITION Section features a series of tributes: 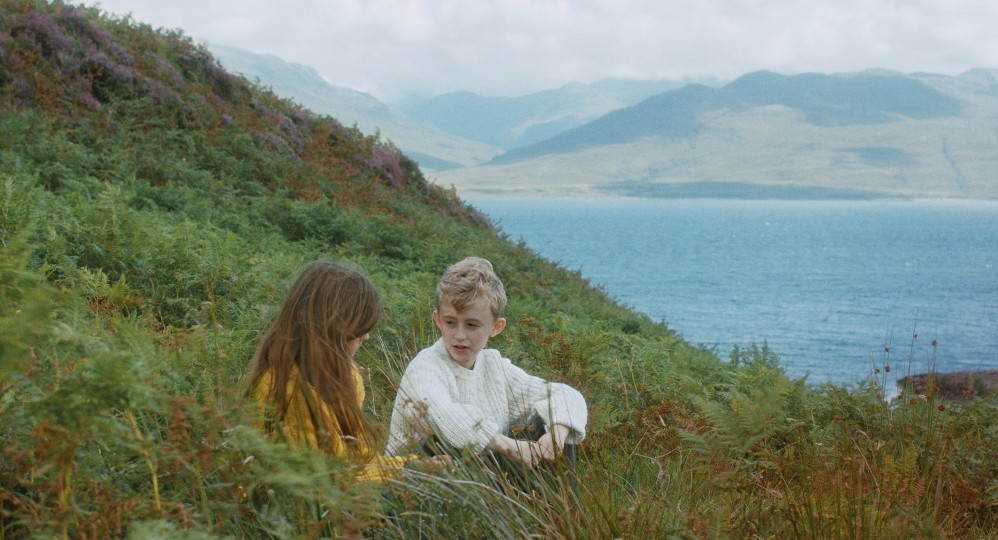 – Saturday: 19/10 21:30 – 23:00
BBB FOCUS – SCOTLAND The 10th Balkans Beyond Borders Short Film Festival will feature a special screening of Scottish short Films under the title BBB FOCUS: SCOTLAND. The screening is in collaboration with the Edinburgh Short Film Festival aiming at discovering Scottish stories and culture through specially selected short films by young filmmakers. The screening will follow live music with the Celtic band Noriana. 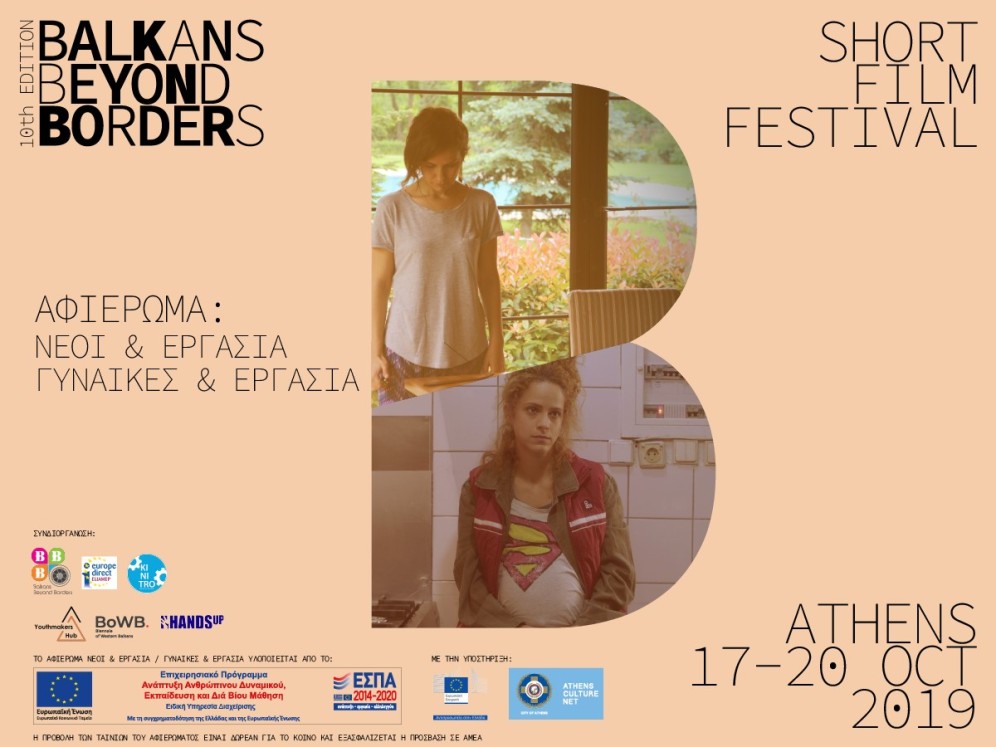 – Saturday, 19/10 18:00 – 19:30 Sunday, 20/10 17:00 – 18:15
Youth and Labour/ Women and Labour: This year, for the first time in its history, the Festival hosts a special module under the topic «Youth and Labour / Women and Labour». This module is implemented in the framework of the Operational Programme “Human Resources Development, Training and Life-long Learning” and is co-funded by the European Union (European Social Fund) and by national resources. Its co-funded projects deal mostly with the improvement of education and employment in Greece. Its main targets relate to the development and promotion of human resources skills, activities against unemployment, strengthen social cohesion and social inclusion of vulnerable social groups, improvement of the quality of education & lifelong learning, awareness on environmental education, linking education with the labor market.

The films are free and are accessible to people with disabilities. The screening is accessible to deaf people.Through these stories we will meet characters who are forced to leave their country, persons who are experiencing exploitation and oppression at work or facing with dilemmas. These stories depict characters who absorb the political and economic problems of our time and struggle to survive in a harsh environment trying to achieve their goals. 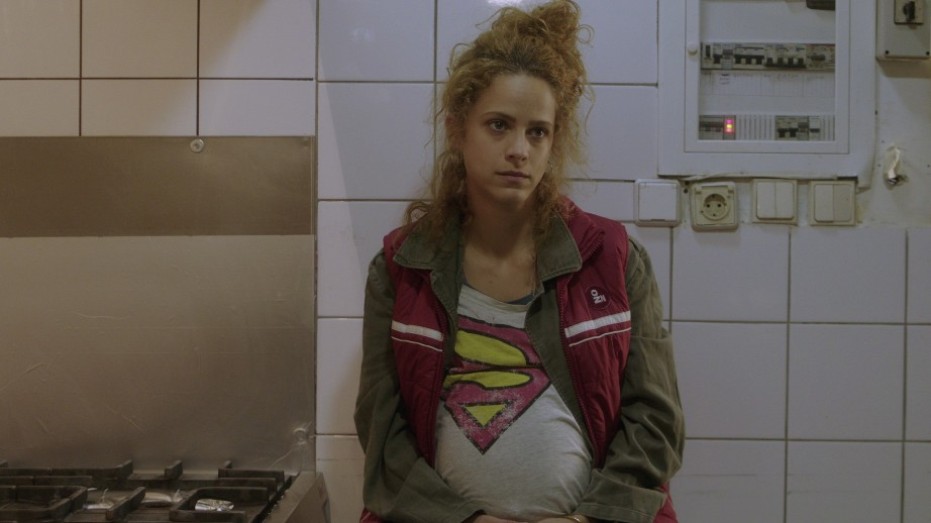 – Friday, 18/10 16:30 – 18:15
«#EUandME: Short Films» in collaboration with Europe Direct ELIAMEP and with the support of the
Delegation of the European Commission in Greece. A discussion with guest speakers will follow. 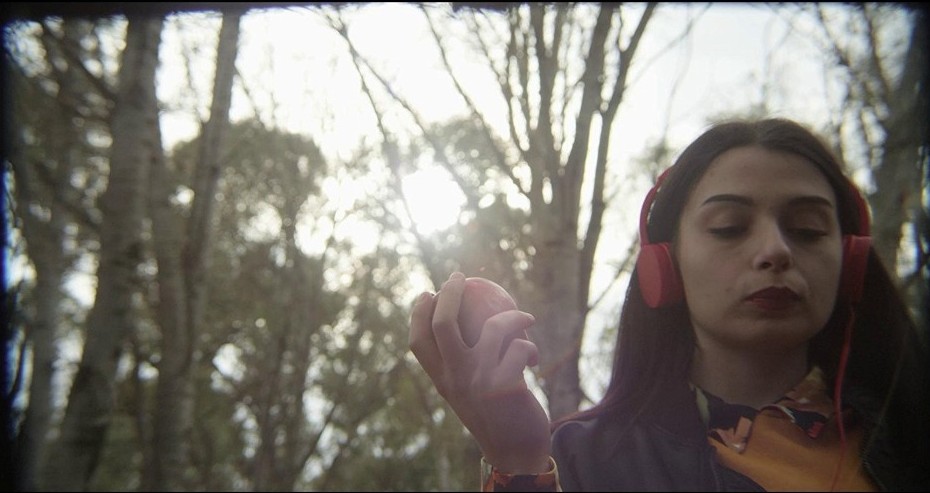 – Friday, 18:00 – 19:00 Sat. and Sun. 16:00 – 17:00
Labyrinth of Senses: Experiential workshop of familiarization with disability powered by KINITRO
the public will have the opportunity to familiarize themselves with disability through various activities.  Location: Fabrica

The public will be able to use a digital interactive platform at the festival site, specially designed for
Balkans Beyond Borders by the Biennale of Western Balkans, using the software MAZI.