Knossos is the site of the most important and better known palace of Minoan civilization. It is located in a prominent position on Kefala Hill, 6 km. southeast of Herakleion, surrounded by olive groves, vineyards and cypress trees.

According to tradition, it was the seat of the legendary King Minos. The Palace is also connected with thrilling legends, such as the myth of the Labyrinth with the Minotaur, and the story of Daidalos and Icaros.The site was continuously inhabited from the Neolithic period (7000-3000 B.C.) until Roman times.

The majority of the people believe that Knossos was discovered by Sir Arthur Evans in 1900. In fact, the first excavation took place in 1878, by the Cretan merchant and antiquarian Minos Kalokairinos, but his contribution has been largely overshadowed by that of Evans. 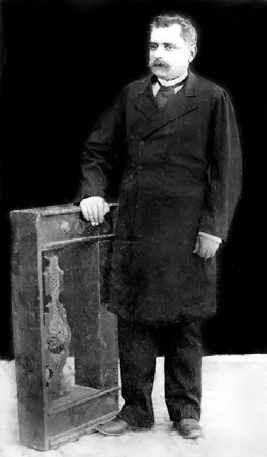 Minos Kalokairinos was born in 1843. His father was a rich landowner, who owned the site of the palace of Knossos. As Dr Katerina Kopaka notes, “Kalokairinos tried to combine his responsibilities as an homme d’ affaires with his vision of a man of letters”. He obtained secondary education on the isle of Syros, then enrolled at the law faculty of the University of Athens where he only studied a year, as he was forced to abandon his studies after his father fell seriously ill and died. He then took over, together with his brother Lysimachus, the family-owned business until 1871.

Kalokairinos later went into soap manufacturing, winning awards at world exhibitions. Unfortunately, however, his business enterprises were not destined to be successful to the end; in 1895, he was forced to declare bankruptcy and was thus deprived of the right to engage in commerce. In 1903 he decided to resume his legal studies at the university, and was later awarded a degree. In 1878 his passion for archaeology and classical studies led him to attempt the first systematic excavations at Knossos. He bought the site where he wanted to conduct excavations from Zekiris Bey, Ibrahim Efentakis and according to Turkish archaeological law he would be entitled to 1/3 of the findings. The main excavation lasted three weeks and covered different parts of the Royal Palace complex, focusing on its west and south wings. 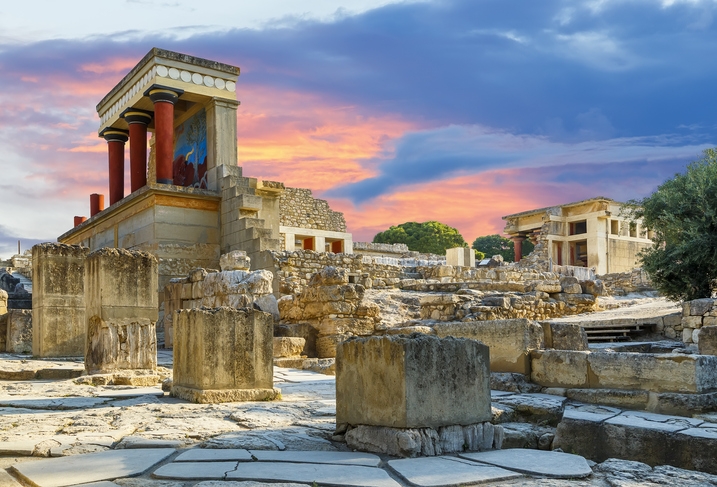 In 1879, the Christian General Commander of Crete, Fotiadis Pasha, visited Knossos to see the progress of the excavations. With the agreement of the city's scholars, he decided to stop the excavations in order to protect the findings, because he was afraid that they would be transferred to Istanbul, as Crete was still under Turkish occupation.

Kalokairinos, who wanted to make Knossos broadly known, escorted archeologists, diplomats, newspaper correspondents and other VIPs at the site and showed them his private collection.

In 1886 he was visited by the German archaeologist Heinrich Schliemann, who was famous for the discovery of Troy. Kalokairinos showed him his findings, but he also failed to obtain permission to continue the excavations.

In 1894 it was Evans' turn to visit Crete and to be informed about the excavations. Sir Arthur Evans was impressed and bought ¼ of the Kephala Hill for 6,000 drachmas. On March 23, 1900, excavations began. Evans' most important colleagues were the archaeologist D. Mackenzie, known for his excavation in Melos, who undertook to keep the excavation journal, and the architects C. Doll, F.G. Newton and Piet de Jong. 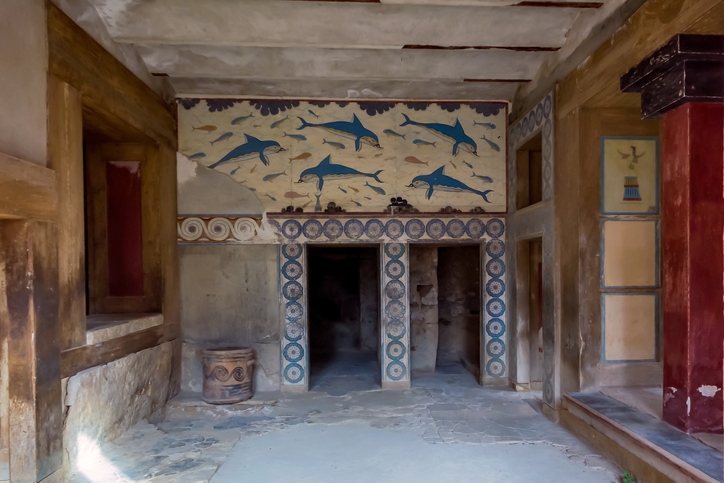 Dolphins on the Knossos walls (Photo by Mihrzn, Source: iStock / Getty Images Plus)

First came to light the "throne room" and within two years Evans and his team managed to dig Knossos out of the ashes and lava. Kalokairinos had already retired, on account of the dramatic events he’d experienced: during the slaughter of civilians by the Turks on August 25th 1898, his brother Lysimachus was beheaded, his niece had disappeared and his son was murdered. His home was set on fire and the collection of findings from Knossos, destined for the Archaeological Museum of Athens, was destroyed.

In 1903, a new mansion was built by Kalokairinos’ nephew, son of Lysimachus. Today this mansion houses the Historical Museum of Herakleion. Shortly before Minos Kalokairinos’ death, he published the journal "Cretan Archaeological Ephemeris", much of which was devoted to Knossos.

Kalokairinos had a strong disposition towards ancient Greek literature, especially Homer, Plato, Strabo, Pausanias and their accounts of Cretan antiquity. As he confesses in his book Prolegomena 1893, his strong desire to draw upon these works in order to elucidate the ancient history of Crete, led him to the undertaking of the excavations.

Minos Kalokairinos had found a large collection of objects during his excavations.  The findings that survived after the violent events of August  25, 1898, mostly amphorae found in the western wing of the palace, were donated to museums of Greece, Paris and London in order to promote public interest in Knossos.

Cretan archeology owes a great debt to Kalokairinos for this early exploration of Knossos which highlighted the islands prehistoric past and opened the path for discoveries that surpassed all expectations.