Athens Avant-Garde Film Festival celebrates its 10th edition: the tributes and the highlights 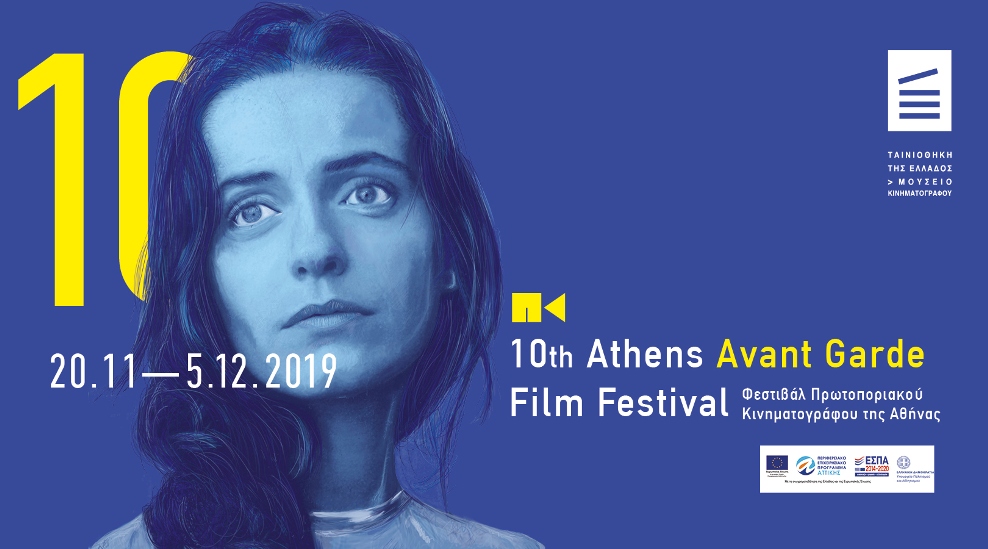 The 10th edition of the Athens Avante-Garde Film Festival (AAGFF), organized by the Greek Film Archive, will take place from November 20 until December 5 2019, at the Greek Film Archive (theatres A, B) and ExileRoom, whilst some of its screenings will be hosted at the Institut Français; aspiring to bring to the foreground, that which is most fresh and groundbreaking in international, contemporary cinema. The opening (Wednesday 20/11) and closing ceremonies (Saturday 30/11) of the 10th AAGFF will be curated and directed by Yannis Sakaridis.

This year’s International Competition Section will include nine films, predominantly by young directors, who have experimented with new forms of narration whilst frequently using techniques that combine fiction with documentary, in order to examine issues concerning identity, tensions within multi-cultural societies or the consequences of today’s crisis in the youth — whilst often bringing to the fore, those who have been marginalised. Directors Ronny Sen (Cat Sticks) and Ehsan Khoshbakht (Filmfarsi), as well as the lead actress of the film Love Me Tender, Barbara Giordano, will be in Athens to present their films. 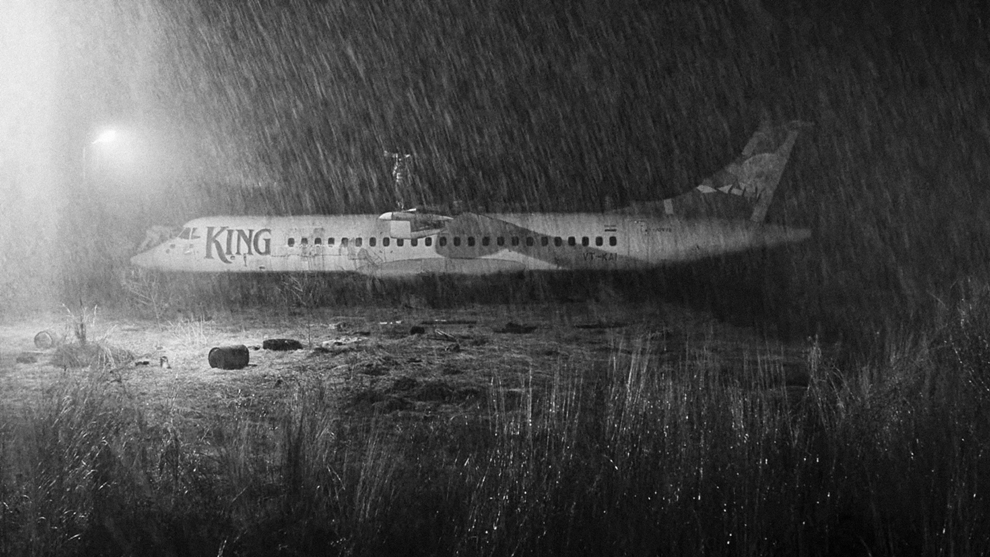 The Greek Film Archive presents a tribute to the great Portuguese director Manoel de Oliveira, in collaboration with the Portuguese Film Archive and the Embassy of Portugal in Greece. 12 short, mid-length and feature films will be screened, most of which will be presented in their Greek or Athenian Premieres.

It is no coincidence that the beautiful, expressive face that dominates this year's poster of the 10th AAGFF, is that of Oliveira’s muse, Leonor Silveira who stars in Vale Abraão (Abraham’s Valley). Keynote speaker for Oliveira will be José Manuel Costa (director of the Portuguese Film Archive), whilst for Oliveira’s early films the speaker will be Miguel Seabra Lopes, screenwriter of the film The Fever (A Febre) by Maya Da-Rin, that will be screened in the Athenian Premieres section. 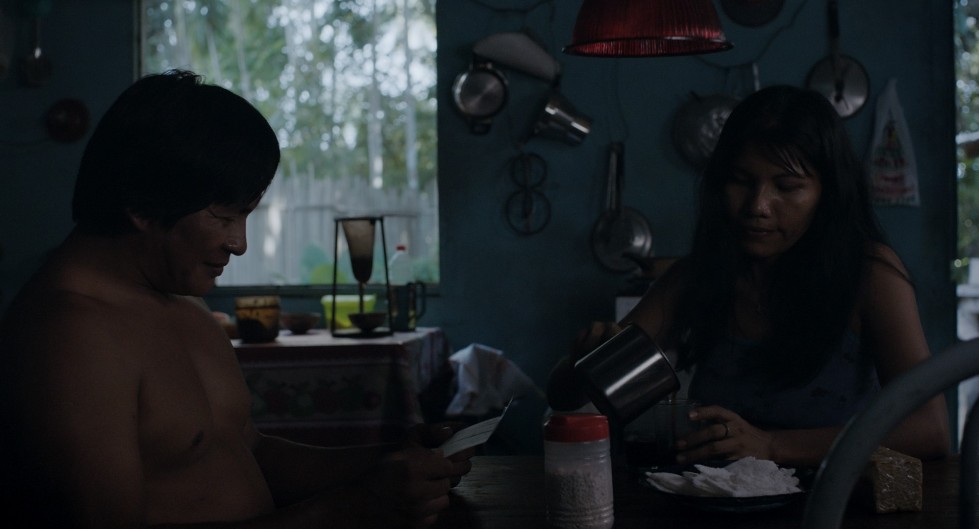 Another festival highlight is the tribute to one of the most important and prolific directors of Italian Cinema, Marco Bellocchio, in collaboration with the Istituto Italiano di Culture: Atene. In the 10th AAGFF’s tribute 6 of his emblematic films will be screened. 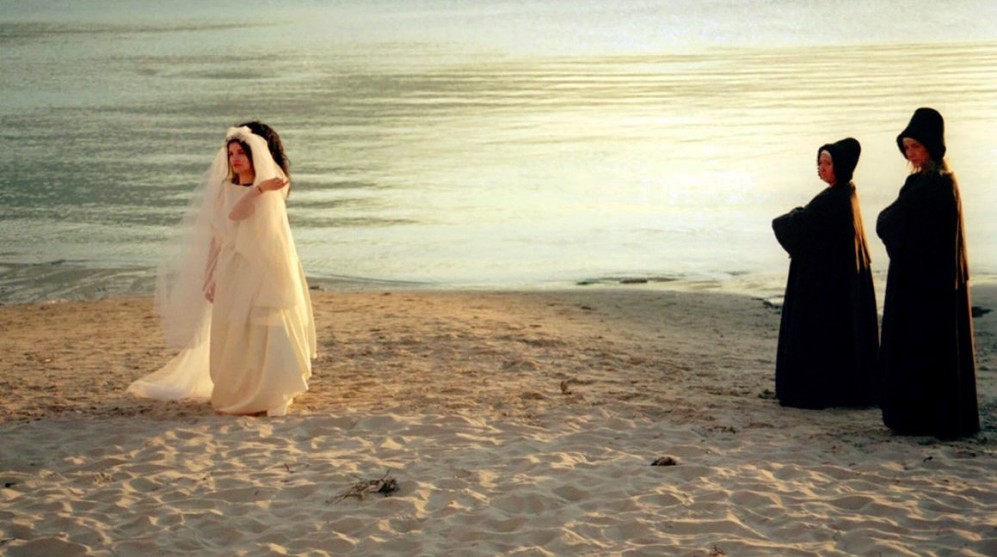 The tribute to a very important figure of Greek documentary and experimental cinema, Eva Stefani, will showcase a significant portion of her body of work (15 films that were chosen in collaboration with her). Since the beginning of her career, Eva Stefani has devoted herself to Observational Cinema (Letters to Albatros, The Box, etc), focusing her lens on those that society has made invisible (prisoners, the institutionalized, the homeless and sleepless, the unemployed and workless, the elderly), but later also excelled in a more poetic form of experimental documentary (Acropolis, Manuscript). Eva Stefani will also give a Masterclass on Monday 25/11 (15:30, Greek Film Archive — Theatre A) 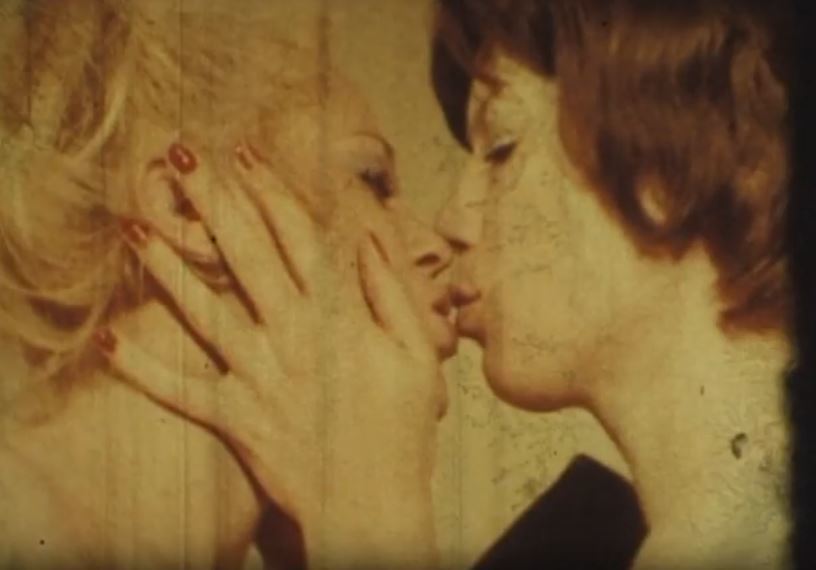 French documentarian Florent Marcie is also an official guest of the 10th AAGFF, for whom the festival has also prepared a separate section with 7 films. Marcie shoots, edits and funds his own films, using new digital audio-visual technology in a radical method as his own answer to the propaganda of media. His axiom is “as long as we don’t see for ourselves, we can’t know what’s going out there”. 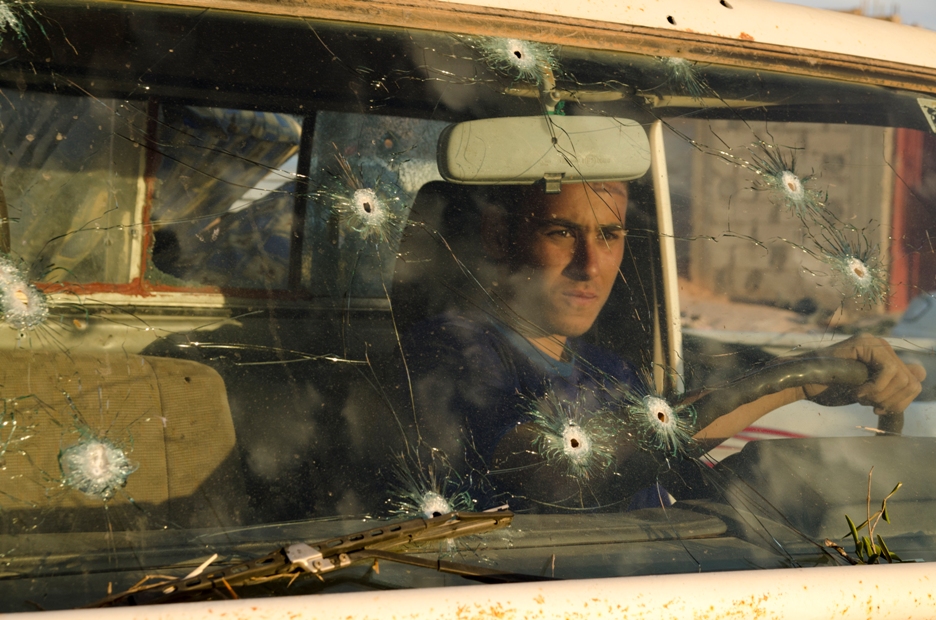 Pioneering and bold French film director Marie Losier will present the tribute on her work, that was recently hosted at the Museum of Modern Art in New York (MoMA) and will introduce her latest film Felix in Wonderland, on the well-known musician Felix Kubin (electronic music). The film will be screened in its Greek premiere. Florent Marcie and Marie Losier will each give a Masterclass — the former on Wednesday 27/11 (15.30, Greek Film Archive — Theatre B), and the later on Thursday 28/11 (19:00, Exile Room). 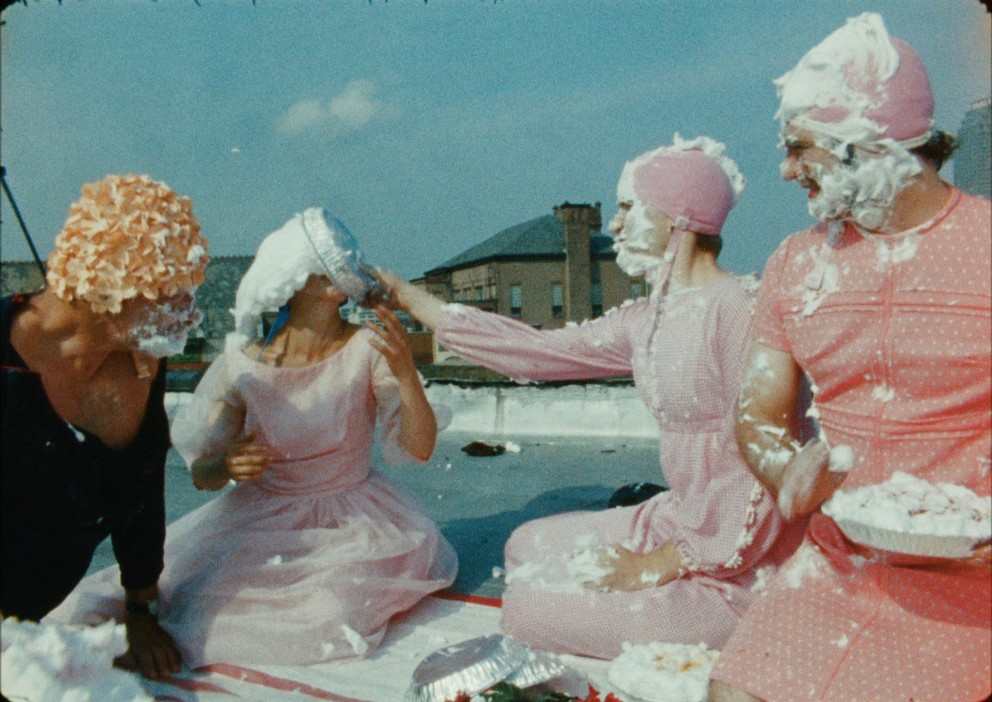 One of the surprises of this year’s festival is the Hitchcock/Truffaut tribute: A significant number of films by each director will be screened, creating a “conversation” between the two creators. We will see films from such as Psycho to Finally, Sunday! (Vivement, Dimanche!) and The Man Who Loved Women, but also Truffaut’s two favourite Hitchcock films: Spellbound and Notorious. 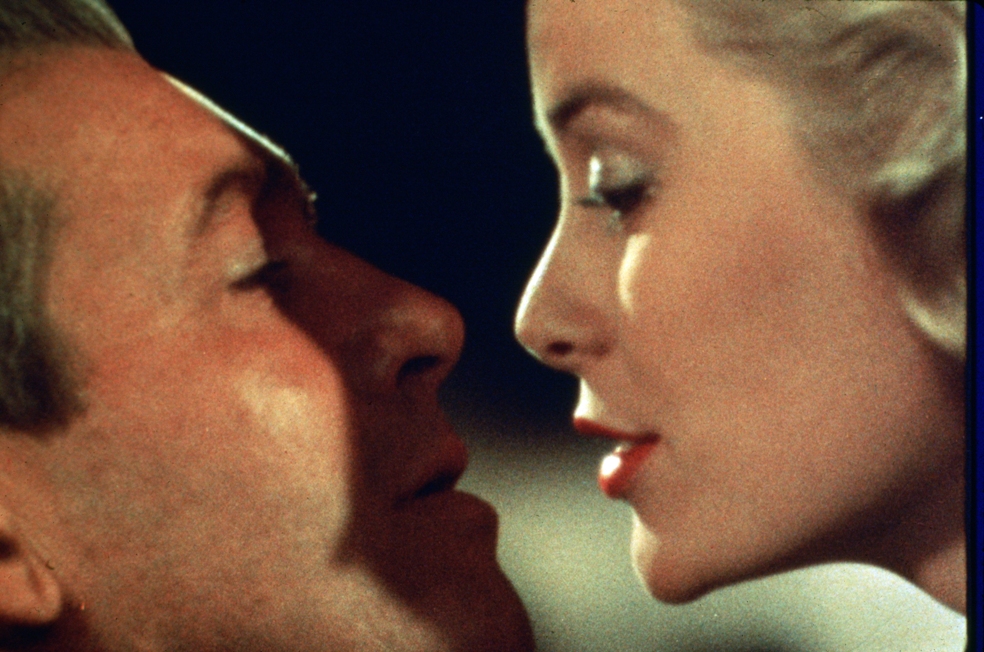 The 10th edition programme also includes the tribute “Sexual liberations-Visual Revolutions” curated by Nicole Brenez and Stéphane Gérard, with provocatively interesting films that explore various expressions of sexuality — films which according to the curator: “with their courage, energy and beauty provoked in their time, and then later contributed to our own liberation”, as well as one more tribute to the American Experimental cinema: selections from the work (short and feature) of the avant-garde filmmaker and influential artist, Robert Beavers — a close collaborator of Gregory Markopoulos, will be presented. Robert Beavers will also present the work of his partner: the German film director and professor Ute Aurand. In the same tribute, the work of the important artist of the American avant-garde, the animator Suzan Pitt will be presented, curated by the director of the Harvard Film Archive, professor and President of the International Competition Jury of the Festival, Haden Guest. 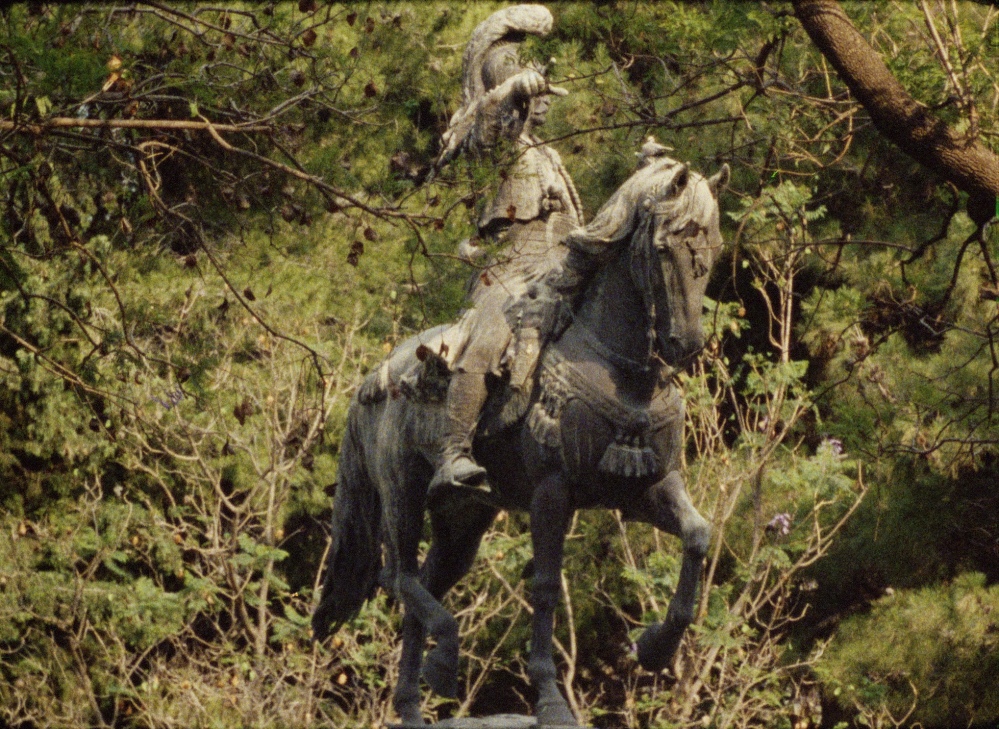 "Among the Eucalyptuses", Robert Beavers (2017)

Greek cinema will be represented by two tributes that will include landmark films in its history: The Modern as an Experiment, curated by Maria Komninos, observes the influences in the 1930’s up to the delayed emergence of modernity in Greek cinema, (The Ogre of Athens) as well as the emergence of Greek experimental and visual-art cinema (K. Sfikas, Th. Rentzis, A. Angelidi). 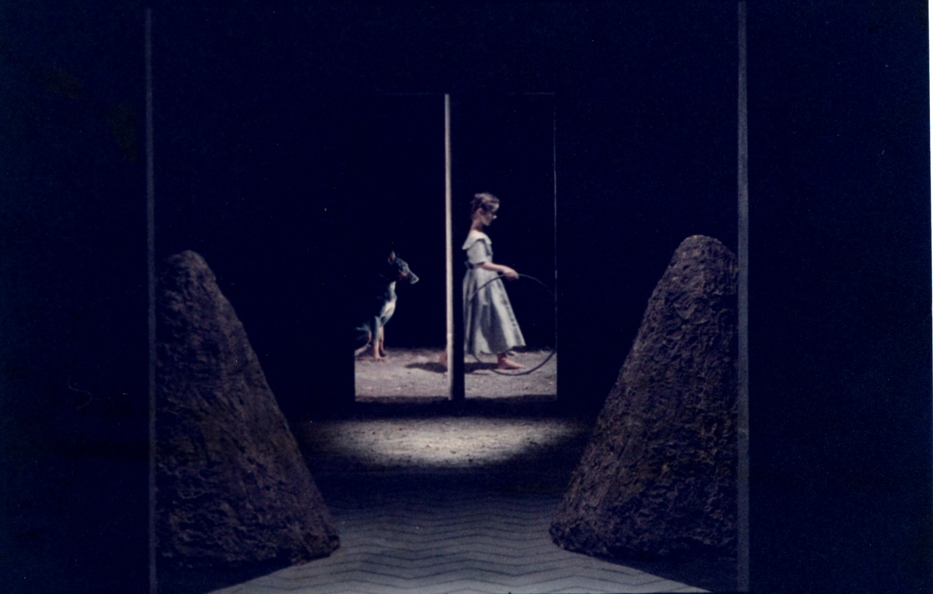 Another important tribute, “There’s something about the family”, curated by Dimitris Papanikolaou, includes films by Cacoyannis and Angelopoulos, Lanthimos, Economides, and Koutras, as well as a recent series of short films, dealing with the issues of the Greek family. As Maria Komninos notes, “The exploration of family secrets that sharpened the modernist sentiment of Angelopoulos and Cacoyannis, has lead to the emergence of a new weird wave, that will refresh contemporary Greek cinema”.This tribute has been designed as a cinematic reference to Professor Dimitris Papanikolaou’s book: There’s something about the Family: Nation, Desire and Relationship (Patakis 2018), where all these films are analysed. On Thursday 21/11, at 21:15, after the screening of the film A Matter of Dignity by Michael Cacoyannis (19:00, Greek Film Archive — Theatre B), a discussion will follow with Dimitris Papanikolaou; the director of the AAGFF Maria Komninos; the author Maria Efstathiadou and the academic Ioulia Mermiga.

AAGFF will also present “Some Like It Short” (with greek and foreign selections, most of which will be premieres) as well as the “Restored and Beautiful” section which includes the opening film, L’age d’Or by Luis Buñuel; the closing film Miracle in Milan by Vittorio De Sica and the iconic films The Circus by Charles Chaplin and Easy Rider by Dennis Hopper. 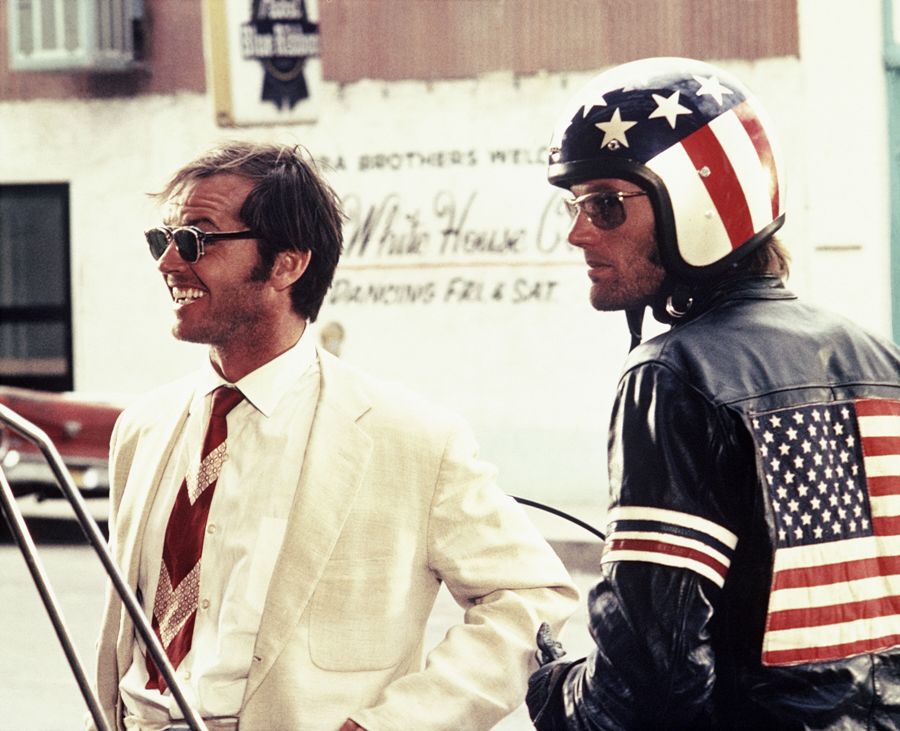 Read also: Eva Stefani on the immersing power of documentaries and loving people on the fringe, “Amerika Square” director Yannis Sakaridis on making a successful film despite budget limits, Dimitris Papanikolaou on Greek exceptionalism and the "Holy Greek family", Vassilis Karamitsanis "The Greek National Opera has decisively entered a digital path", Dimitris Katsimiris takes a walk on the dark side.