Celebrating 20 years of operation, the Frissiras Museum is holding a series of anniversary exhibitions in 2020, starting retrospectively with the 1980’s and the exhibition “Nostalgia” that will be running at the Museum until April 16, 2020. The show gives visitors the opportunity to see 56 artworks –the oldest and most important acquisitions of the Frissiras collection– created by currently well-known artists in their early years. Thus, it aims to honor Greek artists, such as Bokoros Christos, Filopoulou Maria, Golfinos Giorgos, Lappas Giorgos, Moraiti Eleni and Stratakis Nikos amongst others, whose works entered the Frissiras collection forty years ago. 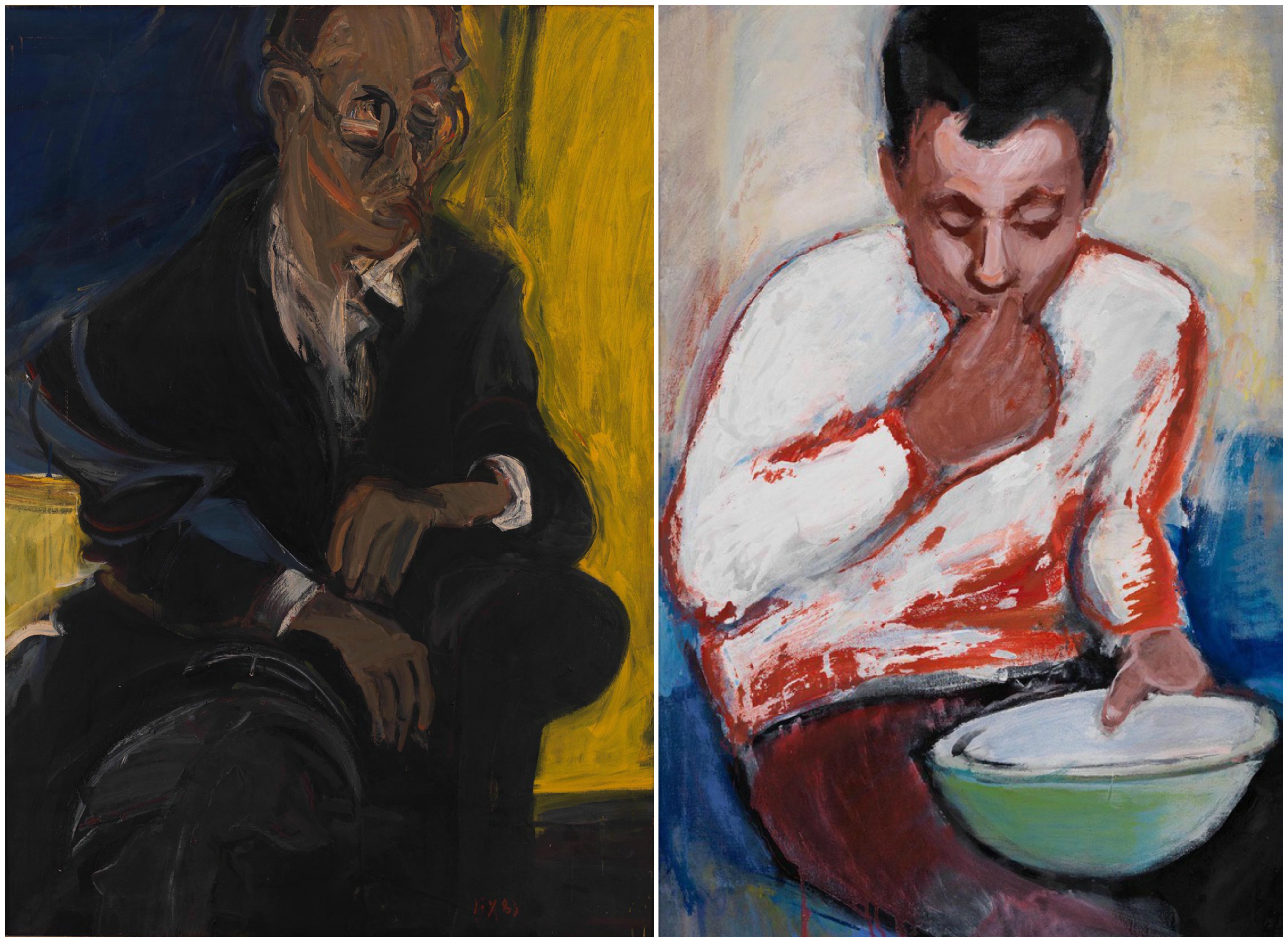 The Frissiras Museum was inaugurated in 2000. It houses a private collection of approximately 4.000 works of contemporary European art by artists such as Jean Rustin, Chronis Botsoglou, Eduard Sacaillan, Alexander Tinei, Leonardo Cremonini, Apostolos Georgiou, Takis and many more.

Over the years, it has also hosted various thematic exhibitions by established or younger artists from Greece and abroad, in a productive discourse and always within the context of artistic and cultural developments in Europe. 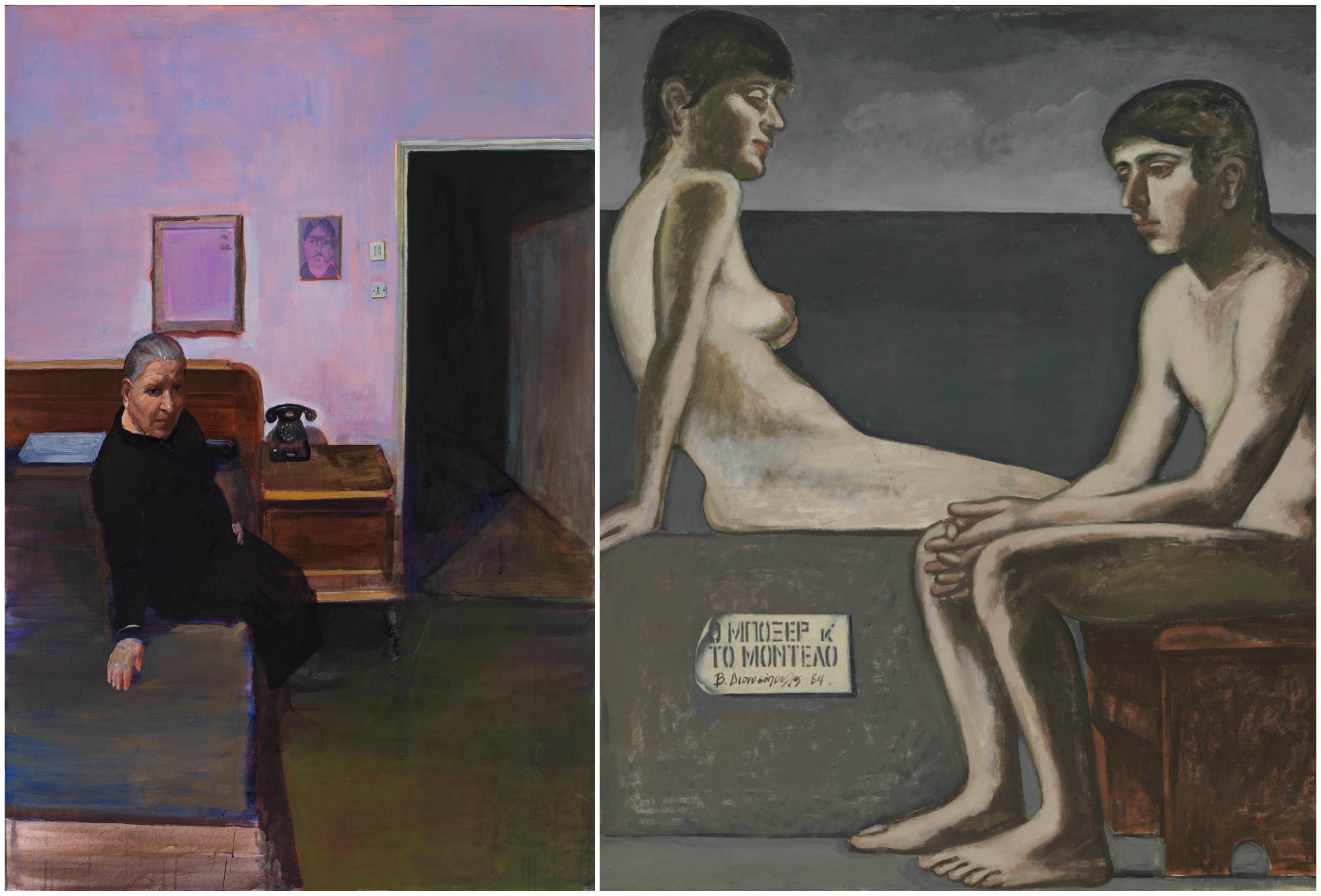 The international art movement, to a large degree, is devoted to abstract art, and even more to events which no longer bear any relation to painting a picture, including “installations”, “happenings” and “ready-made”. However, depiction of the human figure is an essential element of the painted or sculptured image in the art of every era and every place; for humanistic culture, man is the conscience of the world. This seems to be the case for the Frissiras Museum’s founder, Vlassis Frissiras –an attorney by profession but passionate about Art– who began collecting works by young Greek visual artists in 1978, with the resolute aim of putting together a collection made up exclusively of paintings centered on two axes: the human form and body, and representation, i.e. the figurative art that reinstates a method of painting which has been more or less marginalized by newer forms of art. In the 1990s, his interest turned to European artists. Commenting on the Foundation’s vision, Vlassis Frissiras says:

“Assuming a position of defense towards the prevailing artistic atmosphere, I made my personal aesthetic choices and embraced contemporary painting with an anthropocentric slant (…) I always believed that an Artwork which does not trigger the emotions is no Art at all”.

Last but not least, it is worth noting that the Frissiras Museum is also of architectural interest as it is housed in two neoclassical buildings in Plaka. The one located at 3 Monis Asteriou St., is one of the oldest neoclassical houses in Athens, built in 1860 and restored to its original form by the Frissiras family in 1998-99; it still preserves some of the architectural elements of its period like the internal courtyard, and it consists of five floors and an atrium covered by a glass roof designed by one of Greece's most prominent architects, Alexandros Ν. Tombazis.

The other building located at 7 Monis Asteriou St., designed by Ernst Ziller, was inaugurated in 1904 and is considered to be one of the most important neoclassical examples in Athens, with Ionian-style elements. It is listed by the Ministry of Culture as a late historical monument and in 1999-2000 it was fully restored to its original form by the Frissiras family.