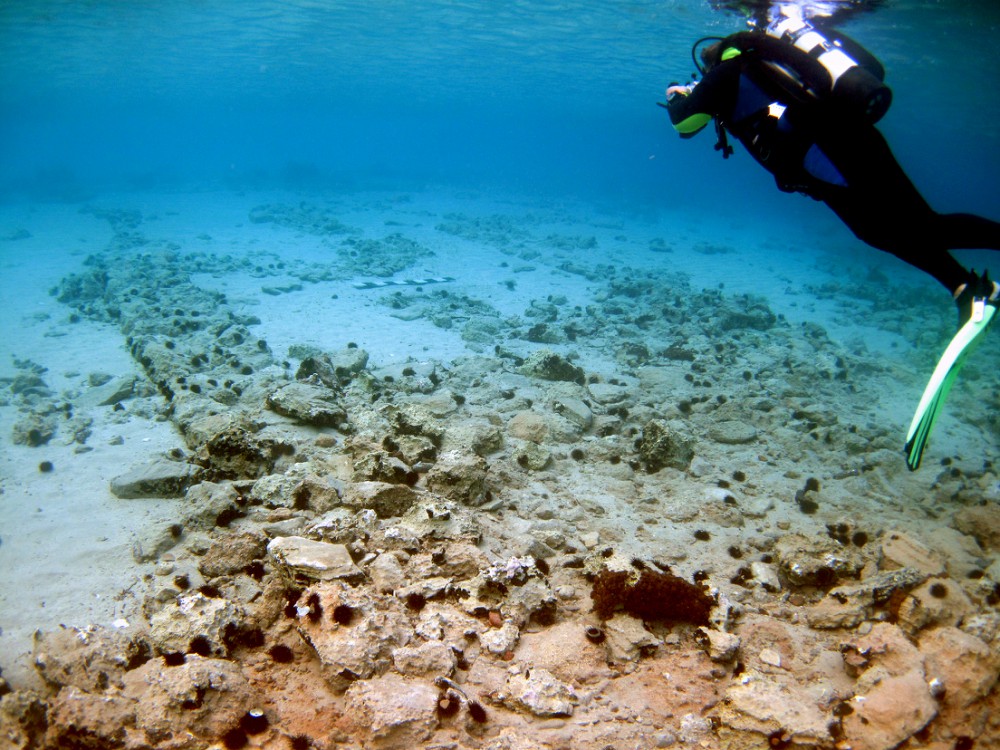 Pavlopetri, off the coast of Laconia in south-eastern Peloponnese, is a submerged prehistoric town, which consists of intact building foundations, courtyards, streets, graves, and rock-cut tombs. It is the oldest complete town ever found underwater; the settlement contains both Neolithic and Bronze Age material and the town is believed to have flourished in the period between 3000 and 1000 years BC.

The settlement was situated on an isthmus linking the island of Elafonisos with the mainland (now Pounta Beach); a combination of earthquakes and sea-level rise caused it to sink, which has in fact contributed to the site’s conservation over the following 3000 to 4000 years. In 1967 Nic Flemming of the Institute of Oceanography, University of Southampton, discovered submerged ruins on the sea floor, and has since helped organise several archaeological projects .

In 1968 a team from the University of Cambridge surveyed the remains over six weeks using a fixed grid system and hand tapes. They produced a plan of a prehistoric town, thought to be Mycenaean, covering an area of about 300m by 150m, lying in one to four metres of water. At least fifteen separate buildings (consisting of a series of rooms), courtyards, streets, two chamber tombs and at least thirty-seven cist graves were identified. The underwater site was seen to continue southward on Pavlopetri island on top of which the remains of walls and archaeological material were still visible. 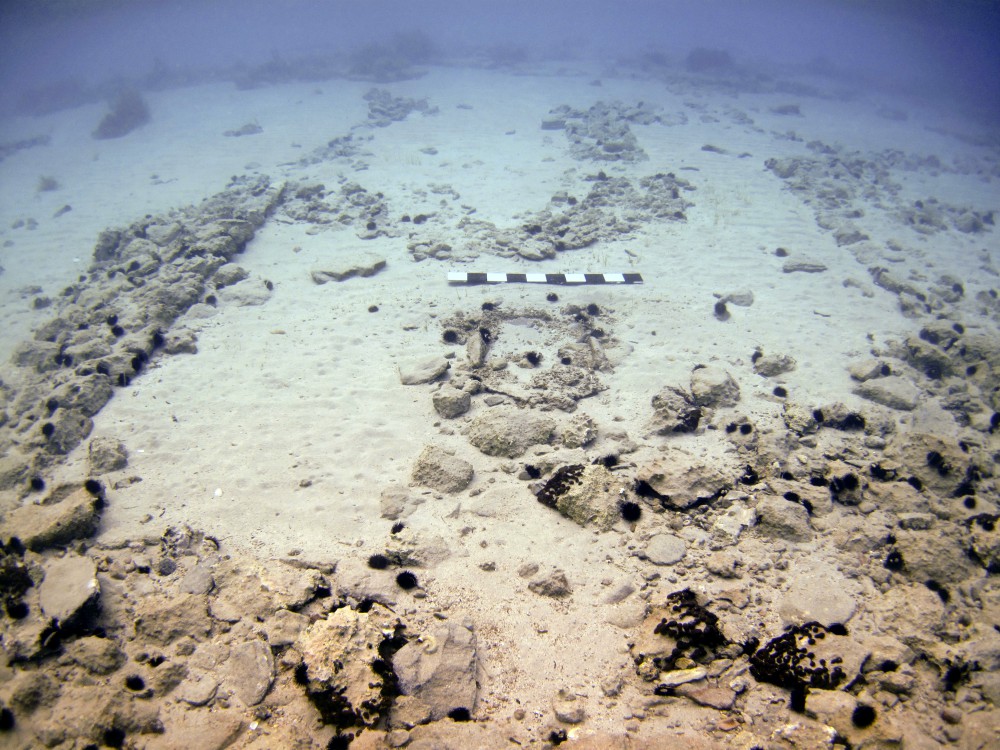 The 1968 project recovered a small amount of surface finds from the seabed (mainly pottery but also obsidian and chert blades and a bronze figurine) which suggested a date range from the Early to the Late Bronze Age (c. 2800-1180 BC). On comparison with other known archaeological sites, however, the submerged buildings at Pavlopetri were thought to date mainly from the Mycenaean period (1650-1180 BC) though this could not be confirmed from survey evidence alone.

In 2009 the University of Nottingham, through a British School at Athens permit, began a five-year collaborative project with the Ephorate of Underwater Antiquities of the Hellenic Ministry of Culture and Tourism and the Hellenic Centre for Marine Research (H.C.M.R.) to outline the history and development of the submerged town, its importance in terms of maritime control over the Laconian gulf and the reasons for its sinking.

The research consisted of detailed underwater survey of the structural remains (using a robotic total station and sector-scan sonar technology) alongside sampling of the artefactual material across the site. Working with experts in acoustic sonar and the latest digital survey techniques Dr Jon Henderson from the Department of Archaeology at Nottingham has been able to record the entire city, which covers over 80,000 square metres. Using an advanced stereo-mapping robot, developed by the Australian Centre of Field Robotics at Sydney University, the entire city was recorded to a resolution of a few centimetres. 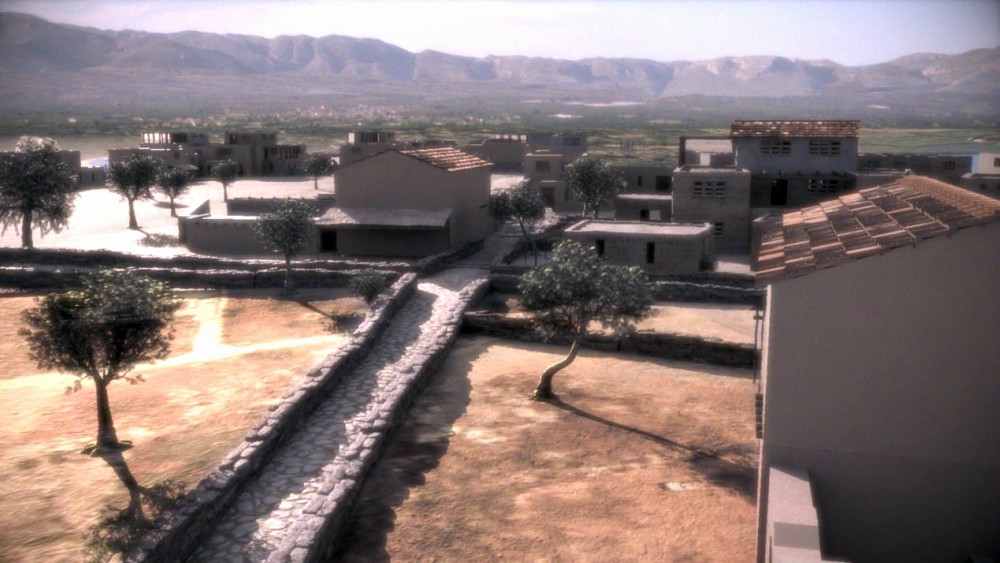 In addition to the digital recording of the 30,000 square metres of previously known buildings, over 9000 square metres of new buildings were discovered in 2009 including a large rectangular hall and a street lined with buildings. The ceramics recovered confirm the Mycenaean occupation of the site but also reveal occupation as early as 3500 BC making Pavlopetri, at over 5000 years old, the oldest known submerged town in the world.

The Ephorate of Underwater Antiquities of the Hellenic Ministry of Culture and Sports has proposed a plan, recently approved by the Central Archaeological Council, introducing underwater routes for swimmers over the submerged prehistoric settlement. The plan’s novelty is that it links the archaeological site’s enhancement to the protection and enhancement of the important wetlands on a single eco-archaeological route.