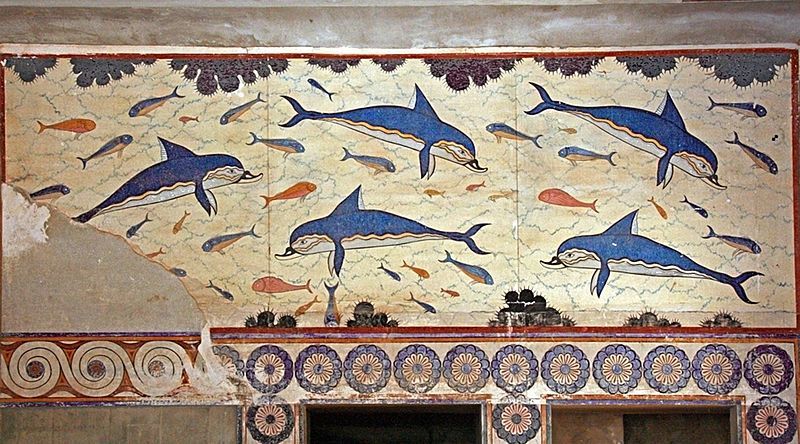 Dolphins, among the most fascinating of sea creatures, the holy animals of Apollo and Poseidon, as well as a symbol of friendship and solidarity according to Plutarch, are permanent residents of the Mediterranean and we can see them very often in the Greek seas. Etymologically speaking, the word ‘dolphin’ comes from the ancient Greek word delphis, related to the Greek delphus, or womb, so the animal’s name more or less means ‘a ‘fish with a womb.’ As such, the dolphin’s role in human culture can be traced back to ancient times, where they appear in many myths as well as in frescoes. Celebrated poets of antiquity, such as Pindarus and Archilochus, wrote about dolphins to describe their particular intelligence, the love and the gratitude they expressed to humans. 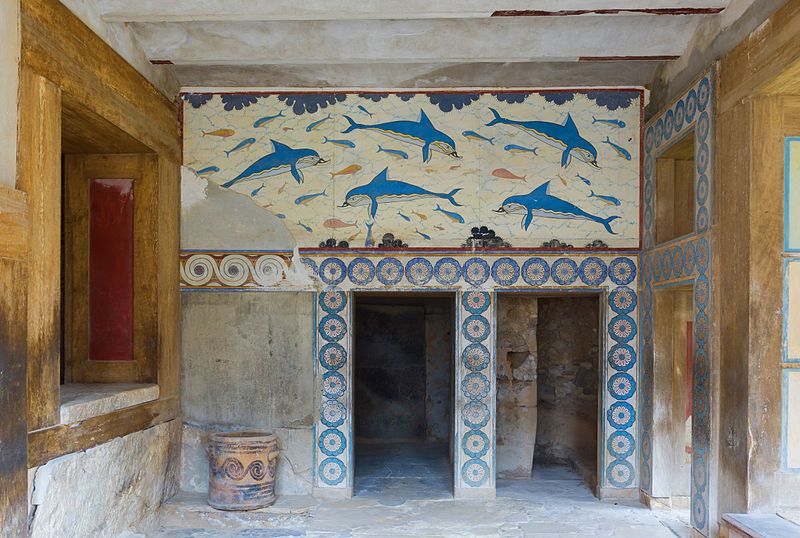 The first representations of dolphins most likely appeared in the Minoan civilization, in the famous Knossos palace frescoes, showing the importance that Minoans attributed to dolphins. Dolphins have been also depicted in Greek ancient pottery fragments, seals, coins and mosaics. According to Greek Mythology, the god of wine, festivity and pleasure, Dionysus had taken on the appearance of a young mortal upon sailing to the island of Naxos as he did not want to be recognized. Along the way, he overheard the crew conspiring to sell him as a slave, upon which he turned the oars into serpents leaving the sailors with no choice but to jump in the water. Poseidon, the god of the sea, took pity on them and transformed them into dolphins, welcoming them into his kingdom while giving them the mission to help seamen in danger. Dolphins were also considered to be messengers for god Apollo, while they have been an object of worship in some cults, and a good omen when appearing next to ships for a smooth voyage.

Species of Dolphins in Greek waters 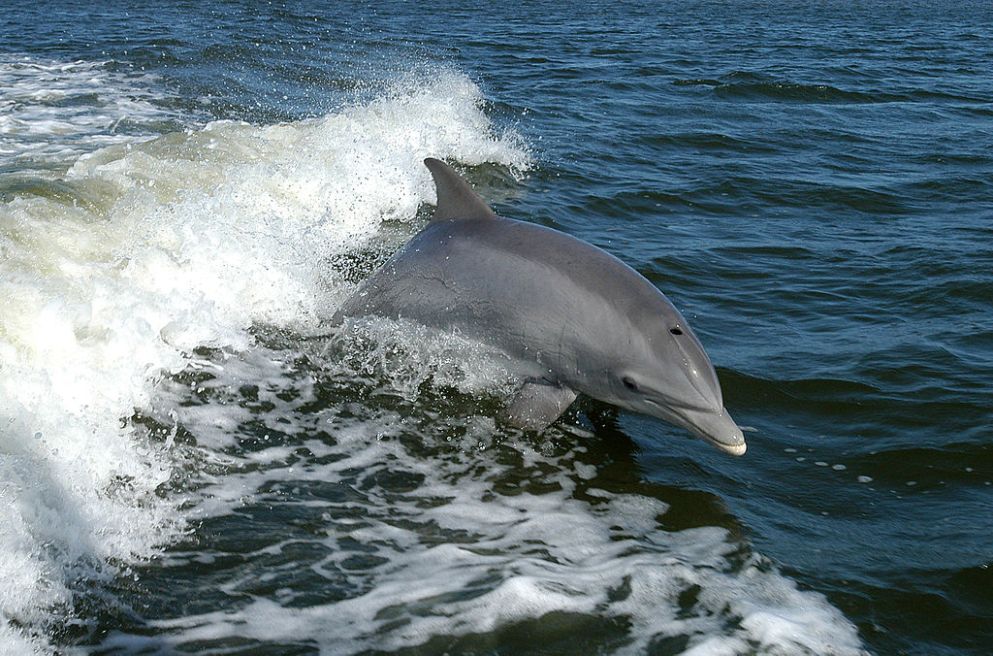 The Greek seas enjoy the privilege of hosting four species of dolphins: the striped dolphin (Stenella coeruleoalba), the bottlenose dolphin (Tursiops truncatus), the Risso’s dolphin (Grampus griseus) and the short-beaked common dolphin (Delphinus delphis). In the Corinthian Gulf, common dolphins, striped dolphins and Risso’s dolphins live together in mixed communities—a phenomenon that is not observed anywhere else in the world. All dolphins have an echolocation system which they use to orient themselves, to forage and to communicate. Their sociable, playful and romantic communication involves codes that are hard to imagine for a marine mammal.

We do not know the exact number of dolphins swimming in Greek waters, but we do know that their population has been reduced during the last 30–40 years. Under normal circumstances, they give birth to one calf every 2–3 years and gestation lasts 10–11 months. They can be found in areas up to 200 metres deep and near the coast in the northern Ionian Sea, the Corinthian and the Saronikos Gulfs, in the Dodecanese and Cyclades island complexes, and in the northern Euboean, the Pagasitikos and the Thermaikos Gulfs.

Protection of dolphins and sea mamals in Greece 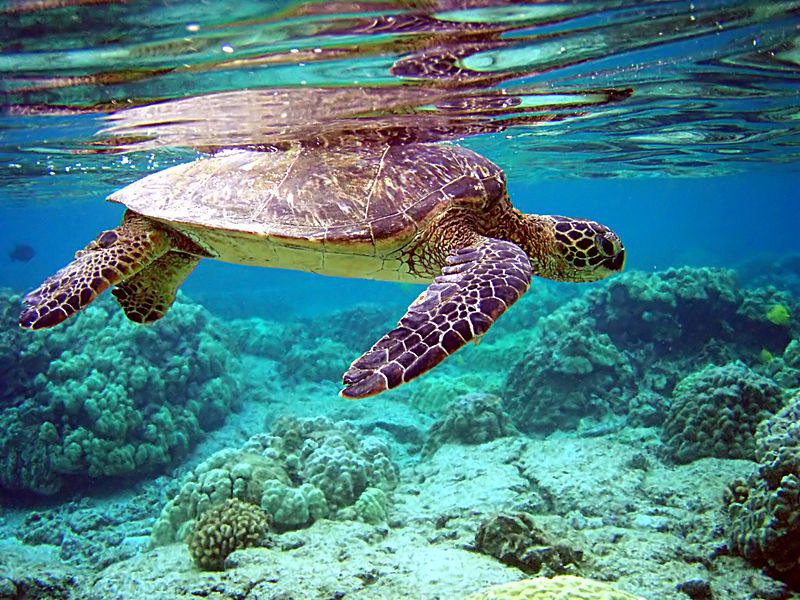 In the middle of the Aegean sea, on the small island of Alonissos we can find the National Marine Park of Alonissos and Northern Sporades (NMPANS), the largest marine protected area in Europe. It was founded in 2003, for the implementation of protection and research programmes, as well as public awareness and sensitization campaigns.

The increasing trend in the dolphin population living in the region of Northern Sporades is largely due to the protection program of MOm (The Hellenic Society for the Study and Protection of the Monk). This NGO has been actively involved in the region, aiming not only to protect the important seal population of the Mediterranean Sea, but to also preserve marine biodiversity in general.

In its long-term effort, it cooperates closely with all relevant authorities and local communities. MOm, active in this region on account of the Monk Seal population that breeds there, noticed that there were very few data concerning dolphin populations in the Aegean Sea. Hence, in the summer of 2013, they initiated the Northern Aegean Dolphin Project, a research project for evaluating the conservation status of Cetacean (i.e. dolphins and whales) populations in the wider area of the National Marine Park of Alonissos. After all these years, we can see an unprecedented increase of dolphin population in the region.

Another initiative for the protection of dolphins in Greece is the creation of the first permanent sanctuary for dolphins rescued from captivity on the island of Lipsi. It was founded by the Archipelagos Institute of Marine Conservation and it aims to offer refuge to stranded, injured and formerly captive dolphins, which is part of the initiative to end the exploitation of dolphins in zoos around the world. Noting that some 2,913 dolphins are held in captivity around the world, the Institute’s research director Dr Anastasia Miliou stressed the importance of having them released “because it is scientifically proven that they have a high degree of intelligence and they are suffering in captivity”, underlining that the Aegean Marine Life Sanctuary in Lipsi will serve as a model for other countries to create similar sanctuaries.

Dolphins and other marine mammals face many threats due to human negligence and interference. So, on one side, it is clear that humans are largely to blame for the current diminished state of the world’s marine mammals, but on the other, there is great potential to reform our abusive ways and make a positive change. 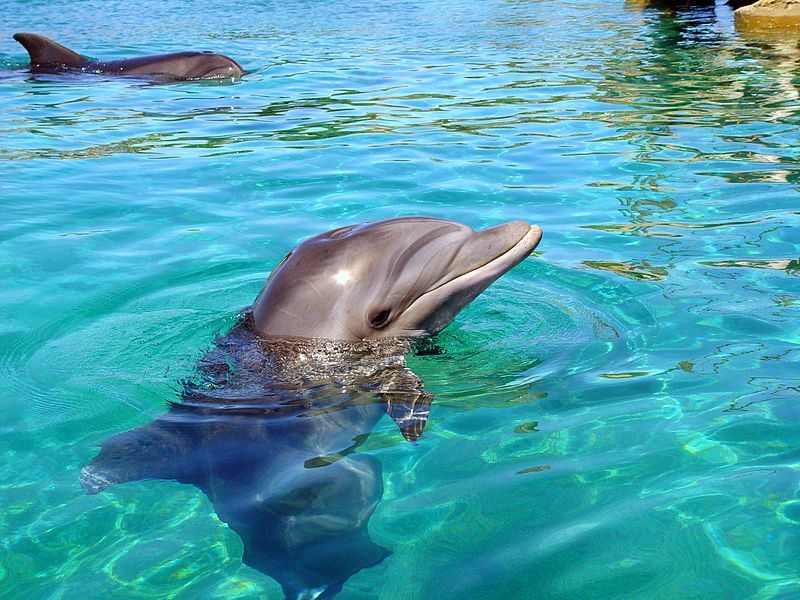 Some of the issues that marine mammals are facing include:

A. Acoustic Pollution: Whales and dolphins rely on acoustics to navigate their way through the ocean. These mammals rely on sound for communication, mating, foraging, and migration.The addition of loud noises from ships, sonar, drilling rigs, and other human sources can distort messages sent by marine mammals.

B. Ship Strikes: The Right Whale is only one of many marine mammal species that is at risk of being hit by high-speed ships. It is also estimated that over 90 manatees die prematurely due to ship strikes every year in Florida.

C. Open Net Fishing: It is estimated that trawling and gillnetting are responsible for the overfishing of 90 percent of the world’s large predatory fish. These methods are also the number one cause of death for the Maui’s dolphin.

D. Entertainment and Captivity: Dolphins and whales are amazing creatures to watch, but capturing them from the wild and forcing them to live in captivity for entertainment purposes has a serious impact on natural marine ecosystems.

On February 24, 2014, a proclamation declaring that all dolphins should have the right to freedom was passed by the Malibu City Council of California, and subsequently signed by Mayor Joan House. “Whales and dolphins are known to be highly intelligent and emotional creatures,” it declared, “and therefore deserve the right to their own freedom and lives.” Greece is one of the countries to take several initiatives in order to protect dolphins and other sea mammals.

Following a campaign by Animal Defenders International and the Greek Animal Welfare Fund the Greek government enacted a ban in February 2012 on not only dolphin captivity but also the use of all animals in circuses. Greek law now forbids using animals in “recreational games, car racing platforms, musical concerts, exhibitions, fairs or other artistic or entertaining festivities.” At the same time, many local and international NGO΄s are active in the cause of protecting dolphin populations, in line with the cultural heritage of the country as the first to protect dolphins by law over 2500 years ago.