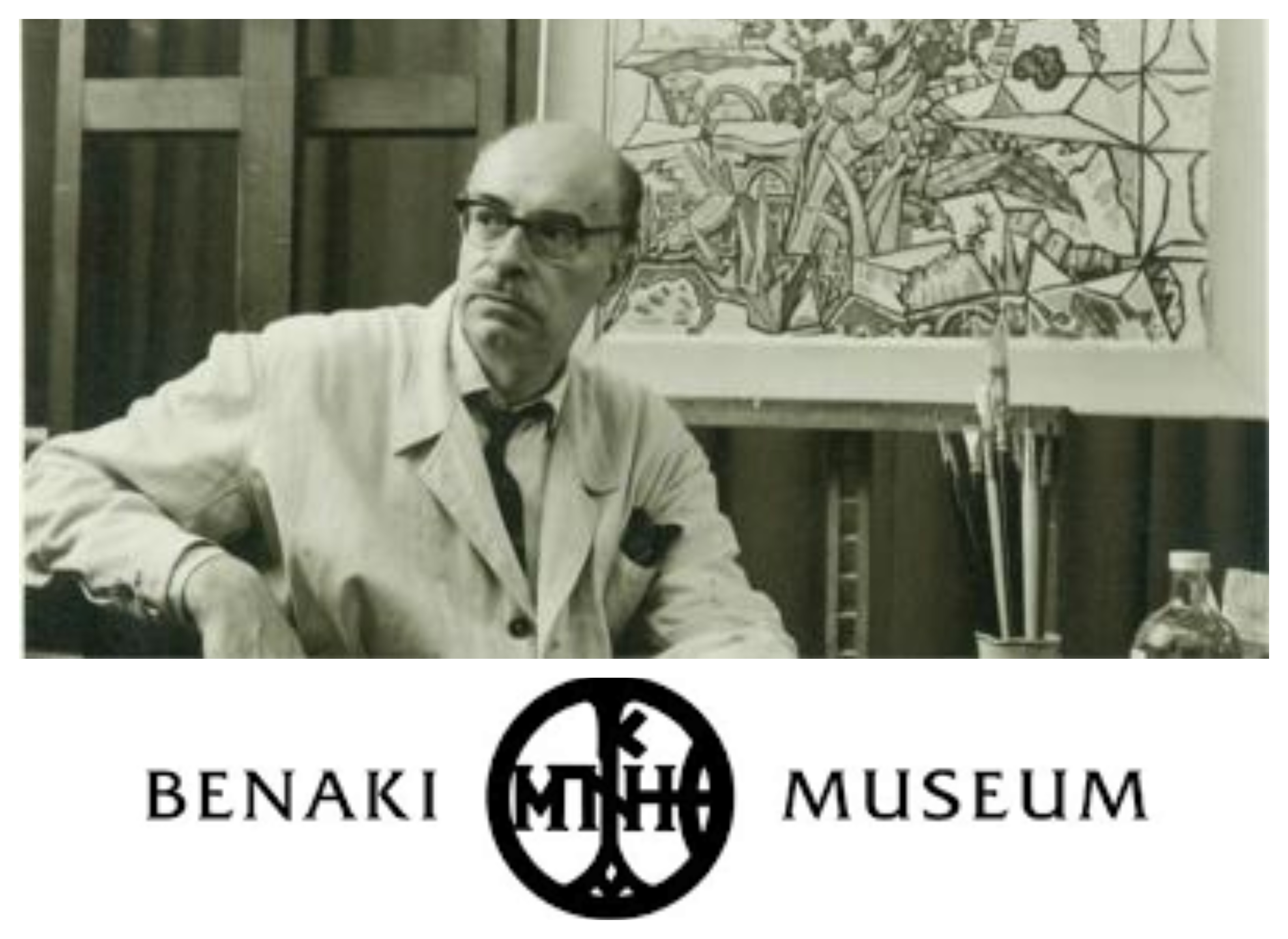 The Benaki Museum is one of the largest museums in Greece, taking visitors through different of Greek culture and history while focusing on specific-theme collections through its satellite museums, such as the Ghika Gallery. In compliance with government measures to combat Covid-19 and safeguard public health, the Gallery remains closed to the public until further notice. However, the Museum’s website offers a 360˚ virtual tour (with a six-language audio guide) inside the Gallery, offering the public the opportunity to take a digital journey to its collection, as well as to the world of the Greek artist Nikos Hadjikyriakos-Ghikas (1906–1994) who had donated the five-story building to the Museum.

The building was constructed for the Hadjikyriakos family in 1932 by the well-known architect Constantinos Katsikis, in an interwar architectural style. In the mid-1950s, a further story was added, designated to be used as the artist’s studio and library, where he lived and worked continuously for almost 40 years until his death in 1994. The residence came to be well known in architectural and artistic circles, and was depicted in Greek and foreign architectural reviews.

Apart from showcasing Hadjikyriakos-Ghikas work, the Gallery displays the works of more than 200 artists, including writers, poets, painters, sculptors, actors, directors, photographers, musicians, composers and architects; although the samples of each artist’s creations deserve undivided attention, it is the understanding of the overall background that makes this exhibition priceless.

More specifically, from the ground floor to the third floor, the galleries highlight the intellectual and artistic output of Greece during the Interwar Years, a particularly crucial era, from the end of WWI and the disastrous Asia Minor campaign until the eve of the 1967 dictatorship, which is also the time during which Hadjikyriakos-Ghika lived and formed his artistic conscience. Visitors can thus take part in an exciting journey through the world of ideas in Greece in the 20th century. The materials on display are an eloquent record of the concerns, the anxieties, and the achievements of creative Greeks, highlighting the relationships that existed between them, especially their ongoing debate with corresponding concerns in the rest of Europe. This was especially crucial, given that during this period in particular, the focal presence of the 30s Generation established a need for a constant flow of intellectual ideas between Greece and the rest of Europe.

The third floor contains paintings, drawings, sculptures, set designs, manuscripts, illustrated books, photographs and furniture from the family’s houses on the island of Hydra and on Kriezotou Street. The next two floors, which are preserved in their initial form, allow visitors to become familiar with the artist’s personal world: the impressive drawing room with its avant-garde architectural design, the living room, his father’s office with the family portraits and heirlooms, the dining room with the large-scale oil-painting Kifissia, and, naturally, the artist’s studio, an imposing space, where easels and painting supplies coexist with old furniture and artifacts from his trips.

Nikos Hadjikyriakos-Ghikas (1906–1994) was a figure of the renowned 30s Generation in Greece, developing cubist and constructivist formulations in his painting, which he used in combination with various types of Greek art to accomplish a purely personal amalgam of the European avant-garde and indigenous traditional elements. From early youth, he showed a serious inclination towards drawing and, while still at school, he took painting lessons from Constantinos Parthenis. In 1922 he went to Paris where he enrolled at Sorbonne University to study French and Greek literature, while at the same time he took painting and drawing lessons from Roger Bissière and Dimitris Galanis at Ranson Academy. His first one-man exhibition took place at the Galerie Percier in Paris in 1927, while his first exhibition in Athens, held at the Strategopoulos Gallery in 1928, was shared with sculptor Michael Tombros. In 1934, already a respected artist, he decided to leave Paris in order to settle in Athens. 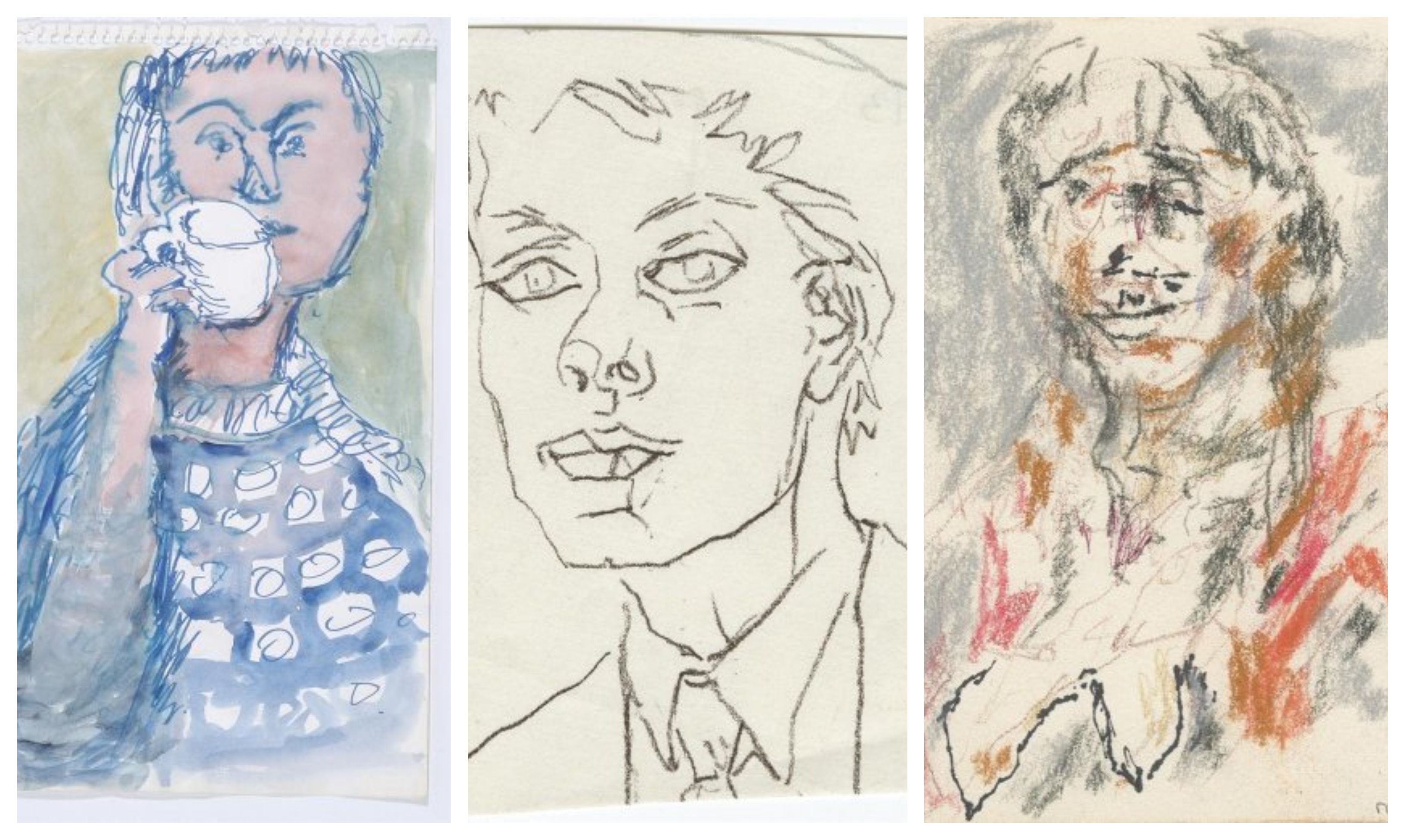 In 1937 he restored the ancestral home of the Ghika family in Hydra, where he painted the first works in which he expressed his artistic style decisively, combining the elements of Cubism with the nature, light and architecture of Greece. In 1946, the first retrospective exhibition of his work was held at the British Council in Athens, followed in 1950 by his participation in the Venice Biennial with 17 works. In 1973, another retrospective show was organized with 164 of his works at the National Gallery of Athens.

In the meantime, he continued with solo exhibitions in many cities around the world. In total, more than 50 exhibitions of Hadjikyriakos-Ghika’s works were held over the years in Athens, Paris, London, Geneva, Berlin and New York. Examples of his work are to be found in many private collections in Greece, Western Europe and the USA, as well as in the Musée d’Art Moderne in Paris, the Tate Gallery in London, the Metropolitan Museum of Art in New York, the National Gallery in Athens, and many other museums. 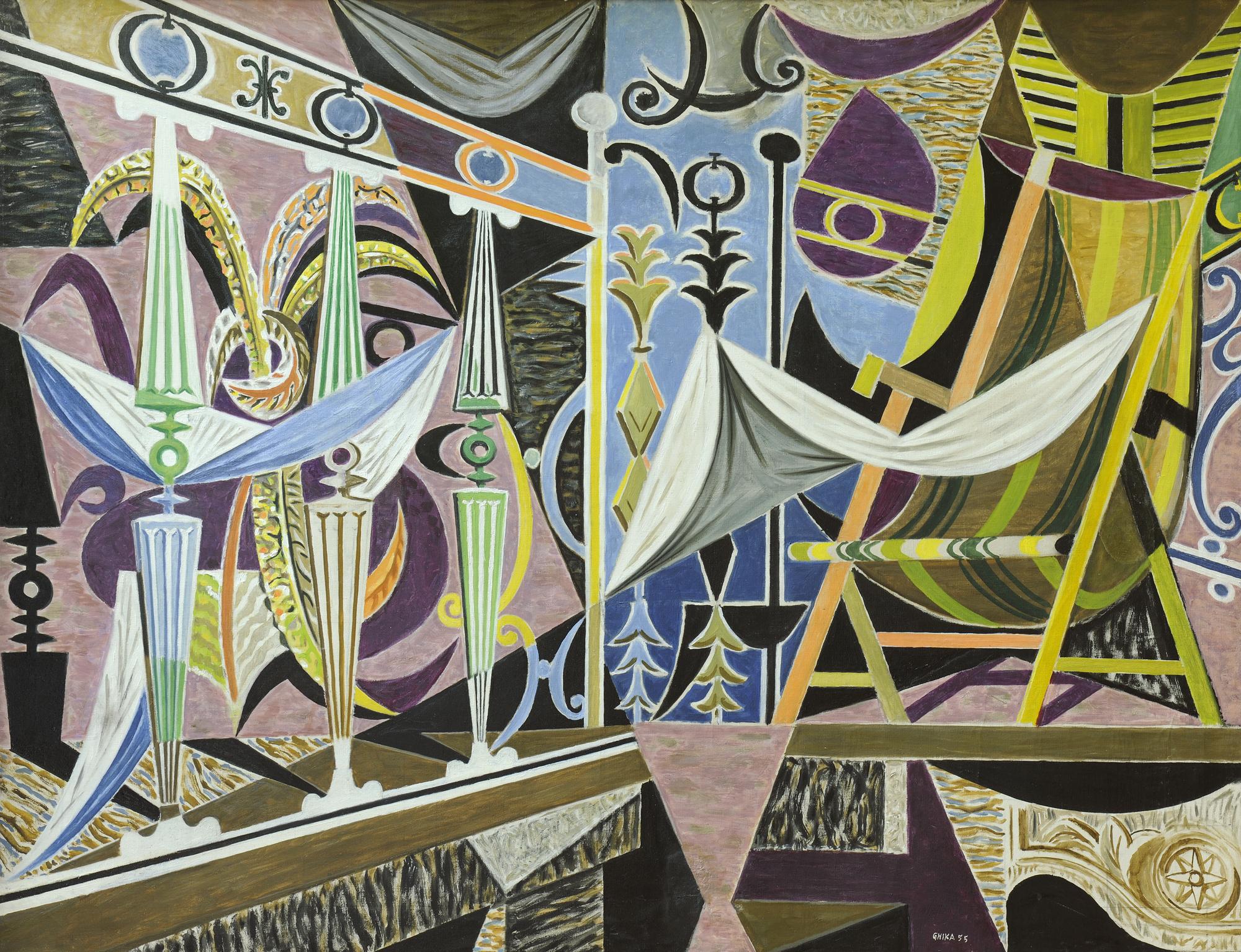 Photo (source © National Gallery Athens):
Nikos Hadjikyriakos-Ghikas, Athenian Balcony, 1955 Oil on canvas, 115 x 146 cm
As someone with a variety of intellectual and artistic interests, Ghikas was also involved with engraving, book illustration, sculpture as well as designing stage sets and costumes for theatrical works. Last but not least, he was appointed Professor of Drawing at the National Technical University of Athens School of Architecture in 1941, and continued to teach there until 1958. In 1972 he was elected a regular member of the Academy of Athens and in 1986 an honourary member of the Royal Academy of Arts in London.
For more info: visit Benaki Museum's official website