In order to prevent the spread of Covid-19, the Greek government has, among other measures, temporarily closed down all museums and archaeological sites; in compliance with the Greek government policy, the Acropolis Museum is closed until further notice; yet, thanks to the use of new technologies, one can take a virtual tour inside the Museum’s galleries and discover its digital applications. 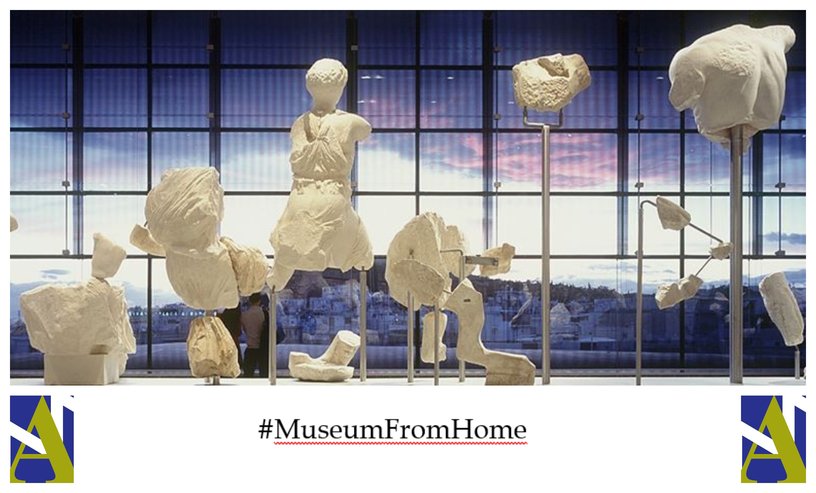 More specifically, the virtual visit to the Acropolis Museum is provided by “Google Arts & Culture”, an application through which the public can view high-resolution images and videos of artworks and cultural artifacts from leading cultural organizations throughout the world. One can thus navigate through two of the Museum’s most famous galleries:

a) the Archaic Acropolis Gallery, filled with sculptures and smaller artifacts dating from the 7th century B.C. to about 480 B.C., a period characterized by the development of the city-state, the transition from aristocracy to tyranny and, eventually, democracy, as well as great achievements in the economy, art and, intellectual life;

At the same time, below the “Street View” window, some artifacts have been singled out on the screen; clicking on one of them directs visitors to further information and details about the selected artifact.

The Acropolis Museum also offers a series of digital applications, such as:

a) “Color the Peplos Kore” which gives visitors the opportunity to use a brush and colors of their choice, so as to paint the statue of Peplos Kore and finally print and save their work as many times as they wish and in several variations,

b) “Athena, Goddess of the Acropolis” which was originally launched together with the family backpack “In Search of the Goddess Athena”,

c) “The Parthenon Frieze”, a virtual representation that is addressed to archaeologists, the general public, as well as children through its online games.

d) Moreover, noteworthy are the Museum’s learning resources, including the “Sparkling stories about fire” and the “Stories about light” educational booklets which are available to read online, as well as

e) a video titled “Adventures of Parthenon marbles in modern times” which is available to watch online on the Acropolis Museum’s official Youtube channel.

The new Acropolis Museum opened its doors to the public in 2009. Designed by Bernard Tschumi and Michael Fotiadis and located just below the hill of the Acropolis of Athens, the museum is facing the Parthenon and if one could take a look at both of them, from above, one would immediately realize that they are as aesthetically interconnected as they can be. In fact, the new Acropolis Museum is considered by many to be one of the world’s best of its kind; ever since it opened in June 2009, it’s been seen as a strong argument in support of Greece’s longstanding campaign for the repatriation of the Parthenon Marbles housed at the British Museum. The missing pieces would be presented along with the museum’s other 3,000 artifacts from the ancient sanctuary, displayed over 14,000 square meters of brightly-lit and modern exhibition space. 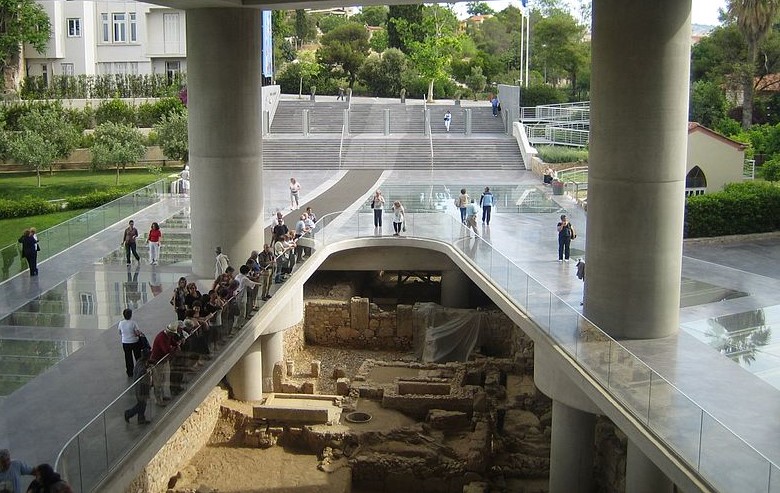 In 2019, the Acropolis Museum celebrated 10 years of operation; it is estimated that over 14,5 million visitors had passed through its doors throughout this period. However, the museum keeps developing as it recently opened a new permanent exhibit: the archaeological excavation of the ancient Athenian neighborhood located beneath the building; nesting on the gentle south slope of the rock, it houses life and human activities from the 4th millennium B.C. until the 12th century A.D. Streets, residences, baths, workshops, and tombs compose the complex image of archaeological remains; amongst them, those of late antiquity are the best preserved. As a whole, the ancient Athenian neighborhood is incorporated in a unique way into the Acropolis Museum architecture as yet another exhibit that converses with the masterpieces of the ancient Greek civilization presented in its galleries.

Read also (via Greek News Agenda): The Parthenon Marbles: Sharing and Reuniting a Heritage of Humanity