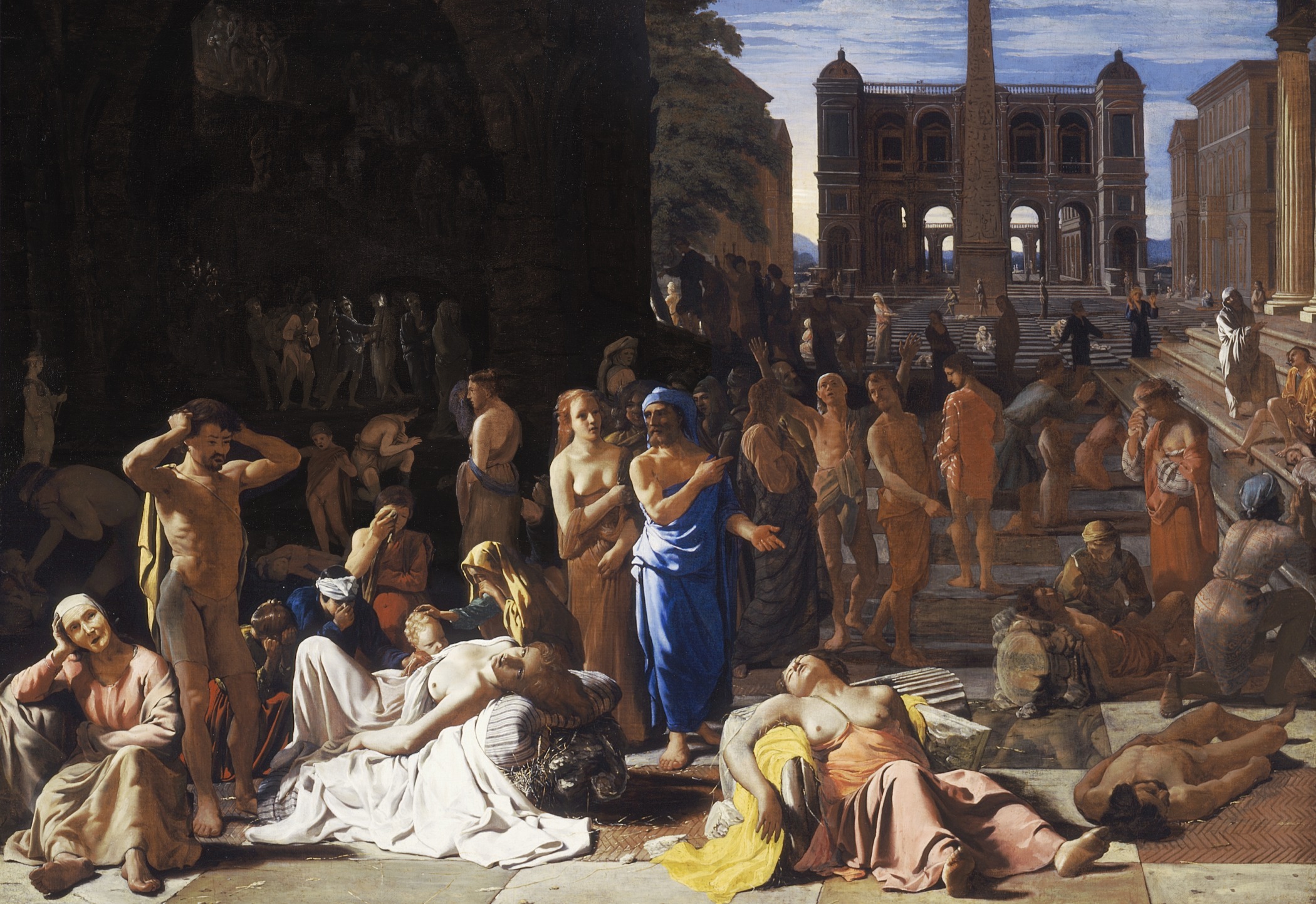 The Plague of Athens (430-426 BCE) stands as a milestone in the development of world historiography; far from being the first case of a widespread or documented epidemic, its particular significance rather stems from the imposing description made by Athenian historian, politician and military general Thucydides (ca 465 BCE-400/395 BCE) in the context of his History of the Peloponnesian War between Athens and Sparta (431-404 BCE). Indeed, it is the detailed account of the epidemic outbreak, its physical manifestation onto the bodies of Athenian citizens and its social impact onto the city as a whole that rendered the Plague of Athens a major point of reference for historiographical accounts, but also for disciplines such as medical history or epidemiology in the following centuries. From a rhetorical and analytical standpoint, Thucydides used the Plague of Athens in order to reflect on war and social disintegration - the so-called anomia; the plague is credited with the defeat of Athens in the Peloponnesian War and its geopolitical decline in the following period. Thus, it is not surprising that the semantic registry of the plague would later hold such a particular place in the creative imagination of so many thinkers and writers, most notably in the case of Albert Camus and his work, The Plague.

The plague from the perspective of medical history

The account of Thucydides stands out for its minutious account of the clinical symptomatology of the epidemic that hit Athenians, who at the time were besieged by the Spartans. Thucydides, who would himself fall ill at some point, recounts the main symptoms of the highly-mortal disease, such as high fever, pustular rash, and diarrhea (Littman 2009). According to him, the disease had come from Ethiopia and had progressed through Egypt and Libya; it had first made its appearance in the port of Piraeus and very quickly reached Athens. Contrary to Attica, Sparta and the whole Peloponnese —both sparsely populated— were not struck by the plague. The disease was highly contagious in Athens and raged among medical professionals and those who took care of patients. The impact of the disease was particularly devastating; between 75.000 and 100.000 inhabitants perished (over a population of approximately 300.000 to 400.000, given the influx of rural refugees due to the Spartan siege); Thucydides documents various epidemic outbreaks having occurred as late as 426 BCE (Littman 2009).

Thucydides’ account is a clear testament to the author’s Hippocratic influences. The empirical observation of the progress of the disease, as recounted by Thucydides, was attributed by many researchers —either classicists, philologists, or medical doctors— to the Hippocratic School and the influence of Hippocrates’ work, from a methodological and terminological standpoint (Morgan 1994). It would even be tempting to assume that the two men might have possibly met earlier in Northern Greece (Gervais 1972) or take note of the legend according to which Hippocrates himself briefly tried to heal the epidemic on site, in Athens (Littman 2009). At the same time, on a more general note, the Hippocratic influence could be sought in the overall methodological and narrative choices of Thucydides, which echoed the empiricism of the Hippocratic School; after all, the century of Pericles was also the century of Hippocrates, as pointed out by Alice Gervais (1972). However, Thucydides did not limit himself to a simple reproduction of the Hippocratic precepts on epidemics; rather, he exceeded the theoretical limitations of Hippocratic thought by introducing a radically empirical and thus secular rationality (Jouanna 2001). His lack of purely medical education and his distances in regards to the dominant medical dogmas of the time (which attributed epidemics either to environmental factors or metaphysical causes), allowed him to seize the notion of contagion, which until then had eluded the adherents of Hippocratic medicine and Hippocrates himself as well (Jouanna 2001, Poole and Holladay 1979), a significant discovery that unfortunately was not picked up by specialists in the following centuries (Poole and Holladay 1979); Thucydides also explicitly established the acquisition of immunity by those who had survived the disease (Poole and Holladay 1979). As noted by David Morens, Gregory Folkers, and Anthony Fauci, Thucydides’ account is the first complete clinical-epidemiological description of an infectious disease; the latter took care to distinguish between signs, symptoms, complications, and varied clinical trajectories, while at the same time taking into account the collapse of health services, overcrowded populations in confined spaces, and war. His account would serve as a work of reference for medical students in the west and the middle-east and would deeply influence medical practice regarding infectious diseases until the 19th century (Morens, Folkers and Fauci 2008). 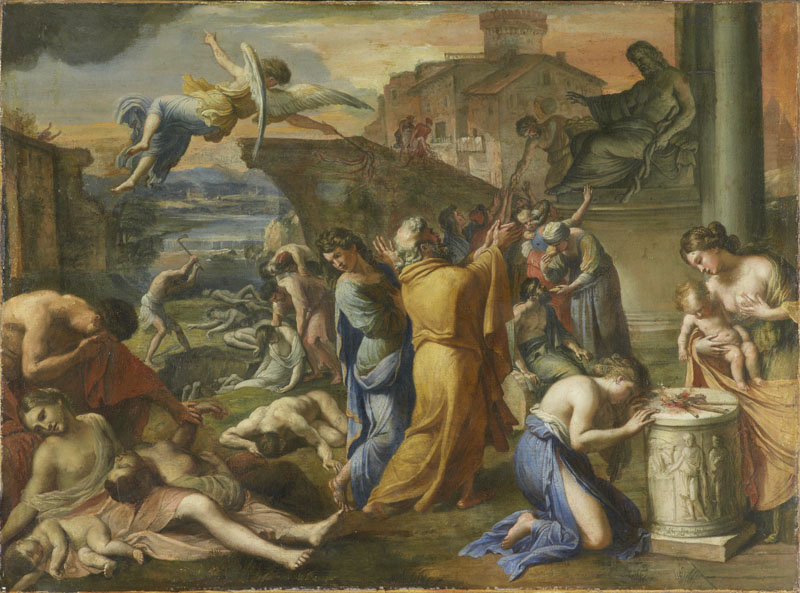 Thucydides refrained from inquiring into the medical cause of the epidemic; the purpose of his account was rather of another order. Nonetheless, the clarity of his observations spurred the interest of modern medical specialists, a great number of whom produced publications and studies on the matter, initially in terms of intellectual exercise but more recently as an object of epidemiological and paleopathological comparative research. Even though J. C. F. Poole and A. J. Holladay noted the heuristic limits of approaches that attempt to classify past epidemics under modern-day categories, given the evolution of microbes and viruses, we can nonetheless enumerate the various hypotheses that have been occasionally suggested in order to explain the outbreak and the specific medical nature of the so-called «plague» —meaning, epidemic— of Athens, based on Thucydides’ descriptions, as well as additional historical knowledge on that era: smallpox, bubonic plague, scarlet fever, measles, typhus fever, typhoid fever, or even ergotism  (Poole and Holladay 1979). J. C. F. Poole and A. J. Holladay consider more probable that the disease has either vanished nowadays or at least transformed to such an extent that it is unrecognizable (Poole and Holladay 1979). Similarly, Robert Littman summarized more recently the different hypotheses that dominated the medical literature of the 20th century; in the very end, three rather valid different hypotheses are retained: smallpox, typhus, or a typhus-like disease (Littman 2009). One should note that, next to these hypotheses built on the observations of Thucydides and complementary historical information, a new innovative methodological perspective came to be added in the 2000s: the analysis of microbial DNA (Littman 2009). Indeed, the discovery in 1994-5 in Kerameikos of an ancient communal grave that dated back to the epidemic, allowed a team of Greek researchers, under the supervision of Professor Manolis Papagrigorakis to apply a few years later DNA microbial analysis on the remains (precisely, the dental pulp) of three persons, who had apparently been buried hastily, in conditions that very much resembled those of the plague; the analysis allowed to conclude that the three persons were vectors of typhoid fever, which in fact could be the cause of the epidemic (Papagrigorakis et al 2006). It should be noted however that this disease could have been endemic and widespread in Athens well before and regardless of the epidemic, while the sample of three skeletons is limited; to this was added a further technical debate within the epidemiological and paleopathological community, which nonetheless considers in its whole the above-mentioned research of a decisive methodological importance (Littman 2009, Anastasiou and Mitchell 2013, Bos et al 2019). Today still, the medical cause of the Plague of Athens is a matter of academic debate.

Beyond medical hypotheses: the narrative of the epidemic as social analysis

Thucydides’ description of the Plague of Athens stands first and foremost as a narrative masterpiece, that aimed to fulfill dramatic purposes (Morgan 1994, Horstmanshoff 1993) and function as an actual political argumentation beyond a mere empirical observation of an epidemic; Thomas Morgan suggests that Thucydides’ aim was to show by way of his crude descriptions the harmful consequences of war, especially through contrasting the description of the plague with Pericles' celebratory discourse which had preceded the disease by a few months and had outlined an idealised city, at the peak of its power, fully able to take care of its dead and its moral laws (contrary to what would ensue); apparently, the dramatic effect of the description of the Plague cannot be dissociated from Pericles’ oration, himself a victim of the plague in 429 BCE (Morgan 1994). Moreover, Herman Horstmanshoff notes that Thucydides wanted to establish a link between the plague and the moral disintegration that ensued by sketching the dramatic and incoherent reactions of Athenian masses. The depiction of disaster and the identification of the epidemic with a total social disorder will appear as a recurring theme in many descriptions of future epidemics; at the same time, it might well reflect the elite social position of Thucydides and his own narrative bias against the Athenian populace and its supposedly inherent weaknesses (1993). In any case, Thucydides was the one to use the term of anomia in order to describe what he foresaw as social disintegration within Athenian society, preceding Emile Durkheim’s concept of anomie by 24 centuries. Donald Nielsen applied retrospectively the durkheimian sociological problematic onto Thucydides’ work and underlined the fact Thucydides possibly used both Pericles’ oration and the horrifying description of the plague in order to show that Athens was in fact already a city in latent crisis and in excess of power and individualism, which was what exactly prevented her from successfully dealing with the epidemic (Nielsen 1996). 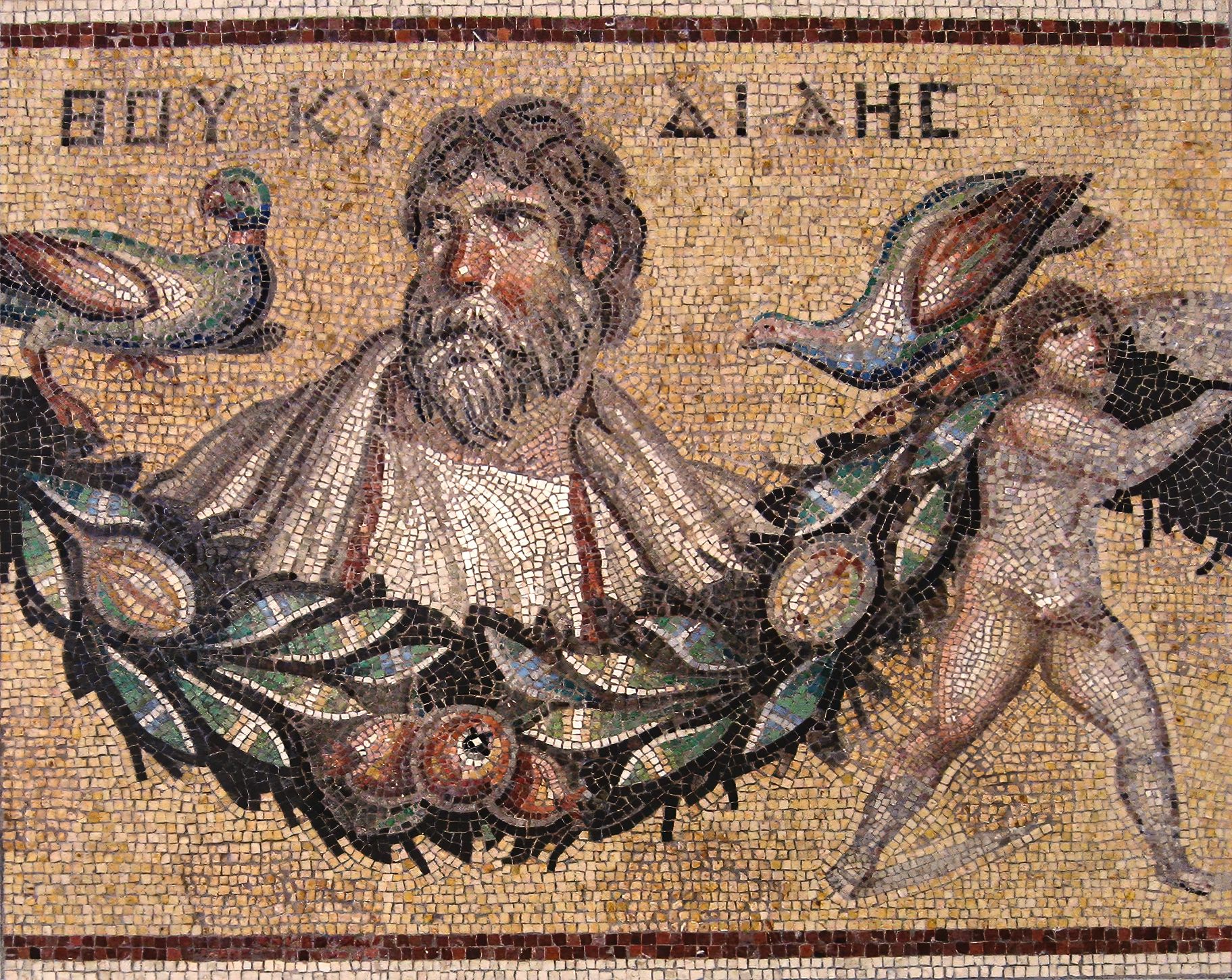 There is no doubt that the epidemic itself had an unprecedented impact onto Athenians and cultural production of the time; that is the case in tragedies such as Oedipus Rex, Hippolytus, or even The Trachiniae, where diseases are a recurring and highly charged theme, as noted by Robin Mitchell-Boyask; moreover, it is suggested that theater gradually acquired a civic therapeutic role within a deeply scarred Athenian society, as attested in plays such as Herakles or Philoctetes (2009).

However, Thucydides’ account left its mark through time; most notably, the theme of the plague will be picked up by poets Lucretius, Virgil and Ovid, and later, historians Lucian and Procopius (Morgan 1994). Furthermore, the crude and detached narrative style of Thucydides seems to have set the norm for any description of epidemics through time, as noted by Herman Horstmanshoff in the case of byzantine emperor and historiographer Kantakouzenos, who provided an account of the 1347/8 plague in Byzance; even though the latter lost his son to the epidemic and fell ill himself, he retained a phlegmatic narrative style (1993). Moreover, Alice Gervais has stressed that Thucydides created an archetype —that is the epidemic as a test of the humanity and cohesion of a given society (1972). These two elements —a particular narrative technique and social questioning— are evidently ubiquitous in Albert Camus’ masterpiece, The Plague, a political allegory in the aftermath of WWII. The image of a society that falls prey to the plague, as recounted by a detached narrator, can be directly attributed to the classical influences of Albert Camus, who, when embarking on the preparation of his novel, was already in knowledge of the Plague of Athens and Thucydides through the writings of Lucretius, while later on he had the chance to read Thucydides’ work. As noted by Paul Demont, Albert Camus was actually considering of including in The Plague a professor of Greek and Latin, Philippe Stephan, a character who would thus emphasize the literary and historical antecedents of the Camusian epidemic. The eventual disappearance of Philippe Stephan and of all related classical references from the final version of The Plague might point to an attempt by Albert Camus to break away with the fatalism of classical narratives, in favour of a more determined vision of active and conscious struggle against modern plagues (Demont 1996, 2009).