After three months of Covid-19 lockdown, museums in Greece are scheduled to reopen to the public on June 15, 2020. One of the shows worth (re)visiting is the temporary exhibition of the National Archaeological Museum (NAM) in Athens titled “For these we fought for… Antiquities and the Greek War of Independence” that was inaugurated in February 2020, as part of the Museum’s celebrations of the 200th anniversary of the Greek War of Independence.

Cultural heritage and antiquity were indeed particularly important in the formation of the Greek State and the forging of national identity. As the Minister of Culture, Lina Mendoni has put it, in conjunction with the show’s presentation:

"The Revolution did not just happen suddenly: It resulted from a series of developments related to the awakening of national consciousness, which was already detectable in the Late Byzantine era. From the 18th century on, this development matured and the Revolution came as a result of intellectual, ideological and political movements of the era, (...) adopting, in reality, the basic values and principles of ancient Greece, culminating in Arete and Liberty, as they are experienced after the Greek victory in the Persian Wars."

In this context, the exhibition aims to elucidate the various aspects of the multidimensional relationship of the Greek people with antiquities, inspired by a phrase attributed to a legendary figure of the Greek Revolution, General Yiannis Makrygiannis, who advised Greek fighters not to sell or give away any of Greece’s antiquities, since the struggle for freedom was embedded not only in the demand of the Greek people for independence but also in their historical rights over the unrivaled works of their ancient ancestors. 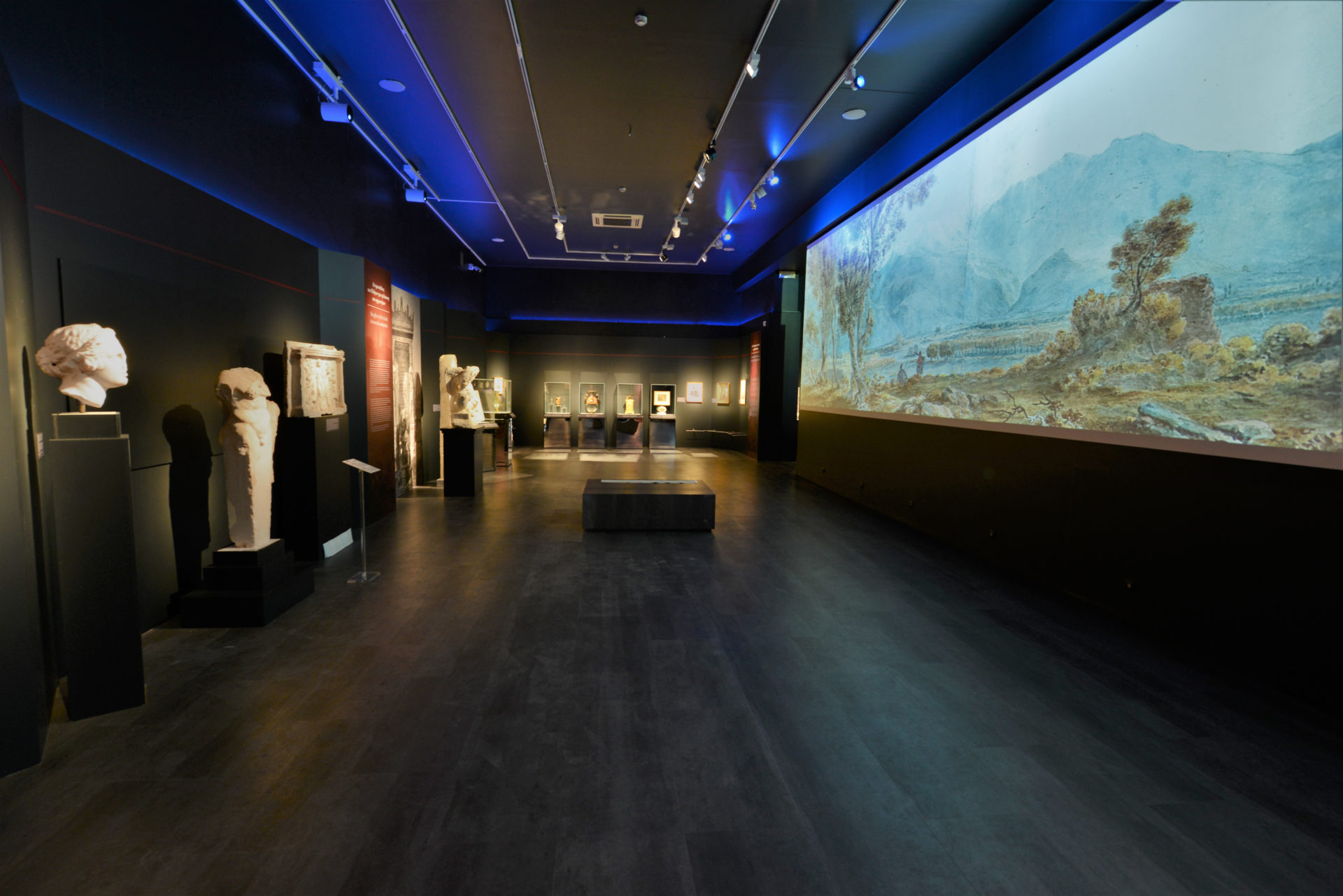 More specifically, the show consists of five sections - themes: i) revolutionary movements and ideological preparation preceding the Greek Revolution, ii) cases of antiquity plundering/looting iii) the philhellenic movement, iv) preparations from the revolutionary period to set up institutions that would safeguard and protect ancient monuments and v) the Greek people’s victory.

In total, the exhibition presents 26 antiquities from NAM’s earliest collections juxtaposed –thus creating an eclectic dialogue – with 26 works (on loan from other organizations) of the 18th and 19th centuries, mainly by European artists depicting Greek landscapes of the time linking Greece to Europe. It is worth noting that the show reaches its completion with the winged goddess Nike –the personification of victory– as an emblematic symbol of the Greek people’s successful struggle. The special focus placed on the divine figure of Nike is no coincidence as it is the connecting link with the Museum’s upcoming exhibition that shall be inaugurated on September 29 to mark the 2,500 years since the Battle of Thermopylae and Salamis. As the Museum’s director, Maria Lagogianni, explains:

“The concept of Nike [Victory] will function as the connecting link between the different narratives of the exhibitions. The winged goddess of the Greeks will bridge the anniversary exhibitions, offering timeless symbols of those things that move and inspire people.” 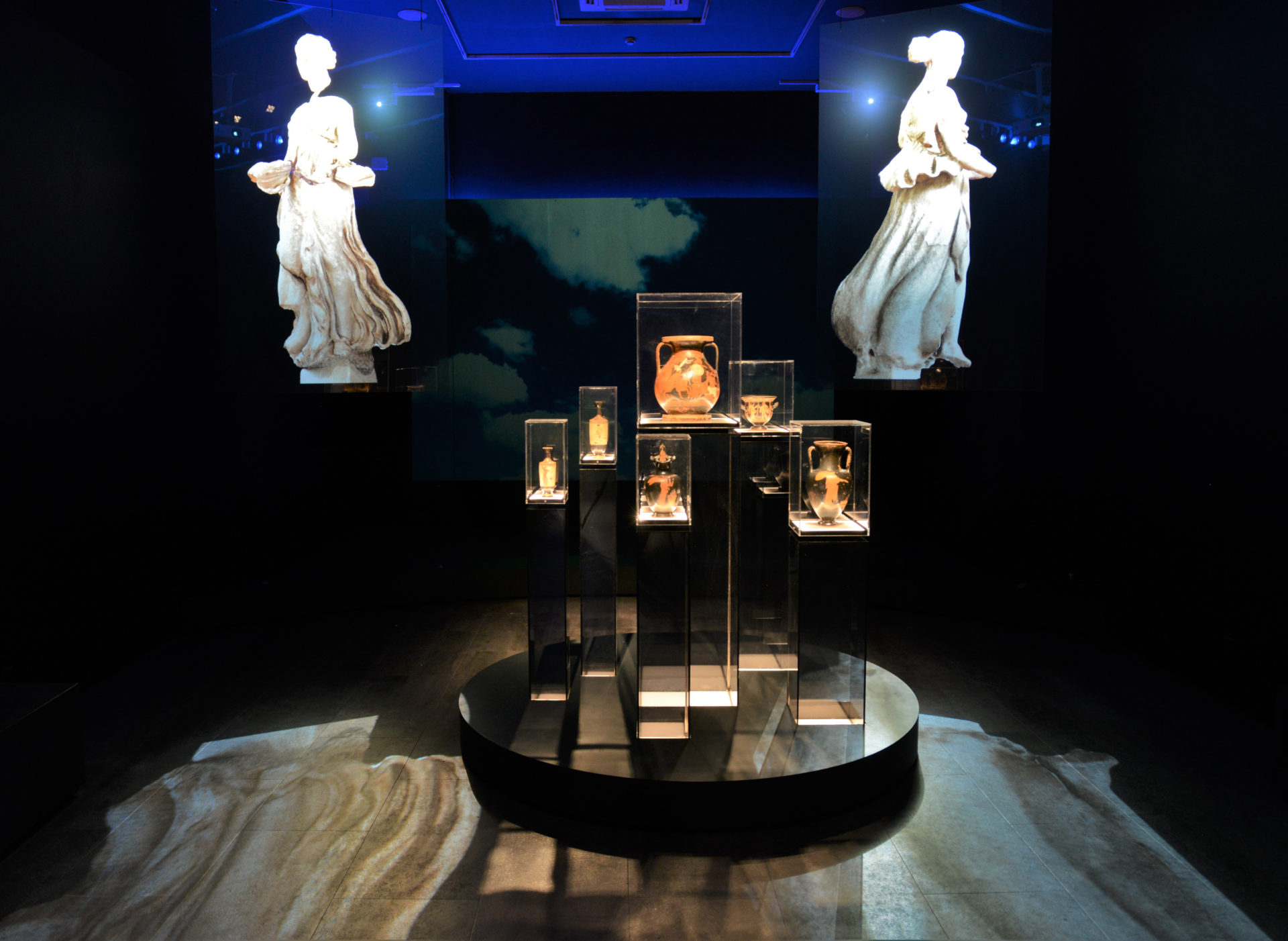 The exhibition “For these we fought for… Antiquities and the Greek War of Independence” has been scheduled to run until July 5, 2020; after it closes, it shall be presented throughout 2021 as a digital exhibition on the Museum’s website.

The NAM was founded in 1829. It was the first museum founded by the Greek state after the revolutionary struggle and the liberation of Greece from the Ottoman yoke. Its original headquarters were in Aegina, the first capital of Greece. With the transfer of the capital to Athens in 1834, the seat of the Museum was also transferred. It is currently the largest archaeological museum in Greece and one of the most important museums in the world devoted to ancient Greek art.

To learn more about the Museum’s history and exhibitions, visit: NAM’s official website

See also on Greek News Agenda: The works of the "Greece 2021" Committee are launched ; Celebrating the 200th anniversary of Greek Revolution with Playmobil figurines