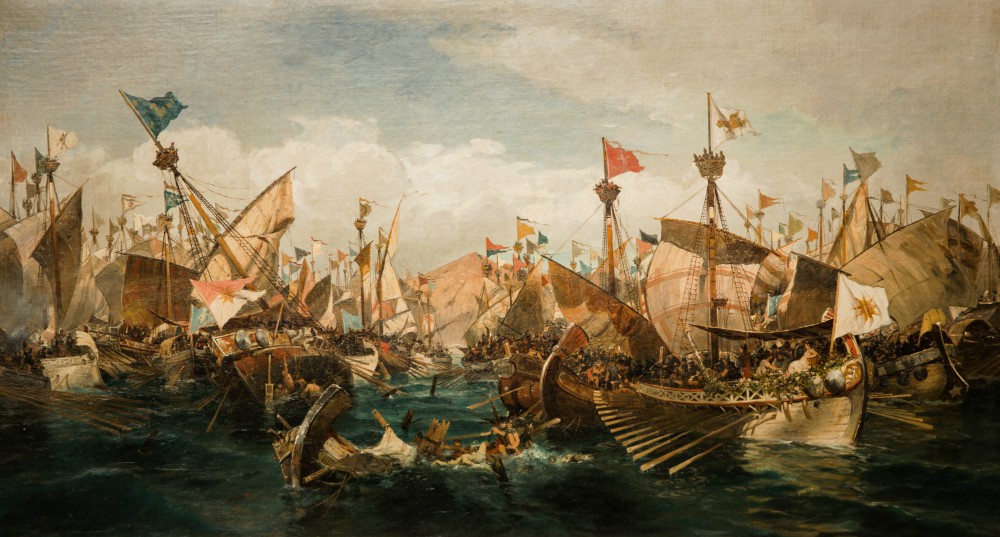 This year marks the 2.500-year anniversary of the Battles of Thermopylae and Salamis, two events of seminal importance not only for Ancient Greek history, but arguably also for the course of Western Civilisation as we know it. The "Thermopylae - Salamis 2020" Anniversary Year provides an opportunity to commemorate and revisit these historical milestones, reflect on their significance and reevaluate their messages.

The framework for the events organized for the anniversary is created by the Marianna V. Vardinoyannis Foundation, in collaboration with the Ministry of Culture and the Ministry of Interior, under the Patronage of H.E. the President of the Hellenic Republic Katerina Sakellaropoulou. An Honourary Committee was formed in January 2020; it is comprised by Greek and international scholars, politicians and other notable figures, and its President is Marianna V. Vardinoyannis, Goodwill Ambassador of UNESCO since 1999, whose Foundation is an NGO in Consultative status with the ECOSOC of the United Nations.

According to M.V. Vardinogiannis, the committee’s goal is to make young people around the world aware of these battles and their importance, and honour this anniversary through targeted actions in the fields of education, science and sports, and by "creating bridges to the Greek Diaspora". These actions include hosting children’s competitions for painting and creative writing, as well as international conferences and scientific workshops that will highlight the historic importance of the battles.

Artists and athletes, distinguished scientists, some of the country’s major organisations, as well as representatives of the Greek Diaspora and the Hellenic Navy, will also be participating in the Anniversary cycle through major events. Additionally, in light of the latest events and their global repercussions, the Committee has also shifted its focus onto people and the fight against the pandemic, through targeted actions aiming to support vulnerable groups, offering relief supplies to people in need. Some of the events planned have had to be postponed, while others took place on online platforms.

The two battles took place within a few weeks of one another, in early autumn of 480 BC, and formed part of the Greek response to the Second Persian Invasion. The First Invasion had began 12 years earlier, on 492 BC, and brought to a halt at the equally famous Battle of Marathon (490 BC), where the Athenian army under general Miltiades had defeated an army of more than double its size, sent by King Darius. In 480 BC, King Xerxes, Darius’ son, headed a much greater army -along with an equally large fleet- into Greece, marching through Thrace and Macedon to Thessaly.

The Athenians were aware of Xerxes’ plans for a second invasion, and had been building a large fleet of triremes; in 481 BC, representatives of several Greek city-states convened in Corinth and formed an alliance, where Sparta and Athens had a leading role. The initial plan was for an army formed by the allies to halt Xerxes’ advance at the Tempe Pass in northern Thessaly; yet the forces retreated after being warned by Alexander I of Macedon that Tempe could be bypassed by at least two other passes. With Thessaly now submitted to the Persians, Xerxes would have to travel through the very narrow pass of Thermopylae to get to Boeotia, Attica and the Peloponnesus. 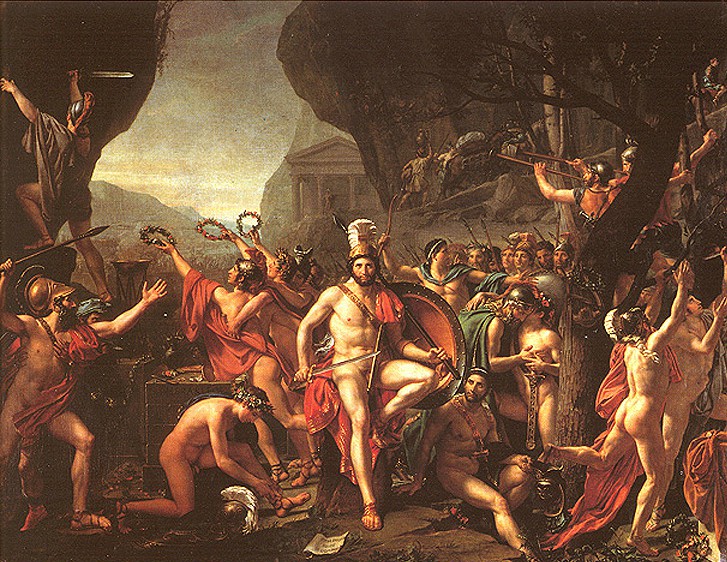 The Greek allies decided that they should block the passage of Thermopylae, which would be easier to defend against the massive Persian army. At the same time, the allied navy would try to hold off the Persian fleet at the nearby Straits of Artemisium. A force of about six to seven thousand men was dispatched to Thermopylae, including around 1.000 Lacedaemonians, led by king Leonidas I, that marched up from the south of Peloponnese, along with other Peloponnesian allies (such as Corinthians, Mantineans and Tegeans), and also others who were added on the way (such as Thebans, Phocians and Thespians). The Achaemenid army numbered 120,000–300,000 men (according to modern scholarly estimates) comprising of not just Persians but multiple ethnicities (Parthians, Scythians, Babylonians, Assyrians, Lydians etc).

According to Plutarch, when the Persian troops approached Thermopylae, their king sent an emissary promising Leonidas the freedom of his people in exchange for their submission. When his offer was rejected, Xerxes sent a second message, demanding that the soldiers hand over their arms, to which Leonidas famously replied "Come and take them" (Molon labe). In the ensuing battle, the Greek forces, led by 300 men of Leonidas’ royal bodyguard, managed to hold their ground for two full days, making the best of the battlefield’s topography, which prevented the Persians from engaging a large part of their army in each attack.

On the evening of the second day, however, Xerxes was informed by a local named Ephialtes about a mountain path leading behind the Greek lines, and sent forces -including his elite troops, the Immortals- to encircle the Greeks. When Leonidas was notified about Xerxes’ maneuver by Phocians guarding the path, he told the bulk of his allies they were free to retreat, while he would stay along with his 300 Spartan hoplites; 700 Thespians and few hundred others chose to stay with him. On the third day, the remaining Greek soldiers charged against the Achaemenid army, and managed to hold them off long enough for the rest of the troops to retreat. Almost all of them died fighting, including Leonidas and all of the Spartans, while the battle also claimed the lives of two of Xerxes' brothers.

The simultaneous naval Battle of Artemisium escalated in a similar manner, resulting in severe losses for the Greeks -although the Persian fleet was also greatly damaged- hence, when news of the defeat at Thermopylae reached the allies, they decided to retreat from Artemisium to the island of Salamis. 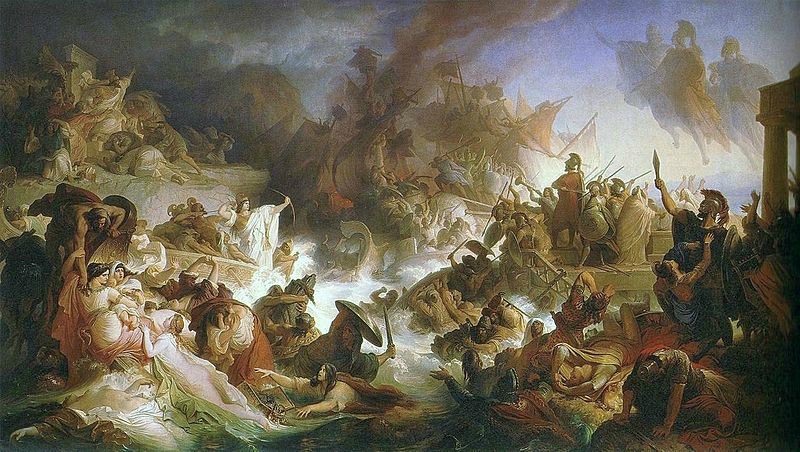 After overtaking Thermopylae, Xerxes was free to conquer Boeotia and Attica; he burned and sacked the cities of Plataea and Thespiae, and marched on to Athens, whose population had been almost entirely evacuated. The city was torched and the Acropolis razed. The Peloponnesian made preparations to defend the Isthmus of Corinth, building a wall and destroying the road that led there. In a council called by the Greek allies, the Corinthians advocated that the fleet assemble off Isthmus to prevent the Persian fleet from transporting troops across the Saronic Gulf.

However, the Athenian general Themistocles persuaded the allies to remain in Salamis and engage the Achaemenid navy there, where the constricted area would cancel the Persians’ advantage of numbers; by modern estimates, Xerxes commanded around 600-800 warships, while the Greek triremes were not more than 380. According to Herodotus, Themistocles actually tricked the enemy fleet into the straits where the Greek fleet was berthed, between Salamis and the mainland, by making Xerxes believe that the Peloponnesians were trying to escape.

The exact details of the ensuing naval battle are not clear, since surviving accounts of it by Herodotus, Plutarch and Aeschylus are only partially reliable. It is believed that a Greek trireme initiated the engagement by ramming a Persian vessel. The confined space did in fact work to the Greek’s advantage: the Persian admiral Ariabignes, another of Xerxes’ brothers, was killed early in the battle leaving his squadrons leaderless and disorganised; a wedge of Greek ships pushed through the centre of Persians lines, splitting their fleet in two; Persian vessels pushed back by the Greeks collided with their own allies pressing forward from the rear ranks. Unlike the Greeks, the majority of the Achaemenid crews did not know how to swim, so most of them drowned when their ships were sunk.

Having suffered great losses, with possibly half their fleet destroyed, the Persians were forced into retreat. Disheartened by his crushing defeat, and fearing that he might be trapped in Europe, Xerxes decided to withdraw the greater part of his army from Greece, leaving behind elite infantry and cavalry units under general Mardonius, in an effort to complete the conquest. Mardonius would indeed make a new advance after the winter, in 479 BC, but the allied Greek forces would eventually destroy the remaining Persian troops and ships at the Battle of Plataea and the near-simultaneous Battle of Mycale, thus definitely ending the last Persian invasion of Greece. 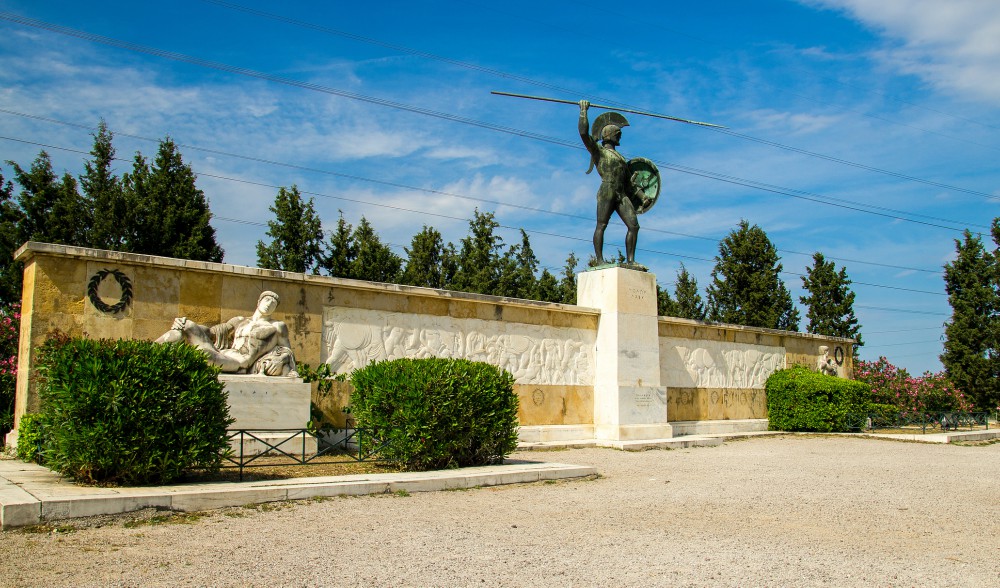 Monument to Leonidas I at Thermopylae (Getty images)

The two battles are -together with the Battle of Marathon- the most memorable events of the Greco-Persian Wars, although each has a different legacy. Thermopylae is remembered as a great example of tactical use of terrain to the advantage of an outnumbered force; above all, however, it stands as a symbol of defiance against overwhelming odds, self-sacrifice and loyalty to one’s homeland.

The Spartans’ commitment to duty even in the face of certain death has inspired many writers and poets, from the ancient Simonides (556–468 BC), who is thought to have written the famous epigram

Tell them in Lacedaimon, passer-by
That here, obedient to their word, we lie,

to Lord Byron and Emily Dickinson. Thermopylae is even referenced in Colombia’s National Anthem, while one of Greece’s most influential poets, C. P. Cavafy (1.863–1.933) penned the poem "Thermopylae", starting with the lines

Honor to those who in the life they lead
define and guard a Thermopylae.
Never betraying what is right (…)

The battle has also been the subject of historical novels, such as Steven Pressfield’s Gates of Fire and V. M. Manfredi’s The Spartan, and films, such as The 300 Spartans (1962) and 300 (2006), the latter having been inspired by Frank Miller’s graphic novel of the same name.

Unlike Thermopylae’s honourable defeat, the Battle of Salamis marked a glorious victory that served as a turning point for the outcome of the war. It is therefore singled out by many historians as one of the most significant battles in history, since it arguably set the course for the evolution of Classical Athens, but also the liberation of Macedon and the subsequent rise and expansion of the Hellenistic world. According to this view, Persian domination of Greece at that time would bear an impact on the whole trajectory of Western Civilisation.

Although not many artists have been inspired by the Battle of Salamis -compared to Thermopylae- it provided the subject for the oldest surviving tragedy, The Persians, where Aeschylus -himself a veteran of the Greco-Persian Wars, who had fought at the Battle of Marathon- imagines Queen Mother Atossa, in Susa, receiving the news of her son’s crushing defeat. The queen laments the great loss, while her husband’s phantom blames Xerxes' fate on his hubris. 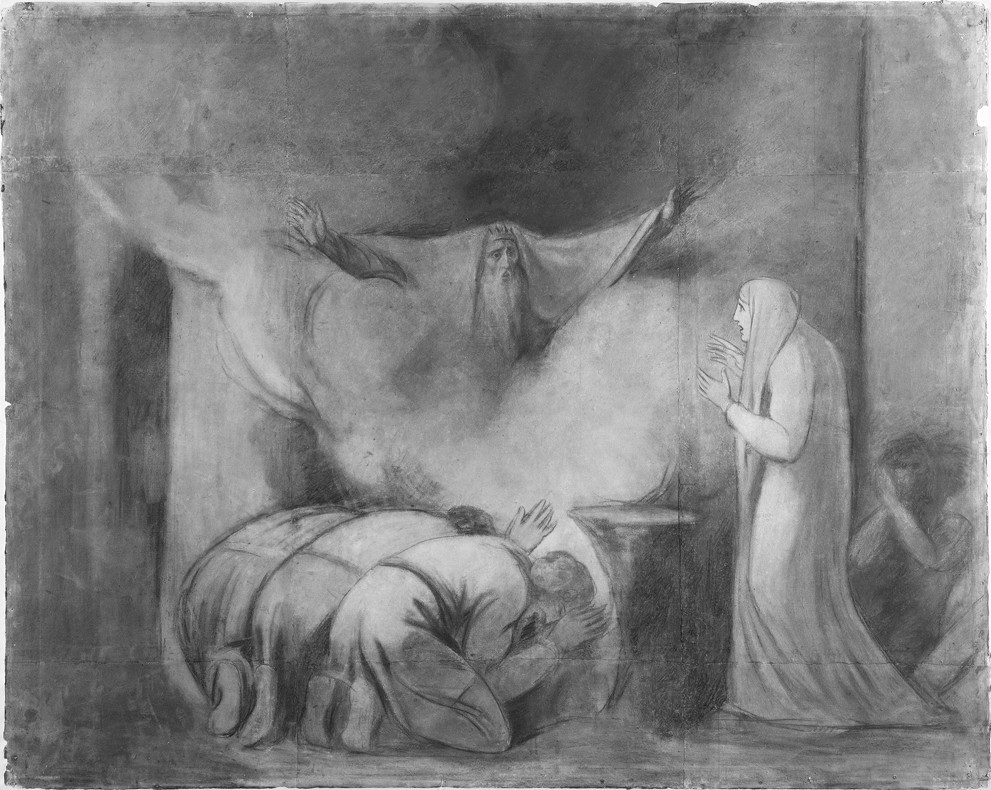 You can find out about the actions, initiatives and events organised by the Honourary Committee of "Thermopylae - Salamis 2020" Anniversary Year on its official webpage.

Watch the online conversation (in Greek) organised by Delphi Economic Forum, between Marianna V. Vardinoyannis and Rector of the University of Paris 1 Panthéon-Sorbonne, Helene Ahrweiler, member of the Honorary Committee of the Anniversary Year, on the timeless messages of the Battles of Thermopylae and Salamis in a critical period for humanity.

Also watch the online conversation (in Greek) "2500 years from Thermopylae and Salamis: Lessons from Ancient Greece and their relevance today", also presented by Delphi Economic Forum, with opening remarks by Marianna V. Vardinoyannis.

Also read The works of the "Greece 2021" Committee are launched; The Greek Revolution today: historiography and the public on the eve of 2021; The visual representation of the 1821 Greek War of Independence through the eyes of Greek and foreign artists