Unexpected Artistic Encounters in the Laconian village of Vamvakou

Would you ever expect from a small mountain village to serve as a reference point for visual artists and musicians? As a place of expression and inspiration where, apart from the paved alleys and the lush forest, one can also come across works of art and classic melodies at 900m altitude? In Vamvakou, at the heart of Mount Parnon, anything is possible! 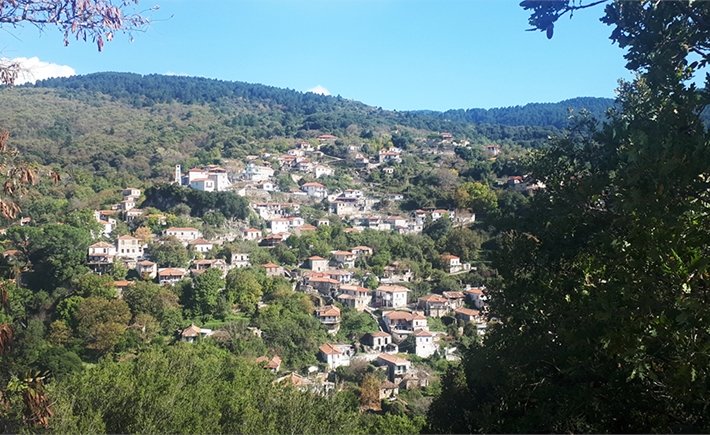 Located in the Peloponnese peninsula, just a few hours’ drive from Athens, Vamvakou went from having hundreds of residents a few decades ago to just a few permanent residents in recent years. Seeing the opportunity to write a new chapter in its storied history, a group of five friends with roots in Vamvakou began to shape a plan for bringing new life to the village. Thus, in August 2018, they founded a Social Cooperative Enterprise called Vamvakou Revival, an ambitious project which is part of the Stavros Niarchos Foundation (SNF) Laconia Initiative.

The founders’ vision for the sustainable development of the village had as its primary objective the return of a greater number of permanent residents to the community, by creating good jobs and comfortable modern living conditions. A fundamental element of the plan was the improvement, maintenance, and optimal use of the buildings and infrastructure of the village. Business activities taking place would combine the authentic history and tradition of their setting with innovative practices. 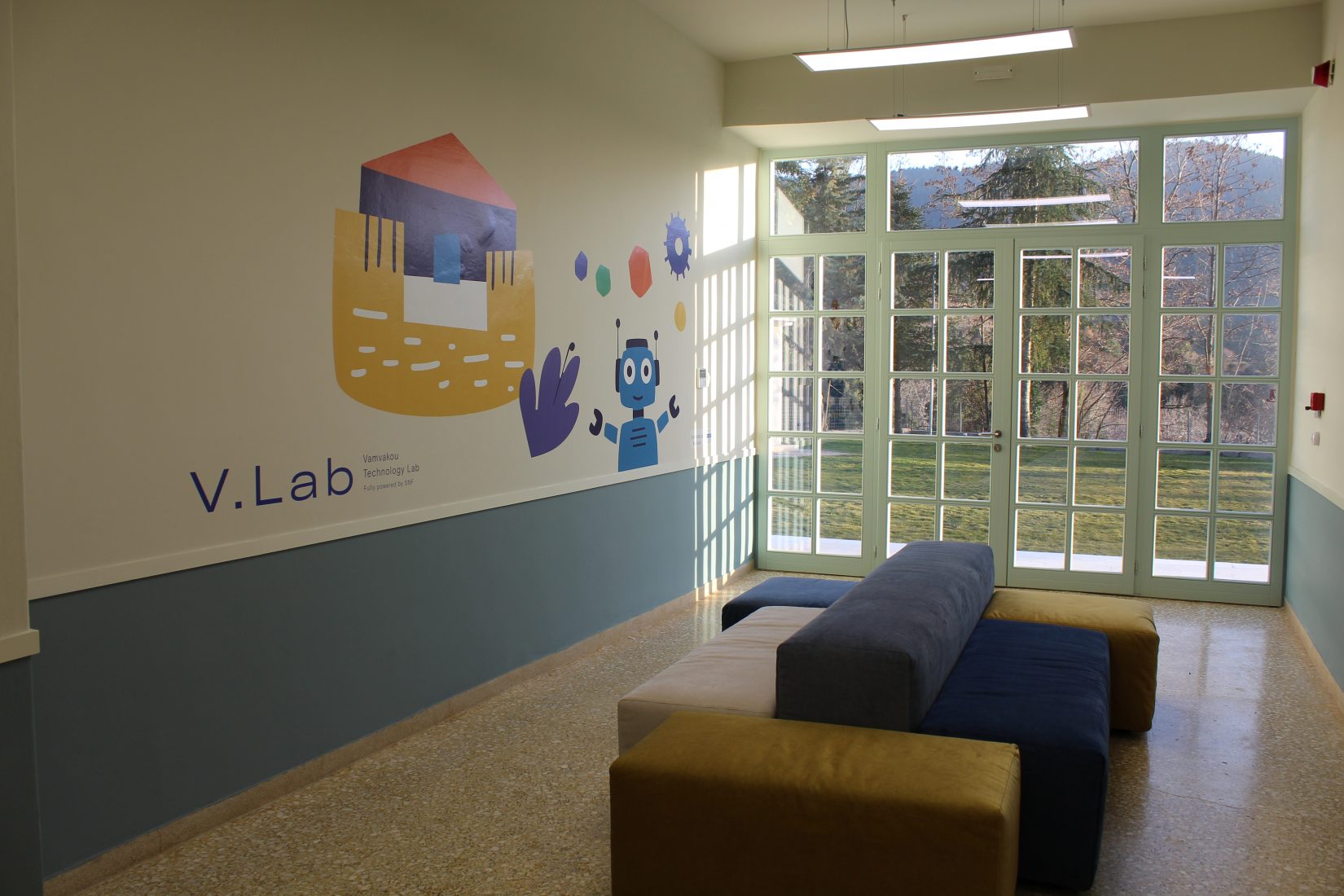 The first phase of the project involved welcoming visitors to enjoy the recreational opportunities offered by the natural wealth of the Parnon Mountains. In the second phase, which is now in progress, the aim is to develop new activities related to innovation, agritourism, and the agri-food sector, with the emphasis always being on creativity.

Within this framework, special mention should be made of the artistic interventions in the village. Visual artists Iason Megoulas (aka Cacao Rocks), Alexandros Simopoulos and Pavlos Tsakonas – all three  Fellows of Artworks first SNF Artist Fellowship Program - visited Vamvakou in July, so as to study its history and create murals on an old warehouse and other forgotten and indifferent walls, thus introducing landmarks and posing questions regarding the aesthetics and use of public space. 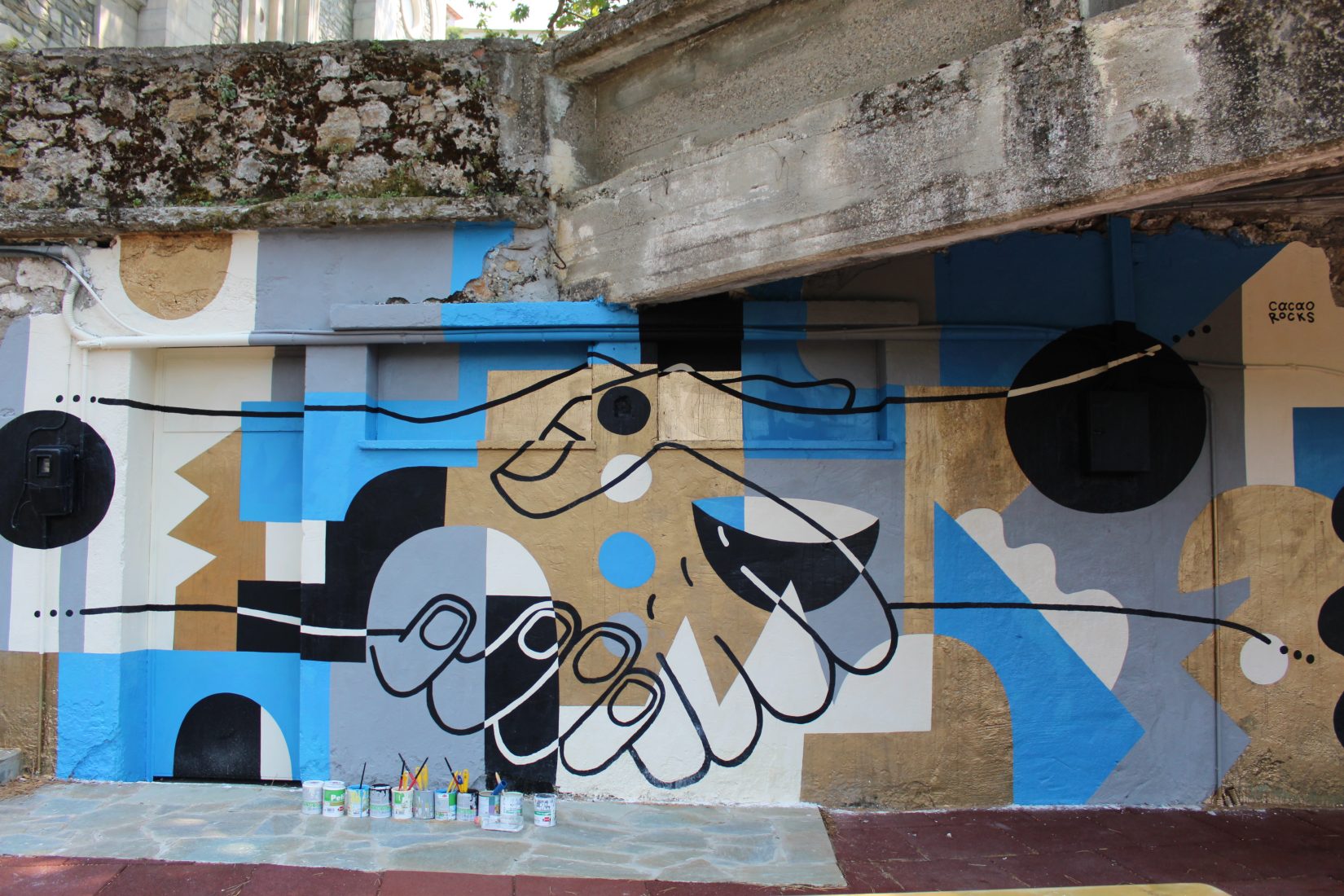 More specifically, the playground of the village is the first stop in Vamvakou’s visual interventions tour: Iason Megoulas was inspired by the motto “Power in Union” that was adopted by the Committee of Vamvakites Plenipotentiaries. This is the title of the masterpiece that dominates the playground of the village: a modern depiction of the equality handshake to remind us of the principles and values of the past.

On the way to the Clock of the village, the “hawk” emerges – an artwork created by Pavlos Tsakonas who was inspired by Gerakaris, a stream on the east side of the village; with its symbolism, it conveys messages of victory, hope and spiritual uplifting. On the way to the school of the village, among the trees, an old warehouse has been transformed into an artwork titled “Another roadside attraction” by Alexandros Simopoulos who was inspired by Vamvakou’s nature; it depicts on a larger scale three wildflowers “dancing” on the stones acting as some kind of monument dedicated to the archetype of the trickster. 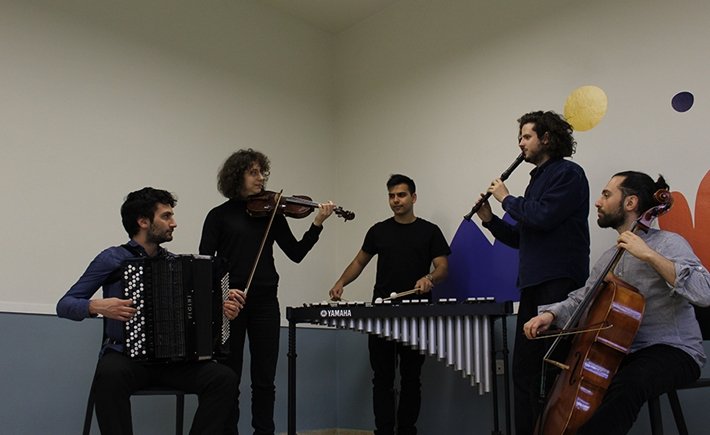 Among other notable artistic events are the activities scheduled by the members of Oros Ensemble music group that was established in the village a few months ago; Konstantinos Zigkeridis, Dimitris Karagiannakidis, Apostolis Koutsogiannis, Eirini Krikoni, Giorgos Madikas, and Antonis Tsahtanis live and work in the village this summer so as to carry out various music events while taking into consideration all the necessary safety measures to prevent the spread of the Covid-19 pandemic. Thus, Vamvakou is filled with the sounds of the violin, clarinet, and cello and offers visitors a unique music experience. For instance, on Saturday, August 22, 2020, the audience can enjoy a solo cello concert by Dimitris Karagiannakidis, while on Saturday, August 29, 2020, another cultural event is scheduled to take place, under the title “The poets’ music”.

The Vamvakou Revival team hopes that their birthplace can serve as a model for similar projects across the country and internationally:

“The departure from our roots is one of the reasons for the economic, social, and value crisis that Greece is experiencing. We forgot where we started, we overlooked our starting point and left villages in their fate […] The purpose is to make Vamvakou an imitation example, a model for the rest of our country.”

The saying goes that it takes a village to raise a child/young person. But sometimes it takes young people to raise a village, and this is exactly what’s happening in the Laconian village of Vamvakou.