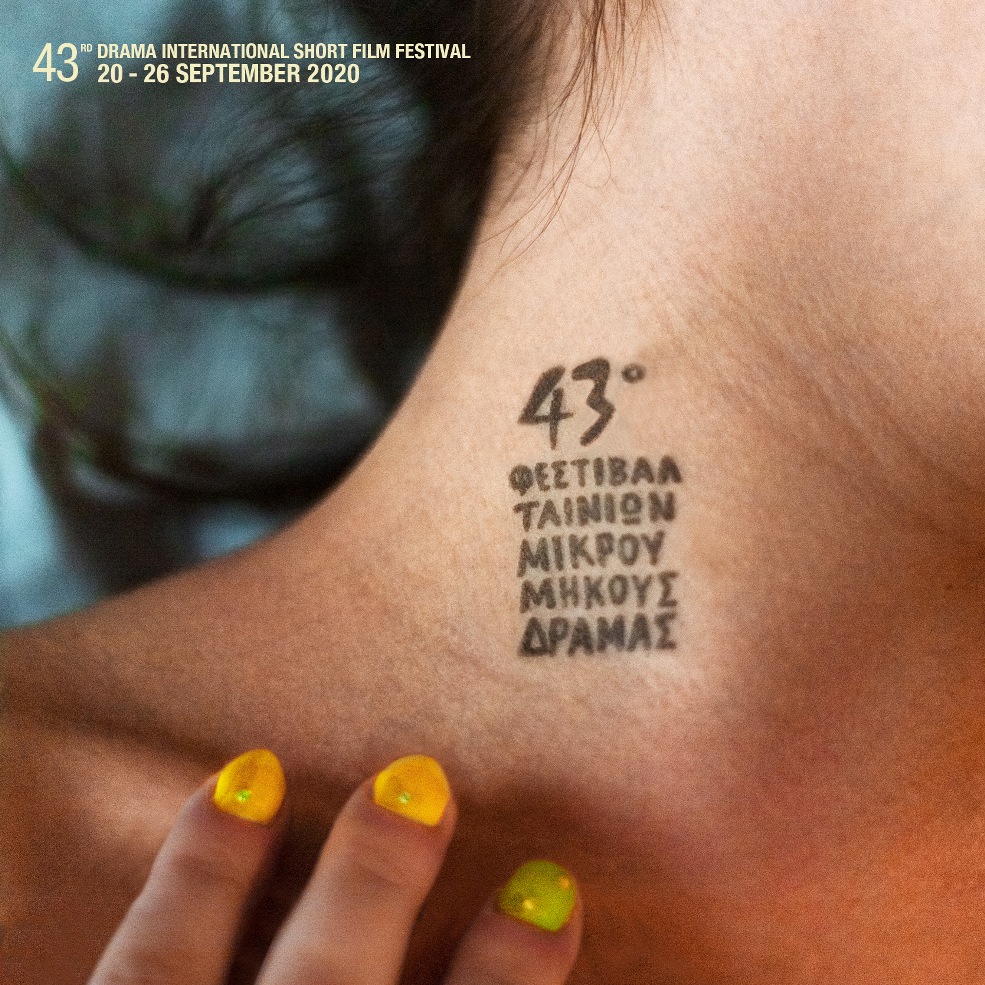 The countdown to the 43rd Short Film Festival in Drama has started. The Festival is turning a new page in its history, with a new Artistic Director, Yannis Sakaridis, who took up his post under globally unprecedented circumstances, at a period of time where Greek short film creators are excelling at the biggest international film festivals. For this reason, for the first time in its history, the Drama Film Festival will be conducted simultaneously both in physical locations and online. Internationally acclaimed Polish director Pawel Pawlikowski will be a member of the jury of the International Competition.

The great celebration of Greek short film will take place from the 20th to the 26th of September, headlined by filmmakers and the audience that loves and supports short film. The 43rd DISFF will be conducted in the newly-renovated open-air cinema Alexandros, the festival’s new hotspot, at the Olympia Cinema, and the Municipal Conservatory of Drama. Alongside the aforementioned locations, a drive-in cinema will be set up for the first time, next to the Krachtidis Stadium (Drama’s indoor sports facility).

In total, 141 films from 37 countries will be screened; spread between the Festival’s various programmes. In the words of Yannis Sakaridis, “at a time when the whole world’s been shaken by the pandemic, we have prepared a festival which will bolster short film, and give hope to its creators. In times of crisis, films can provoke, transport us to another place, inform, enchant, and heal.” 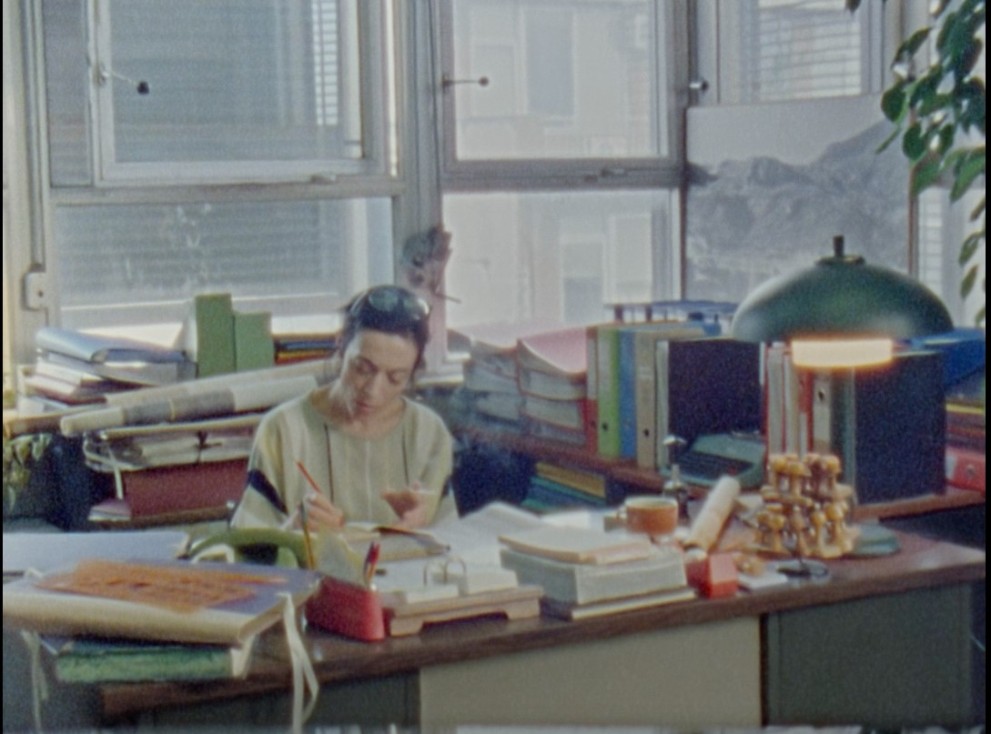 Out of 275 Greek films submitted (a new record for the festival), 34 will compete for the awards of the 43rd competition. These include 3 documentaries, 2 animation films, and 2 experimental films. This year, about a quarter of competing directors are women (the female signatures are 9).

A lot of new talents are participating, as well as plenty of the festival’s old acquaintances who have received awards in the past. Man’s relationship to animals seems to monopolize a good deal of the directors’ interest this year, in films of a very different style. Trans characters aspire to steal the limelight, while the Coronavirus matter, paradoxically, concerns very few contestants –there will be, however, a meta-apocalyptic gay love story inspired by the pandemic.

Issues that have long perturbed Greek short filmmakers are once again prevalent this year: Integration of immigrants in Greek society, war, managing loss, helplessness and old age, love. Directors seem to be deeply concerned by parent-child relationships, period dramas, allegorical tales, fantasy films, and some which intensely experiment with form.

This year, which marks 26 years since its internationalization, the Festival will screen 36 films from 30 countries in total. It will feature 11 international, 2 European, and 19 Greek premieres. As the Head Programmer of the International Competition Manolis Melissourgos points out, for the first time, there are 6 Greek films in the running for the International Competition, namely: As if underwater by Anthi Daoutaki, In her steps by Anastasia Kratidi, Τhe end of suffering (a proposal) by Jaqueline Lentzou, Goads by Iris Baglanea, Dive by Thimios Bakatakis and Premier amour by Haris Raftogiannis (France, Greece). Also competing is The parrot lady by Michalis Kalopaidis, from Cyprus. Women creators outnumber their male counterparts for the first time. Out of the competing directors, 19 are women and 17 men. The Drama Film Festival is honored to present, in a national first, Thanasis Neofotistos’ new film, Route 3 (Bosnia, Greece), which will be screened as part of the International section, out of competition.

The participants are students from 21 cinema schools around the world, 12 of which are internationally renowned. The festival has secured 7 international premieres, 2 European, 4 Balkan, and 9 Greek.

The creation of this new programme aims to meet the need for local and International production of student short film, and is integrally linked to the Festival’s vision for the upcoming establishment of the Film School in Drama.

Award-winning director Thanassis Neofotistos, who began his career at the Drama Film Festival, is the Head Programmer of the International Student Competition.

* Chairman of the National Competition jury is director Argyris Papadimitropoulos.

As a tribute to the late set and costume designer Ioulia Stavridou, the Festival is naming a new award after her: Honorary Distinction for Costume Design “Ioulia Stavridou”. It will be accompanied by a cash award of €2,000 offered by Trianon Cinema.

Four new (monetary) prizes by the Greek Film Centre are added to the categories Golden Dionysos, screenplay, direction, and documentary.

Audience Awards are being introduced for the first time: Viewers will be able to actively take part in the selection of the film to receive the Audience Award in all three of the competition programmes, via the Festival’s online platform (Online Festival).

The “Dinos Katsouridis” award is reallocated to the International Student Competition to support participating Greeks and give incentives for their next project.

The “#ThisisEU – European Values” is awarded by the Delegation of the European Commission in Greece to the film selected by the International Jury of the Drama film festival. It goes to the film that promotes European values, such as: liberty, equality, state of justice, and respect for human rights.

Finally, the urban non-profit company “Cyclops”, based in Drama, is sponsoring the Special Award for Environmental Sensitivity Environment & Climate Change, to the sum of €4,000 in International Competition.(For further information:https://www.dramafilmfestival.gr/news/)

"In her steps", dir. Anastasia Kratidi

The Drama Festival continues to support the production of short films and coach new directors: As part of its educational platform DRAMA MINI TALENT LAB, this year it is organizing a Pitching Lab workshop to provide directors/producers with pitching techniques, while at the Pitching Forum, young directors and producers from all over the world will have the opportunity to present their project in a 5-minute pitch, to producers and potential sponsors. At the end of the Pitching Forum, participants will also have the opportunity to arrange individual meetings with interested producers or festival directors, for the potential promotion of their work.

Finos Film is offering a monetary prize for the best plan, while Authorwave is offering post-production services.

The Pitching Lab has decided to accept 15 plans this year, as the online platform allows for wider participation. Heading the Festival’s educational programme is a director and instructor Barbara Dukas. She is accompanied by playwright Georgina Kakoudaki.

THE REMAINDER OF THE PROGRAMME 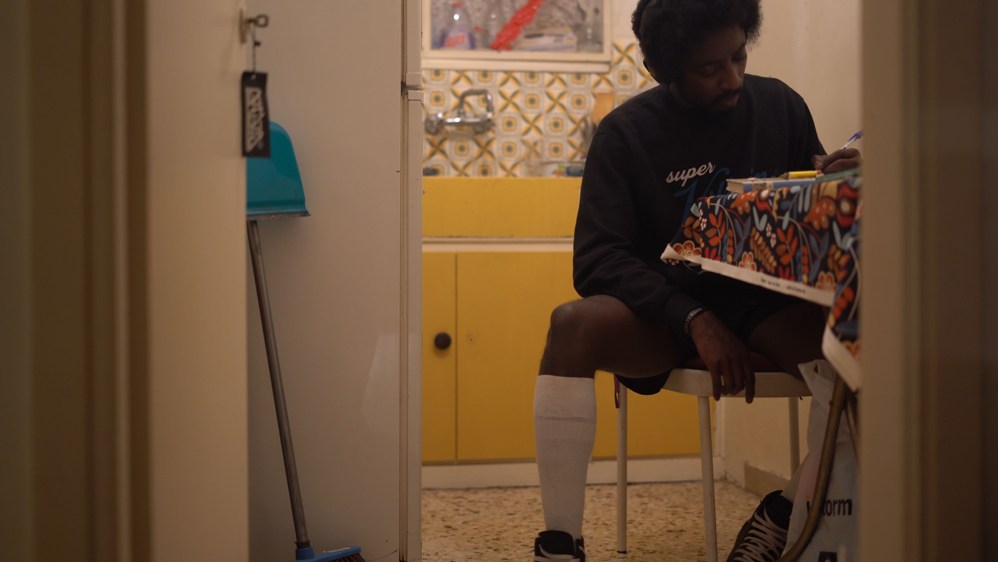 -Cinematherapy with Pawel Pawlikovski: The renowned director will take part in an open discussion on his last film, “Cold war”, moderated in Drama by cinema therapist Denise Nikolakou. The Drama Film Festival is hosting this project for the first time, aiming to highlight the psychotherapeutic effect a film can have on the viewer through cinematherapy (Friday 25/9, 16:00, Municipal Conservatory).

-Screening of two programmes of short films shot during the restricting measures against the pandemic.

*Enter in collaboration with the Onassis Foundation: Far from another quarantine diary, this is a series of original works created against the setting of the “here and now”. From Manhattan to Brooklyn, from Athens to Berlin, and from the village Karantinata of Kefalonia to London, artists from all over the world welcome us into their homes. Amongst them, Vasilis Kekatos, Yorgos Zois, and Efthymis Filippou.

*Spaces 1 in collaboration with the Thessaloniki International Film Festival. Eight Greek directors were assigned by the Festival to shoot a short film inside their home, presenting their own cinematic commentary on the unprecedented situation we all experienced this past spring. The films are signed by George Georgopoulos, Rinio Dragasaki, Zacharias Mavroidis, Minos Nikolakakis, Marianna Oikonomou, Stavros Pampallis, Syllas Tzoumerkas, and Stavros Psyllakis.

-Presentations of competing directors and open discussion with the public daily at the “Alexandros” Open-Air Cinema (12:00)

-Focus on Animation“Greek Animation, from education to professional production”. Online screening of Greek animation films through the festival’s online platform, curated by award-winning director and professor Spyros Siakas, in collaboration with the University of West Attica.

-Events for children. “Film Education Courses”: The multi-faceted educational programme by NEANIKO PLANO is coming to Drama for a four-day film workshop for elementary students.

-Fair Afternoons (21-25/9, “Alexandros” open-air cinema, 18:00) overseen and presented by author-journalist Pavlos Methenitis. This year’s guests are Lena Divani and Dimitris Sofianopoulos, on account of their new books “Couples That Wrote the History of Greece” (Friday, 25/9), and “Many Years Later” (Thursday, 24/9), respectively.

Also presented: the anthology of short stories "100 words in 100 hours for Shedia" from Komotini, the proceeds of which will be donated to the monthly street magazine for the homeless "Shedia" (Thursday 24/9), as well as two books by Drama authors: “Irini of Drama” by Phaedon Patrikalakis and "Toso ithele to stithos” (poems) by Kalliopi Exarchou (Wednesday 23/9). The event begins on Tuesday 22/9 with the presentation of two important magazines: the Drama magazine of spoken word and art "DIODOS 66100" and the Magazine for Art and Life "MANDRAGORAS" (publisher: Costas Kremmidas). Selected guests will speak about the books - among them the Drama poet and lawyer Polina G. Bana.

The award-winning films of the International and select programmes, will be screened at the “Trianon” cinema.

The initiative “Drama Film Festival Travels” will go on to many more destinations. Last year the Festival’s Greek films travelled to 45 cities and 5 countries, spotlighting the dynamics of Greek cinema both inside and outside the Greek borders.

The Drama Film Festival is financed by the Ministry of Culture & Sports, the Municipality of Drama, and the Region of East Macedonia and Thrace.

Those who wish to watch the Festival online, will need to register here:

Registrations will begin with the opening of the platform, on 20/09/20.