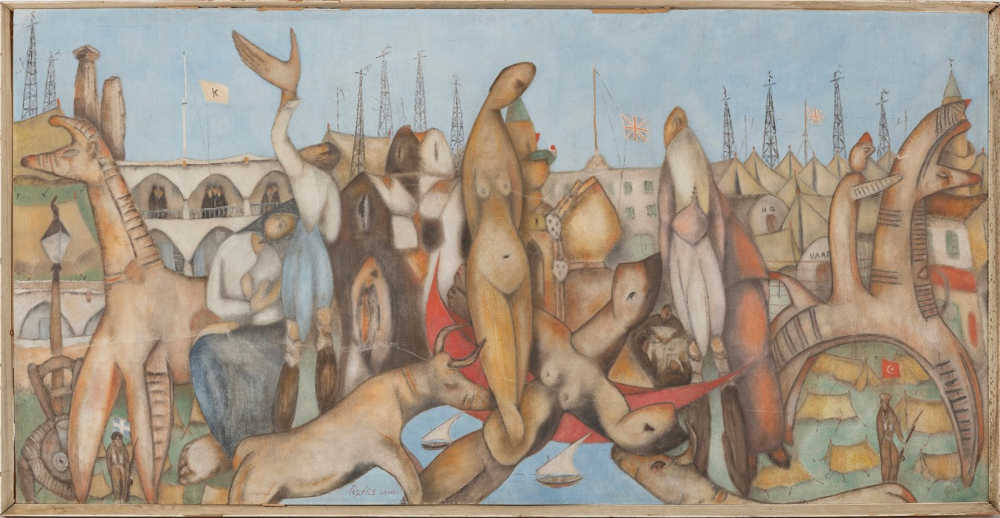 Cyprus is the third largest island in the Mediterranean, and has existed as an independent state for the last 60 years. It has been inhabited since the Neolithic Period, as is indicated by the remains of a settlement dating back to around 9,000 years ago.

The island is generally believed to correspond to the ancient Kingdom of Alashiya, referred to in a number of the surviving texts written in Egyptian, Hittite, Akkadian and Mycenaean and known as a major source of goods, especially copper. The earliest attested reference to Cyprus is the 15th century BC Mycenaean Greek ku-pi-ri-jo meaning "Cypriot", written in Linear B syllabic script. The Greek name Kypros is believed to have been used since the Homeric times, as it is mentioned in both the Iliad and the Odyssey. Through overseas trade, the island has given its name to the Latin word for copper through the phrase aes Cyprium, "metal of Cyprus", later corrupted to сuprum, from which the English word "copper" was derived. 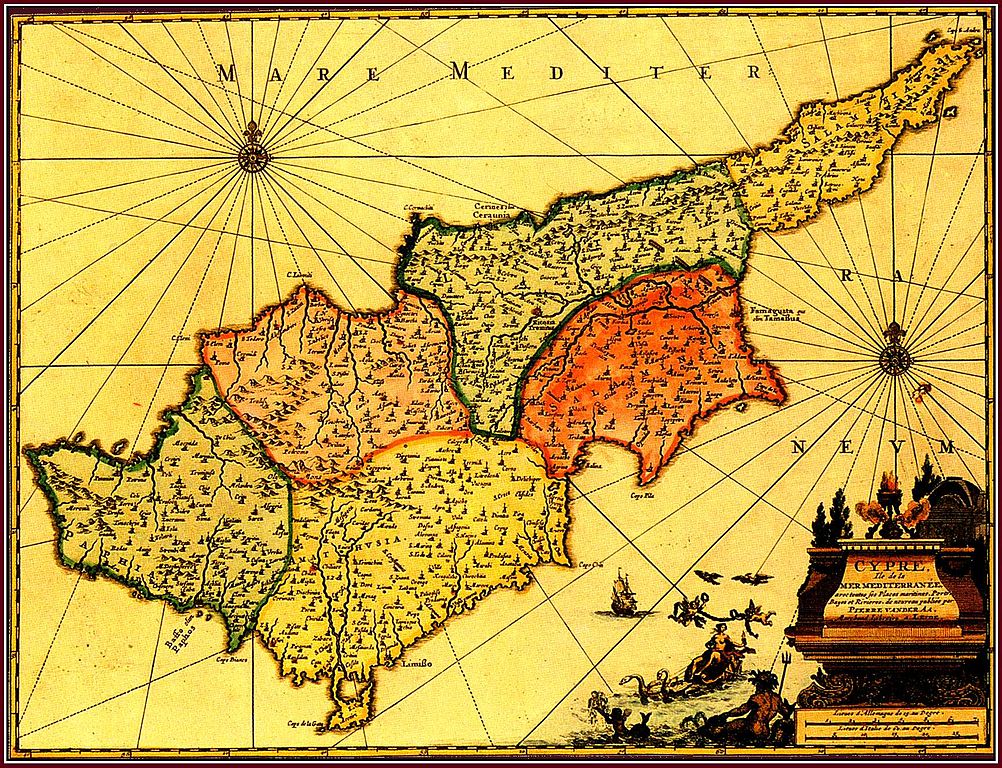 Map of Cyprus (beginning of the 18th century - via Wikimedia Commons)

Greek presence on the island dates back to around 1400 BC. A major wave of Greek settlement is believed to have taken place following the Bronze Age collapse of Mycenaean Greece from 1100 to 1050 BC, with the island's predominantly Greek character dating from this period. In its long history, the island has been part of the Hellenistic, Roman and Byzantine Empires, captured by Crusaders, annexed by the Venetian Republic and, in 1571, conquered by the Ottoman Empire. With the movement of numerous Turkish settlers, a Turkish Cypriot population was established on the island.

In 1878, the "Cyprus Convention" granted control of the island to Britain, in exchange for its support of the Ottomans during the Congress of Berlin. In 1914, following the outbreak of WWI, and the Ottoman Empire’s decision to side with the Central Powers, Cyprus was formally annexed by the British Empire. After the end of WWII, the local population embarked on a struggle for self-determination.

It wasn’t until 1960 that Cyprus gained independence from Britain; yet, tensions continued to escalate between the two ethnic communities – Greek and Turkish Cypriots. The island's Greek Cypriot majority massively supported the idea of enosis, that is, Cyprus’s incorporation into the Greek state – something the Cypriot Turks were abjectly opposed to. In 1964, a United Nations Buffer Zone, known as the Green Line, was established, and of UNFICYP troops were deployed to patrol it.

In 1974, the Greek military junta carried out a coup against the president Makarios III;, a few days later, on 20 July 1974, the Turkish army invaded the island. Although this quickly led to the fall of the junta both in Greece and in Cyprus, Turkey launched a second invasion on 14 August, seizing 36% of the northern part of the island, and evicting 180,000 Greek Cypriots. To this day, Cyprus remains the only divided country in the European Union, which it entered on 1 May 2004. Turkey does not recognise the Republic of Cyprus; conversely, the "Turkish Republic of Northern Cyprus" de facto state is recognised only by Turkey.

Literary tradition in Cyprus tradition can be traced as far back as the late 7th century BC, to the epic poem Cypria by Stasinus. The modern age of Cypriot literature is believed to begin in 1878, the year when Cyprus came under British rule. The early period of modern literature in Cyprus (1878- 1920) was strongly influenced by Romanticism and the so-called "First Athenian School". Vasilis Michaelides, the national poet of Cyprus, is the most prominent figure of this period and establishing the Cypriot dialect as a linguistic medium of the island’s written poetry and thus proving its unlimited potential. He was followed in the interwar period by a generation of young writers and poets who closely followed the then-current trends in Greek and European literature: Realism, followed by Symbolism, Surrealism, etc. 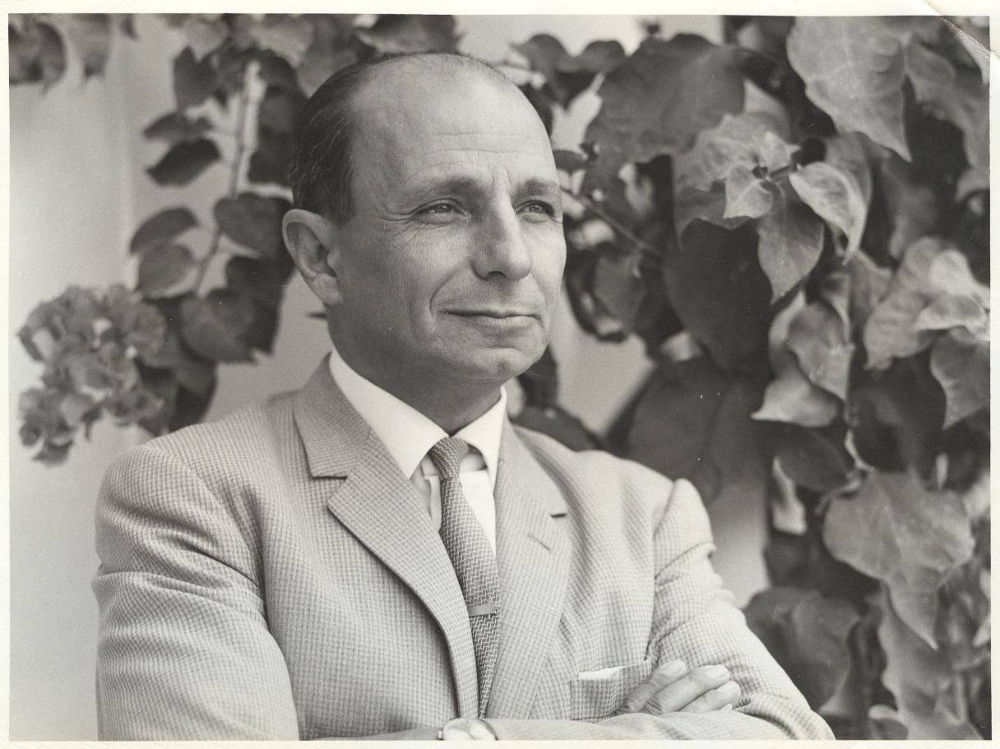 After the Second World War, the dramatic events of the island's history would shape the course of Cypriot literature. The authors who began publishing at that time (such as Costas Montis and Pandelis Michanikos), but also the generations that came after them, tried to convey the experience of these historical events in their work: the ardent struggle for independence (which was won in 1960), the suffering and anger caused by the Turkish invasion (1974), the forced abandonment of the ancestral land and the division of the island. As a result, in those years, Cypriot literature acquired its main characteristics which, to a degree, still define today. These are observed in the frequent representation of historical elements and exploration of self-identity, permeated by a commitment to the homeland and language free from pompous excess.

Despite its troubled history, the third largest island in the Mediterranean has a distinct charm. It is blessed with beautiful beaches as well as soaring mountains: Mount Olympus, the highest point of the Troodos mountain range, rises to almost 2,000 metres. The Troodos Mountains, called by some the "Black Forest of Cyprus", feature some partly endemic tree species of oaks, pines, plane trees and cedars, and maintain a pleasantly mild climate even in the height of summer. 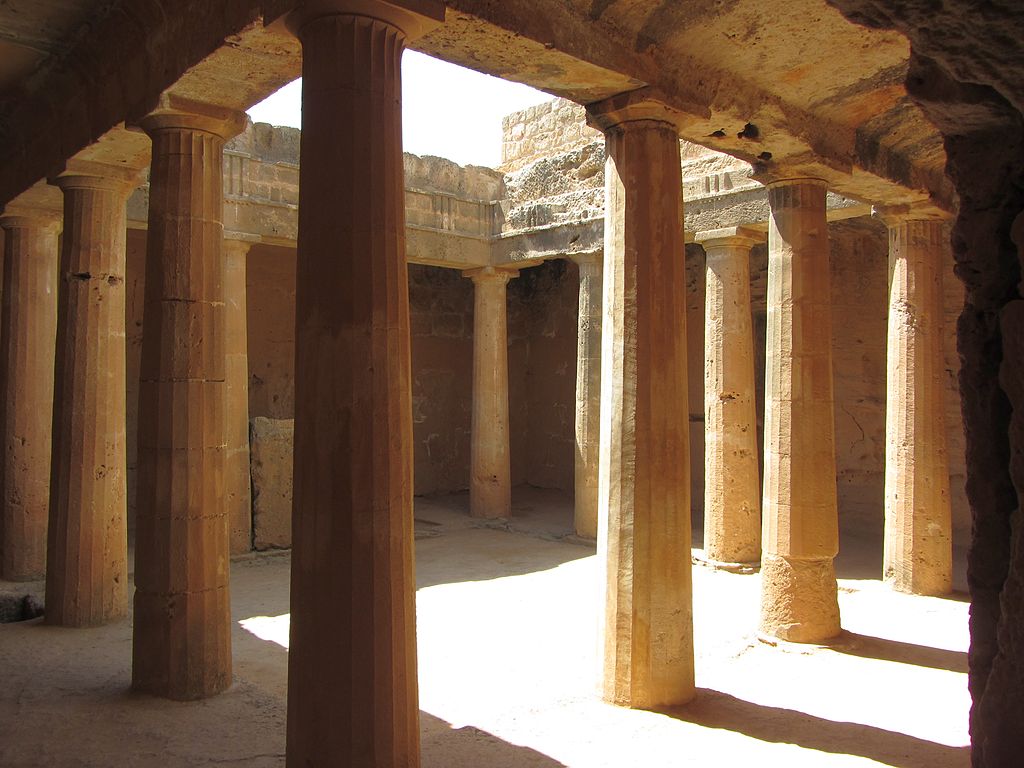 The "Tombs of the Kings" in Nea Paphos (via Wikimedia Commons)

In the capital, Nicosia, visitors can taste traditional Cypriot cuisine, a mixture of cooking cultures from three continents, with a strong Mediterranean character. The southwestern city of Paphos, considered an important metropolis in ancient times, is included in the official UNESCO list of cultural and natural treasures of the world's heritage for its ancient ruins and was also selected as a European Capital of Culture for 2017. The Paphos Archaeological Park encompasses four large and elaborate Roman villas, a theatre, and a necropolis of underground tombs, many of which date back to the 4th century BC, known as the "Tombs of the Kings"; the Archaeological Museum of Paphos also showcases important findings from the Bronze Age.

Read also via Greek News Agenda: Vasilis Michaelides: A Tribute to the National Poet of Cyprus