The First Cemetery of Athens, an open-air "museum"

Have you ever thought of visiting a historic cemetery? Most people would associate cemeteries with pain, suffering, and death. However, these spaces have stories to tell about a city’s history and heritage, as they constitute places of collective memory. More specifically, in Greek, the words for monument (“mnimeio”) and tomb (“mnima”) both come from the word memory (“mnimi”), making cemeteries places where death, life, and continuity are celebrated. 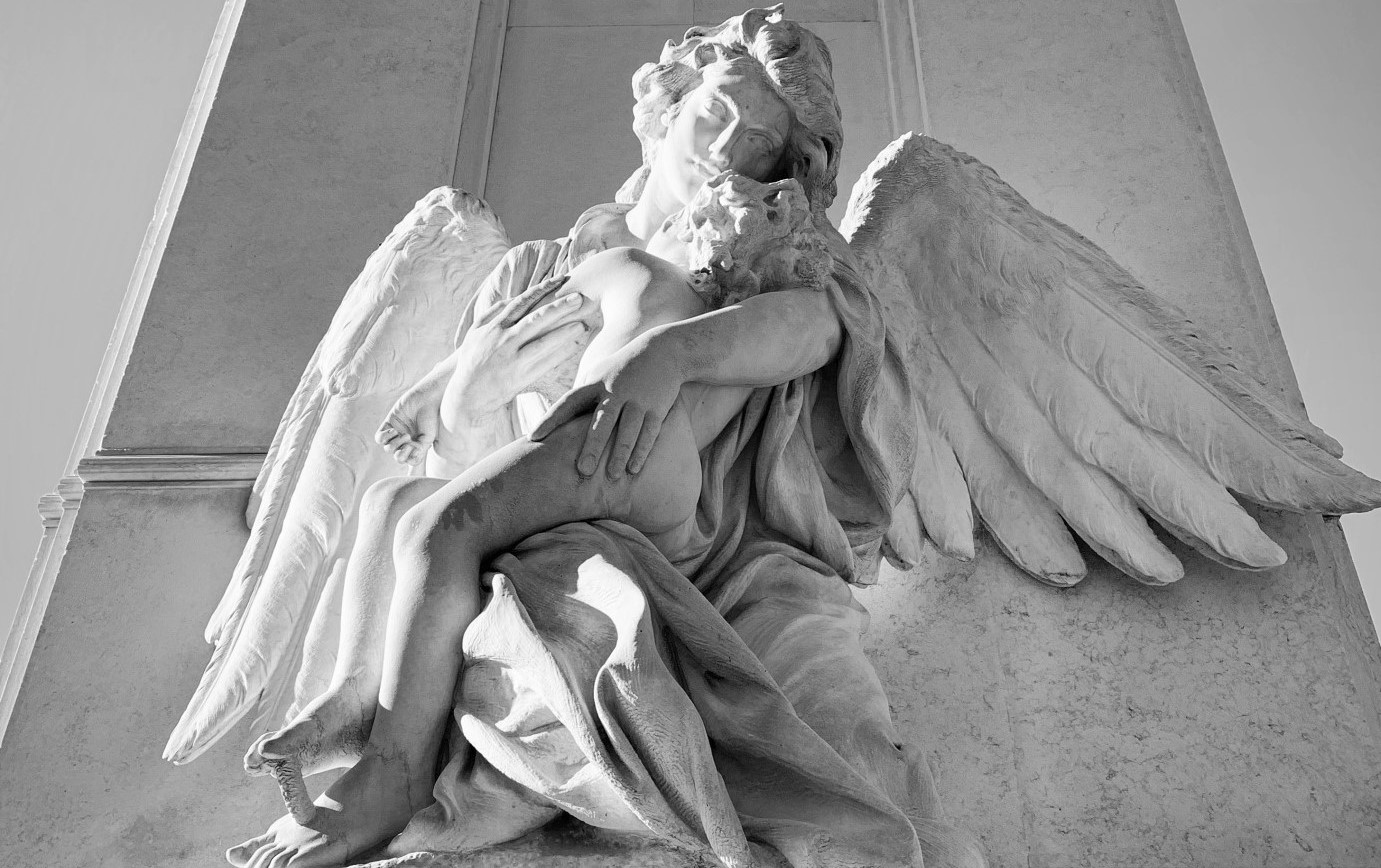 The historic 19th-century cemeteries, in particular, are also places of significant concentration of artistic manifestations; the oldest and most famous example in Greece is the First Cemetery of Athens, a fascinating site with a rich history behind it. In fact, its monumental and historic character has become inextricably linked with the Greek capital's own identity, offering visitors a unique opportunity to discover the city’s relationship to the art, life, and death during the 19th and early 20th centuries.

Built in 1837, shortly after the founding of the Modern Greek state and during Dimitrios Kallifronas's term as the Mayor of Athens (1837-1841), this esteemed burial ground was constructed by craftsmen from Tinos, an island renowned for its marble sculptors, while the marble used was almost exclusively from Athens’ Mount Pentelicus. It is important to note that memorial art flourished during the 19th century and marked the rebirth of the new Greek state.  As regards the collection of sculptures hosted in the cemetery, it can be considered as the most significant and genuine example of the quality attained in marble carving in Greece between 1850 and 1920. 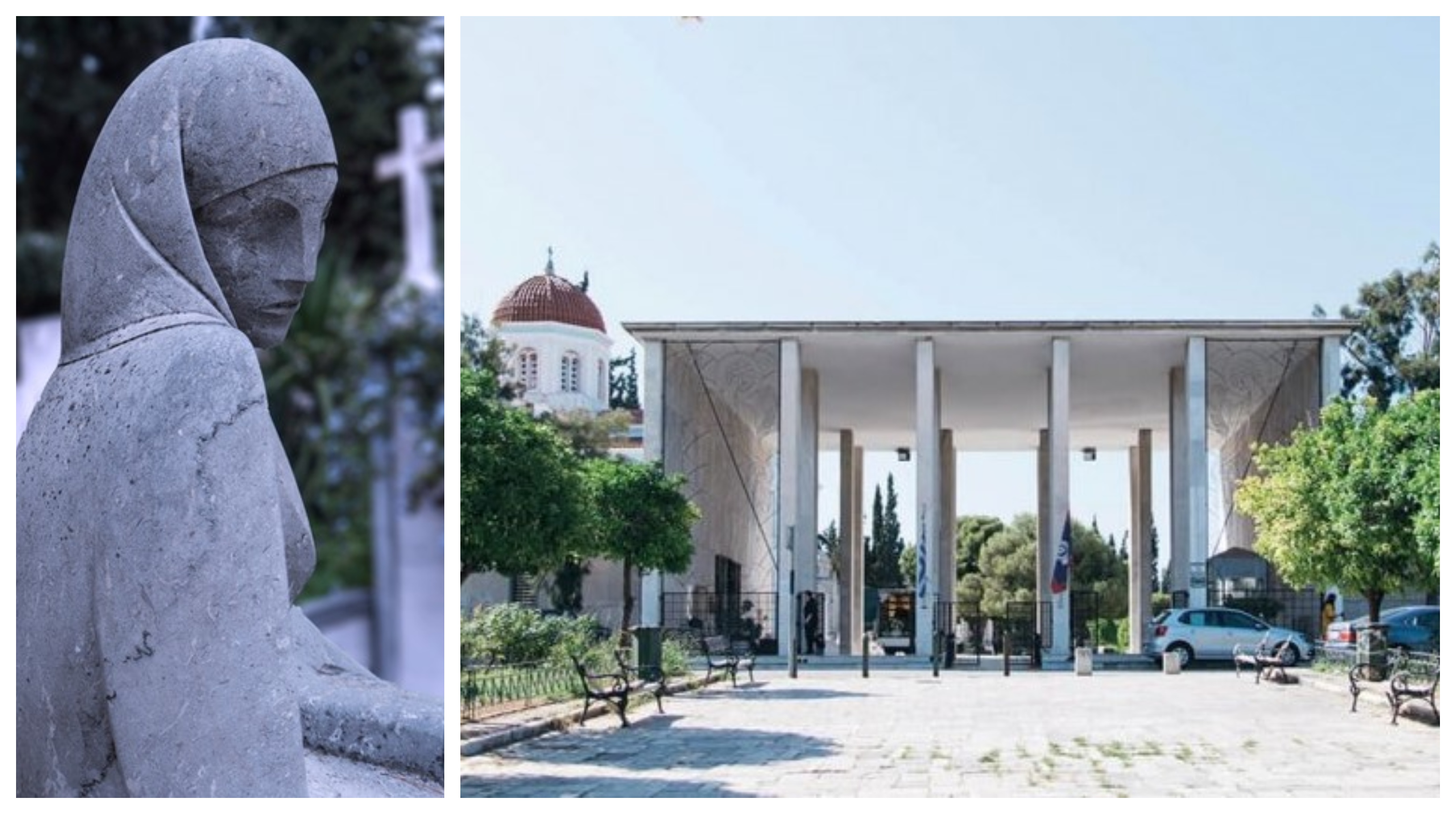 Moreover, there are three churches in the cemetery, with the main one being the Church of Saint Theodore. In addition to serving the Greek Orthodox population of Athens, however, the Cemetery was expanded twice by the 1940s to include a section for Catholics, Protestants, and Jews. In total, the resting place grew to 225,000 square meters, housing over 10,000 family graves and 2,077 tombs created by a total of 108 artists. Many tombs are genuine works of art; whether grand or simple, they all reflect what the deceased person’s family (or the state) considered a fitting memorial.

Located behind the Temple of Olympian Zeus and the Panathenaic Stadium in central Athens - approximately a 15 minutes stroll from the Acropolis- the cemetery is a wonderful combination of park and glyptotheque thanks to its towering pines and cypresses, and its majestic Romantic and Neoclassical sculptures. In fact, the First Cemetery of Athens is like a free open-air "museum" consisting of temples, marble sculptures, ornate gravestones, and an endless list of the country’s prominent public figures, including heroes of the Greek Revolution, statesmen/politicians, entrepreneurs, poets, and artists. 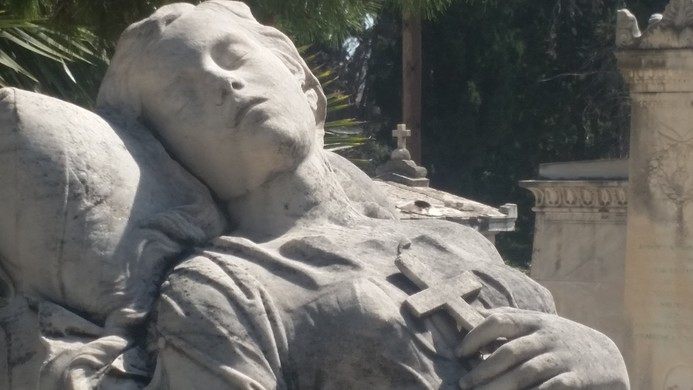 Their tombs and mausoleums are adorned with stunning statues that turn the cemetery into an outdoor sculpture gallery. The most well-known artistic landmark is probably the Sleeping Female Figure (by Yannoulis Chalepas, the most distinguished sculptor of modern Greece) which is located in the square close to the church of St Theodore. But there are many more, such as the Mother of the Occupation or the statue of the Greek War of Independence hero, Theodoros Kolokotronis. 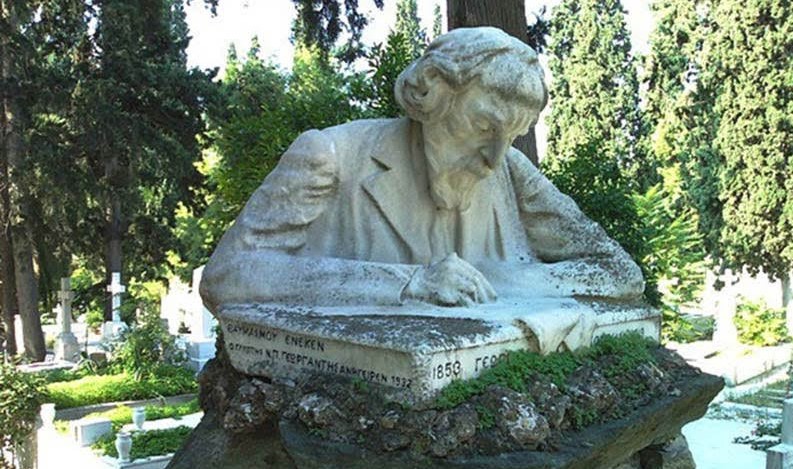 It is worth noting that Greece became a member of the European Cemeteries Route of the Council of Europe as early as in 2011 through the First Cemetery of Athens, as it constitutes the largest sculptural park in the country and one of the largest throughout Europe. More cemeteries followed, such as the Skiathos Cemetery, the Kifissia Cemetery, the Syros-Hermoupolis Cemetery, and the Taxiarches Cemetery in Volos city.

Read also on GNA: Kerameikos, the necropolis of Athens