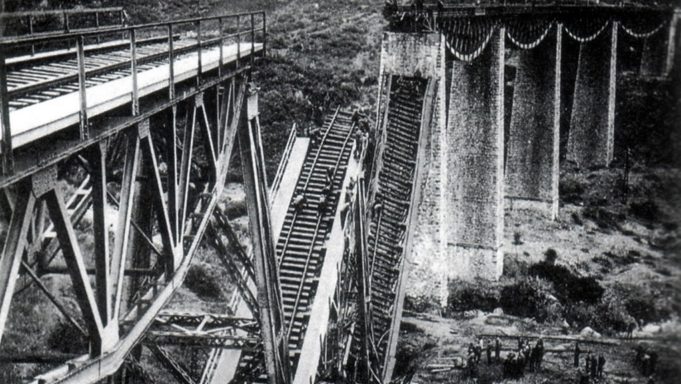 The day of National Celebration of the Greek Resistance was established by the government in 1982 and observed on 25 November, to commemorate the most important joint operation of Greece’s major resistance groups formed in World War II.

The demolition of the Gorgopotamos Bridge was carried out on 25 November 1942, by the combined forces of the Greek People's Liberation Army (ELAS), the National Republican Greek League (EDES) and British commandos of the Special Operations Executive (SOE). It is regarded as a major act of resistance during the Second World War, and was a significant instance of successful cooperation between Greece’s resistance movements.

Following the German invasion of 1941, which resulted in the Triple Occupation of Greece by Germany, Italy, and Bulgaria until 1944, a number of resistance organisations began emerging in Greece, most of them aligned with the various political and ideological factions of the time.

The largest organisation, with a membership estimated between half and two million, was the National Liberation Front (EAM), which was founded on 27 September 1941 by representatives of four left-wing parties: the Communist Party of Greece (KKE), the Socialist Party of Greece (SKE), the Union of People's Democracy (ELD) and the Agricultural Party of Greece (ΑΚΕ). It was led by Georgios Siantos, acting leader of KKE. Its military wing, the Greek People's Liberation Army (ELAS), under Chief Captain Aris Velouchiotis, quickly grew into the largest armed guerrilla force in the country, and the only one with nation-wide presence.

The second-largest group was the National Republican Greek League (EDES). It was founded on 9 September 1941 by a former Greek army officer, Colonel Napoleon Zervas, who had been expelled after the failed pro-Venizelist coup d'état of 1935. Its military wing, the National Groups of Greek Guerrillas (EOEA), was active mainly in the Epirus area. The group originally had a centrist, stridently anti-royalist political orientation, and even featured certain leftist-socialist tendencies. The group would soon establish links with the British Headquarters in Cairo. British pressure, together with growing rivalry with the communist EAM, led to EDES's slow slide towards a more pro-monarchist stance.

The smallest of the three main resistance groups was the National and Social Liberation (EKKA) founded by Colonel Dimitrios Psarros and politician Georgios Kartalis in 1942. Its military wing was the 5/42 Evzone Regiment, named after Psarros' old army unit. It was active mainly in Central Greece. It had a republican, anti-monarchist political orientation.

Other smaller/regional groups included the nationalist Panhellenic Liberation Organisation (PAO) in Northern Greece, the National Organisation of Crete (EOK), established with the cooperation of British Intelligence, and the republican Panhellenic Union of Fighting Youths (PEAN), an Athens-based urban resistance group. 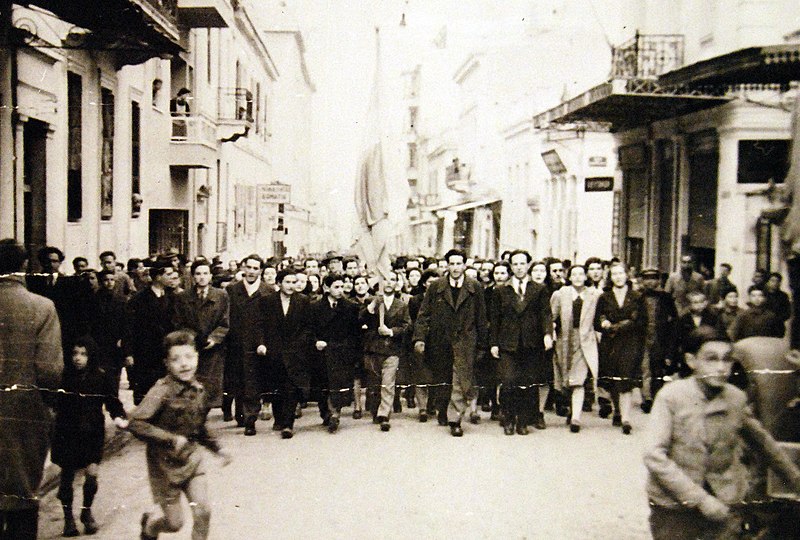 Athens, 25 March 1942: In defiance of German and Italian threats and oppression, a large body of students at Athens University paraded through the streets in a daring celebration of the Greek Independence Day (National Museum of the U.S. Navy)

The Greek Resistance was very active and its guerrilla groups launched many successful attacks against the occupying powers. Free zones were established in various parts of Greece (especially mountainous areas) as early as 1942.On 10 March 1944,a Communist Party-dominated government, called the Political Committee of National Liberation (and commonly known as the "Mountain Government"), would be established, to take up the administration of "Free Greece", i.e. a large part of Greece (including the majority of the mountainous areas and many rural areas) which had come under the control of Greek People's Liberation Army. EDES also controlled parts of Epirus, and German occupation continued predominantly in urban areas.

However, the conflicts between ELAS and EDES would intensify in 1943, resulting in attacks from both sides and numerous battles, and eventually culminating (after a short-lived truce) in the Greek Civil War (1944-45, 1946-49).

The destruction of the Gorgopotamos railway bridge, codenamed Operation Harling, was a moment of seminal importance for the Greek Resistance; it was intended to disrupt the flow of supplies to Rommel’s Afrika Korps in North Africa through the port of Piraeus. 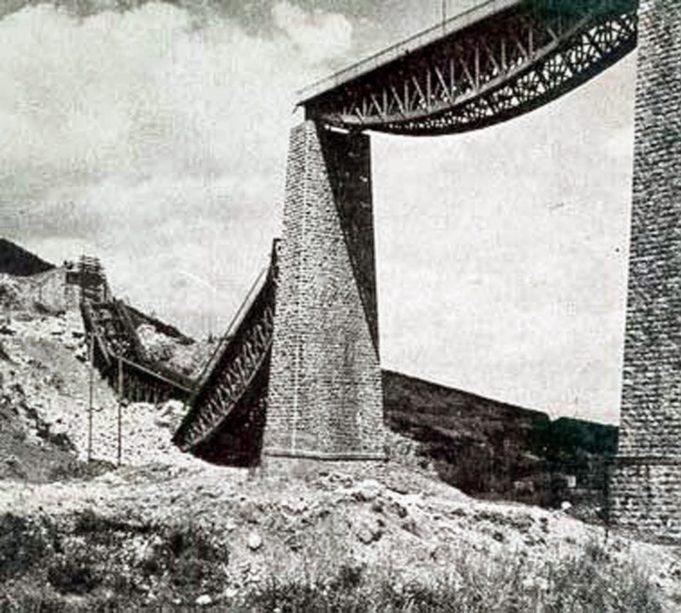 The team’s task was to get in touch with members of the Greek Resistance, and secure their cooperation for an operation conceived at the Allied Headquarters in Cairo. This consisted in one of the three bridges over the Papadia, Asopos and Gorgopotamos rivers; after scouting the spots, they came to the conclusion that Gorgopotamos was the most feasible target, and likely to successfully halt the German supply flow.

In order to accomplish the mission, they would need to secure the cooperation of both ELAS and EDES, by far the two major guerrilla groups in occupied Greece. This presented a challenge since, by that time, rivalry had begun to brew among the two. Moreover, ELAS’s communist political views made them wary of trusting the British, who had a clearly pro-royalist stance.

The two groups did however both agree to offer their help, agreeing that the Gorgopotamos viaduct was an important target and that they had to work together to ensure success, since it was guarded by about a hundred Axis soldiers. EDES’s leader, Napoleon Zervas, met with the British on 19 November, and Aris Velouchiotis, the leader of ELAS, met with them on the following day. A pact was made and by 22 November the plan of attack was finalised: 86 men from ELAS and 52 men from EDES would eliminate or distract the guards while the British commandos placed the explosives along the bridge. 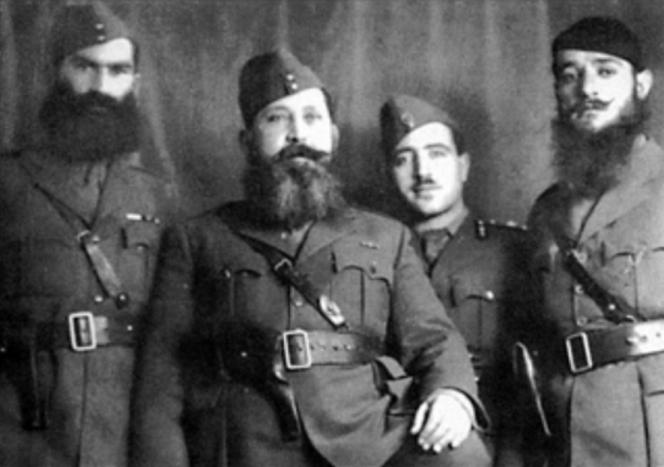 Napoleon Zervas, leader of EDES, with fellow officers (by Revizionist via Wikimedia Commons)

On 25 November, a little after 11.00 in the evening, the Greek guerrillas would launch their attack against the guards, on both ends of the bridge. They later also successfully halted a train full of Italian soldiers detached to fend off the attack. In the early hours of 26 November, two parts of the bridge blew up. Despite some injuries, all the Resistance fighters who took part in the operation survived. A few days later, however, the Germans would publicly execute nine Greeks at the site in retaliation.

The operation, the biggest one the SOE had carried out until then, was a great success overall, although its impact proved to be of small importance (the disruption of supplies for Rommel's troops had by that time been rendered obsolete by the Allied victory at El Alamein). It displayed the potential for major guerrilla actions in serving Allied strategic objectives, encouraged SOE to aid the development of resistance movements.

It also motivated thousands of Greek men and women to join the Resistance movements. The SOE detachment, headed by Myers and Woodhouse, formed the core of the British Military Mission to Greece. The British secured a lasting cooperation with EDES, shifting its stance further towards a pro-royalist and anti-communist orientation, while the guerrillas of ELAS were unwilling to continue supporting anti-Soviet groups. Although the rift among the two groups went on to become bigger, Gorgopotamos remained a symbol of success in unity over a common goal.

Read also via Greek News Agenda: Axel Sotiris Walldén on Greece and Sweden during the Axis Occupation and the military dictatorship; “12 October 1944 - Free Athens” The city commemorates the 74th anniversary of its liberation; Greece under the Nazis: The German soldiers' perspective