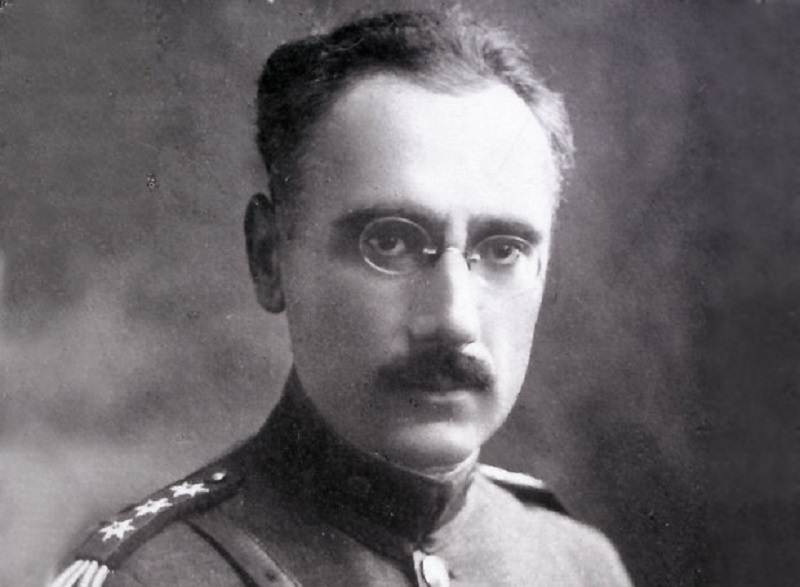 Mordechai Frizis was a Greek-Jewish military officer who served in both World Wars and the Greco-Turkish War of 1919–1922; he died on 5 December 1940, becoming the first senior officer of the Greek Army to be killed in action in the battlefield in the Greco-Italian War, fighting on the Albanian Front.

Frizis was born on January 1st 1893 in in Chalcis, the capital of the island of Euboea, to a large Romaniote-Jewish family. The Romaniotes are the oldest Jewish community in Europe; their distinct language was Judaeo-Greek and they derived their name from the ethnonym of the people in the Eastern Roman (Byzantine) Empire.

Frizis is said to have always dreamed of a military career, although his family wished for him to become a lawyer. He began his studies at the Athens University Law School, but in 1916, during World War I, volunteered for the Greek army; after his enlistment he attended NCO training school and graduated with the rank of Sergeant, almost immediately promoted to Officer Designate due to his university education. He was dispatched to the Macedonian front where he earned a promotion to the rank of Second Lieutenant.

In January 1919 he took part in the Allied intervention in the Russian Civil War and fought in Crimea. In the summer of that same year, he joined the Greek military forces that launched a series of successful offensives advancing into Anatolia, in the Greco-Turkish War of 1919–1922, where he would later be promoted to First Lieutenant. 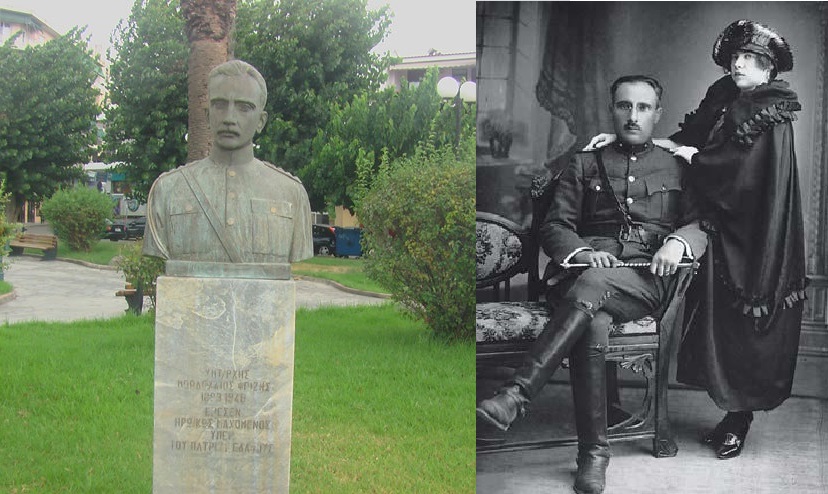 During the Turkish counter-attack in the August of 1922 (which would result in the Greek army’s defeat and eventually to destruction of Smyrna), Frizis was captured by the Turkish army. Being the only non-Christian Greek officer, he was offered his freedom by the Turkish army, but he refused to abandon his fellow soldiers, choosing to remain in captivity until August of 1923, when they were released after the prisoner exchange agreement between the two countries.

Upon his return to Greece, Mordechai Frizis received the rank of Captain and sent to Paris to study to study at the École Militaire. After his graduation, he also studied at the Hellenic Military Academia and, upon completion of his studies, he was promoted to Major and assigned to the Third Army Corps based in Thessaloniki. He was then transferred to his hometown of Chalcis to serve as an instructor at the Infantry School there.

Service in WWII and death

By the late 1930s, Frizis had risen to the rank of Lieutenant Colonel; at his own request, he had been assigned to the Operations Office of the VIII Division in Ioannina, close to Greece’s northwestern border. When the Greco-Italian War was declared, on the early hours of 28 October 1940, he was serving as a detachment commander of the Delvinaki section of the Division. As the Italian army invaded Greece, crossing the Albanian frontier into Epirus, the task of defending the country’s border fell entirely to the VIII Division.

In November 1940, Frizis was appointed head of the "Aoös special detachment", which comprised two battalions from Konitsa and Trikala; its mission was to block the mountain passes south of River Aoös in the Pindus range, so that the advancing battalions of the 3rd Alpine Division Julia could not cross over and flank the Greek VIII Division. Frizis and his men successfully pushed back the attacks, resulting in heavy losses for the Italians. 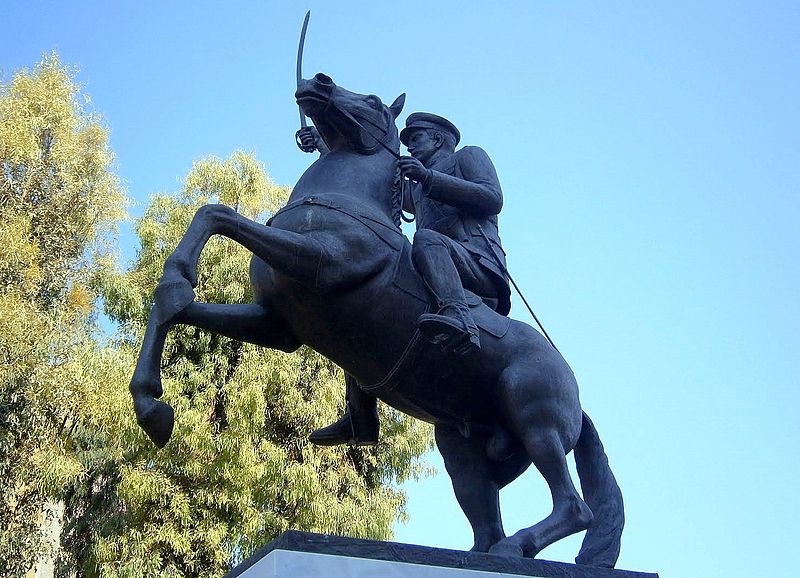 In the ensuing counter-offensive launched by the Greek army, Frizis and his men recaptured several important positions from the invading troops, chasing the enemy away. The renowned Julia Division suffered hundreds of casualties and about 700 soldiers surrendered to the Greeks. The Italians were forced to withdraw their forces, with Greeks now pursuing them, advancing further into Albanian territory. A fervent patriot, Frizis was however known for his fair treatment of war prisoners, as evidenced in the testimonies of his comrades-in-arms.

On the evening of 4 December, Frizis was ordered to move his unit towards the town of Përmet, to cut off the Italian line of retreat. He led the attack on horseback, facing the enemy artillery, and his unit managed to break the opponents’ resistance following several hours of battle, at which point the enemy air support arrived and the Greeks came under heavy fire. Frizis ordered his soldiers to take immediate cover in the trenches, but he stayed on horseback, to give them courage and avoid panic. Late in the morning of 5 December, Frizis was wounded in the stomach, yet he remained on horseback, rallying his men. After the Italian aircraft withdrew and the soldiers came out of the trenches, they discovered Frizis dead from enemy fire. 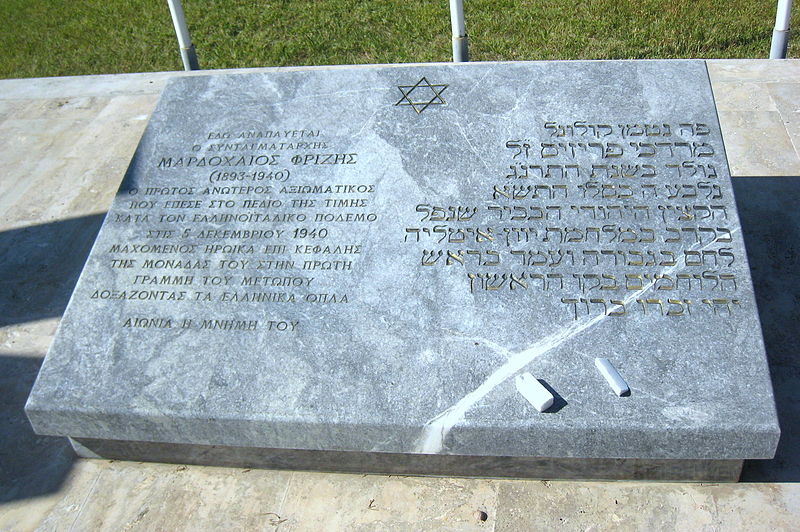 The grave of Colonel Mordechai Frizis, in the Jewish cemetery in Thessaloniki (courtesy of Reuven Frizi, via Wikimedia Commons)

In 2002, his remains were located in Albania and then buried at the new Jewish Cemetery of Thessaloniki. There are memorials in his honour in his hometown of Chalcis, at the Military Museum of Kalpaki (Ioannina), and at the Athens War Museum. Colonel Mordechai Frizis was one of 12,898 Greek Jews who served in the armed forces in the Greco-Italian War.

Read also via Greek News Agenda: Special Issue: The Jews of Greece; The Jewish Museum of Thessaloniki part of the Open House Event; Rethinking Greece: Henriette-Rika Benveniste on the history of Greek Jewish communities and the rise of the extreme right in Europe