The Chapel of Agios Nikolaos Thon repaired to its former glory

Restoration works have been completed on the small round 19th-century chapel of Agios Nikolaos (St. Nicholas) Thon, situated near the junction of Alexandras and Kifissias avenues in the Greek capital. 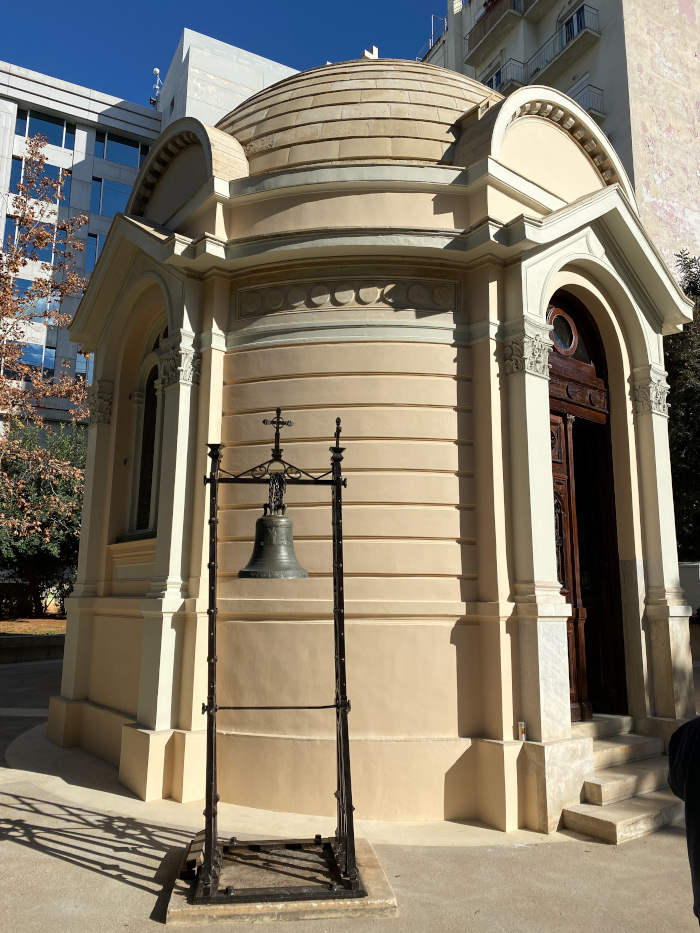 The small rotunda, which had suffered much damage over the years, is all that survives from the "Mon Caprice" mansion which once stood at the site; the impressive estate, of which the chapel used to form part, belonged to Nikolaos Thon, courtier of King George I. Thon was a born in 1850, to a Greek mother and a Bavarian father, who had arrived in Greece as part of the retinue of Otto, Greece’s first king. Thon served King George as intendant of the royal estates, and owned extensive real property. He provided the plot of land on which the Royal Theatre of Greece was built, and served as its first director in 1900.

The Thon mansion was built in the 1880s was built on designs by Ernst Ziller, the most prominent architect of the time. It featured an impressive garden laid out with neoclassicist sculptures and busts portraying important figures such as heroes of the Greek War of Independence, philhellenes and politicians.

The chapel, inaugurated in 1895, was constructed in the garden and –although originally thought to have also been planned by Ziller– was designed by Anastasios Metaxas, the royal architect of George I, whose works include St Andrew's Cathedral in Patras and the modern rebuilding of the Panathenaic Stadium in Athens, ahead of the first modern Olympics. 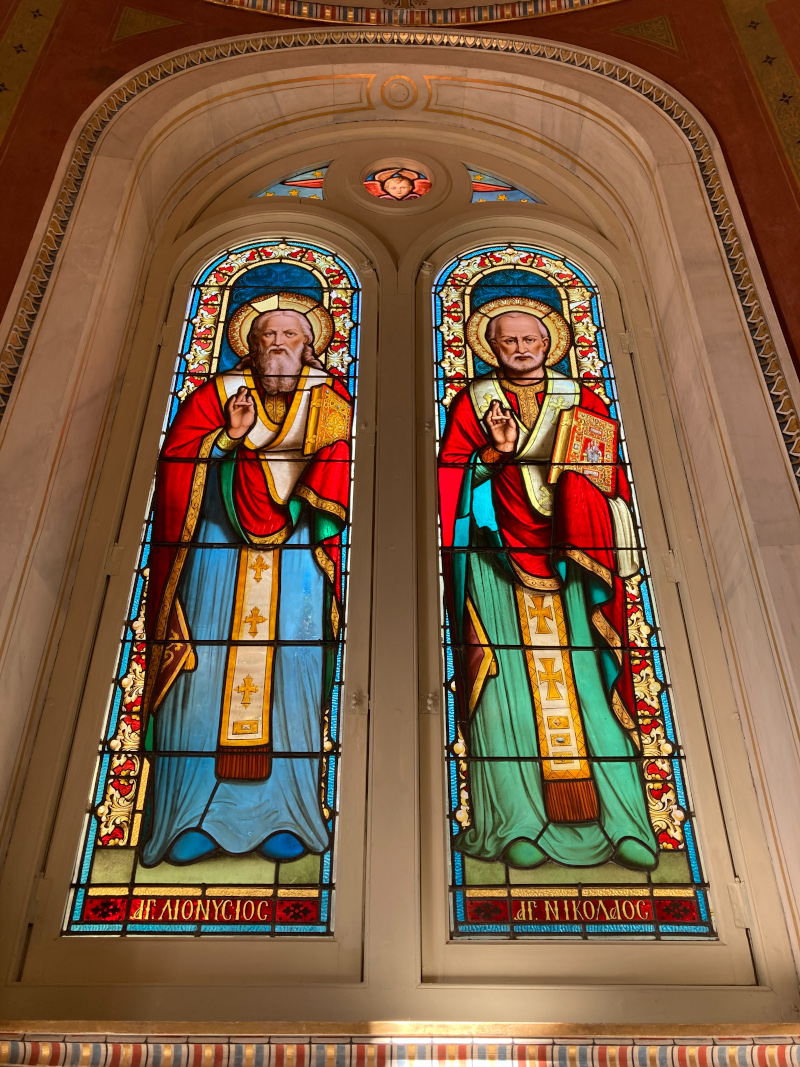 Extensive restoration works have revealed the geometric pattern decorations and al secco murals, including a figure of Christ Pantokrator (Almighty) that adorns the inside of the dome. Maintenance works have been carried out on the wooden iconostasis and the wooden door and window frames, as well as the stained glass windows which Nikolaos Thon is said to have brought in from Russia. The bell tower outside the chapel was also refurbished.

The Villa Thon, which had already come under new ownership in 1921, was destroyed by an explosion in 1944 and demolished in 1947, with nothing but the chapel left to remind it, while large apartment buildings were constructed in the surrounding area. Recent research has in fact located an almost identical church on the island of Salamis, on the estate of the late choreographer Maria Hors.

The rotunda’s restoration, which had been a long-standing demand of the area’s residents, cost 550,000 euros and was funded by the Regional Operational Programme of Attiki 2014-2020. The works were carried out under the supervision of the Ministry of Culture and Sports (Directorate for the Restoration of Byzantine and Post-byzantine Monuments and Directorate of Conservation of Ancient and Modern Monuments).

Originally published on Panorama Griego by C. Peppas and adapted into English by N. Mosaidi

Read also via Greek News Agenda: The Monastery of Daphni: retracing the city's Byzantine past; The historic Sumela Monastery in Trabzon; Kerameikos, the necropolis of Athens