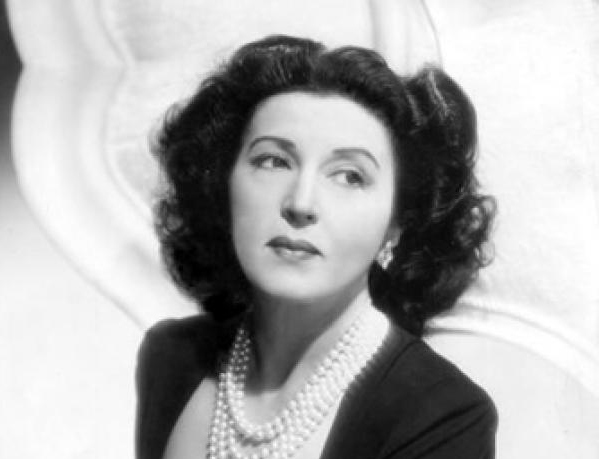 Katina Paxinou (1900-1973) was a legendary stage star, one of the founding members of the National Theatre of Greece in 1932 and the only Greek so far to have received an Academy Award as an actor, which she won for her first performance in a feature film. She has appeared in several international motion pictures and has her own star on the Hollywood Walk of Fame.

She was born Ekaterini Konstantopoulou on 17 December 1900 in Piraeus, the daughter of the prosperous flour mill owner Vassilis Konstantopoulos and Eleni Malandrinou. She studied music and song at the Geneva Conservatory, and also at schools in Berlin and Vienna, and later married the industrialist Giannis Paxinos, with whom she had two daughters. She had her first leading role on the stage of the Municipal Theatre of Piraeus in 1920, in a production of Sister Beatrice, an opera written by the prominent composer Dimitris Mitropoulos.

Paxinou would gradually move away from opera and musical theatre; in 1928 she joined Marika Kotopouli's theatre group, where she met the actor Alexis Minotis, whom she would soon marry, having divorced Paxinos (whose name she decided to keep). As part of Kotopouli’s company, she performed in a Broadway production of Sophocles’ Electra. In 1931, together with Minotis, she joined the theatre cooperative of Aimilios Veakis, starring in productions of important works of the international repertoire, such as Eugene O'Neill's Desire Under the Elms and Anton Chekhov's Uncle Vanya.

In 1932, the former Greek Royal Theatre was re-founded as the National Theatre of Greece; Paxinou, along with Veakis and Minotis, was among the first actors to be included in the official theatre company. Her performances in the National Theatre’s productions established her reputation, while she was also given the opportunity to perform abroad (in London, Frankfurt and Berlin), with her roles ranging from Electra in Sophocles’ eponymous drama to Gertrude in Shakespeare's Hamlet and Mrs. Alving in Ibsen's Vampires.

In 1940 Katina Paxinou became a permanent member of the National Theatre Company. After the outbreak of the Second World War she moved to the USA, where she appeared on Broadway, starring in productions of Ibsen's Hedda Gabler and Sophie by Rose C. Feld and George Ross.

At the age of 42, Paxinou made an impressive film debut in For Whom the Bell Tolls (1943), a Paramount Pictures production, based on Ernest Hemingway’s novel of the same name and starring Gary Cooper and Ingrid Bergman. Paxinou had been approached for the role of the Spanish guerrilla Pilar while she was in New York City for the production of Hedda Gabler. She was cast without a screen test, after speaking on the phone with the film’s director and presenting her ideas for the on-screen portrayal of the character.

She went on to appear in a number of international motion pictures by acclaimed directors, sharing the screen with stars like Charles Boyer (in 1945’s Confidential Agent), Jean Simmons (in 1947’s The Inheritance) and Tyrone Power (in 1949’s Prince of Foxes). Besides her debut, the most notable entries in her filmography include Dudley Nichols’ Mourning Becomes Electra (1947), Orson Welles’s Mr. Arkadin (a.k.a. Confidential Report, 1955) and the 1960 Golden Lion winner, Luchino Visconti’s Rocco and His Brothers, where she plays the mother of the titular character portrayed by Alain Delon.

In 1950, Katina Paxinou returned to Greece and resumed her theatre career, once again joining Alexis Minotis on the stage of the National Theatre, and touring the USA and Europe. She would return to New York in 1951, for a production of Lorca's The House of Bernarda Alba, and again in 1952 to appear in Sophocles’ Oedipus Tyrannus –for which she had also composed the stage music– and in Electra. Paxinou starred in many ancient drama productions in the Theatre of Epidaurus and the Odeon of Herodes Atticus, as well as in British and American television plays, and also made sporadic appearances in some episodes of USA and UK TV series. 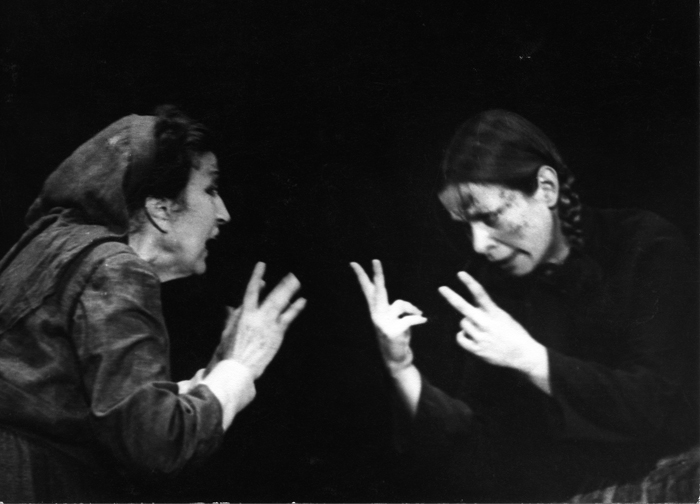 In 1968, following the coup d’état which established the Greek military junta, Paxinou and Minotis formed their own theatre group which performed at the Avlaia Theatre in Thessaloniki, the Diana Theatre in Athens, and later the Cineac Theatre in Athens; their repertory included plays like Sean O'Keefe’s Juno and the Paycock, and Lorca’s Blood Wedding. Paxinou’s last great success was Bertold Brecht’s Mother Courage and Her Children, in the 1971 - 1972 season at the Pantheon Theatre in Athens.

In her lifetime, Katina Paxinou was awarded the Grand Commander of the Royal Order of George I and several other honours and prizes. She is also the only non-Diaspora Greek actor to have been honoured with her own star on the Hollywood Walk of Fame, in 1960. She passed away on 22 February 1973 in Athens, at the age of 72.