Chestnuts: One of Greece’s Winter Delicacies

Chestnuts and the Greek winter are almost synonymous. In fact, a winter sight most loved and ever so familiar to Greeks - one that has inspired painters, novelists and song makers - is the sight of the chestnut-seller (“kastanás” in Greek) sitting next to his portable brazier, having a whole heap of roasted chestnuts ready to sell in paper cornets and a whole heap more roasting. Who could really say no to the tantalizing aroma of roasted chestnuts drifting in the air, inviting everyone to take a break for a scrumptious healthy snack?

Castanea Sativa (as is its botanical name) – namely, the sweet chestnut or just chestnut - is a species of tree in the family Fagaceae, native to Southern Europe and Asia Minor, and widely cultivated throughout the temperate world. It can reach a height of 20-35 meters and requires a mild climate and adequate moisture for good growth and a good nut harvest, while it can live to more than 2,000 years of age in natural conditions. Contrary to the horse chestnut (Aesculus hippocastanum) to which it is only distantly related, this long-lived deciduous tree produces an edible seed, the (sweet) chestnut, which has been used in cooking since ancient times.

It is said that chestnut or the “Nut of Zeus” - as poet Hermippus (5th c. BC) named it in his work “Phormophoroi ("Mat-Carriers") - was held in high regard in ancient Greece. It was actually a delicacy reserved mainly for the elite; they were making honey of it, while it was considered to have numerous therapeutic applications. There are many recipes described in ancient literature and the sweet chestnuts are frequently mentioned in works by ancient Greek writers such as Homer, Xenophon, and Hippocrates.

Dioscorides (40–90 AD) – Greek physician, pharmacologist, and botanist- also confirmed that the sweet chestnut is of high nutritional value with a series of medicinal properties. More specifically - and in contrast to other nuts- the sweet chestnut can be characterized as a starchy nut, low in fatty acids. Therefore, its nutritional value is better compared with that of cereal. The chestnut shows great antioxidant activity due to its high content in vitamin C, which, as it is highly resistant to heat, is maintained in all forms of consumption (raw, boiled, or even baked chestnuts).

It also contains vitamins of the B-complex that are highly beneficial for the proper function of the nervous system as well as the metabolism of nutrients. Additionally, it is an important source of minerals and fibers, which lower blood cholesterol levels. Finally, the fact that chestnuts are gluten-free makes them a very popular ingredient for preparing food without gluten nowadays. 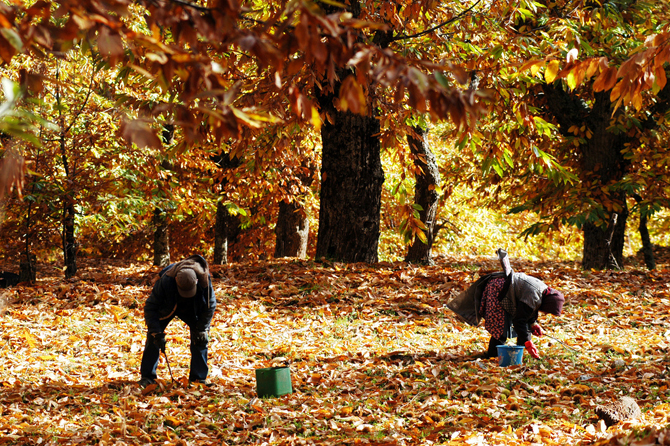 Greece has a strong tradition of cultivating chestnut trees in coppices and orchards. In fact, Greece is among the top 10 producing countries of chestnut in the world, with exports reaching 80% of production; and according to industry players, the interest of food traders in Italy and Germany - among other countries- is enormous, as Greek chestnuts are considered to be of top-tier quality.

Chestnuts grow everywhere in Greece, in Macedonian forests in the north and all the way down to Cretan mountains in the south (approximately 55.000 hectares in total); the new harvest (during the Autumn season) is cause for celebration in many parts of the country. The proud history of chestnuts in Greece is actually celebrated every year with various festivals taking place around the country. Locals in mountainous villages and visitors alike are gathered and savor this valuable winter fruit with a glass of tsipouro or wine. Kastanitsa on the eastern side of Mt Parnon, a picturesque village which has taken its name from the chestnut tree that grows plentifully around the region, is one such example; chestnuts are the most important local produce and the basic source of income for its inhabitants. Like most celebrations in the country, Kastanitsa’s festival - taking place annually since 1983 - was canceled this year due to measures taken all over Greece to reduce COVID-19 transmission. 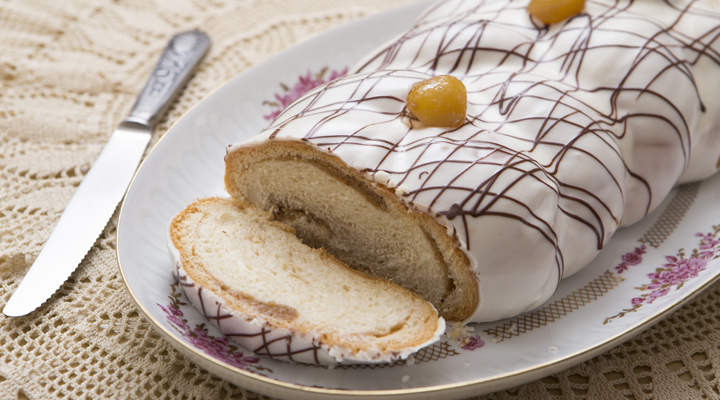 The pandemic may have changed the way people celebrated this year’s chestnut harvest, but it did not prevent it from being completed, so everyone gets a chance to enjoy this culinary delight that will bring warm feelings to their heart! You can try chestnuts on their own, roasted, boiled, or baked in the oven, or use them in a variety of winter recipes so as to add a unique flavor to your culinary pursuits. Although they are the perfect accompaniment to pork and poultry, the Greek traditional confectionery is where they are mostly used in. Enjoy them as a spoon sweet, in jams and spreads, while you will certainly love it in cakes such as tsoureki or vasilopita (Greek New Year’s cake).