Destination: Journey. Around the world with the tribute of the 23rd Thessaloniki Documentary Festival

Journey:  the act of travelling from one place to another; often used figuratively. As Covid has made the journey a distant memory, the 23rd Thessaloniki Documentary Festival sets the journey itself as its destination and organizes a large and exciting tribute, titled Destination: Journey. The films of the tribute will be screened in March (March 4 – 14, 2021), during the online 23rd TDF, on the Festival’s online platform, for viewers all over Greece.

At a time when travelling has transformed from a quest into an existential confirmation, the Festival, through 19 documentaries and two fiction films, explores the contemporary notion of travelling and our relationship with it. The pandemic has led us back to basics, making our need for exploration more urgent than ever. The films of the tribute explore this need, taking us from India to Alaska, to non-stop train stations and bus stops, from Tel Aviv to near-fraudulent parts of the world, such as Patagonia and Greenland. At the same time, the films follow internal paths, with memories, faith, humanity, our relationship with others and with ourselves serving as a compass.

The tribute will be accompanied by a bilingual special edition, in which artists and academics approach different aspects of the journey. The edition will be available from the Festival’s e-shop, as well as in bookstores, in collaboration with Nefeli publications.

The films of the tribute: 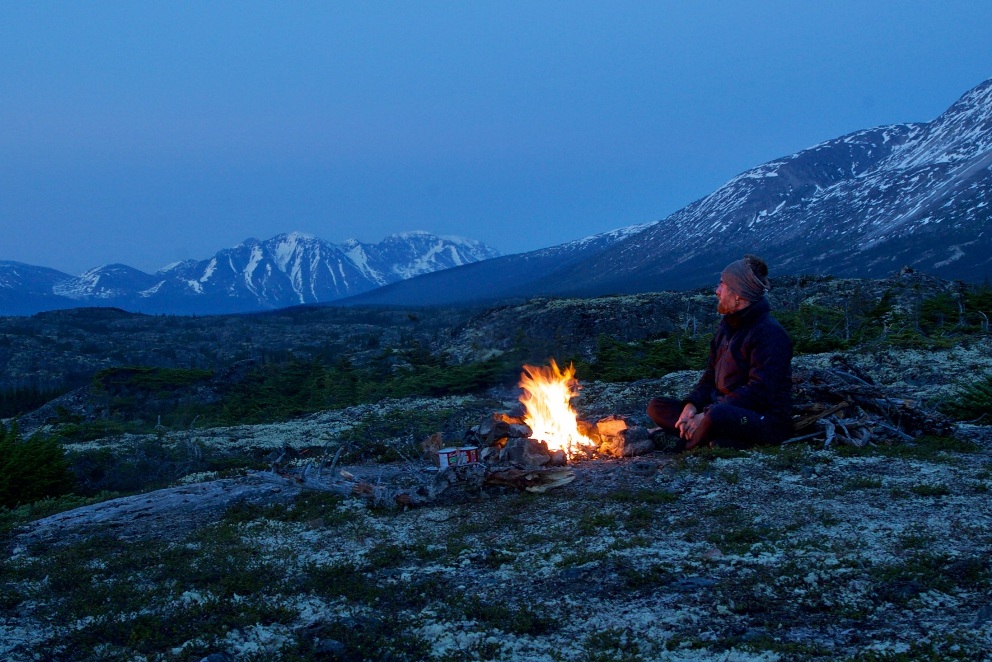 Paolo Cognetti is an Italian writer. The documentary explores the relationship between mankind and wilderness, in a long trip that will take Paolo through British Columbia, Yukon, Alaska, meeting people who are currently living in the woods. This lifetime adventure will end on the Stampede trail in Alaska, all the way until bus 142, where Chris McCandless (whose life inspired the film Into the wild) reached the final stage of his lifetime spiritual search and journey.

In this documentary by great filmmaker Sergei Loznitsa, people sleep, waiting in a station in the middle of nowhere a train that never comes. Journey as anticipation for something that never happens.

If I Had Four Camels

Comprised by photographs shot by Chris Marker, during his travels to 26 countries, the documentary “If I had four camels” is both a journey and a meditation on human nature, on the great events that shake the planet and on the beauty and difficulties of life. 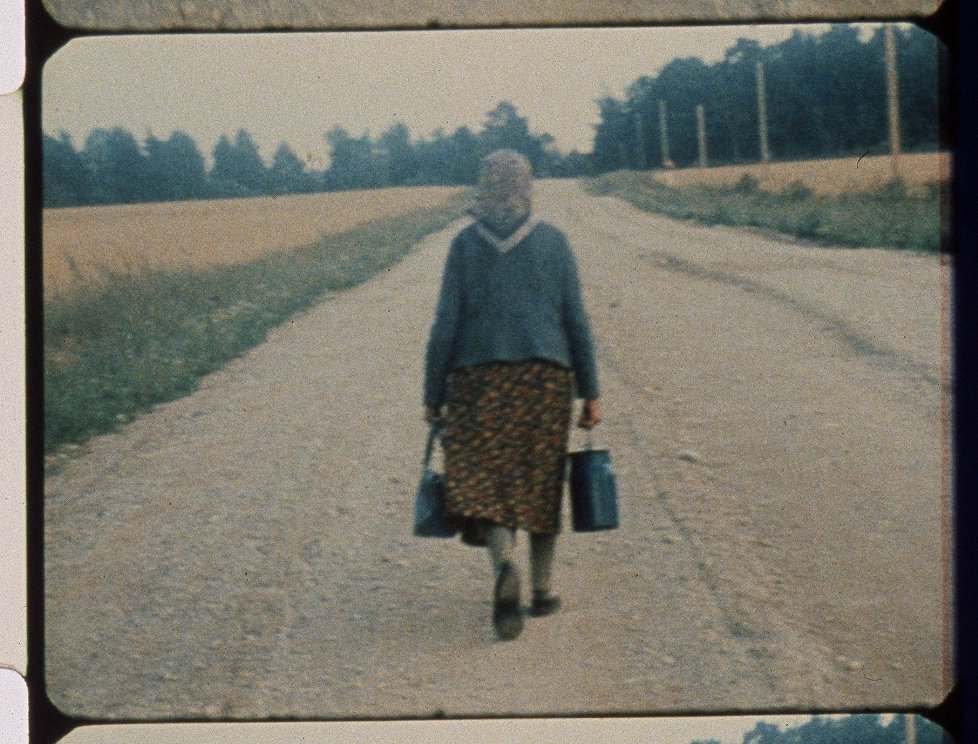 Reminiscences of a Journey to Lithuania

Shot by the legendary filmmaker and poet Jonas Mekas, the documentary is a cinematic journal by the director himself. The film focuses on the return of Mekas to his home country. In 2006, the Library of Congress included “Reminiscences of a Journey to Lithuania” to the National Film Registry, for its cultural, aesthetic and historical significance.

Nomad: In the Footsteps of Bruce Chatwin

A loving tribute to the charismatic writer Bruce Chatwin by his friend, acclaimed director Werner Herzog. Having with him Chatwin’s backpack, Herzog travels the globe (from Greece to Patagonia to Ghana), following the footsteps of a man, who -as himself- loved nomadic life. 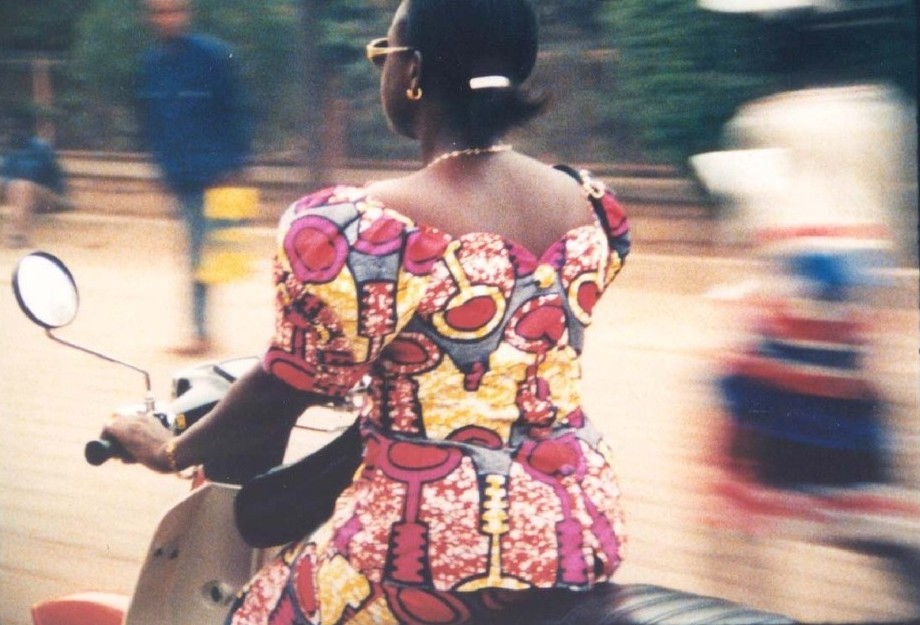 When the director finds out that he has cancer, he decides to do what he loves more: travel and shoot. Wanting to find out more about the therapeutic approaches in Eastern and Western culture, he travels to different parts of the world and uses poetic narration to talk about himself and his life.

A three-hour trip across countries and cultures, interconnecting people, places and times. Peter Mettler sets out on a journey that includes evangelism at the

airport of Toronto, demolition in Las Vegas, tracings in the Nevada desert, chemistry and street life in Switzerland, and the coexistence of technology and divinity in contemporary India. A reflection on what gives meaning to our life.

Chantal Akerman, one of the most important European directors in the post-Nouvelle Vague era, talks about her everyday life, her family, her Jewish identity, recalling, at the same time, her childhood. The documentary takes the form of a diary and takes a look at the thoughts of the director, who ended her life in 2015, at the age of 65. “Down There” was nominated for a César Award.

Of Time and the City

An essay and a homage to the city in which the director was born and raised – working-class Liverpool – it is also a repository of memory and a meditation on the experience of losing one’s sense of space and place down the years. A visual poem which draws on the first 28 years of Davies’ life in Liverpool until his departure in 1973. The film is a highly personal portrait of Liverpool which gets beyond the Beatles and the legendary football team. It is a film in which youthfulness and inspiration intertwine the director’s life story with that of the city he called home.

In honor of their deceased mother, Jamama Lal, whose legs have been paralyzed, set out from India for a pilgrimage from the river Ganges to the holy town of Haridwar in the Himalayas, covering a 6,000 kilometres route. In seven chapters, this journey is a portrait of the inner strength of human and of the religious practices in India. 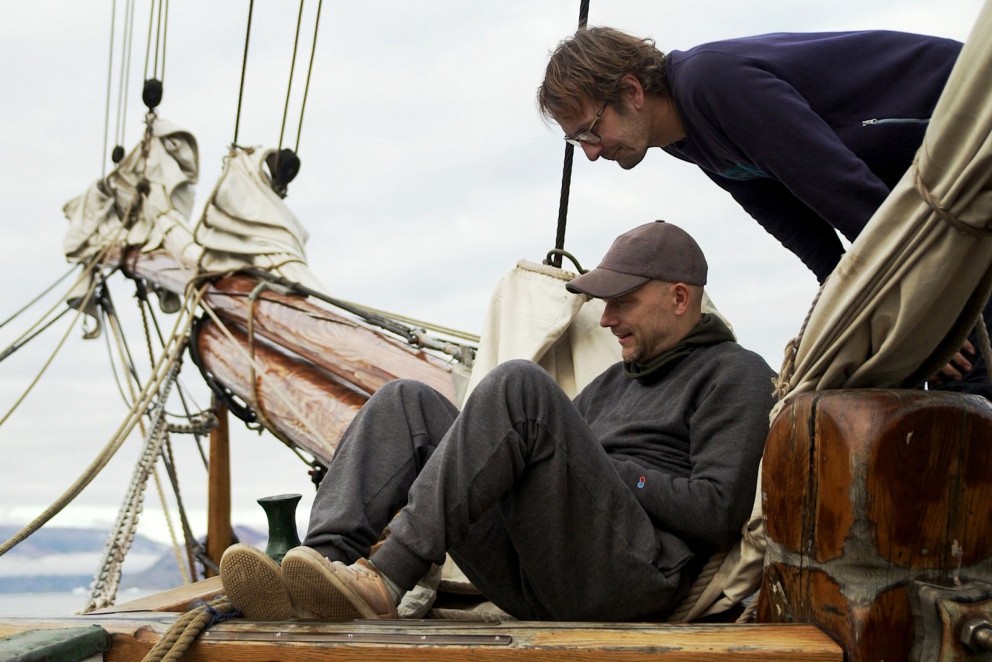 Expedition to the End of the World

A real adventure film – but in a very modern sense. On a three-mast schooner, aboard with artists, scientists and ambitions worthy of Noah or Columbus, we set off towards the end of the world; in this case, the rapidly melting ice massifs in Northeast Greenland. An epic journey, during which the crew – which ranges from artists to geologists and astrobiologists – discovers new species, faces unexpected challenges and addresses a number of questions of a fundamental existential nature. Curiosity, great pathos and a liberating splash of humor come together in the documentary, which takes us far beyond and deep into the historical footnote that is humanity.

Combining fiction and documentary, Robert Kramer’s film presents a mosaic of attitudes in America in the 1980s toward issues such as race, religion, and history. The film describes the director's journey from the Canadian border in Maine to Florida Keys. With him is Doc (played by activist Paul McIsaak), a man returning from Africa to the United States.

Four strangers wait for a bus that never comes at a stop located close to a major, busy highway intersection. Following in the footsteps of "Waiting for Godot", the film is not about what you expect, but about the relationships that develop when you are waiting… 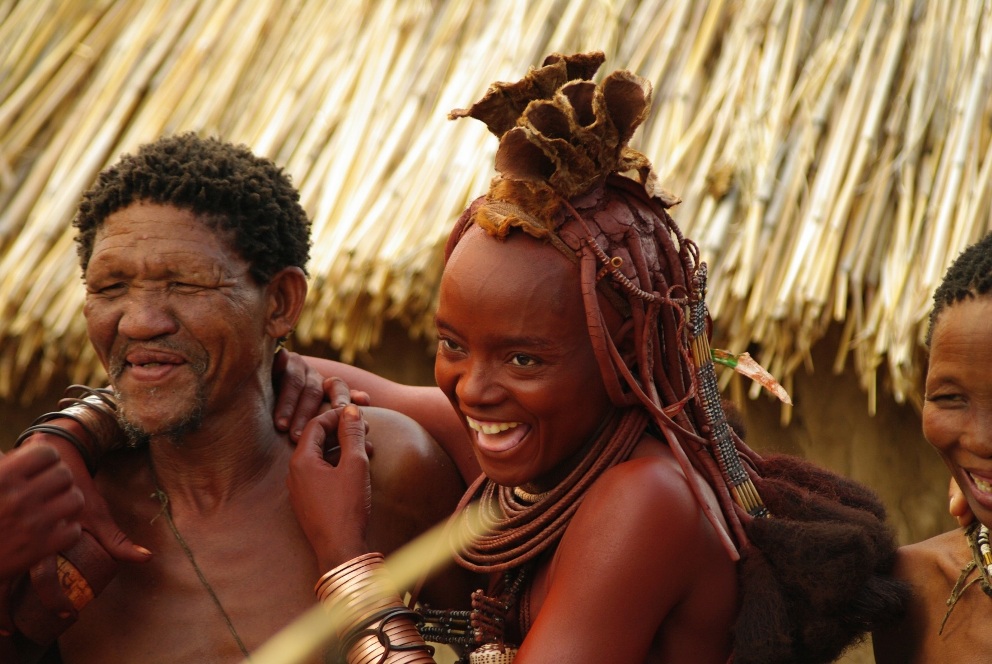 One of the most ancient cultures on our planet is undergoing a major change. The Ju/Hoansi Bushmen in Namibia are not allowed to hunt anymore and need to converge with our so-called “civilized” lifestyle. For the first time, the Ju/Hoansi Bushmen travel through the Kalahari and then right into the heart of Europe. What starts as a look at their fascinating culture becomes an even more fascinating look at our Western lifestyle. A warm and humorous reflection of our habits through the eyes of people who are about to give up their million-year-old traditions.

Α feature documentary film that follows unaccompanied child migrants on their journey through Mexico, as they try to reach the United States. These are children like Olga and Freddy, nine-year-old Hondurans, who are desperately trying to reach their parents in the United States; children like Jose, a ten-year-old El Salvadoran, who has been abandoned by smugglers and ends up alone in a Mexican detention centre; and Kevin, a canny, streetwise fourteen-year-old Honduran whose mother hopes that he will reach the US and send money back to her. These are stories of hope and courage, disappointment and sorrow.

Berlin’s historic defunct Tempelhof Airport remains a place of arrivals and departures. Today its massive hangars are used as one of Germany’s largest emergency shelters for asylum seekers, like 18-year-old Syrian student Ibrahim and Iraqi physiotherapist Qutaiba. As they adjust to a transitory daily life of social services interviews, German lessons and medical exams, they try to cope with homesickness and the anxiety of whether or not they will gain residency or be deported. The documentary deals with the refugee crisis in a different way, building the portrait of a city within a city, but also of a European society in a state of emergency, caught between crisis and utopia.

When the Taliban regime puts a bounty on Afghan director Hassan Fazili’s head, he is forced to flee the country. Exposing the absurd brutality that drives a family to a life on the run, this touching autobiographical documentary captures the uncertain journey of those who have no choice but to travel by night. Away from the homeland, refugees are led to a life in hiding, seeking asylum, struggling to survive.

The documentary chronicles the first meeting of Papua New Guinea's mountain tribes with Australian gold diggers in the 1930s at a moment they had no contact with the outside world and filmed them. Fifty years later, the directors visit them, showing them the shots and photographs taken at the time, and interviewing the living brothers and natives who were present then. They present this contact differently. A unique documentary about the first meeting between people from different cultures. 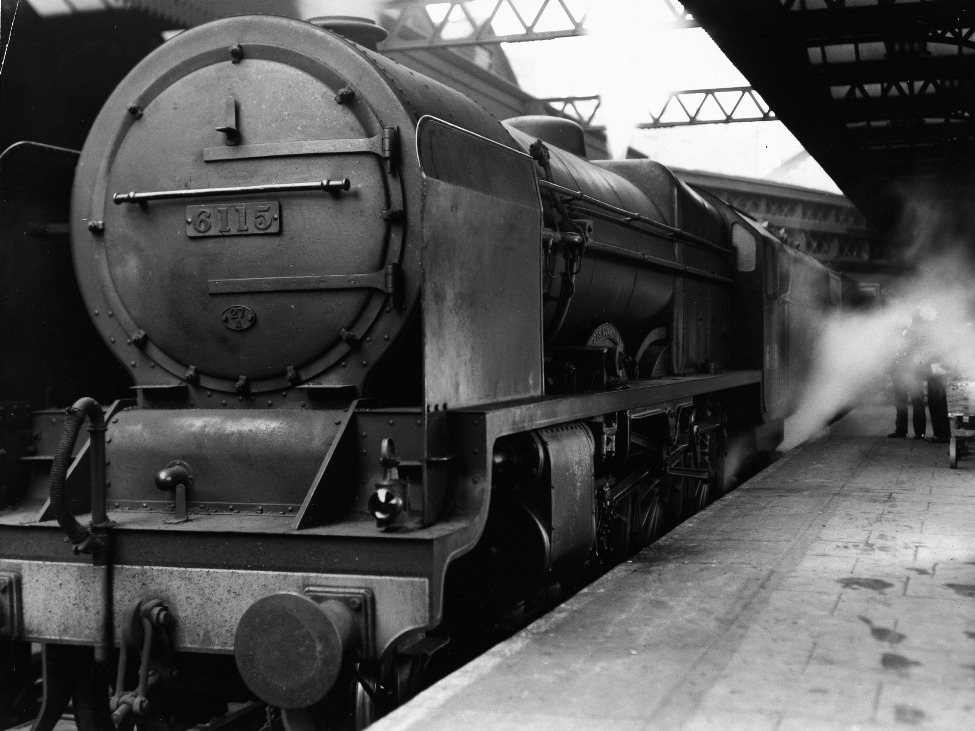 Filmed in 1936, the documentary is one of the most important films of the British post-cinema unit, GPO Film Unit. “Night Mail” chronicles the night train journey from London to Glasgow. A poetic documentary depicting the British landscape. The images are beautifully accompanied by the music of composer Benjamin Britten and the lyrics of the British poet Wystan Hugh Auden.

Travels in the Congo

In 1925, young filmmaker Marc Allégret accompanied his partnerAndré Gide to French Equatorial Africa, Congo. The documentary, just five years after Nanook of the North, is comprised of images from the 11 months that the director spent there. The director's goal was to immerse the spectators "just like us, in the atmosphere of this mysterious country". 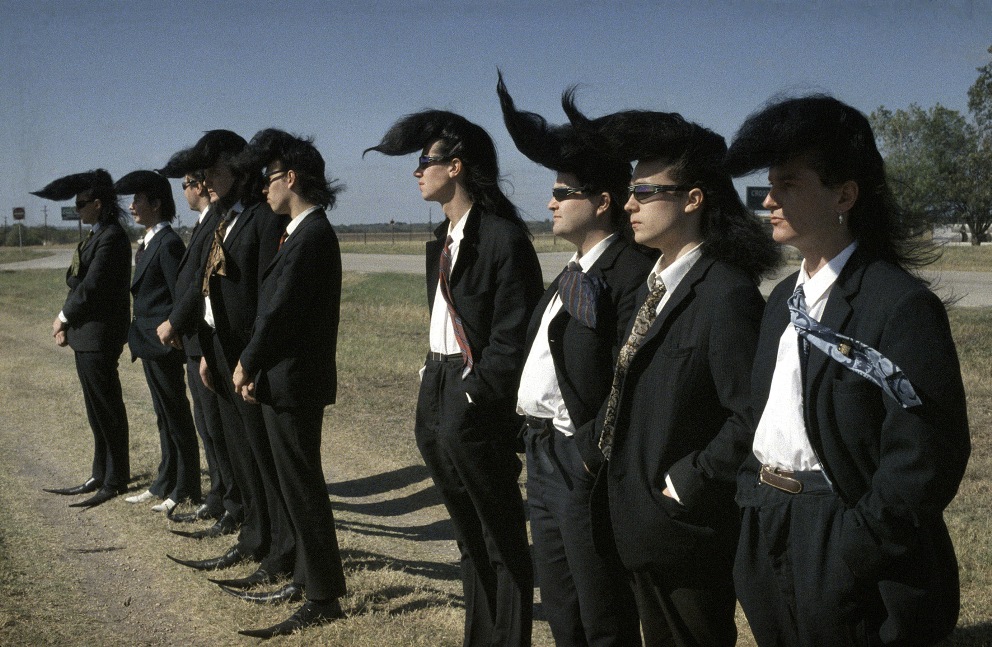 Somewhere in the tundra, in no man's land, lives the worst rock ’n’ roll band in the world, an outfit with no audience and absolutely no commercial potential. And so, they decide to bury their national sentiments and go to the United States. This film is the story of their journey over the ocean and through the continent, a story of seamy bars and honest folk in the backyards of the Hamburger Nation. Ugly actors, good feelings!