Athens might be a bustling, vibrant capital, but it’s easy to get some nature therapy in numerous parks and green spaces that give a daily breath of oxygen to the city’s millions of inhabitants. Some of them, such as the National Garden of Athens (located in the city’s historical center), are more widely known than others; for the lesser-known green hideaways, you just have to know where to look, as they are split into the dozens of different neighborhoods of Greece’s sprawling capital. 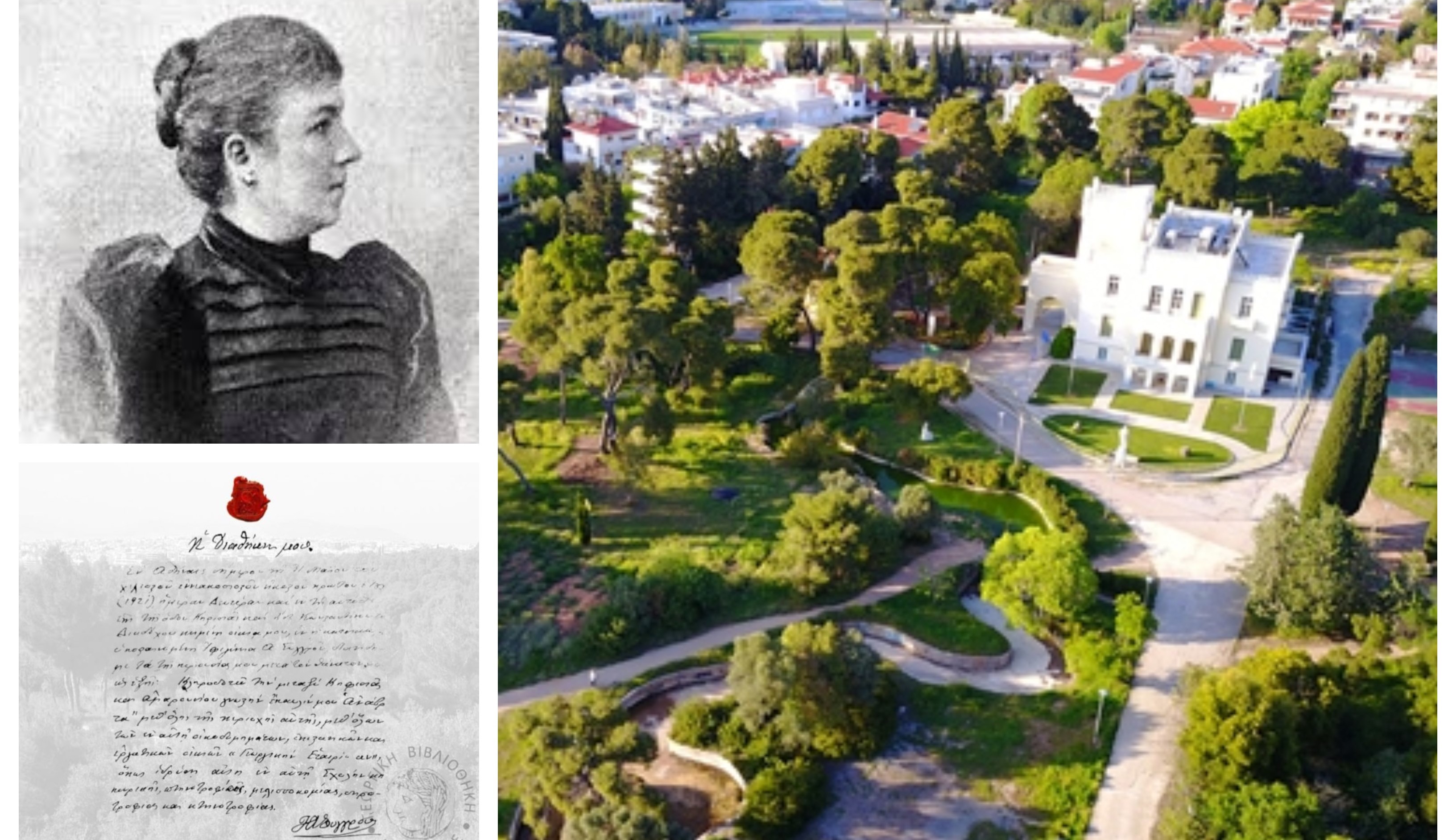 One such example is the Syngrou Estate, also known as the Syngrou Grove, which was bequeathed, in 1921, to the then Greek Agricultural Society by the country’s national benefactress and wife of Andreas Syngros, Ifigenia Mavrokordatou – Syngrou (1842-1921). On the occasion of the 100th death anniversary of one of Athens’ leading female figures in the health/welfare sector and education – who had served for years as president of the Evangelismos Hospital, as well as president of the Amalieion Orphanage and the Junior Education Association Board of Directors - Greek News Agenda takes a closer look at Athens northern suburbs’ hidden gem where nature meets history.

The Syngrou Estate is extended in an area of 950 acres bordering the municipalities of Maroussi, Kifissia, and Melissia; about 700 acres of the Estate is covered by the Syngrou Forest which is one of the last natural forests in Athens. Thus, it constitutes an “oasis” for the residents of Athens’ northern suburbs as it is a place of rich flora and unspoiled beauty; it consists mainly of Aleppo pines and cypress trees, but also of meadows and olive/fruit orchards, while one can also find numerous rare plants- even wild orchids in December. 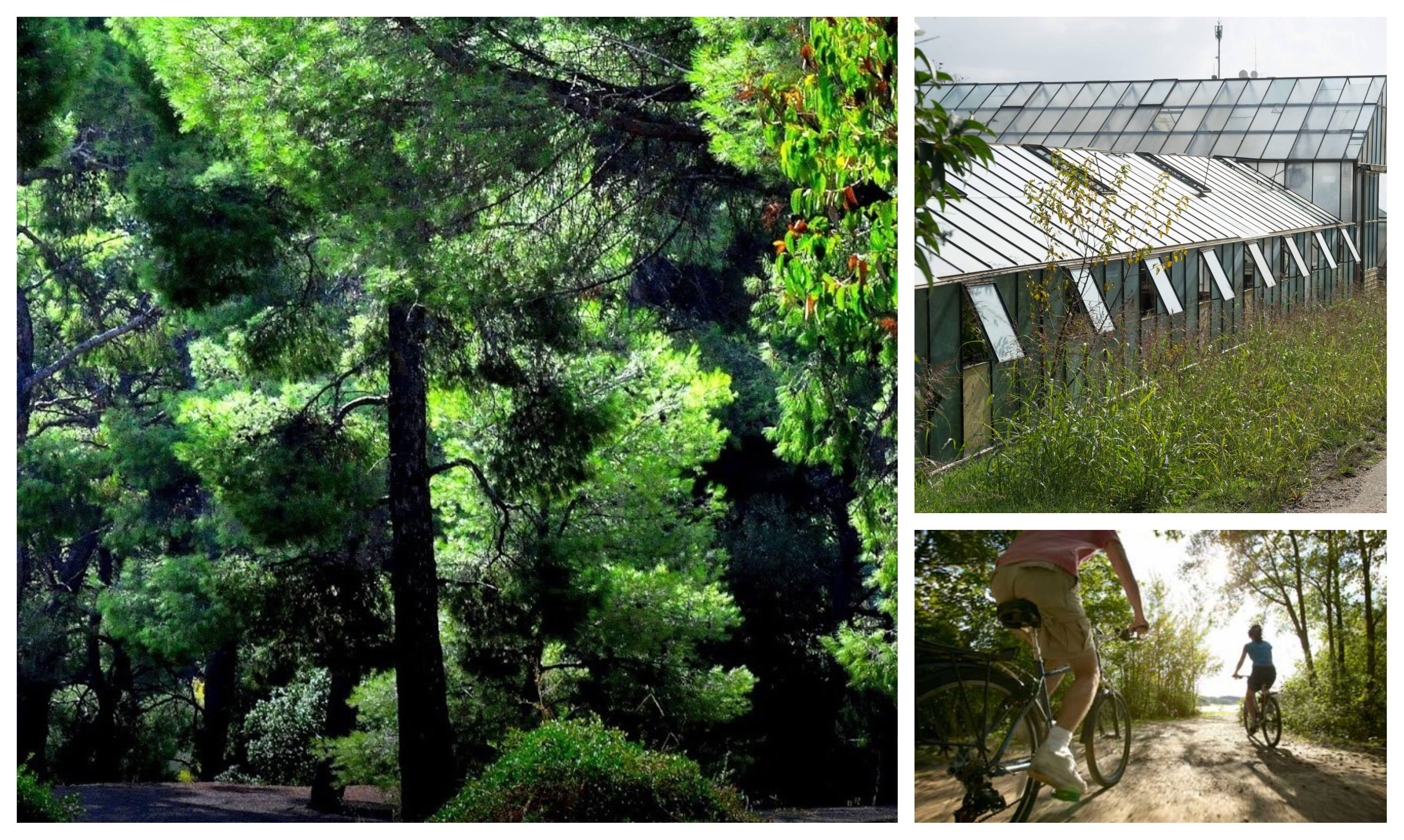 As John Tomkinson writes in his book 'Athens, The Suburbs': “[...] there is still one place where the solitary walker may successfully imagine himself in a forest rather than a city suburb.” At the same time, the Syngrou Estate is a paradise for sports lovers as there are numerous tracks for jogging, rollerblading, and cycling, including a 6 km perimeter trail; there is also a football pitch and playground facilities for children, as well as many spots to relax or have a picnic.

Approximately 200 acres of the Estate are reserved for agricultural use. In fact, Ifigenia Mavrokordatos – Syngrou’s will was for a school of gardening, apiculture, sericulture, and livestock to be established with the mission to train agronomists and gardeners. Since 1988, the Estate’s administrator is the Institute of Agricultural Sciences (I.A.S), a public entity of the Rural Development & Food Ministry. According to the Institute’s mission, a series of educational activities (seminars, conferences, and workshops) are organized and dozens of greenhouses, olive groves, vineyards, apiaries are maintained in the Syngrou area; moreover, special mention should be made to the Institute’s Agricultural Library and Beekeeping Museum, the only museum in Greece that hosts such rare hives from all over the country. 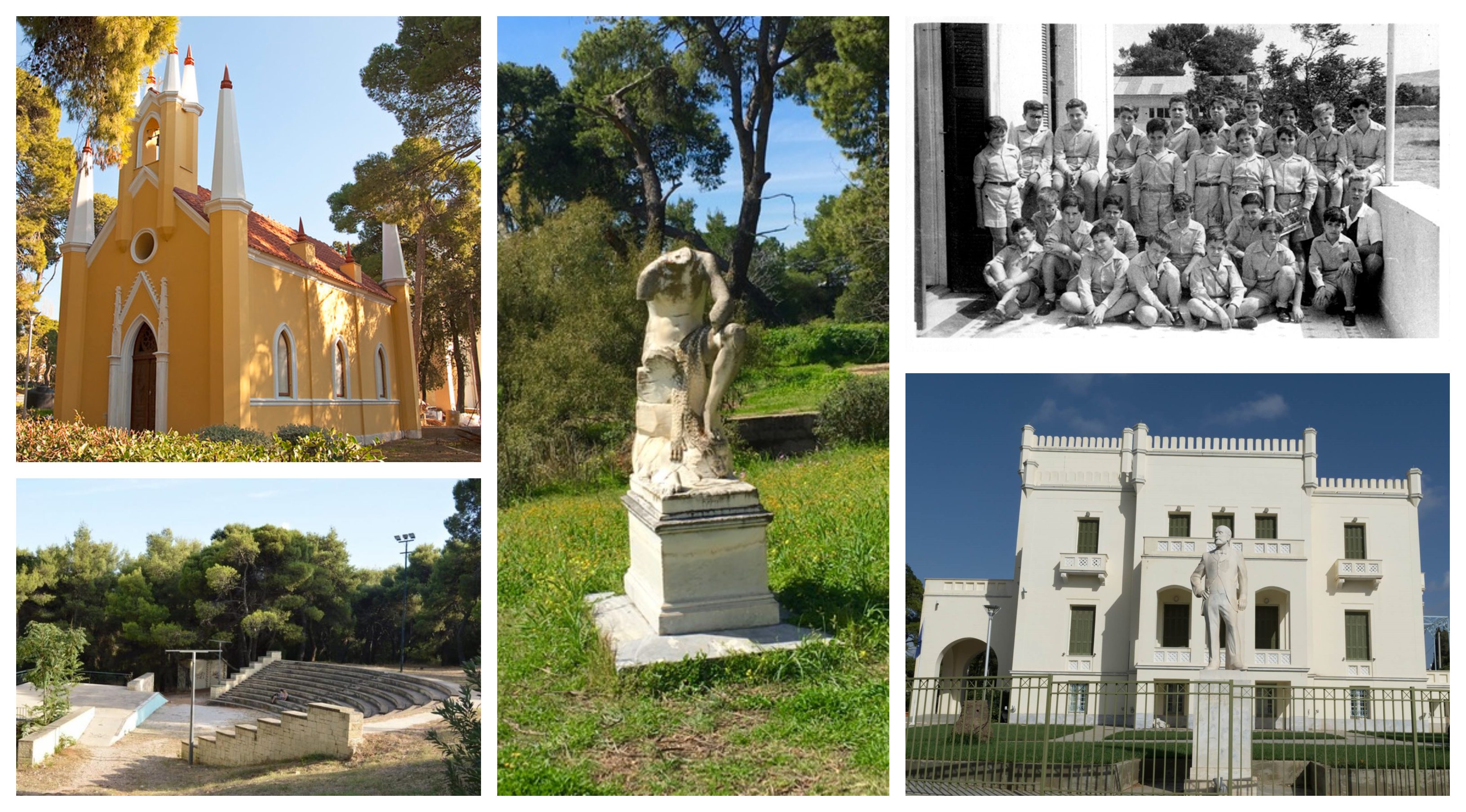 The Syngrou Estate also “hides” cultural and architectural treasures to be discovered. An area of archaeological interest since prehistoric times, the Estate hosts the chapel of St Andrew, the only Orthodox gothic style temple in Greece whose renovation was completed in 2007, as well as the impressive villa/tower of the Syngrou family, in front of which stands a full-length statue of Andreas Syngros.

Both of the buildings were designed by architect Ernst Ziller, student of Theophil Hansen, an outstanding representative of Neoclassicism who became particularly well known for his structures in Athens, including the Syngros Mansion in Athens (now seat of the Ministry of Foreign Affairs), as well as the National Observatory of Athens and two of the three contiguous buildings forming the so-called "Athenian Trilogy" . Last but not least, the Syngrou Estate is home to an open-air theater which regularly hosts concerts and theatrical performances, as well as the premises of the National School of Anavryta, one of Athens’ model public schools, with a 70-year long history and a solid reputation for academic excellence.

Watch videos: The History of the Agricultural Sciences Institute and The Tower of the Syngrou Estate

Read also on GNA: Pedion tou Areos – A park dedicated to the heroes of the Greek Revolution of 1821; Architect Ernst Ziller and his rich legacy in Greece; Arts in Greece | The First Cemetery of Athens, an open-air "museum"; Greece's UNESCO Global Geoparks