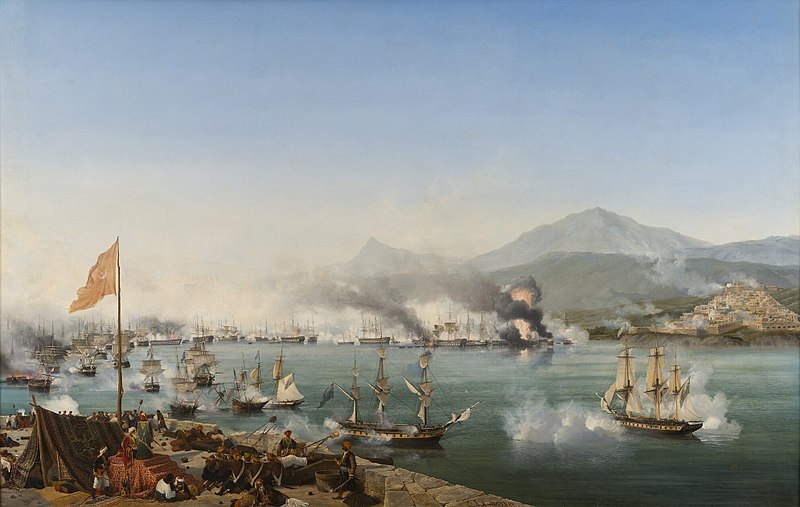 In the year 2021, Greece celebrates the Bicentenary of the Greek War of Independence, the Greek revolution against Ottoman rule, which led to the establishment of the Modern Greek state. The official celebration of the Greek Revolution of 1821 takes place on 25 March (one of the two national holidays of Greece), coinciding with the Feast of the Annunciation, since that was the day when the War of Independence was declared, according to oral tradition.

Ahead of the 25 March 2021 celebrations, many Foreign Embassies and institutions in Greece have announced their programmes and initiatives to commemorate the Greek Revolution bicentenary. 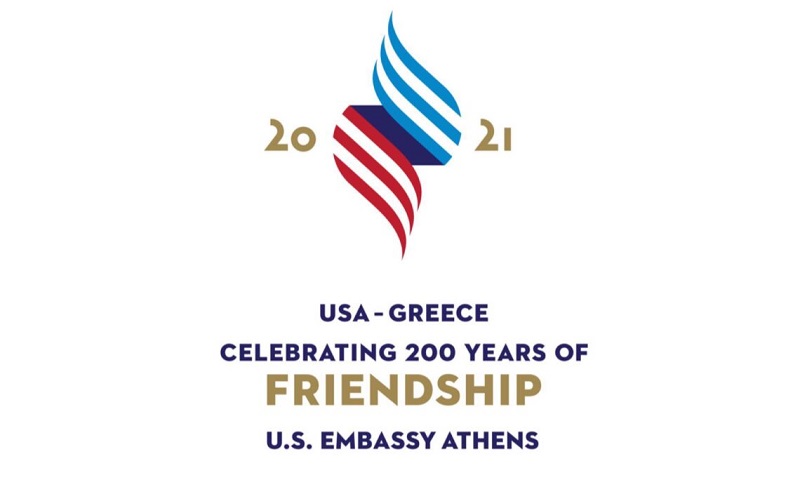 The United States Embassy in Athens has launched a year-long campaign, under the title "USA & Greece: Celebrating 200 Years of Friendship"highlighting the historic relationship between the two countries as well as their present and future partnership, illustrating the role of American Philhellenes in the Greek Revolution, but also putting emphasis on the contemporary strategic partnership between the two countries in the fields of education, research and digital technologies.

Throughout 2021, the US embassy will fund several programmes, partnering with Greek and American civil society, educational, and arts institutions. The planned events include:

The special exhibition "The American Philhellenism" at the newly established Museum of Philhellenism in Athens, featuring unique artefacts and historical documents capturing the birth and evolution of Philhellenism, US support for the Greek Revolution, and the impact of Greek culture on the values, institutions, artistic and architectural expressions in the US.

The exhibition "The Free and the Brave: American Philhellenes and the Glorious Struggle of the Greeks (1776-1866) " at the Gennadius Library, American School of Classical Studies at Athens, exploring the movement of Philhellenism that flourished in the U.S. in the 19th Century, influenced by Greek classical thought and democratic ideals.

An online report and seminar at the Delphi Economic Forum titled "Greek Fire" on the lasting impact that the Greek Revolution has had on American culture and politics, and more.

The programme also includes scholarships towards the establishment of an American Studies curriculum at a Greek university.

In a video message posted on the occasion, US Ambassador Geoffrey R. Pyatt stated that "the struggle for independence motivated early Americans to rally behind the Greek cause of democracy and self-determination.  As the inheritors of ancient Athenian traditions, American Philhellenes believed they had a civic duty to help Greece reclaim its birthright of democracy". 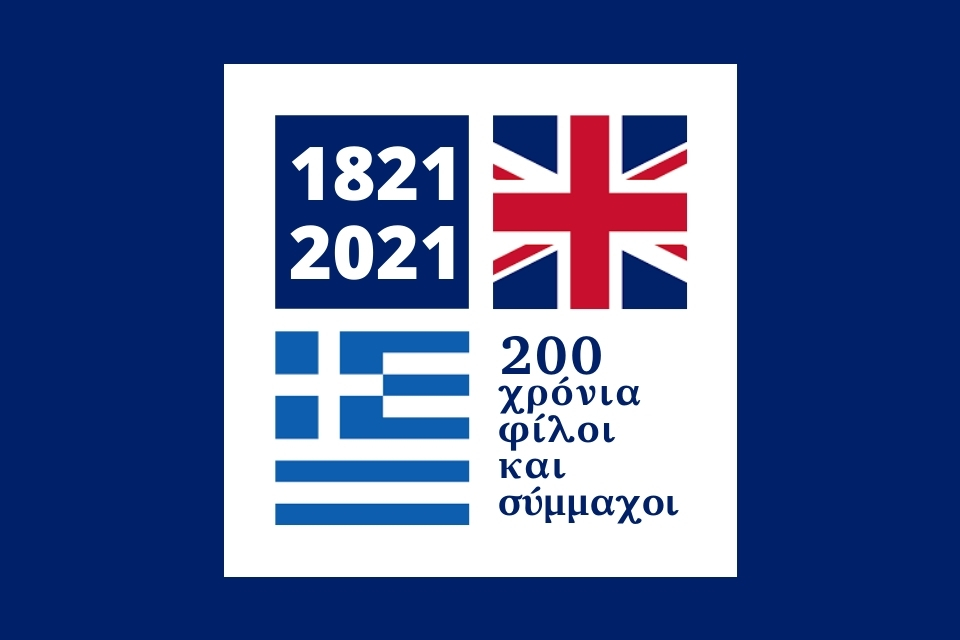 The British Embassy in Athens has also announced its programme in celebration of the bicentenary of the Greek Revolution marking Britain's contribution to the Greek Struggle.

British Ambassador Kate Smith, who presented the programme, explained that the activities planned aim to commemorate the shared history between the people of Greece and the UK, but also look to the future.

"Of course it was Greece’s revolution, and a triumph for the Greek people and its leaders. But we Brits too want to commemorate the thrilling events of 200 years ago, and the supporting role that Britain played – through the inspirational contribution of Byron and the London Greek Committee, the diplomatic dexterity of Lord Canning, the Royal Navy’s role in the struggle at sea that culminated in Navarino", stated Ambassador Smith.

The British Embassy will host throughout the year a new series of lectures – titled "The 2021 Lectures" – Britain, Britons and the Greek Revolution" via an online partnership with the newspaper To Vima. The talks and texts will be freely accessible to all. 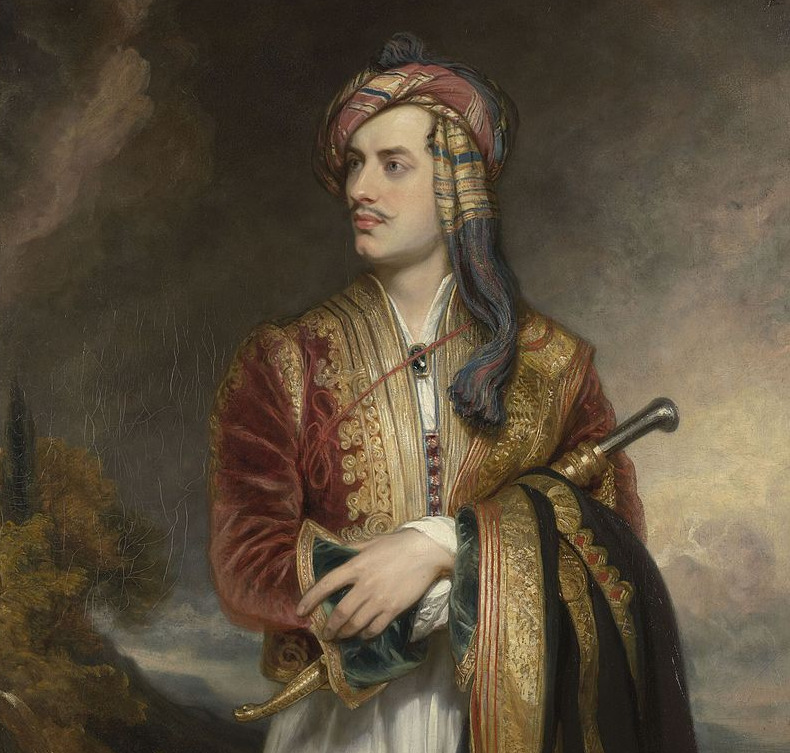 It was also announced that the British Navy’s flagship HMS Queen Elizabeth will pass through Greek waters as a show of solidarity with Greek armed forces and the two-century alliance between the two countries. Additionally, to honour the memory of Lord Byron, arguably the world’s most famous Philhellene, Great Britain lends the poet’s portrait by Thomas Phillips to the Benaki Museum for their "1821 Before and After" exhibition at the Pireos annex.

Ambassador Smith explained that youth is at the heart of the programme "alongside the guiding spirit of the Philhellenes: volunteerism" adding that the "soldiers, sailors, writers, administrators, doctors and journalists, adventurers of all types, who came to Greece in the 1820s and 1830s including from Britain were extraordinary individuals for many reasons. But especially because they were all volunteers".

Hence, hoping to channel that spirit of activism and personal responsibility into direct action to tackle today’s shared challenges, the Embassy will work to "develop capacity and capability in today’s UK and Greek not-for-profit and voluntary sectors, training future leaders, and bringing young Greeks and Britons together on Greek soil, to work for a more inclusive and sustainable future". 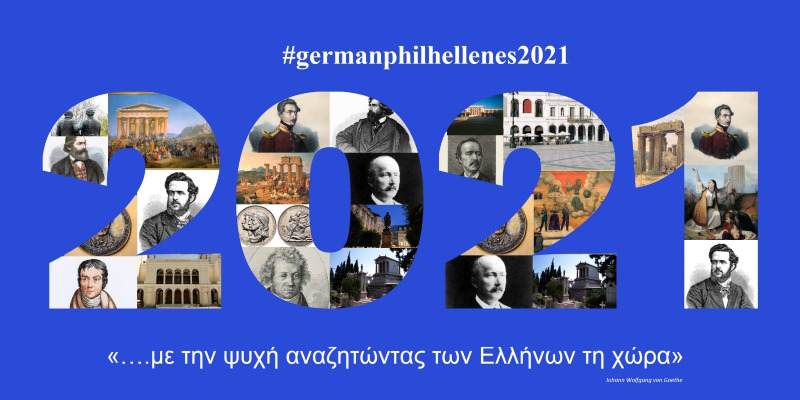 The German Embassy in Athens has launched an initiative on its social media in celebration of the bicentenary of the 1821 Greek War of Independence by highlighting the history of 21 important figures of German philhellenism.

According to the Embassy’s Press Release, not many Greeks are aware that, of the approximately 1,200 Philhellenes who arrived in Greece from the European North and West after 1821 to support the Greek Revolution, Germans constituted the vast majority, while the majority of the foreigners who died or were killed during the Greek liberation struggle were also from Germany. This relationship was not one-sided, as the Greek Revolution was also a source of inspiration for public debate and aesthetics in Germany, and influenced the creation of a national feeling among Germans. 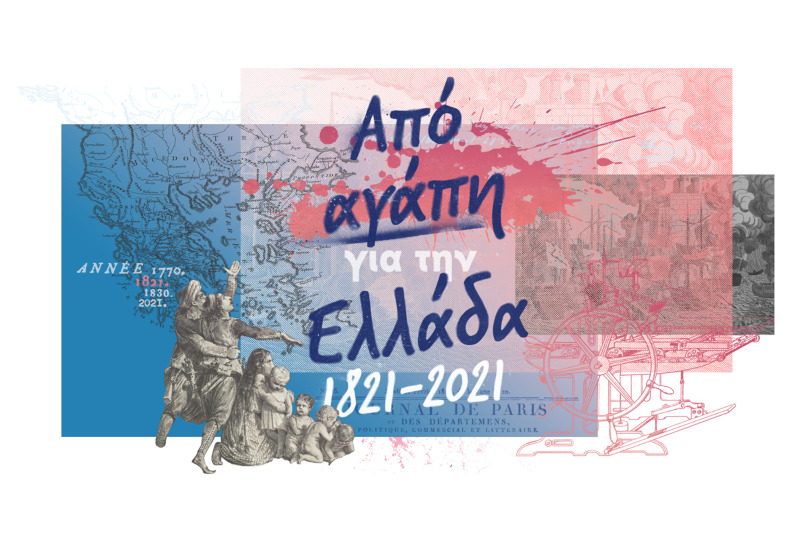 The French Institute of Greece has planned a number of educational and cultural activities, spanning the entire year, on the occasion of Greece’s bicentennial celebrations, under the general headline "France - Greece: 200 years of Franco-Hellenic friendship and partnerships".

The French Embassy and French Institute will commemorate the Greek Revolution placing emphasis on the lasting ties between the peoples of Greece and France, and the rich history of French philhellenism. The Greek insurgents were deeply inspired by the spirit of the French Revolution while the Greek struggle for independence has, in its turn, served as a source of literary, artistic and sometimes political inspiration for the French, as evidenced by works such Victor Hugo's famous poem "L'enfant" and Eugène Delacroix's painting The Massacre at Chios.

The virtual exhibition La Grèce, par amour ("Out of love for Greece", online since 8 March 2021), designed in partnership with the National Library of France (BnF) and its press site Retro News, reveals the dynamics and scope of the philhellenic movement and is based on over 100 visual aids, such as newspapers, books, drawings, posters, paintings, correspondence, maps, plays, paintings, etc. from the archives of the BnF, the National Museum of Athens, the Library of the Greek Parliament, the Louvre Museum and other institutions.

A cartoon competition (15 May – 15 November 2021) is organised in partnership with the BnF and the National Historical Museum of Greece; the French Institute invites the public to create their own comic strips or "memes" dedicated to 1821, through an innovative free online application.

The French Institute also collaborates with the Greek Film Archive to host "Greece – France: Cinematic meetings", a vast retrospective dedicated to the common cinematographic history between the two countries; it will be officially launched as part of the 21st French Film Festival in April, where Greek film directors will present French films that have touched and inspired them.

The Institute will also host educational programmes, where high-school students will be able to participate in online group projects with Greek and French educational partners, exploring the cultural ties between the two countries since the time of the Greek Revolution.

The Russian Embassy in Greece has also announced that, on the occasion of the bicentenary of the 1821 Greek War of Independence, and in the framework of the Russian-Greek Year of History 2021 under the auspices of President Vladimir Putin and Prime Minister Kyriakos Mitsotakis, it will honour the literary aspect of Philhellenism, by frequently posting on social media verses (in Greek) by famous Russian poets of that period, such as Alexander Pushkin, Wilhelm Küchelbecker and Kondraty Ryleyev, who were animated by philhellenic sentiments and praised the uprising of the Greeks against the Ottoman yoke.

The Embassy also posts features on important figures of the Greek struggle who had connections with Russia or Russian personalities, such as Governor Ioannis Kapodistrias (former Foreign Minister of Russia) and Naval Commander Laskarina Bouboulina.

Read also via Greek News Agenda: USA & Greece: Celebrating 200 Years of Friendship; “Greece 2021” | The celebrations for the 200th anniversary of the country’s Independence War; Antiquarianism and Philhellenism | An emblematic exhibition to celebrate the Greek War of Independence bicentennial; American and British Philhellenes