13th Larissa International Film Festival: Short films and a Tribute to 1821 on line 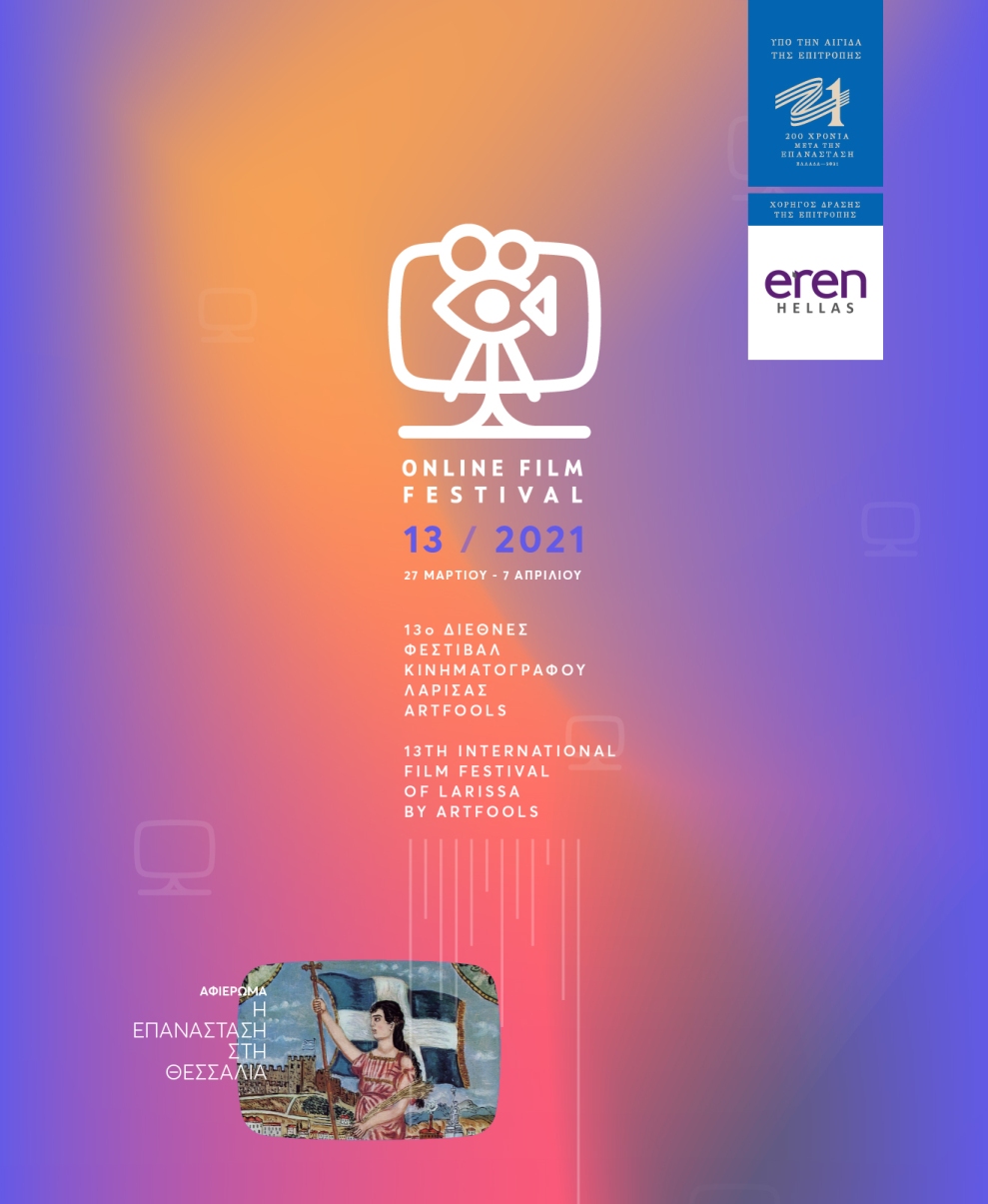 The 13th Larissa International Film Festival Artfools starts on Saturday, March 27 at 12 noon. For a second year, the Festival will take place online from 27 March to 7 April 2021. The Qualifying Committee composed by Robbie Eksiel, film critic, Apostolos Karampasis, music composer and songwriter, and Akis Mitsioulis, director has selected 34 Greek, 42 foreign short films, and 25 short animation films, out of a total of 308 submissions for all over the world, to form the official schedule of the 13th IFFL. President of the jury of the National and International competition section is Gina Petropoulou, artistic director of the Peloponnese Documentary Festival and producer, while the three-member panel of the Animation department chaired by award-winning director Antonis Doussias (Violent equation).

In compliance with the new pandemic regulations, all film screenings will take place online through the Festival's official website. However, the festival has planned a live presentation of the award-winning films in a special screening scheduled for October 2021 with specific dates to be shortly announced along with the Judging Committee for the Official Competition Schedule. Also scheduled for next March in a digital form, is this year main tribute titled “The Greek Revolution in Thessaly” accompanied by a physical all-day presentation also scheduled for October 2021.

The Main Tribute: Revolutionary Movements - The Greek Revolution in Thessaly 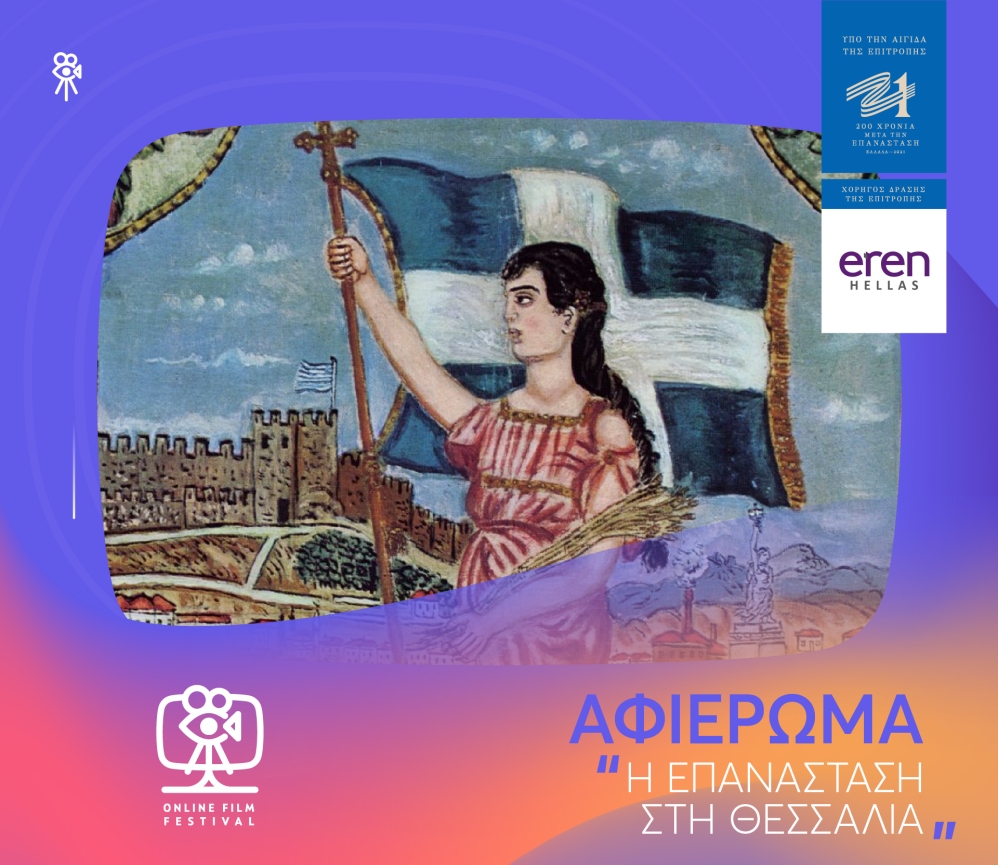 The anniversary tribute is part of the general celebration schedule for the 200 years from the Greek independence War “Greece 2021” aiming to connect historical research and ethnological elements with artistic expression. It includes, amongst others, historical testimonies, short interview videos and web interventions by historians and scholars, art and costume exhibition, relevant Greek folklore songs presentations along with a-film section dedicated to the Greek Independence War as viewed through cinema and TV.

This year the festival is held this year under the auspices of "Greece 2021" and the Region of Thessaly, in collaboration with the Folklore Museum of Larissa, the French Institute of Larissa and the Cultural Center of Teachers of Larissa, and is part of the National Program of Activities and Events of the Commission Greece 2021. A multifaceted tribute to the 1821 liberation struggle will unfold along with the official program of short films in this year's online edition of the event, from March 27 to April 7.

The fiction films of the tribute are “Byron, a ballad for a demon” (1992), by Nikos Koundouros on the stormy life and action of the English poet, philhellene and politician Lord Byron, featuring Manos Vakousis in the main role, and “Theofilos” (1987) by Lakis Papastathis, on the life and work of the leading folk painter Theofilos, which reflects on Greekness and tradition represented by the great naive artist, performed by Dimitris Kataleifos.

Screening of “Theofillos” will be followed by two interventions on the painter’s personality and his work by artist Efi Sdoukos and by the "biographer" of the city, doctor and collector Nikos Papatheodorou on “Theophilos’ relationship with Larisa. Costume designer and dramatologist Ilia Sdralli will analyze the costumes of Nikos Koundouros' film “Byron, a ballad for a demon, based on the designs of the costume designer Dionysis Fotopoulos.

Two documentaries contribute to the "mapping" of the struggle of 1821: “Rigas Velestinlis” follows the life course of Thessalos Rigas Feraios, the forerunner of the Revolution, and Greece 1821 - The uprising of the nation, which, refers in detail to the role of Thessaly in the 1821 uprising. Author, publisher, film critic historian and director Giannis Soldatos in his intervention 1821 in Greek cinema: Time travel with Giannis Soldatos, will examine the relationship between Greek cinema and the revolution of 1821.

Attendance of all the online or live events of the Larissa International Film Festival is free for the public. For more detailed information one can visit the festival website, iffl.gr, through which the screenings will take place.