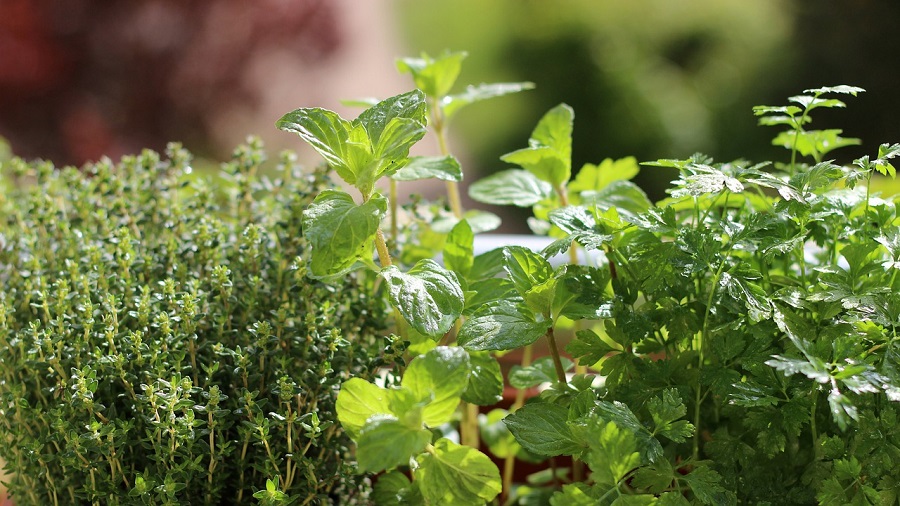 Since ancient times, the Greeks have used herbs and aromatic plants for both medicinal and culinary purposes. According to mythology, Mount Olympus, the "home of the gods", was full of flowers and herbs, available to gods and humans alike. Hippocrates, regarded as "the father of medicine", pointed out the nutritional value of herbs, and stressed their role, along with fresh air and exercise, in promoting good health.

Herbs are in fact an excellent source of vitamins and minerals, from Vitamin K, A and C to manganese, iron and calcium. Nowadays, aromatic plants are not only often added to foods, but are also used in the industrial production of cosmetics, nutritional supplements and medicinal products. Greece offers a wide variety of herbs, traditionally used to season dishes or to brew an infusion. 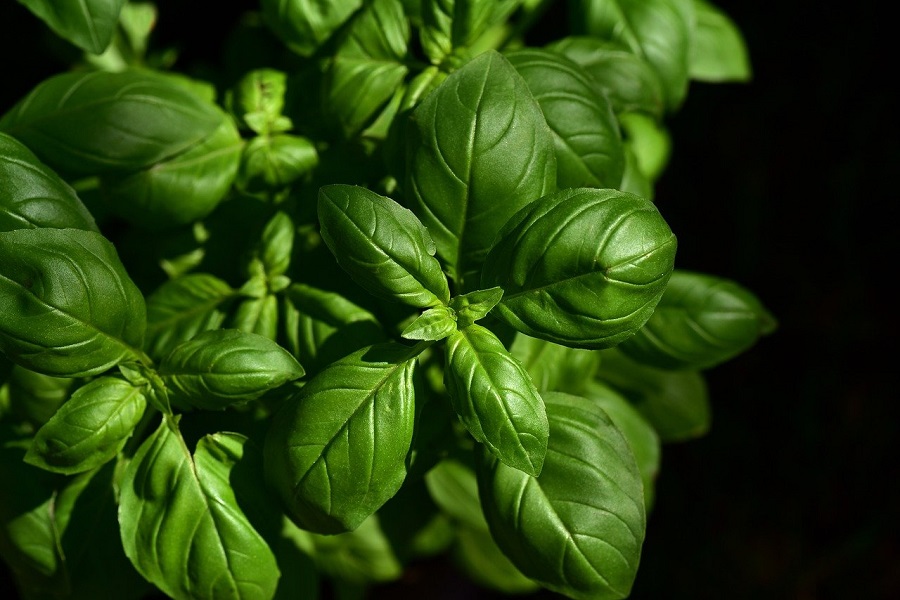 Basil (by ulleo via pixabay)

Of all these plants, oregano and thyme –especially in their dried form– and also parsley and dill –in their fresh form – are perhaps the most ubiquitous in Greek cuisine, found in dishes such as the famous Greek salad and the extremely popular tzatziki dip, but also in grilled fish and meat entrees. They are rich in antioxidants and give a typically Mediterranean flavour. When consumed as an infusion, oregano is said to alleviate respiratory problems, while thyme, is known for its antiseptic and antifungal qualities and for easing muscle pain; dill, on the other hand, is used to soothe headaches and parsley has diuretic and antioxidant effects (although its consumption is discouraged during pregnancy).

Spearmint, another widely used Greek herb, can be found in mountainous and humid regions. But it can often also be found in Greek houses, in flower pots and window boxes, often next to a patch of dill or sweet basil – the famously fragrant herb which draws its name from the Greek word vasilikos "royal". A combination of spearmint, dill and spring onions is a typical seasoning for spring dishes.

Other characteristic Greek herbs often added to sauces stews or used as infusions include rosemary, fennel, coriander, sage, celeriac, bay leaves, mint, marjoram and chamomile. Sideritis, usually referred to as "mountain tea" in Greek, is a plant commonly used as an herbal tea, and has anti- inflammatory and antioxidant qualities comparable to those of green tea. 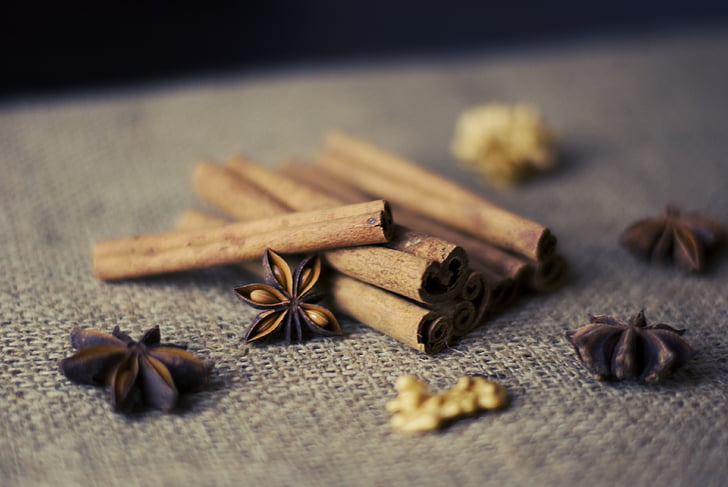 Some of the most widely used spices, traditionally added to stews and tomato sauce or used as condiments, are cinnamon, cloves, nutmeg, cumin, anise seed and, of course, black pepper; cardamom and allspice are also used.

A special mention has to be given to Krokos Kozanis, a unique local variety of saffron crocus of very high quality, produced in the region of Kozani in Western Macedonia; it is PDO protected due to its particularly strong flavour and colouring strength and is also well known for its medicinal and nutritional properties. Krokos Kozanis is used cooking, confectionery, cheese-making, liqueurs and infusions but also in pharmaceuticals and paint production. Used a spice, it adds a delicate aroma and spicy flavour to rice, pasta sauces, chicken, fish, potatoes, pulses, sweets breads and even ice cream. 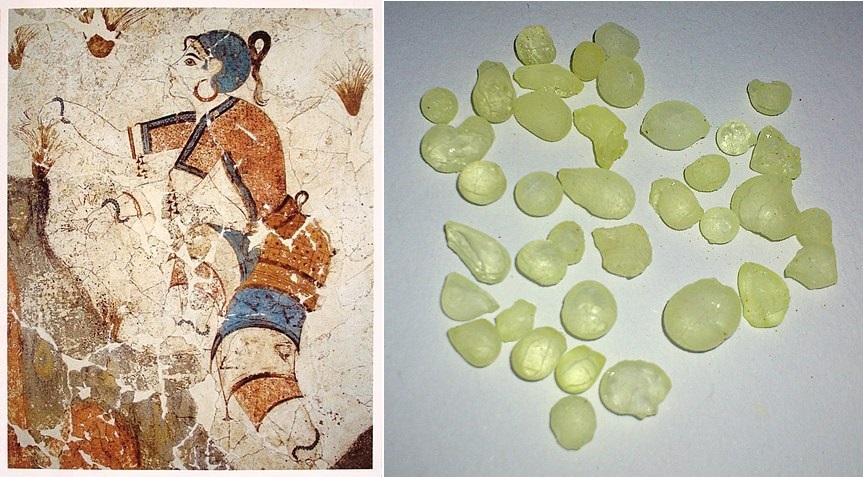 Chios Mastic (Masticha Chiou) is another Greek PDO product with a particularly characteristic aroma and flavour. It is the natural resin excreted by the mastic trees which grow exclusively on the island of Chios in the northern Aegean; after it dries into droplets, it can be chewed as gum, or else be ground into powder then used as a spice. Mastic is traditionally used to flavour desserts such as ice cream, sweet breads, cakes and puddings, giving not just a distinctive taste but also a gummy consistency. They are also typically used in the production of loukoumi delights, liqueur and the sweet paste known in Greece as ypovrichio ("submarine"), and is increasingly used in creative cooking.