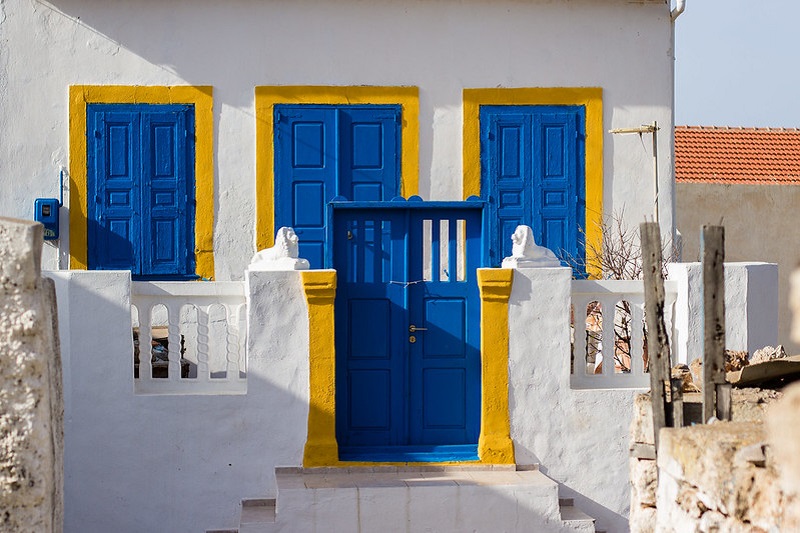 Kassos is a small Greek island located in the southernmost region of the Eastern Aegean in the Dodecanese lying between the islands of Crete and Karpathos. Most of the population in Kassos is employed in the tertiary sector (services, trade, tourism), while the primary sector employs a significant number of people compared to other islands, despite the mountainous land and the few suitable areas for agriculture. With a coastline of 59 km and a population of less than 1,100 people in the five villages of the island, Kassos is a picturesque island rich in history and charm.

In the recent years, local authorities along with a dynamic local community have actively shown a remarkable interest in the sustainable development of their island regarding environment, energy sources, culture and tradition. Starting with a waste recycling program, the municipality of Kassos and the social cooperative enterprise KASIOS have managed to prepare an integrated project towards the energy transition of the island. Having as priority the full de-carbonization of Kassos and its independence from the polluting power plant operating in the neighboring island of Karpathos, the energy transition project of Kassos has been approved by the program EU Clean Energy Islands. The EU program encourages locally driven energy transition initiatives along with other EU actions in line with the European Green Deal which aims to make Europe climate neutral by 2050. 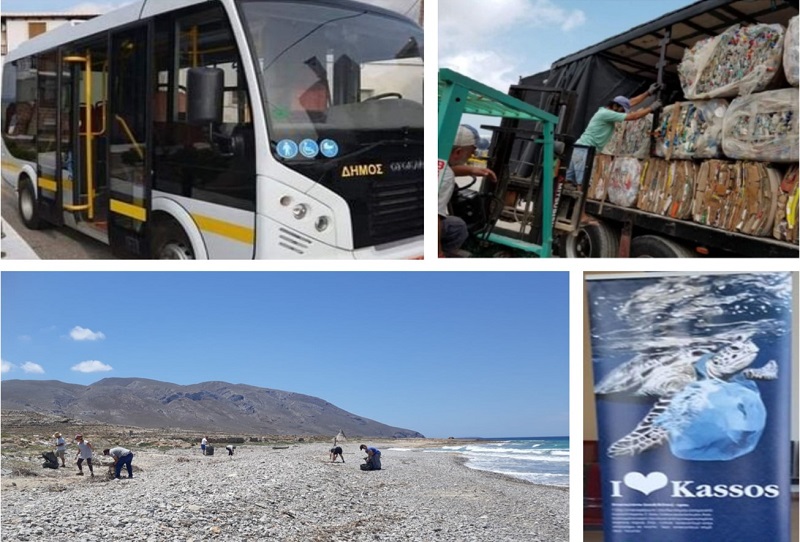 The Clean energy for EU islands is an EU initiative aiming to provide a long-term framework to help islands generate their own sustainable, low-cost energy resulting in increased production of renewable energy, better energy security, less impact on islands' natural environments, creation of new jobs and business opportunities etc. Greece* together with other 13 EU countries (Croatia, Cyprus, Denmark, Estonia, Finland, France, Germany, Greece, Ireland, Italy, Malta, Portugal, Spain, and Sweden) have signed a Memorandum of Understanding with the European Commission which establishes a long-term framework for cooperation to advance the energy transition for European islands. The initiative also offers the possibility of networking among EU islands facilitating cooperation and spreading best practice.

The project of Kassos, prepared with the scientific contribution of the Hellenic Mediterranean University and the participation of the local community aims, to make the island completely energy independent showing at the same time respect to the natural and human environment. Combining the creation of energy storage facilities with the clean production of electric and thermal energy using the available renewable energy sources of the island, Kassos intends to be a fully de-carbonized island. According to the project, Kassos is blessed in extremely high wind potential (verified annual average wind velocity in many locations higher than 11.5 m/s) and average global horizontal irradiance at the range of 2,000 kWh/m2. Intensive land morphology also offers several appropriate sites for the installation of Pumped Hydro Storage systems. Electric mobility for all transportations in the island and energy efficiency buildings are also foreseen in the energy transition project. 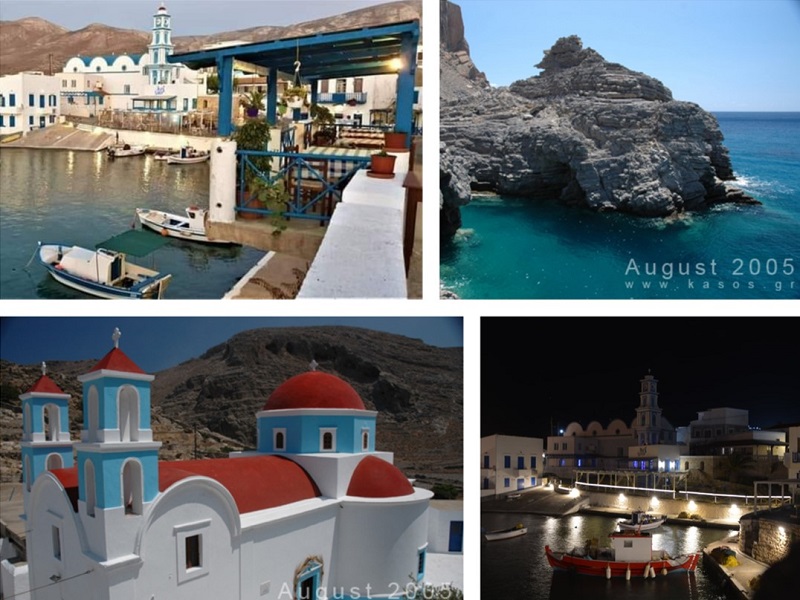 Raising inhabitants’ and visitors’ awareness is also a crucial component of the project as the success of the island’s transition depends on people’s participation making the behavioral change the biggest challenge of all. Through accurate and thorough information campaigns, local authorities along with experts from universities and environment organizations will inform all inhabitants about the benefits of the energy transition and the damages caused to natural and human environment in case of non-reasonable use of energy. The aim is to convince and engage people to the cause of energy transition according to everyone’s personal and professional interests.

The decarbonization of Kassos and its transformation to a green island is not the only ambition of the inhabitants. The active local community of Kassos through their local authorities and the island’s social cooperative enterprise KASIOS aims to promote the sustainable development of Kassos in various domains enhancing social cohesion and local growth for the common interest. Wishing to safeguard their traditions, culture, food etc the Kassians are mainly interested in the production of artisanal products, the preservation of traditional occupations, the provision of services in domains such as culture, environment, ecology, education etc. We should not forget that Kassos, because of its location, has avoided overtourism that other islands have suffered keeping its originality which features in traditional festivals, unique musicians and local food specialties.

** Apart from Kassos, the Greek islands of Samos, Chalki, Sifnos and Symi are participating in the EU Clean Energy Islands program, while the islands of Zakynthos, Samothraki, Ikaria, Amorgos and Patmos have expressed their interest to submit their energy transition agendas, too. The island of Crete intends to finalize and publish its own agenda in the near future, according to the website of the EU program.