The Cultural Route of the Ancient Theatres of Epirus 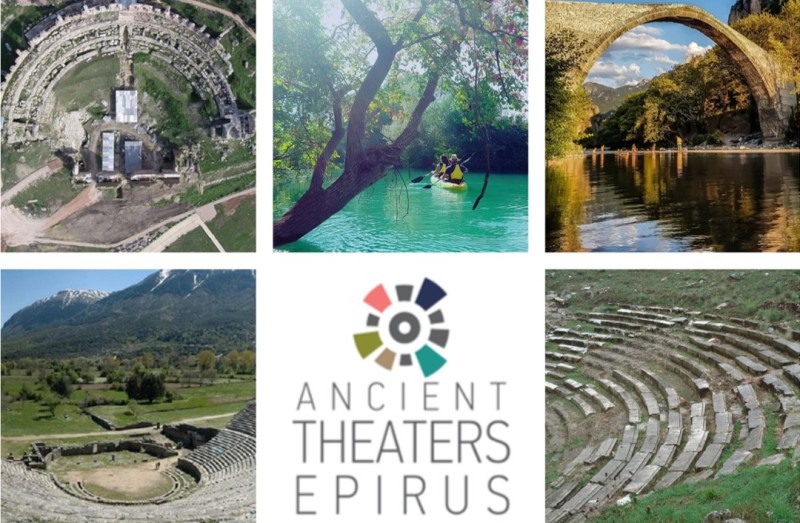 The Cultural Route of the Ancient Theatres of Epirus is a project inaugurated by the regional authority of Epirus with the aim to promote the region’s five architectural treasures from antiquity (Dodona, Gitana, Amvrakia, Kassope and the Roman theatre of Nikopolis) offering a wonderful journey to the Ancient Greece, but also to the places of interest and features of the modern region.

The regional authority of Epirus along with the Diazoma association has launched this innovative project, a brand new tourist trail which is 344 km long and covers 2,500 years of history, at the north-western part of Greece. The project which is baked and financed by the EU mainly concerns the restoration of the five ancient theaters, but it goes beyond just renovating these ancient landmarks for people to observe. As the architect and engineer Georgios Smyris from the University of Ioannina explains “theatres are constructions that have an inherent sociability. An ancient theatre can be used to teach theatre; it can be used for educational purposes. People can meet and interact. The goal is not only to see but to use. This is the great challenge faced."

In antiquity, theatre was much more than what it represents nowadays. Theatres were set in the centre of political, social and religious life: the acropolis, the agora, the stadium, the bouleuterion, the sanctuaries. The great works of the ancient drama that were preformed in theaters did not only entertain citizens but also educated them reflecting the intellectual, political, philosophical and metaphysical concerns of the time. The theatre was the quintessence of Greek civilization, a means of expressing measure, simplicity and harmony, and one of the criteria by which Pausanias recognized cities in the East as being Greek. Theatres were distinguished by their simplicity of design, with a circular or semicircular seating layout, which, combined with the height difference between the tiers, achieved a unique combination of an unimpeded view and excellent acoustics.

The five Ancient Theatres of Epirus

The Ancient Theatre of Amvrakia 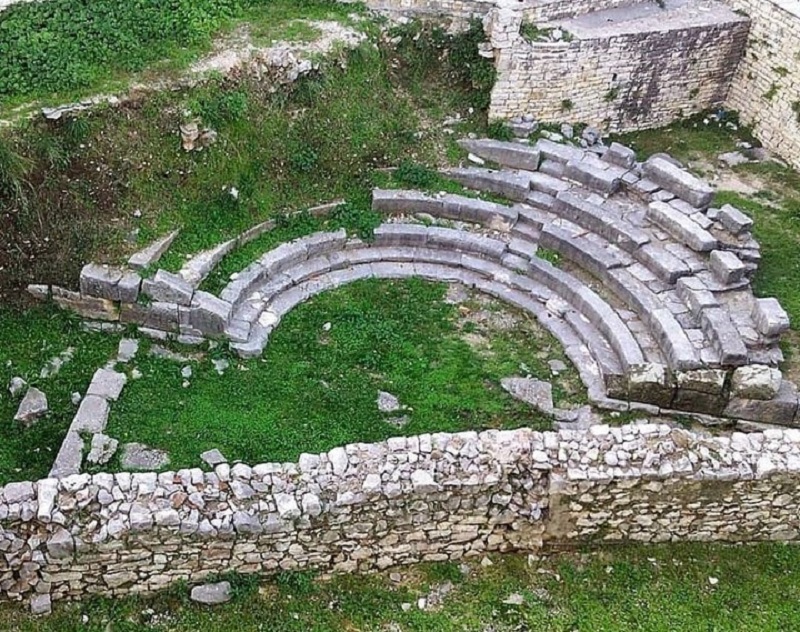 The small theatre of Amvrakia is the smallest of all ancient Greek theatres uncovered to date. It is dated between the late fourth – early third century BC, during the reign of Pyrhus. In contrast to most ancient Greek theatres, the small Theater of Amvrakia was not built on a natural incline, but rested on a filled slope. The backfill included older constructions: the foundations of houses dating to the 5thcentury BC and baths dating to the 4th century BC.

The Ancient Theatre of Gitana 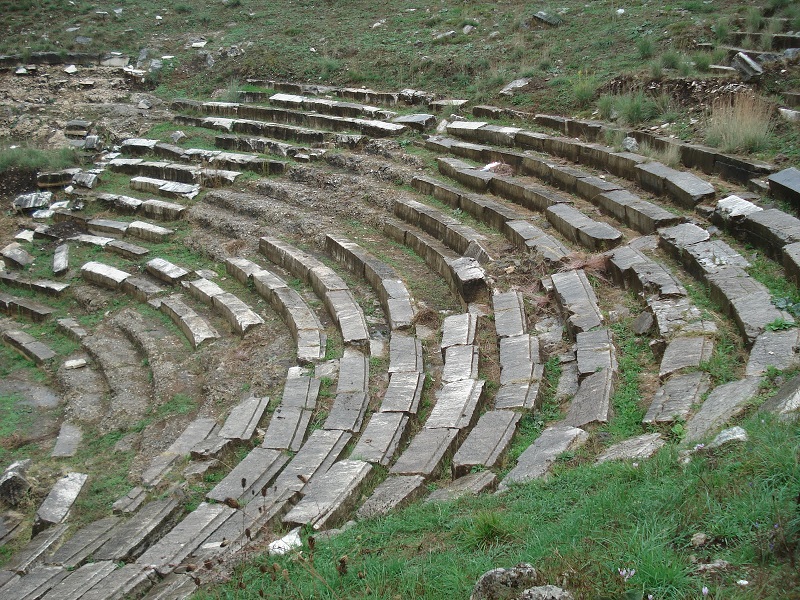 The theatre of Gitana was built in the mid-3rd century BC, a time of increased building activity in Epirus, and destroyed by the Romans in 167 BC. The theatre is built on the lower level of the settlement, outside the walls, and is protected by a rampart. Further natural protection is afforded by the River Kalamas, towards which it is oriented.

The Ancient Theatre of Dodona 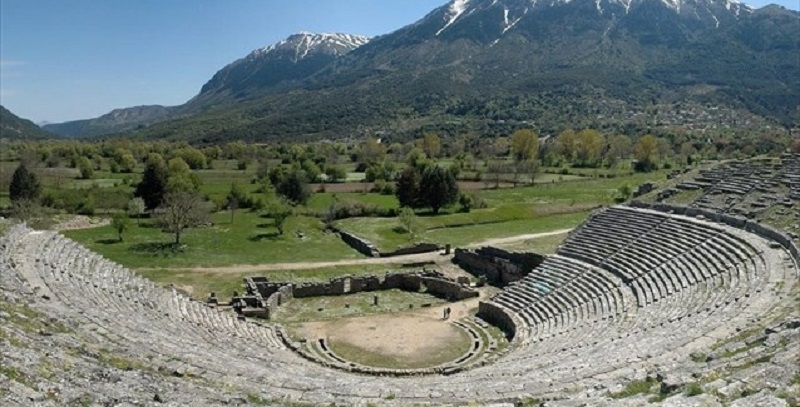 The theatre of Dodona (built in the early 3rd c. BC) is one of the largest theatres in Greece, with a capacity of approximately 15,000-17,000 spectators. Dodona, which lies just 20 kilometers from the city of Ioannina, is one of the most famous archaeological sites in Greece, as it was the home of the ancient oracle of Zeus, who would issue prophecies under a sacred oak tree. The grand Theater of Dodona changed with the passage of time.. The greatest change, or rather, alteration is the one that occurred during Roman times, possibly at the time of Emperor Augustus. Complying with the mores and interests of the Romans, the theater’s orchestra was turned into an arena hosting wild animal fights.

The Ancient Theatre of Kassope 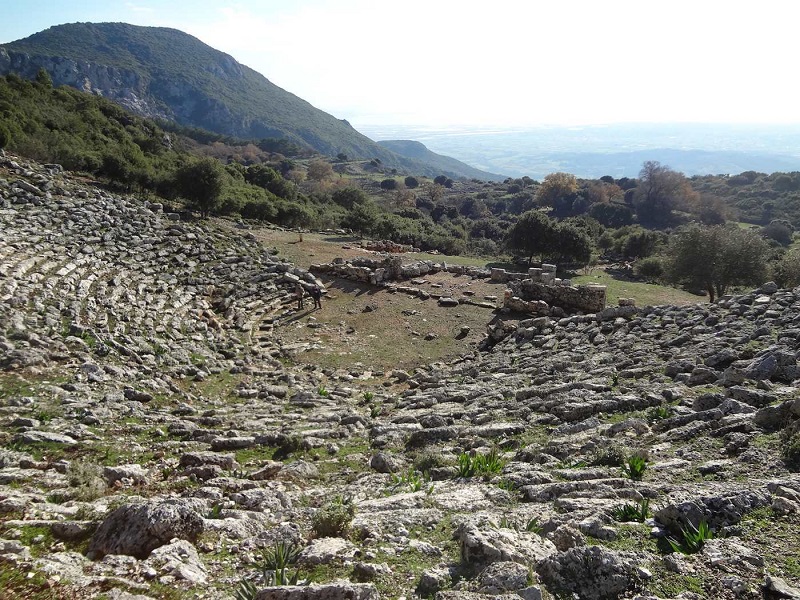 The theatre of Kassope was built in the early 3rd century BC as a space to watch theatrical performances and gather to discuss political matters. The Theater of Kassope was constructed on the foothills of the city’s highest hill, beneath the NW acropolis. The theater’s orientation was not a random choice. Spectators could not only enjoy the poets’ creations but also panoramic views over the Ambracian Gulf, the Ionian Sea and the island of Lefkada.

The Ancient Theatre of Nikopolis

The imposing Roman theater of Nikopolis was built by Octavian, subsequently Caesar Augustus who after his victory in the naval battle of Actium in 31 BC he decided to found an entire new city under the name Nikopolis, the City of Victory in Greek. The theatre was in continuous use between the 1st century BC and the 3rd century AD. Artists, spectators, the famous and the unknown, entire generations attended—even the notorious Roman emperor Nero himself, who “tried his hand” at music and tragedy and, naturally, won!

The five ancient theatres of Epirus are at the core of the Cultural Route acting as a single cohesive element that underpins the Route offering a rich, multi-dimensional and holistic cultural experience. The project that has a total budget of 24 million EUR of which 80% comes from the EU, aims to attract Greek and foreign visitors who are interested in archaeology, history and the arts.

Epirus, located at the north-western part of Greece is the most alpine region in the country and it has historically been a remote and isolated region due to its location between the Pindus mountains and the sea. Yet nowadays the region offers a rich and diversified tourist product including hiking in the mountains, sightseeing, local gastronomy, sea sports, ecotourism, cultural and religious tourism etc. With an unspoiled nature and breathtaking landscapes the region of Epirus offers a wide range of attractions from lakes, rivers and stone-built bridges, to Byzantine monasteries, traditional villages and superb beaches on the Ionian Sea. Lovely towns with remarkable history and cultural heritage contribute to a holistic tourism experience for visitors. 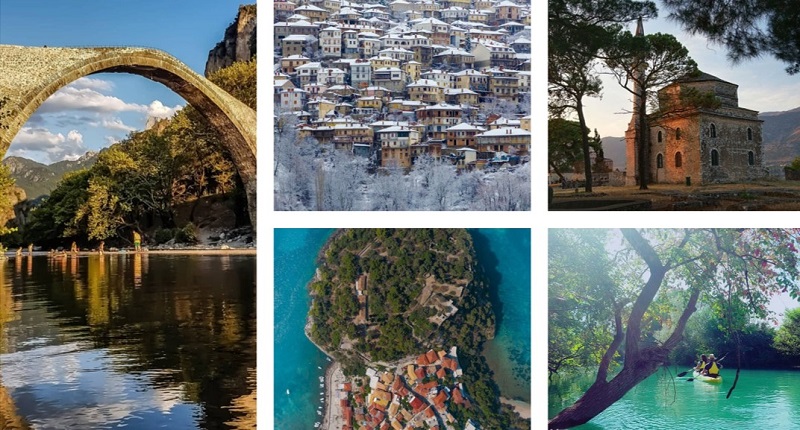 The five archaeological sites of the region and their theaters will serve as gateways for travelers who wish to explore Epirus and visit the towns of Ioannina, Arta and Preveza, the picturesque Zagorochoria villages, the village of Metsovo, the exotic beaches of Parga and Syvota tasting the local gastronomy and products. In Epirus and in Greece the journey to the Ancient world always leads to the discovery and the enjoyment of the place’s modern side.

To support this vision, a business cluster acting as a Destination Marketing and Management Organization has been created with the participation of hotels, restaurants, tourist agencies and local producers. The cluster is available to any tourism professionals wishing to operate in Epirus’ new tourism product and will pursue the continuous improvement of the product and its enrichment with new activities. "The cultural route will succeed when the visitors taste and feel the current culture, the daily culture of the region they're visiting," says Nikos Karabelas from the project's monitoring committee. Visitors in this case will experience Epirus' warm, authentic hospitality.