Modern Sparta and its museums 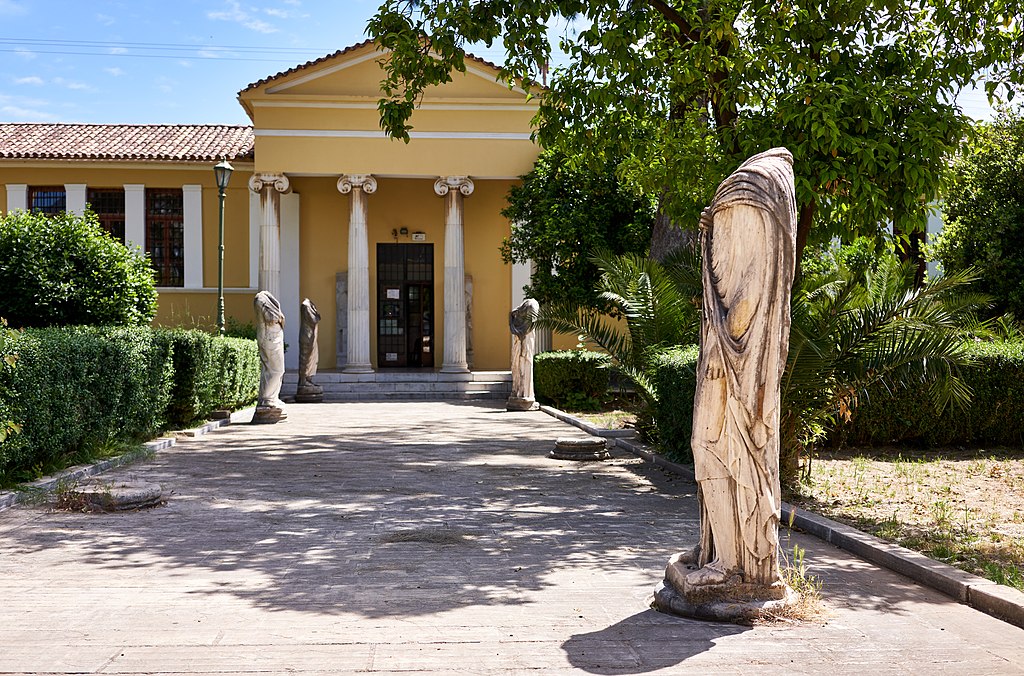 The town of Sparta in the Peloponnese is famous as the site of the eponymous Ancient Greek city-state, one of the most prominent ones in Greek history, and arguably the greatest military land-power in Greece for several centuries.

All institutions and all aspects of social life in oligarchic Sparta and its greater area of Lacedaemon were organised with the aim of ensuring military supremacy; people, and especially men, were raised with the sole purpose of becoming efficient soldiers, and their rigorous lifelong training did indeed secure them great military successes and the ensuing reputation. This also led to along-standingfeud with Athens, a great naval power whose citizens adhered to a very different lifestyle and set of values.

The Peloponnesian War (431-404 BC), fought between the two powers and their respective allies, marked the end of the so-called "Golden Age of Athens", during which the democratic Athenian state had been established as the foremost Greek city-state for the greater part of the 5th century BC. Sparta came out victorious and was, for a number of years, the leading power of Greece. 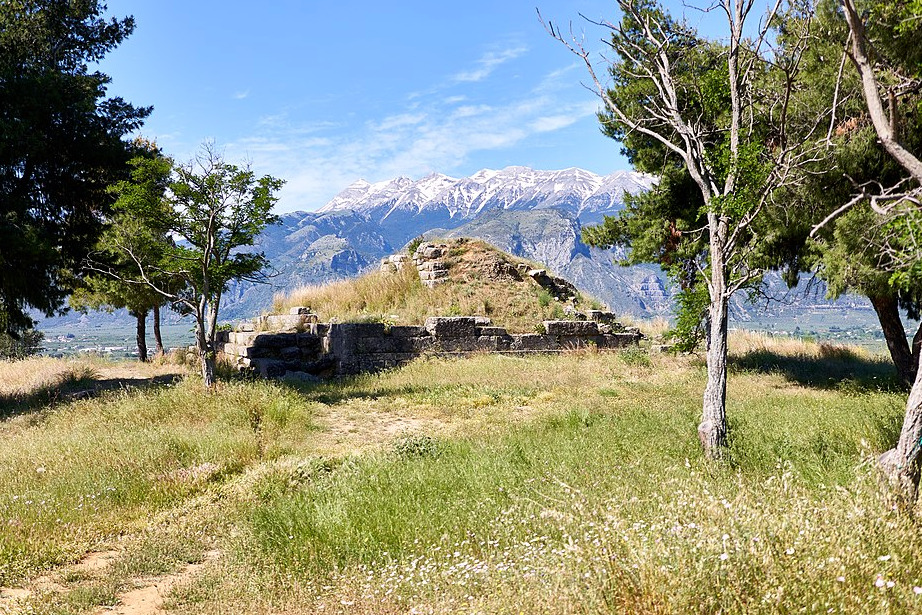 The site of Menelaion shrine (by George E. Koronaios via Wikimedia Commons)

However, its primacy did not go unchallenged: other city-states, such as Argos and Thebes, would soon emerge with claims to power. The Persian Empire, taking advantage of the prolonged war, reconquered the Greek settlements in Asia Minor. In the midst of rivalries between the rest of the Greek city-states, the kingdom of Macedonia from the north would eventually take over the rule of the entire territory of Greece in 338 BC.

Modern day Sparta was essentially established as a city by Otto, the first King of Greece, who came from the royal line of Bavaria. Inspired by philhellenism and classicism, the Bavarians opted for the revival of the two iconic cities of the Classic Period: in 1834, the Greek capital was transferred from Nafplion to Athens (a small rural town at the time) and a Royal Decree was issued founding the modern city of Sparta on the site of its ancient counterpart. The area’s population resettled there from the nearby fortified town of Mystras, which had been the region’s most prominent city during the Middle Ages and the Ottoman rule. 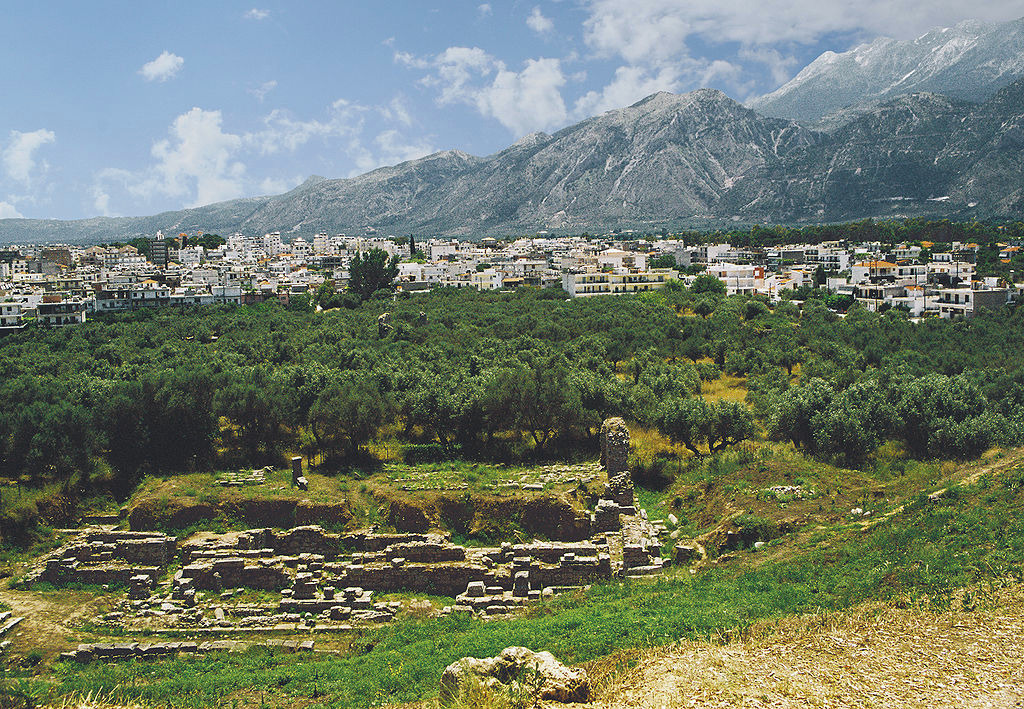 The ancient theatre of Sparta, with the modern town of Sparta and Mount Taygetus in the background (by ulrichstill via Wikimedia Commons)

Although it stands virtually on the same site as the ancient city, contemporary Sparta does not retain much evidence of its glorious past, although some interesting traces are preserved on the outskirts of the city. In the plain of the historic river Eurotas, on the Profitis Ilias hill, stand the few remains of the famous Menelaion, a shrine believed to have been built by the Spartans in the 8th century BC to honour the mythical King Menelaus.

Very few traces remain of the Sanctuary of Artemis Orthia ("Standing Artemis"), which used to be one of the most important temples in the area, initially built in c. 700 BC; the same is true for the sanctuary of Athena Chalkioikos ("of the Brazen House"). Other archaeological sites include the ruins of the ruins of the Roman walls around the acropolis and of a large Roman stoa, the remains of a circular temple from Hellenistic times and, most importantly, the ruins of the large and impressive ancient theatre probably built in the late 1st century BC.

There are two important museums in the city of Sparta: the Archaeological Museum and the Museum of the Olive and Greek Olive Oil. The Archaeological Museum of Sparta houses a collection which has been built since 1872, after the destruction of an earlier collection in a fire. The museum’s building was erected in 1874-1876 on a design by Greek architect G. Katsaros (although for some time it was mistakenly attributed to the famous Danish architect Th. Hansen). It is considered the first archaeological museum to have been founded in a Greek provincial town.

In the museum's lobby, you can see votive stelae dating to the second century AD, coming from the sanctuary of Artemis Orthia. In the halls, visitors can admire findings from the sanctuaries of Artemis Orthia and Athena Chalkioikos, such as ivory, stone, and clay offerings, sculptures from Sparta and the surrounding area, parts of marble sarcophagi, but also prehistoric burial gifts and Roman mosaics. Other notable exhibits include architectural parts of the sanctuary of Apollo of Amyklae, and the statue of a Spartan warrior identified by some as King Leonidas. 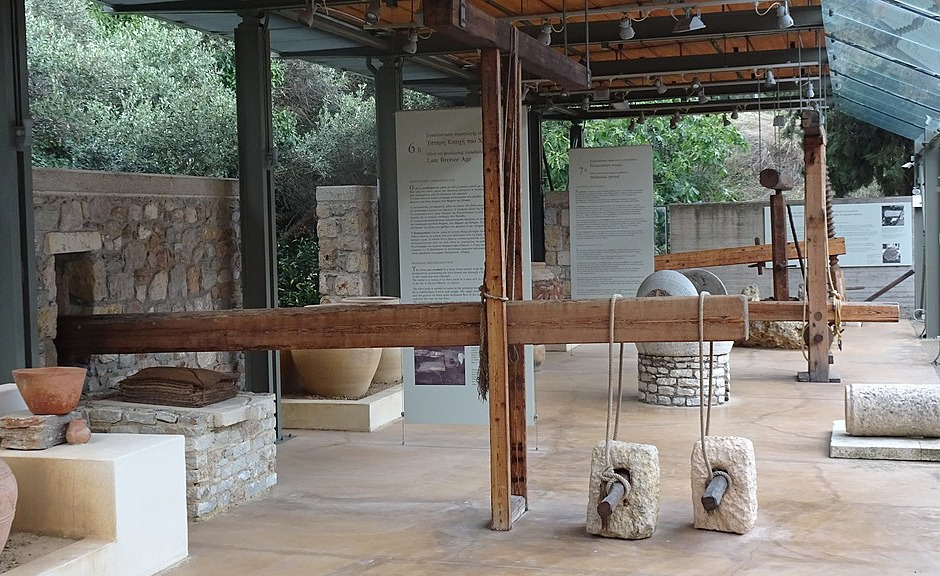 The Museum of the Olive and Greek Olive Oil was founded in 2003, inspired by the region’s long-standing tradition in olive and olive oil production. It is the first museum in Greece dedicated to the history and technology of oil production which dates back several thousand years. Exhibits include historical and prehistorical evidence, from fossilised olive leaves to replicas of various presses (illustrating the evolution of technology in the production of oil), while visitors familiarised with the financial as well as cultural significance of olive trees and their fruit.

Read also via Greek News Agenda: The medieval ghost town of Mystras; Thermopylae - Salamis 2020: 2.500 years of history; "Proving History": Online exhibition on the Battles of Thermopylae and Salami; Mountainous Arcadia: A ‘mythical’ destination in the Peloponnese

Based on an article originally published on Griechenland Aktuel by A. Lambrou. (Intro photo: The entrance to the Archaeological Museum of Sparta [by George E. Koronaios via Wikimedia Commons])